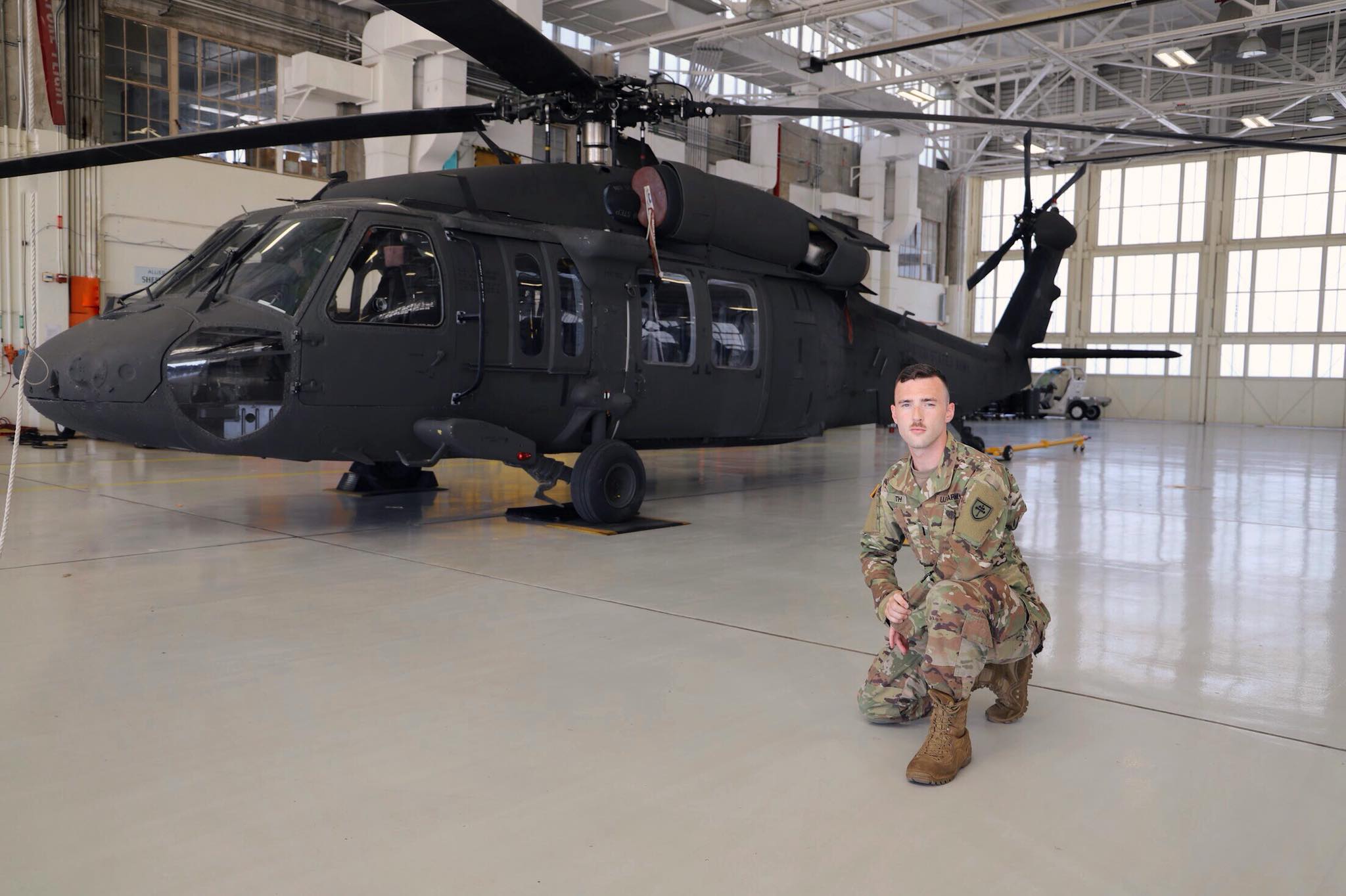 This weekend, some will assemble at various beaches, national parks, and monuments, and at poolside BBQs to celebrate 4th of July, the commemoration of America’s independence from colonial rule, if not the way this nation has treated the minority groups that have tried so hard to make it better.

According to a recent survey from the Rand Corporation, 6.1% of the military’s members identify as LGBTQ.

In honor of this fact of sacrifice, we caught up with Captain Eric Smith, D.C. resident, Army reservist, and recent law school graduate, who FaceTimed us from his trip to San Antonio to discuss ‘Don’t Ask, Don’t Tell,’ his upcoming wedding, and DC statehood. 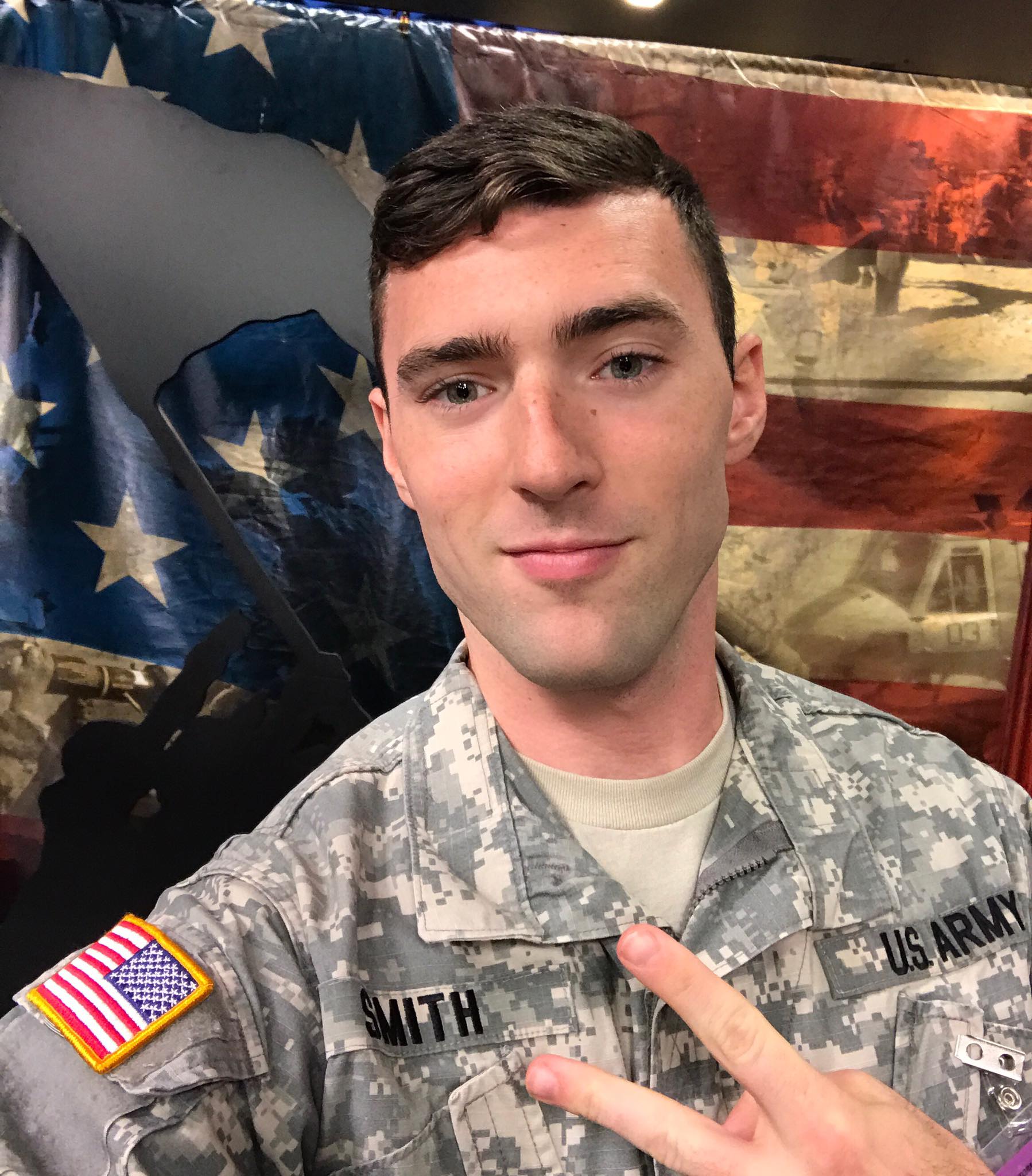 First off, I’d like to thank you for your service. You are currently in the Army Reserve, correct?

Yea, I am. Over the years I’ve been on active duty, I’ve been a traditional reservist, now I do all my work for the Army at one time a year. So, I go for about 5 weeks each summer, actually out here in San Antonio. And I work for US Army North, which is the Army command that is responsible for all Army forces in North America. Traditionally, when you have a really big joint mission here in the states, we also become the joint forces land component command. We command all land forces, which could include Marines, and Army, and sometimes others.

What is your rank? 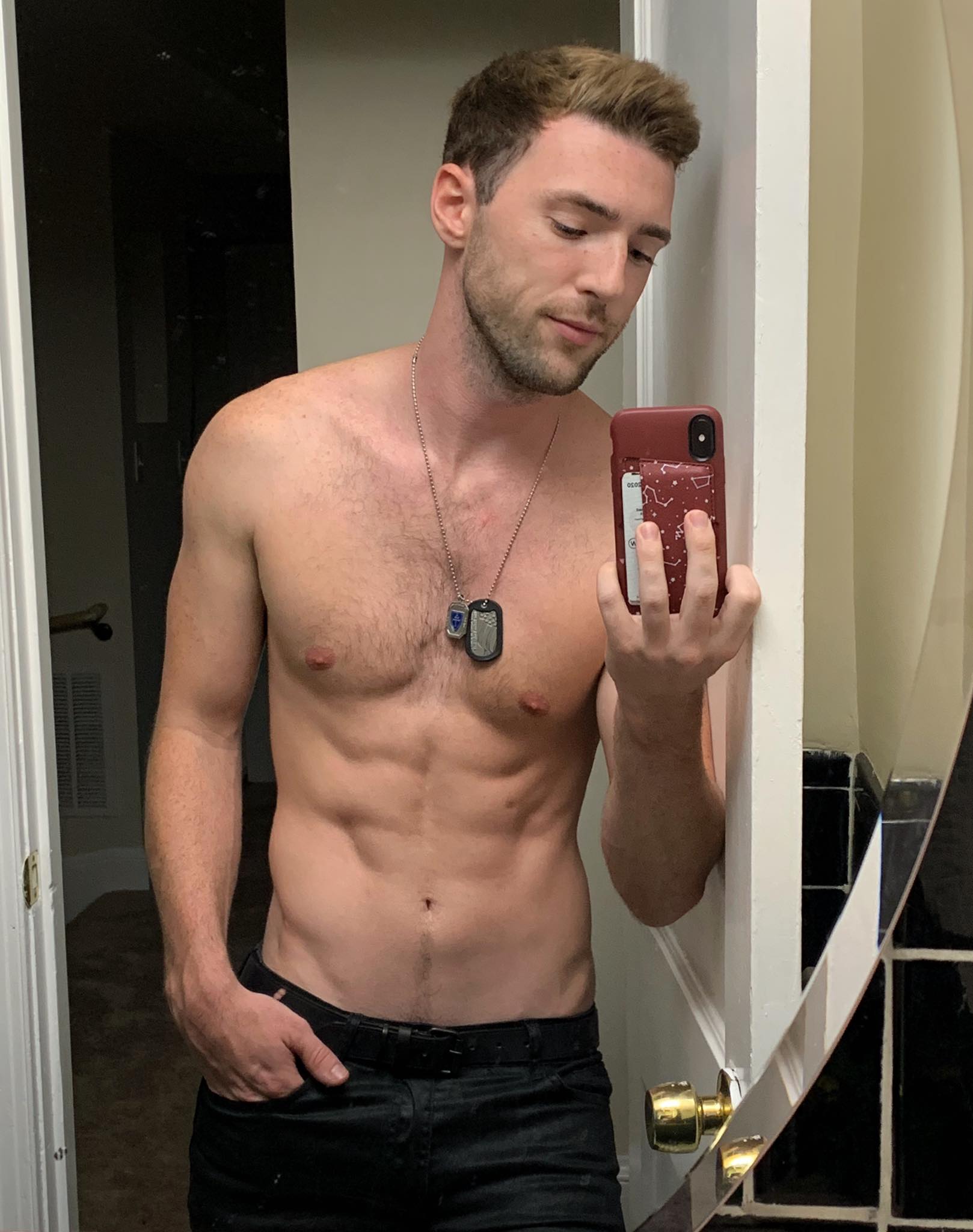 What motivated you to join the Army?

I come from a military family. Every man in my family, as far back as the Civil War, has served in a branch of the military. You can say it’s really in my blood. And that’s not uncommon. I don’t have the statistics in front of me right now, but I would say the majority of soldiers come from military families. We have a warrior caste of people who do this work. Who stand up and recognize the importance of this work. 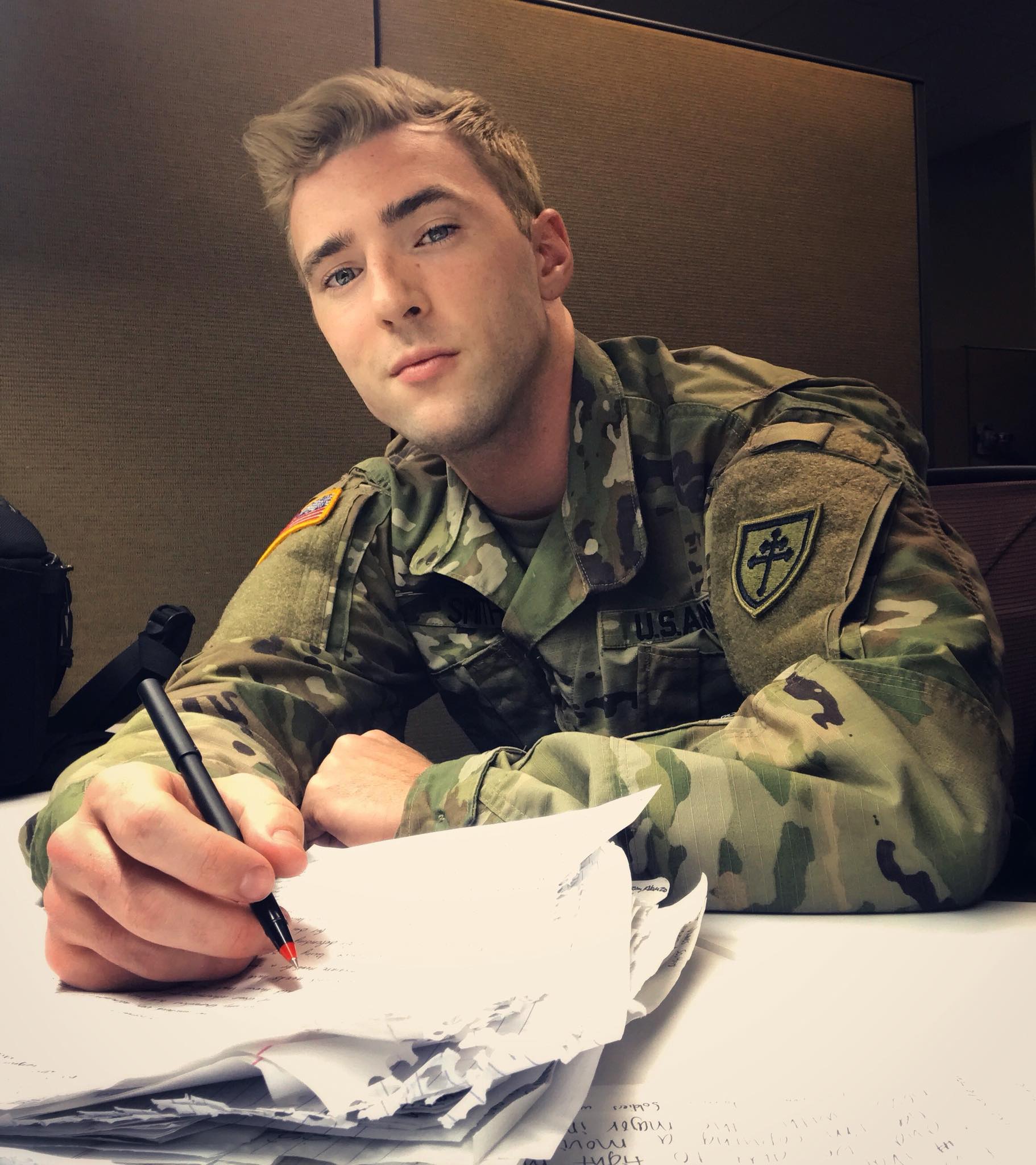 Now, I grew up in the ’90s during the whole “Don’t Ask, Don’t Tell” policy. The military was overtly homophobic back then. What was your experience as a gay man in the military?

Even though I’ve only been in for a little over 9 years, I was in the Army  ROTC from 2008-2012, which meant I did serve during DADT. My first experience was signing paperwork where I had to sign on the dotted line that I understood DADT policy. Then I had to certify that this wasn’t a topic I would broach.

One thing that’s misunderstood about DADT is there is an understanding based upon the name that it was okay to be gay in the military as long as you didn’t talk about it. Really, that’s not true. The real understanding of DADT is that they would not ask you about it. However, if they found out about it by any means you could be kicked out. It was this really scary thing hanging over my head. People in the military, like any other job, rely on their work, they rely on the military for benefits, for stability in their lives. I was on an Army scholarship in college. I came from a family that wasn’t accepting of being gay. Signing that paperwork was terrifying. I realized at any point during my time in college (at that point we didn’t know if DADT would be repealed) if anyone ever found out I could be kicked out of school. I wouldn’t have a home to return to. It was a lot for gay folks joining the military.

You did get your law degree out of it. Congrats on that by the way. 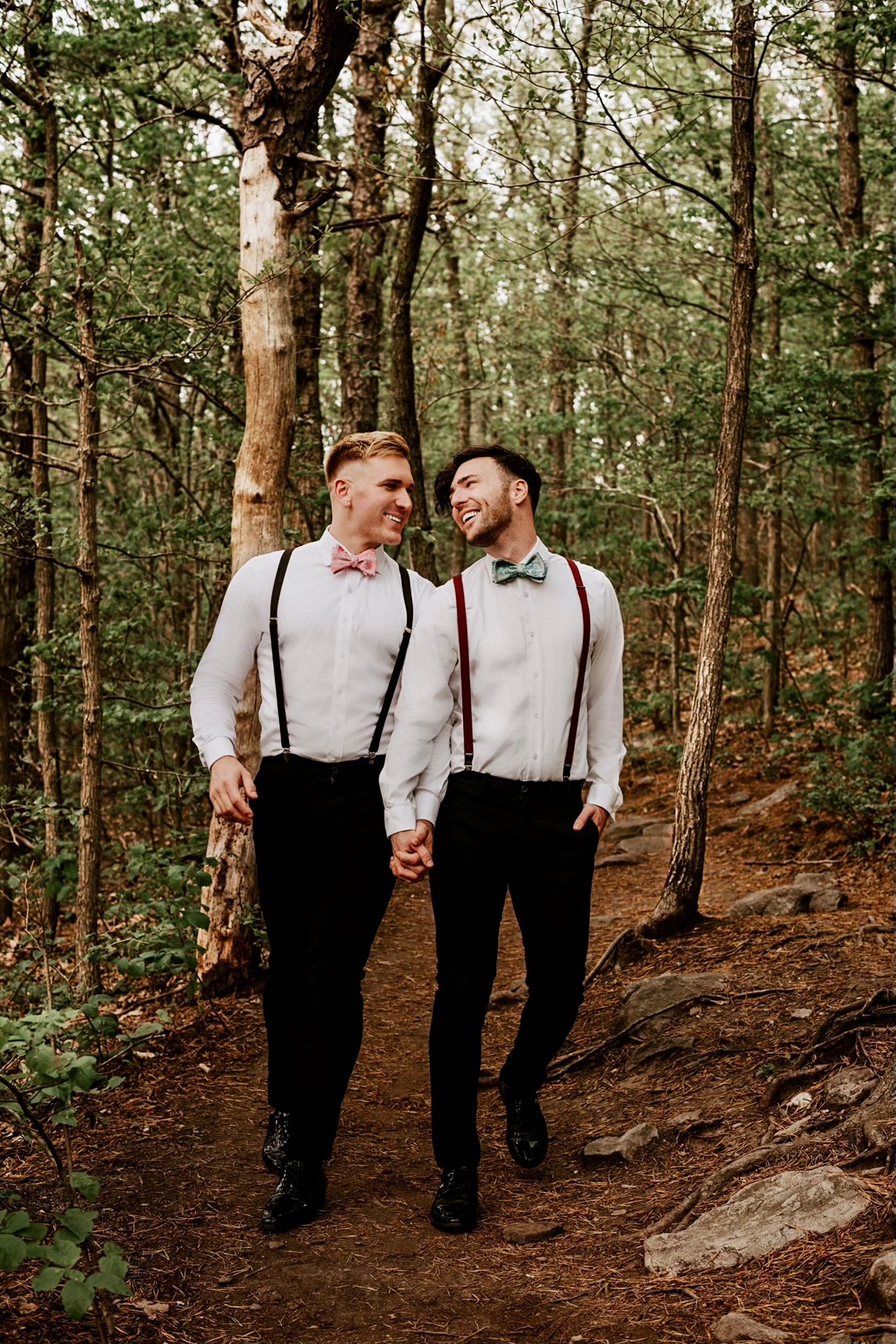 And you have a wedding coming up. How did you meet your fiancee Colin? What was your Meet Cute’?

Colin and I met on the dance floor on New Years’ Eve 2018 into 2019. I guess it was a classic Meet Cute. We met on a dating app a week prior, technically. We did a few messages. It didn’t really didn’t take off or go anywhere. It was mainly, “Hi” and “What’s your name.” But it was enough for us to recognize each other that night. And I’m really grateful that we did. As we danced together, I sorta leaned in and said, “We really need to go on a date, right?” He agreed and a week later we went out for the first time. It was pretty whirlwind. He basically moved in a month later.

That’s so lesbian, I love it! 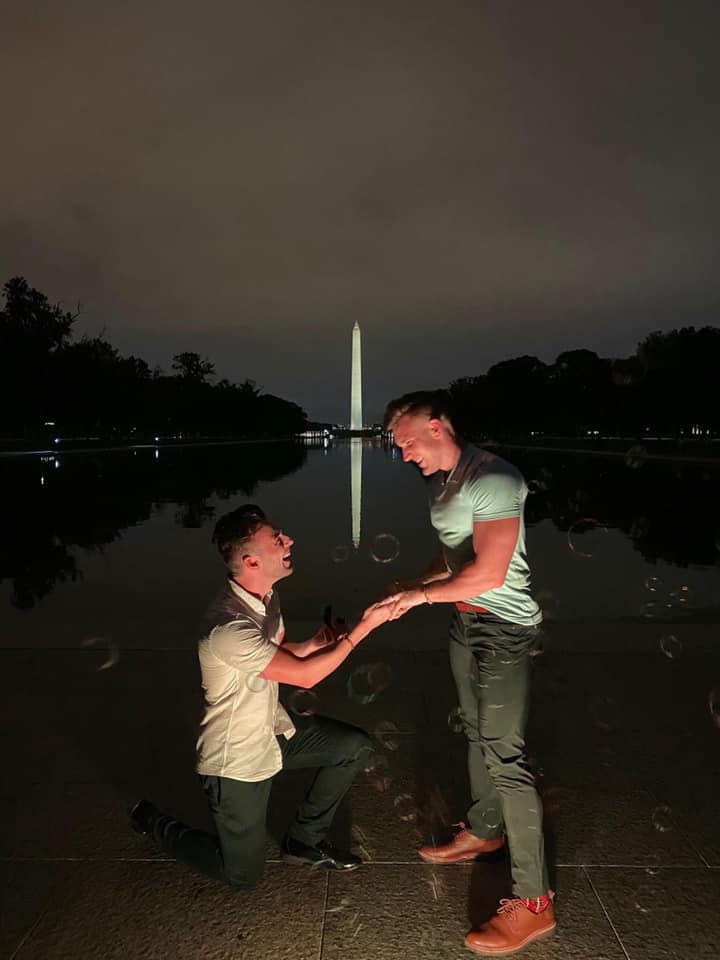 When is the wedding?

What’s the hardest part of planning a wedding?

Ha! The hardest point? Delegating. Understanding that you can’t do it on your own. This is a relatively small wedding. I know people have hundreds and hundreds of guests. We have only a hundred. But it’s a lot of moving pieces. There are the fun parts, getting the caterer, going to tastings, and everything. But, overall it can be very overwhelming. I have one shot to do this right. I’m not getting married again. This is going to be the most special day of my life. How am I going to make it happen? 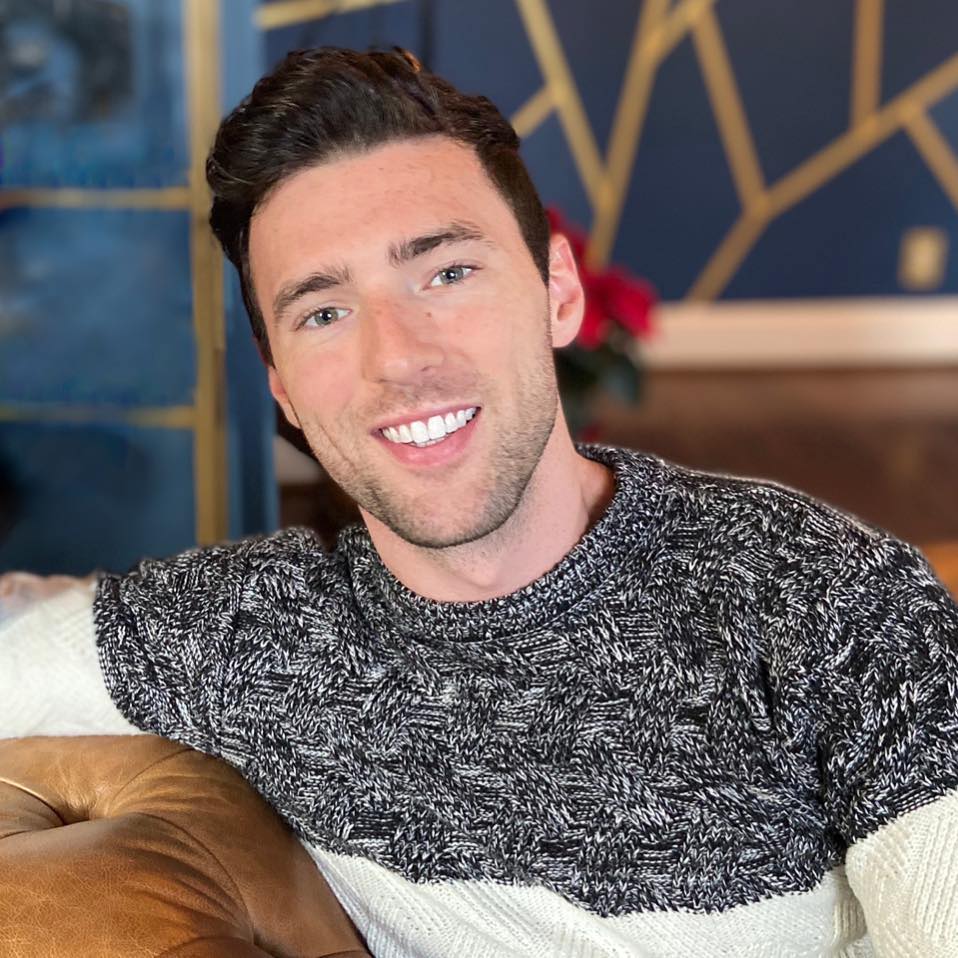 The reason that you are able to get married is because of a SCOTUS ruling. Right now we have a very conservative Supreme Court. Are you concerned that this new lineup is going to affect same-sex marriage laws?

I worry that it will affect LGBT rights. There are still areas of law, like housing discrimination, where LGBT people may be legally discriminated against. Those are areas that must be changed. I am less worried that we will see the rights of gay marriage overturned. I don’t think even this court would do that. The Supreme Court is generally hesitant to change its past precedent, especially recent precedent. I would say as well, SCOTUS relies on public opinion for its power. The reason it works that way is that, unlike the legislative branch that controls the money, and the executive branch that controls the actual movement of government, the judiciary doesn’t have that. All they have is goodwill to have the other two branches and people do what they want. To some extent, making a very unpopular choice, which overturning gay marriage would be in today’s environment (you can look at the statistics but I believe we’re up to around 70% of Americans approve of gay marriage), you would really undermine that if you overturn it. So no, I don’t worry… at least about that. 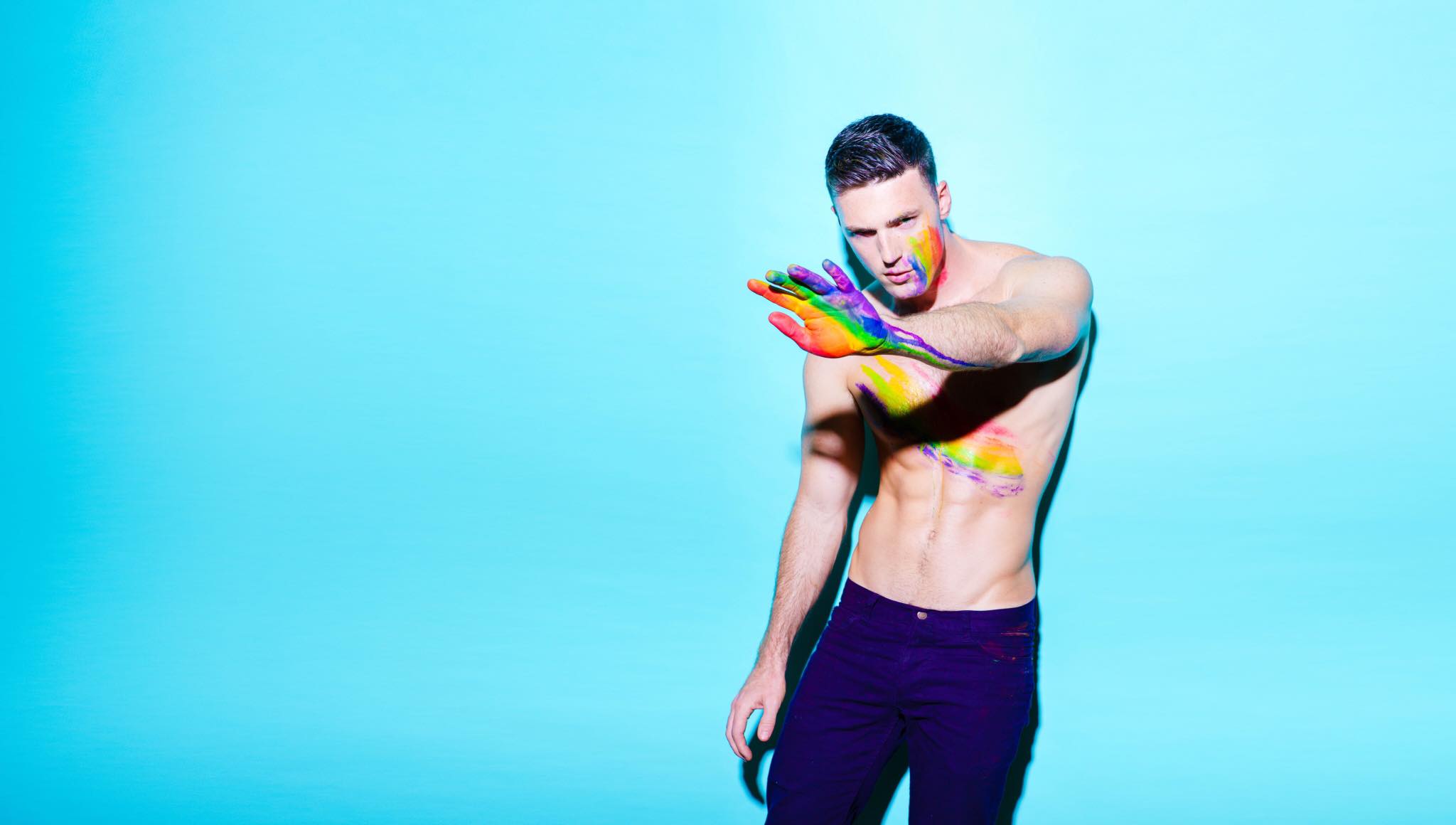 So you are currently living in D.C. You’ve lived in a lot of places. I knew you when you were in L.A., and you have family in San Antonio. What do you think makes “gay DC” different than other cities?

It is different. D.C. is unique because I find the gay community is incorporated everywhere. When you think of L.A., you think of West Hollywood. A lot of gay La is squeezed into just a few blocks. That’s not how D.C. is. It has an incredibly high percentage of LGBT folks in the city. You’ll find it in all parts of D.C. life. It’s not that we don’t have a community there. We have amazing gay bars, and extracurricular sports leagues, and everything. You can go almost anywhere and meet fellow gay people. It’s what’s special about D.C.

Say you have a gay friend coming to D.C. that’s never been there before. Where would you recommend that he go?

My favorite club is probably Pitchers. It’s an awesome, hometown gay bar where you can actually dance. They have multiple levels, arcade games, and they have an additional club in the basement that connected called A League of Her Own. There’s a lesbian club carved out there. It’s home to a lot of community activities out there. It’s great.

Annie’s Steak House is on 17th St and it’s a great gay restaurant. The entire 17th St corridor is very gay. A lot of gay folks live there, work there, and eat there. Annies is an establishment, it’s been there for a very long time.

My favorite concert venue is Echo Stage. It may be a surprising answer for some people except it is home to some of the best EDM shows in the country, even the world.

Last question, where do you stand on DC statehood?

D.C. should be a state. I don’t think anyone can objectively look at the facts and say, “D.C. shouldn’t be a state.” You’ve got 700,000 people living in this, admittedly, small geographic area. That’s 700,00 people being disenfranchised, with no representation in Congress. It really doesn’t matter what party you are a part of. I think you can look at that and understand it’s not right. But the reality is that there are politics at work there. I understand that one party that would certainly be faced with 2 additional senators from the other party would oppose it. But it’s not in good faith.  It’s not because they honestly don’t think D.C. should be a state.

It should be, it’s time, make it happen.