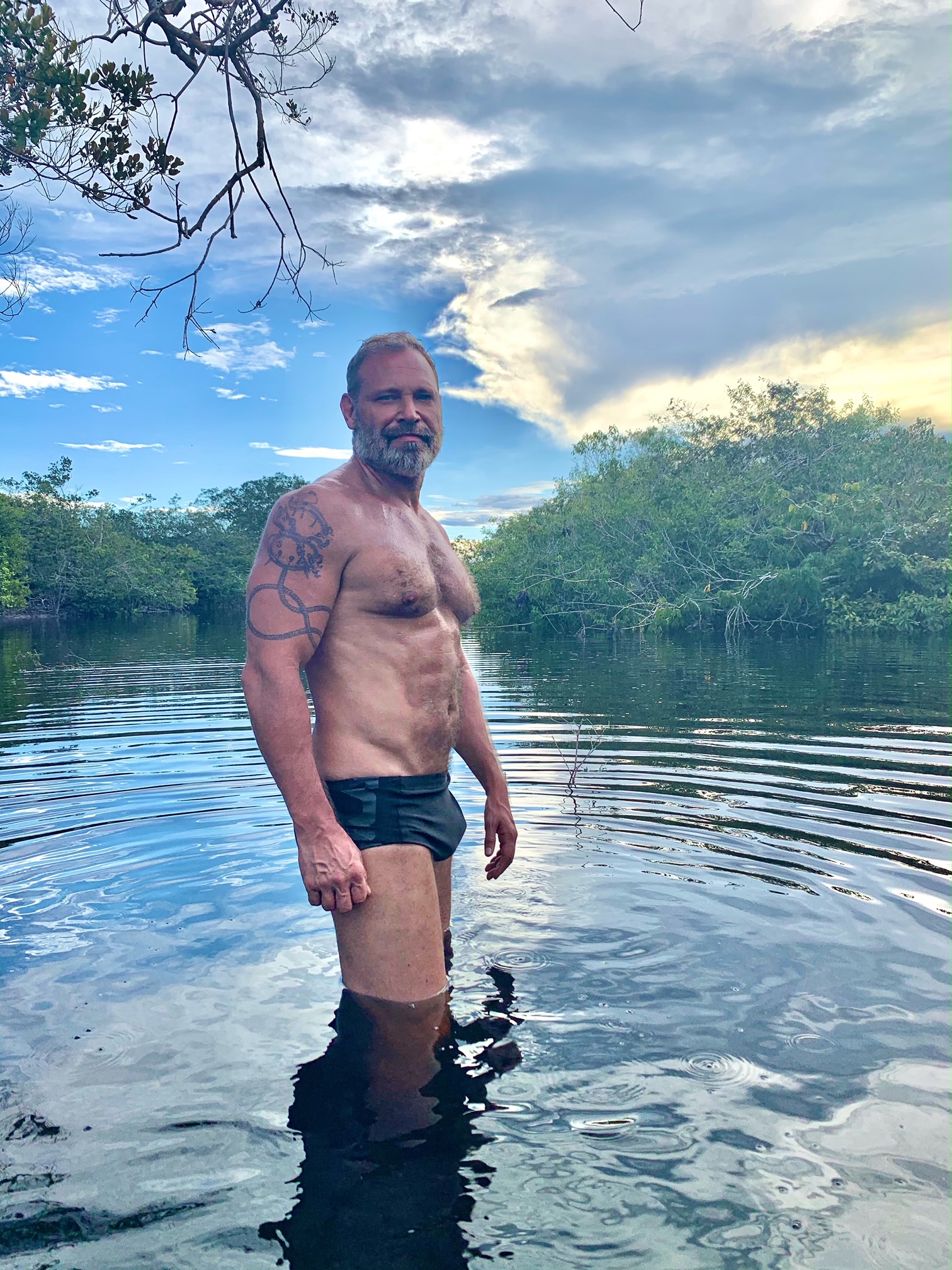 Ayone who’s seen Broadway Bares knows Jim Newman’s got moves. But when the theaters of the Great White Way shuttered, the beloved Broadway Daddy moved down to Sao Paolo to brave the pandemic with his Brazilian fiancee, swapping his dancing shoes for DILFy speedos.

In order to glean a global perspective of queer culture outside of the US during covid, we kiki’ed with Zaddy Jim about Sao Paulo, and advice on surviving a Broadway gone dark. 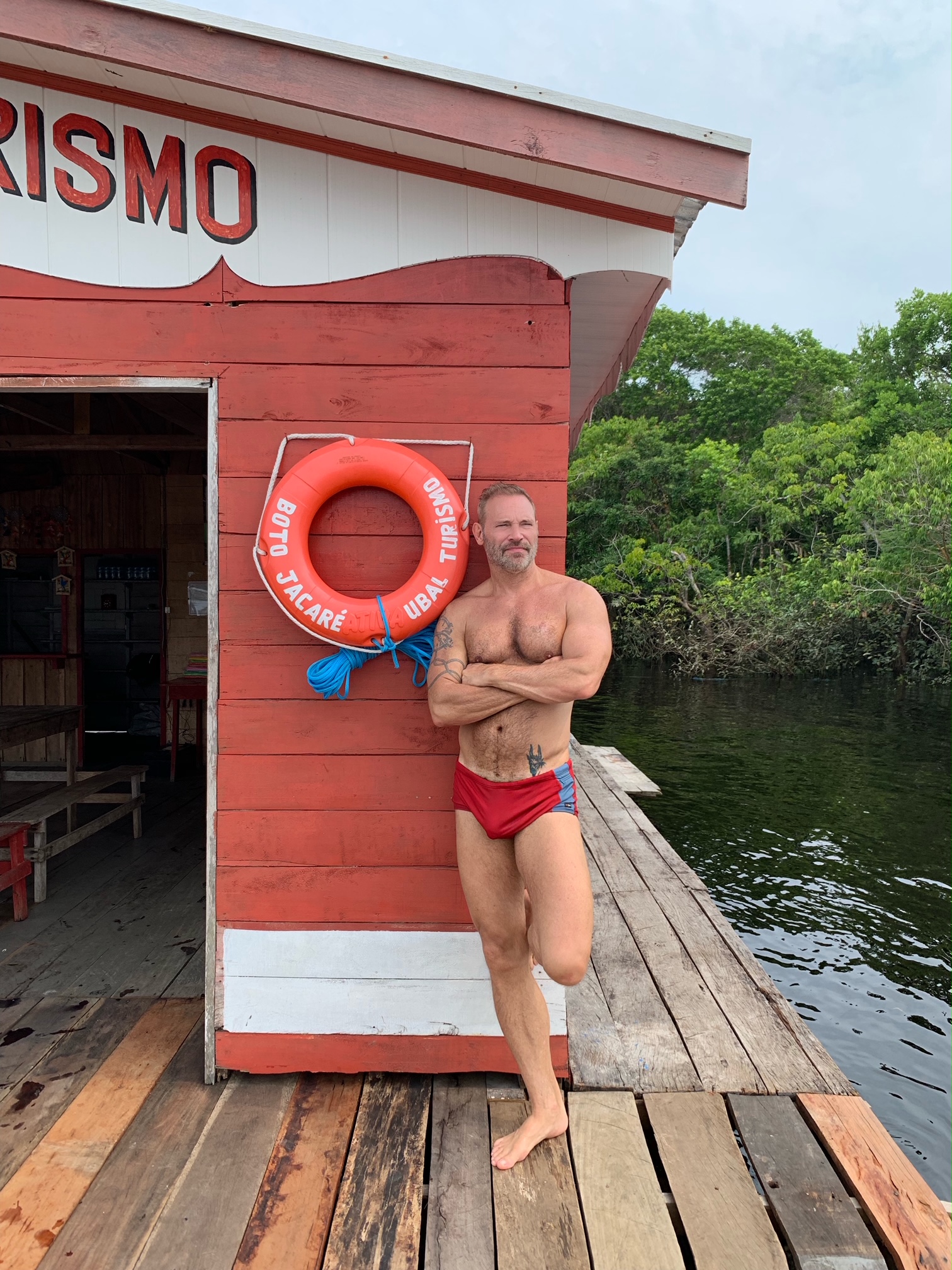 How is Sao Paulo dealing with the pandemic?

They kinda did what we did. They have a madman for president. Let’s start with that. They didn’t have medication or infrastructure. He wasn’t helping out. But Sao Paulo, much like New York, had a governor that was like, ‘Fuck him. I’m not going to wait for him.’ And they started getting their own medication. So we were doing really well in the beginning. And then that new strain came from the north and it’s really contagious. Now the hospitals here are overflowing. We’re in like the fourth or fifth week of lockdown. Non-essential business shut down. Everyone’s just staying home and cooking in.

Why travel to Sao Paulo?

My finance is Brazilian. We came down here because we didn’t have any choice. Broadway shut down, so I had no work anyway. And then they put a travel ban against Brazil to America.  Otherwise, we would have been separated, so I came down here. I’m allowed to stay 6 months a year and that’s it. I’d rather be in lockdown with the person I love than by myself in New York.

Once travel reopens, what would you recommend to gays hitting up Sao Paulo?

Sao Paulo still has the era of super-clubs, like New York used to have. They have a club called The Week. It has a cool indoor/outdoor area, a huge gorgeous lighting system, great sound system. It’s probably one of the best clubs, maybe next to Berghain in Germany, that I’ve ever been to.

And Brazil is tropical, so it has so many beautiful places. Rio is the most fun beach in the world, the most social, it’s unbelievable. And they have this drink called caipirinha which is crazy strong but makes the beach really fun.

Related: Before Covid-19: Here’s what it was like at Rio de Janeiro’s gay beach

You do have to deal with the crime, but crime here is like a pickpocket. It’s not like America where everybody has a gun. They just don’t have that here. They just snatch your stuff. But I’ve never felt unsafe here. 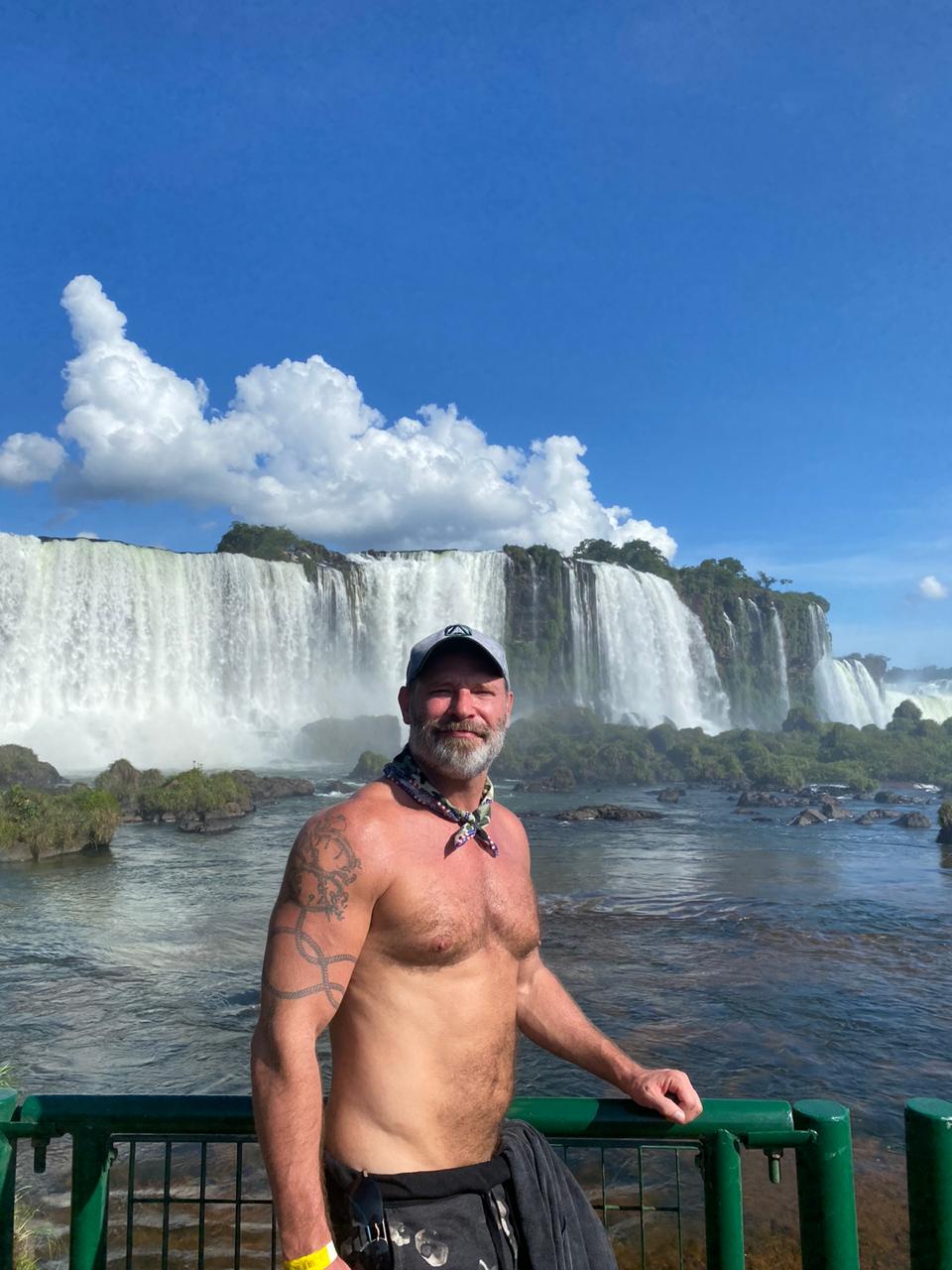 How did Sao Paulo deal with Carnaval this year?

Everything was canceled. It brings in so much money for the country, that it was really problematic for the businesses. So when you have the president saying, ‘This doesn’t really exist. People die so why are we making a big deal about this?’ He really said that. So you have businesses listening to that  and going, ‘Yeah, why are you shutting down my business?’ It’s tough when you have a leader telling you it’s not a big deal, and you have a business that you need to run that’s being shut down. But luckily wiser people prevailed and they had to shut it down. Because every time they would open it for a weekend, the numbers would spike up, like in the US. 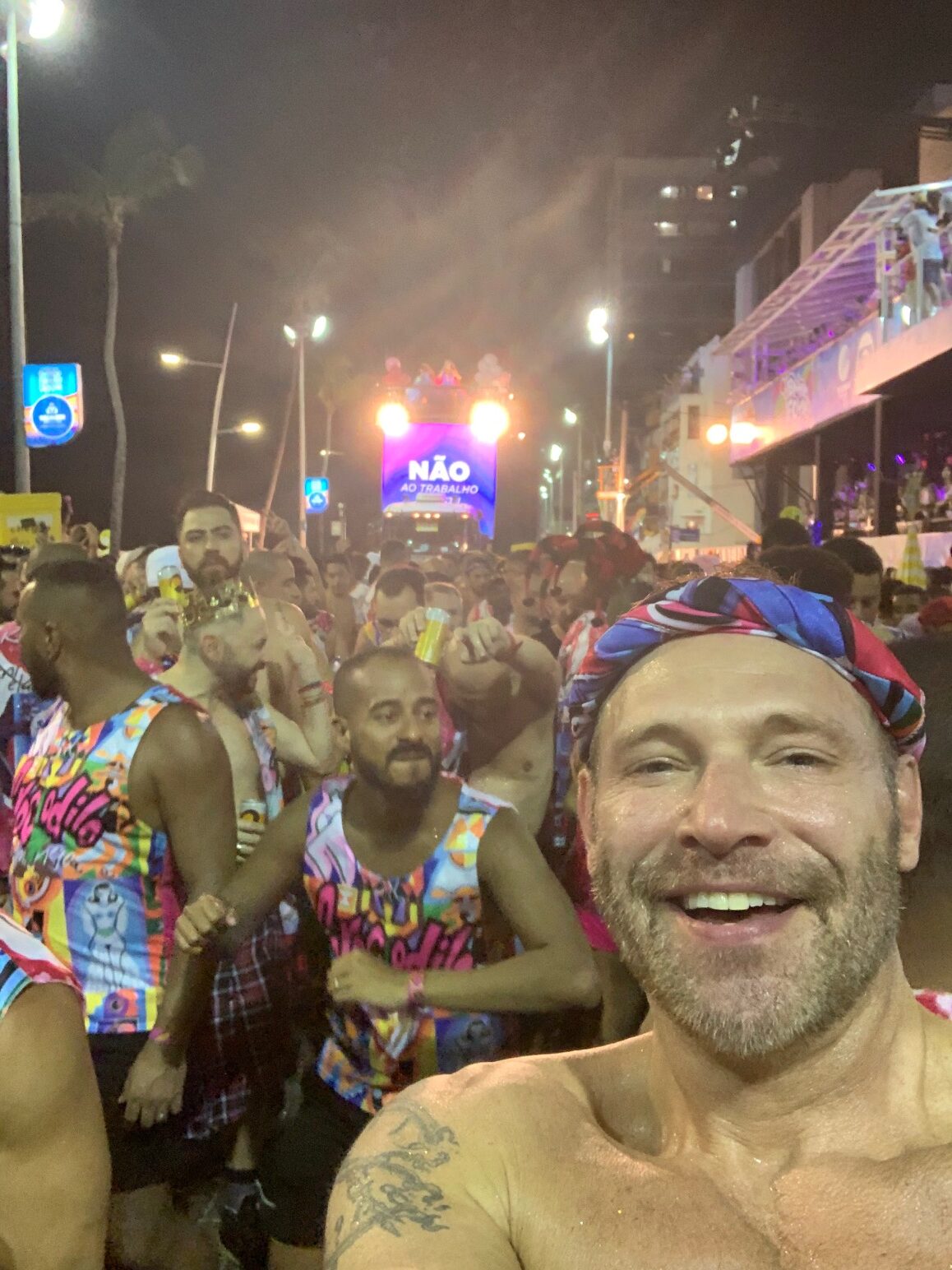 Now, your business is Broadway. With Broadway opening back up (slowly) do you plan to return anytime soon?

There’s nothing to audition for. They are saying now Broadway will open in October. I think Hamilton had said something like July but I don’t know if they changed their mind and are waiting for October. Partly because they not only have to wait for everyone to get immunized, they have to wait for everyone to feel comfortable to sit in a theater. Please, all the tickets that got canceled for the year have to be reissued, and they don’t have anyone to process all that stuff. So they have a lot of infrastructure they have to take care of before they get back to speed.

A lot of actors, their second job was waiting tables, and all the restaurants closed. Their side hustle was canceled. Everyone was freaking out. I know some people got retail jobs. Some people tried to do real estate. It’s been crazy for live performers.

No, we don’t qualify. I don’t have any underlying health conditions. I’m 56, but the number here is 65. But I can get it in New York. My doctor called and said I could set one up. But, know, it’s expensive to fly internationally to just get a shot. And wait two weeks and get another shot.

What’s your biggest advice for Broadway performers affected by the pandemic?

The thing I tell people all the time is two things: 1). You have to have a life. Don’t make the business your life, because it goes up and down even when you aren’t in a pandemic. 2). Use your instincts. We know how to hustle. It’s what we do. You know how to eat ramen. Use all your actor instincts to do whatever you can to get through this month, then the next month.