A travel company based in South Africa is organizing what it believes will be the continent’s first exclusive LGBTQ cruise – but it won’t be happening this year.

Organized by AfriGay Travel, the three-night cruise will launch on March 11, 2022. It will set sail from Durban in South Africa and travel to Portuguese Island in neighboring Mozambique.

The so-called “The Virgin Voy-Áge” will take place aboard the MSC Musica, which has approximately 1,268 passenger cabins and can accommodate 2,550 passengers. The cruise will feature parties, drag shows, and local celebrities, including TV presenter Sade Giliberti, singer Martin Bester, DJ Bujy Bikwa (above), Lebo Molax (below) and performers Boys In Heels.

South Africa is widely regarded as the most gay-friendly country on the continent of Africa, with an equal age of consent and recognition of same-sex marriage. Mozambique legalized same-sex sexual activity in 2015.

Related: Seven swimwear brands to remind us that it’s summer down under

AfriGay Travel’s founder, Michael Gladwin told CapeTownEtc, “The ‘gay cruise’ concept is a hit in North America and Europe, with the very popular Atlantis & Vacaya cruises taking place regularly. We want to bring it to Africa! After all, South Africa has one of the most liberal constitutions in the world with regards to LGBTQ+ rights. We are very excited to work with MSC as we create an event, at sea, that celebrates our LGBTQ+ community.”

AfriGay has booked the entire ship, and Gladwin told GayCities he believes the event will be the first exclusive LGBTQ cruise on the continent.

“There has been one gay cruise on an MSC ship a number of years ago, but it was not exclusive and did not include the entire LGBTQ+ community. As far as I am aware, it was more of a ‘private gay event’ on an existing cruise.”

Afrigay Travel is three years old. It offers individual and group tours specific to the LGBTQ+ market – inbound to Southern Africa for travelers from around the world; outbound to the world for South African travelers; and domestic tours for South Africans who want to travel within South Africa.

Afrigay is part of the International Gay and Lesbian Travel Association, IGLTA. Its President and CEO, John Tanzella, said in a statement, “We are excited to see more offerings for LGBTQ+ travellers coming out of Africa, and particularly proud because this innovative cruise comes from IGLTA Foundation Fellowship Recipient Michael Gladwin. After this challenging year, it’s inspirational to have new LGBTQ+ trips on the horizon.”

Cabins cost from $435 for an interior cabin, rising to a starting price of $640 for a VIP suite – with several options available between those. AfriGay is currently offering an early bird ticket sale before March 8, 2021, with 10% off ocean-view cabins and suites and 20% off balcony cabins. Payment plans to spread the cost over 3-9 months are also available. 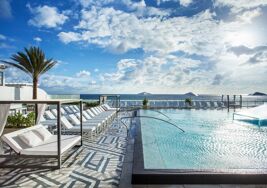 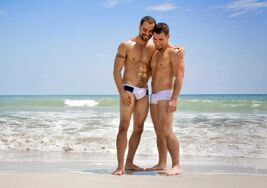