The threads of the BADBUI underwear designer’s 30+ year journey stretch from his birthplace of Orange County, crisscross the major metropolises of New York and Bangkok, weave back and forth through the playa of Burning Man’s Black Rock City, and currently intersect in the small island city of Hong Kong.

In order to glean a global perspective of gay culture outside of the US, we kiki’ed with Bui about Hong Kong, his underwear line, his quasi-fraternity The Glamcocks, and the martial art form of Muay Thai.

Here they are very sensitive about Covid. They’ve had the SARs scare pre-my time here. They’ll have 30 cases and shut the whole town down. Overall, it’s a good thing. They’re trying to deal with it, trying to nip it in the bud. But at the same time, they react at such an extreme level where they shut down restaurants, the gym, all the bars. It’s annoying, but for the best.

Everyone wears a mask. People are very respectful when it comes to social distancing. I can’t complain because it’s been overall under control compared to the US. People aren’t protesting for their right to not wear masks.

What’s the gay scene like there? Is there a gayborhood?

Everything on Hong Kong island is a walkable distance. Everything is centralized around, well, Central. It’s the area where everyone goes out, the bars are located around there. [My husband] Reagan and I live in Sheung Wan. It’s pretty much the gayborhood. If you’re gay, you would want to live here. It’s the equivalent of Santa Monica Blvd or Hell’s Kitchen.

Petticoat Lane is the go-to bar in Hong Kong. Everything you think of a typical gay bar is embodied there: DJs, dance floor with lasers, a drag show every night. Linq is a smaller dive bar. People go there to pregame because the drinks are cheap.

What inspired you to create your BADBUI underwear line?

I kinda started out as an inside joke. In 2013, Reagan and I went to Burning Man, and I wore this neon yellow and black Batman hat I got at Walmart. It was part of my identity for years. I became inseparable from it. It’s where the BADBUI colors come from. And I’m obsessed with the TV show Bad Girls Club. So when I turned 30, Reagan made these bracelets for me that said “Bad Bui Club” with the Bad Girls Club logo, and gave them to all my friends. That’s where the name came from. 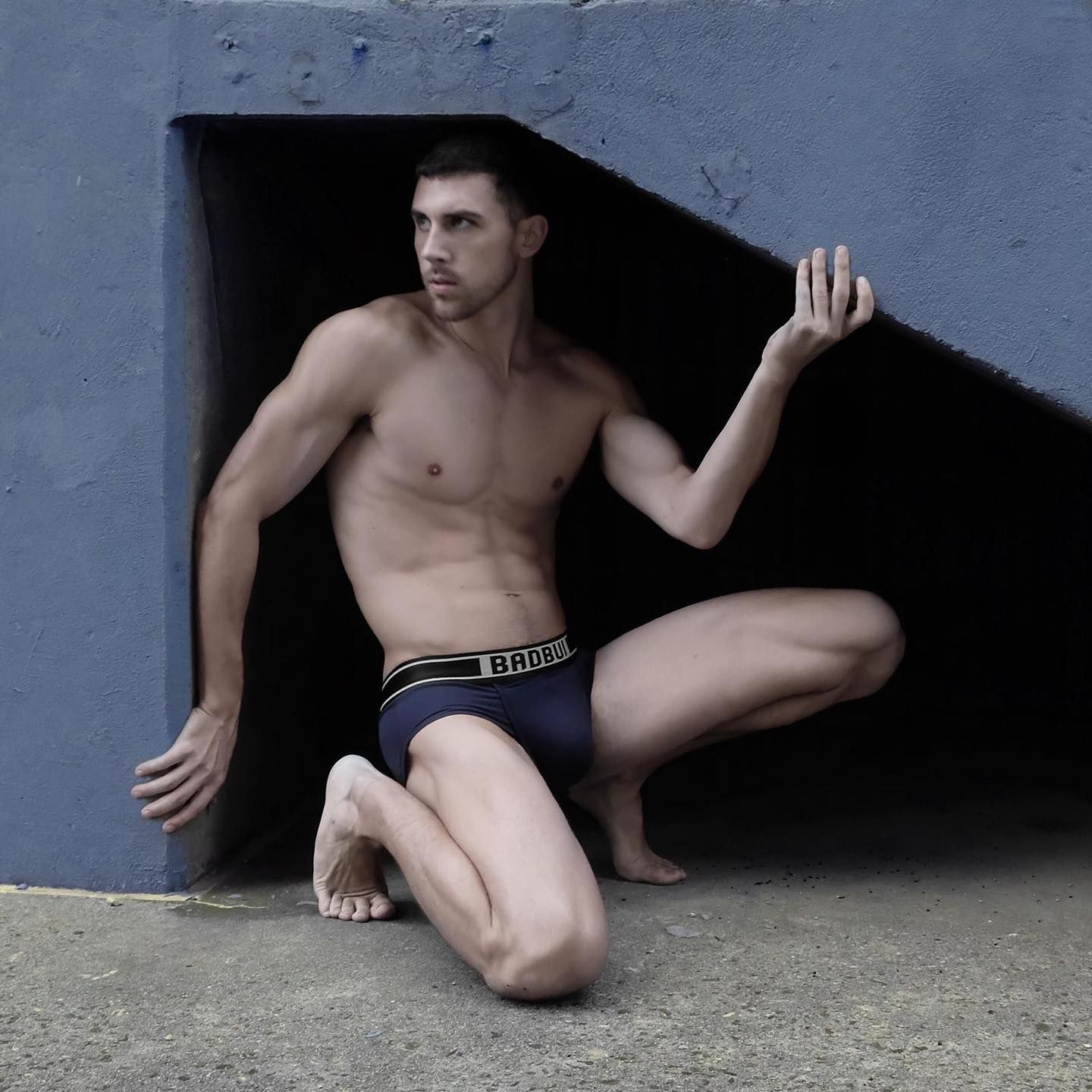 You mentioned Burning Man. For the few uninitiated, what is it?

It’s so much more than just a party in the desert. It’s hard to put into words. I’ve met Burners in Hong Kong, and there’s that instant connection you have with a fellow Burner. You say, “I’m a Glamcock” and they know your camp. They’re like, “I went to this party at your camp.”

We’re a bunch of gays from around the world who like to have fun. It’s the equivalent of a gay frat. You have this connection, and anywhere you go, if you are in Sydney, London, Seattle, LA, New York, you have a place to stay. You put on the Facebook group page, “Hey, I’m a Glamcock, I’m in town.” And people will actually show up for you. “Yeah, you can crash on my couch.” Or “let me know when you are in town and we’ll get drinks.” Its instant brotherhood. I’ve never experienced that before. 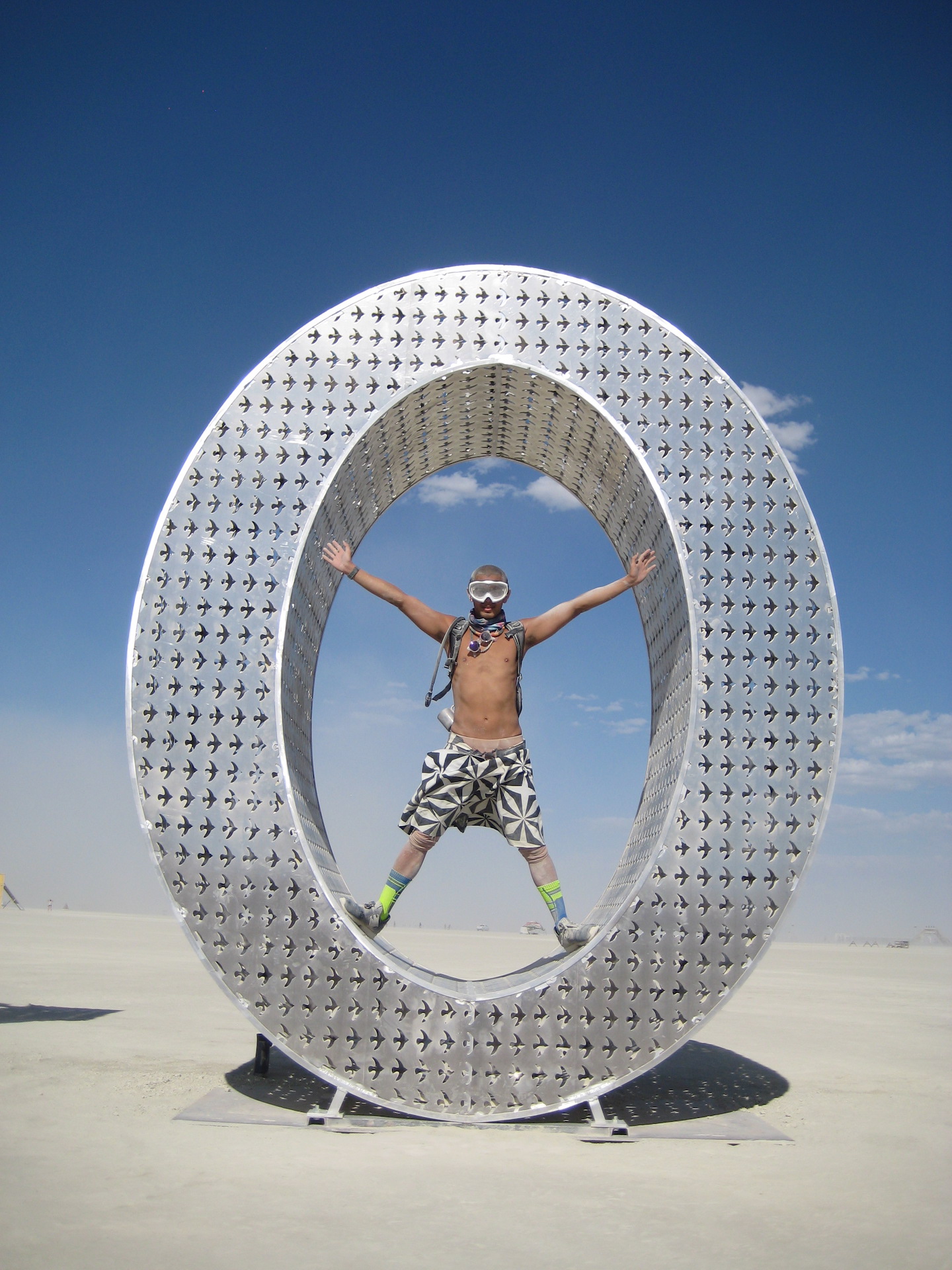 You also practice the martial art form of Muay Thai. How did you get involved with that?

This actually all comes full circle. When I was working at Calvin Klein, my coworker Jess is an amateur Muay Thai fighter, and I went to my first class with her. She fights on a semi-professional level. She’s a woman’s underwear designer that designs lingerie, and she’s a fucking badass fighter! She took me to train with her and the first time I was like, “This is cool.” I’ve always been smaller, and I have a big mouth on me, so Muay Thai is good for me. I got hooked. Everywhere I travel, I look up Muay Thai and see what gyms are in the area. I’ll check it out and there’s always this instant connection.

Since I’ve moved to Hong Kong, I’ve started training with this guy named Mikey from a gym called Versus. I don’t train at that gym though. I train at SoHo House, since he’s a trainer there. They just opened one in Hong Kong. The reason we joined was that Peter Kriss, a Glamcock brother, was like, “Hey they’re opening a SoHo house.” This is all full circle. It’s all connected. 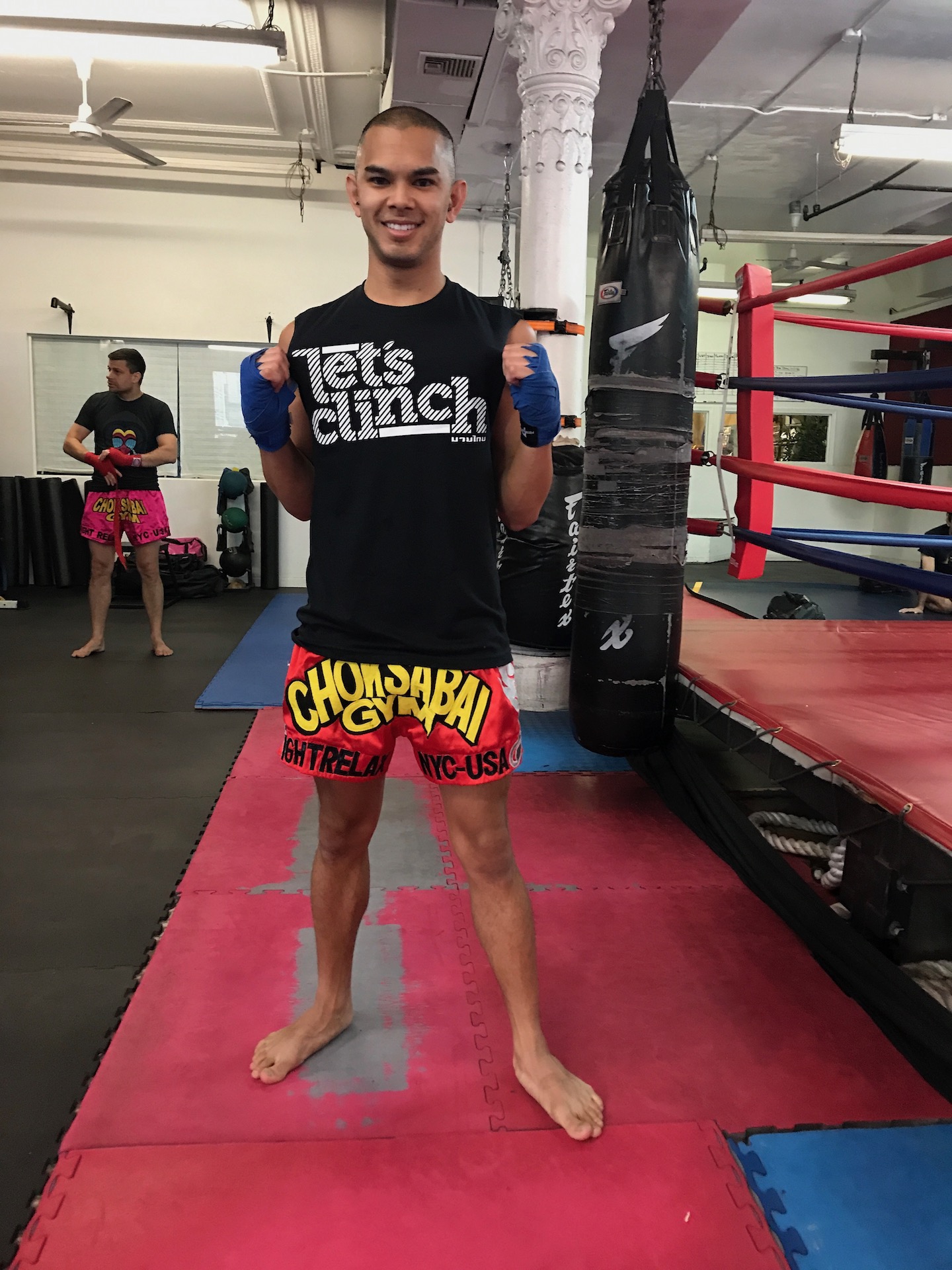