I loved Halloween as a kid.

It gave me the chance to be someone else and play dress up. Classic movie monsters were my favorite and still are. I never get tired of someone wearing a white sheet, two eyes cut out to resemble a ghost.

San Francisco has had a long history with Halloween, parts of which no one wants to repeat.

Though the joy! Oh, the joy of participating in a ghoulish parade that comes with the freedom of transformation. This year, I’ve decided to bring this expression of community back to Polk Gulch; it’s been a long time since it resembled anything like a queer mecca.

I reached out to friends, who were a part of making Halloween in San Francisco fabulous, to hear their stories. My hairdresser, Ronnie Lynn – AKA 1977’s Miss Gay San Francisco – recalled busloads of queens getting dropped off on Polk Street in all their regalia, with queer revelers welcomed at every bar.

At this time in the late ‘60s, it was illegal to be in drag and, but because it was Halloween, San Francisco Police Department (SFPD) gave such expressions of queerness a blind eye. (Can you just imagine the parade of queens marching up Polk Street?)

Not all of the memories were pleasant, though. Famed photographer Rink recalled that 1977 was a peak year for trouble on Polk. Rink was there when someone once tossed a canister of tear gas into the crowd, creating panic and pandemonium. SFPD officers were having a hard time managing the crowds, numbering north of 80 thousand.

The gay-bashers clashed with police, leaving a mark of chaos around Polk Street come Haloween. Cleve Jones, too, told me he was 7 feet tall roaming in a wig and heels, wobbling around as Betty Blender, while straights gawked and cops patrolled with clubs, ready to arrest.

Leading up to those incidents, Halloween on Polk Gulch in San Francisco was renowned as the leading Halloween celebration in the country–before losing its shine.

Alas, it’s been over four decades since those glorious heydays. Castro Halloween rose and, more recently, fell. I spoke to Sister Roma who said after the Loma Prieta earthquake in 1989, about five or six of the Sisters of Perpetual Indulgence took to the streets on Halloween night in the Castro, with bullhorns and buckets, to raise money, specifically for Mayor Art Agnos’ Earthquake Relief Fund. By the end of the night, they had raised over $6,000…from merely walking up and down those Castro streets.

They quickly realized that this unofficial party was a huge untapped resource for fundraising, thus “Halloween in the Castro” was born. From 1990-1995, the “Sisters” produced the event, which featured a huge flatbed truck stage, showcasing some of the best entertainers the city had to offer; the highlight every year was the costume contest, the most jaw-dropping spectacle of the evening. 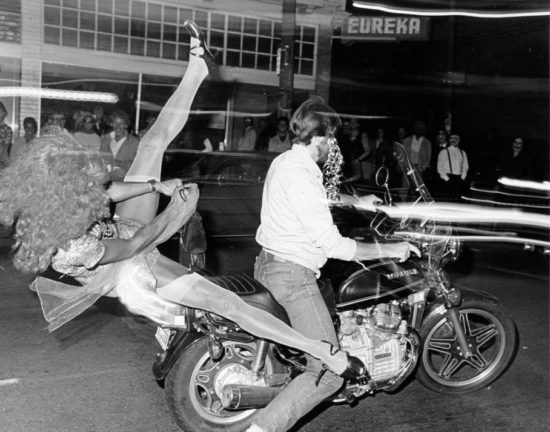 Over the years,  crowds grew to over 100,000, becoming too enormous and unmanageable for SFPD to, once again, handle. Countless people came from outside our community to get indulge in drinks, raise hell, and gay-bash at the well-known queer-centric neighborhoods and streets that surrounded the perimeter of the event. Sister Roma said to me that the last year the Sisters of Perpetual Indulgence participated in (1995), the party was so dangerous, members of Community United Against Violence (CUAV), the group that partnered with them to make the event safer, left early because it was out of control.

Sadly the Sisters decided it was in the best interest of the community to stop producing Halloween in the Castro, marking the end of an era.

In an effort to rekindle Halloween in my neck of the woods, I’ve decided to partner with the Lower Polk Community Benefit District in an effort to bring back the shine the Polk Gulch block party on Halloween once had. This time around, we’ve collected all the permits to create a fun, safe and entertaining evening, sans any trouble or strife.

I’ve already told the SFPD that we’re way more respectful than the toxic hetero Santacon revelers (again!), but we were still denied our alcohol permit. (Odd considering there are eight bars within two blocks to get drunk at..but nevermind.)

But, Hey! At least we have a live band, Humphry Slocombe ice cream, and even gift certificates donated by some of the neighborhood’s fabulous shops for the costume contest, including The Grubstake, RS94109, Hero Shop, Utsuwa Floral Design, Vegan Picnic, Little Chihuahua, Mr. Holmes Bakehouse, Contraband Coffee Bar and MORE!

Unless you happen not to be in SF, you literally have no excuse to miss it. (Why wouldn’t you want to be cute?)  Let’s create some haunted, glamorous new memories together, and let’s hope we can close down Polk Street again next year, per an official parade!

We’ll be wrapping-up Halloween night at The Virgin Hotel in SoMa for “Drag me to Hell,” a complete takeover of all 13 floors, including 3 stages, DJ’s Todd Humphries, Totally Enormous Extinct Dino’s and MORE!

Check out the pics of the fun you will come across at Juanita’s Party: 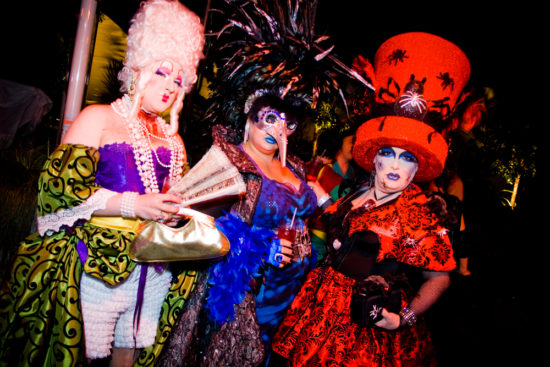 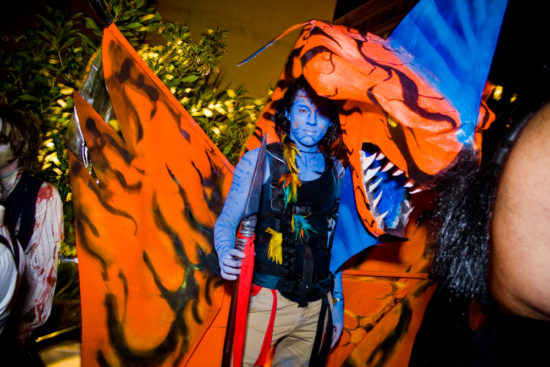 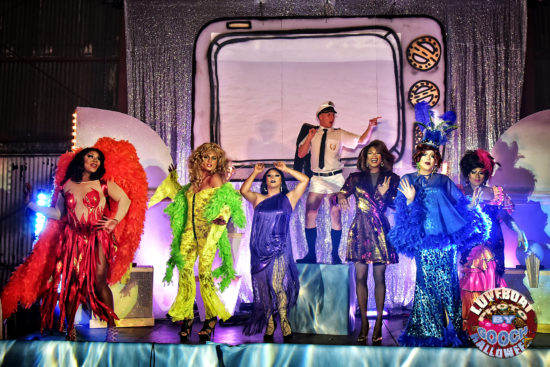 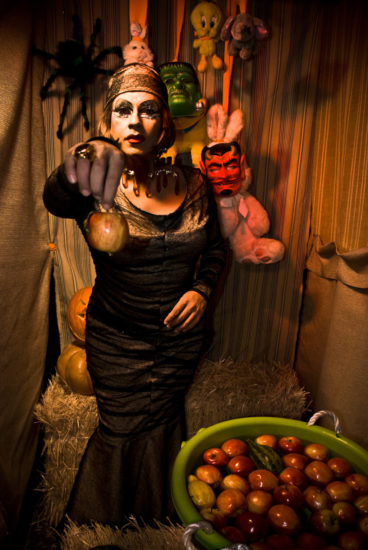 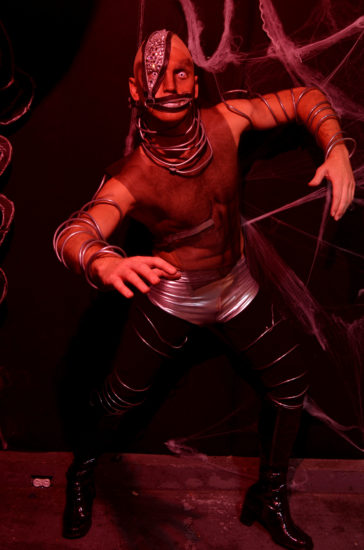 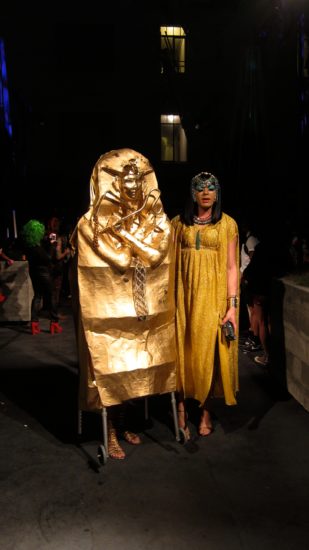 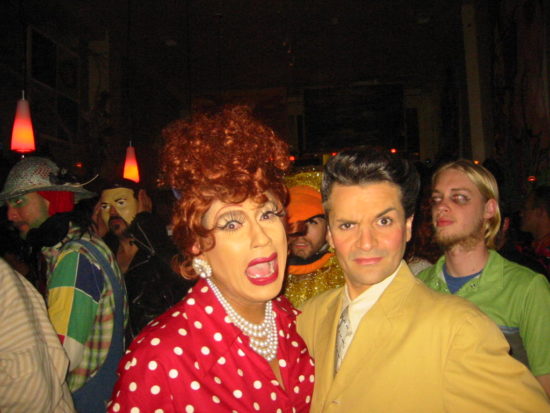 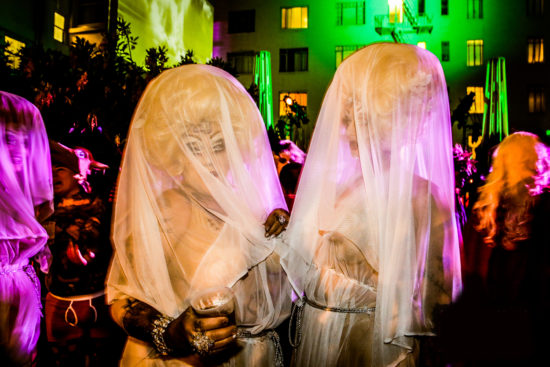 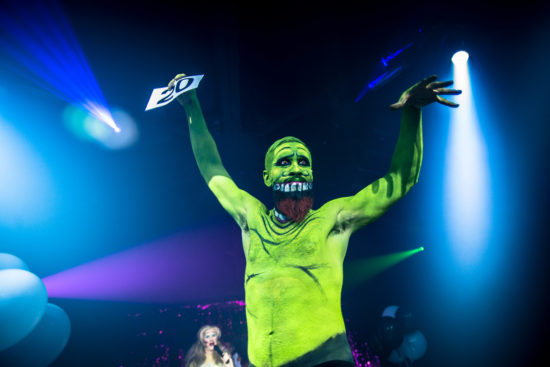 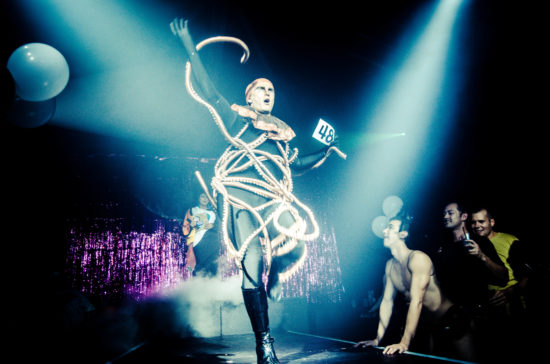