Beloved queer crooner Spencer Day is a busy guy, no more so than during pride month when he’ll performing in clubs from LA to SF to NYC.

“My birthday happens to fall on the Stonewall anniversary, which is fun,” he told GayCities in early June.

Catch him in San Francisco at Feinstein’s at the Nikko June 14-15.

The shows will include material from his recent album “Angel City” and a preview of his upcoming Broadway-based collection of Rodgers & Hammerstein (“Bali Ha’i”), Lionel Bart (“Who Will Buy”), Jerry Herman (“It Only Takes a Moment”) and more. With any luck, he’ll pull off his lovely ode to Southern California life, “72 and Sunny.”

Spencer took a little time out of his busy touring schedule to talk about performing, his Mormon family, and where he most loves to celebrate pride.

What can you tell us about your upcoming show at Rockwell June 16. How would you describe your music and which musicians inspire you?

Well, the June 16 show is the final night of our Los Angeles residency for now and the first sneak peek at my upcoming “Broadway by Day” project. Of course, k.d. lang has probably been the biggest influence vocally and in a way I feel that her talent made her orientation a non-issue long before its time.

It’s been a few years since you came out, citing the inspiration of Rufus Wainwright and others. Your fans rejoiced. What’s been the reaction? How did it go over in the Mormon Church, which seemingly has made major strides coming to terms with LGBTQ members? 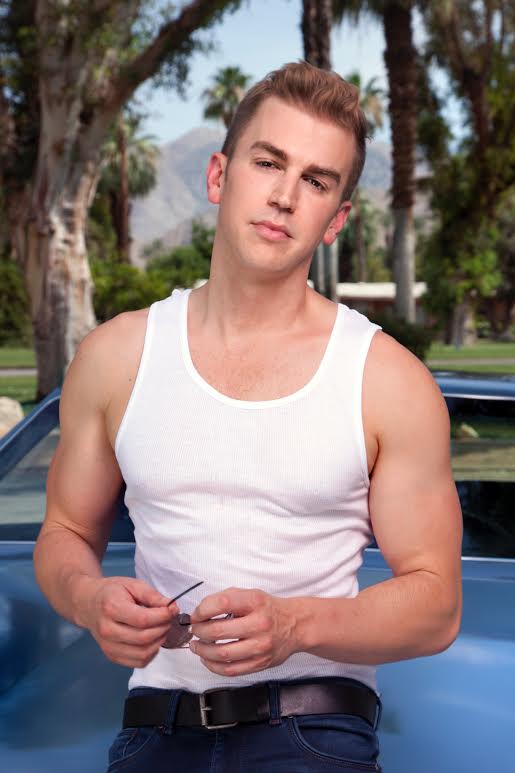 I have been out since my early 20s but my “official” coming out was about 10 years ago in The Advocate. So much has changed since then. I think many younger people who criticize older entertainers for not coming out don’t really understand how much of a career killer that decision could be. For me, I would say it was a mixed bag. I gained a new solitary and support with some and many others let me know in no uncertain terms how disappointed (and sometimes disgusted) they were by my “lifestyle choice.”

Maybe the rub is when you have traditional clean-cut appeal. I dyed my hair blue in high school, it turned green. I pierced my nose and it got infected. Nothing could scrub off the Mormon sheen! I had the type of voice someone’s mom wants to hear sing her favorite song, and then somehow I didn’t fit into the mold in other ways. I do think things are (slowly) improving with the church. I’m lucky my mom has been on a “Mormons for Equality” float in a pride parade with me. I am hoping unconditional love will win in the end and that we can embrace certain solid Mormon values while leaving the baggage that didn’t serve us. I think living our lives graciously and kindly but simultaneously transparently and authentically might still be the greatest form of activism there is.

This year is the 50th Anniversary of Stonewall, and pride celebrations are going to be big this year. How does it feel?

I think it’s important to find a balance between being grateful and celebrating all of the progress we’ve made and still feeling inspired to not become apathetic and realize how far there still is to go to achieve real equality. My birthday also happens to fall on the Stonewall anniversary which is fun. 🙂

What are your favorite prides?

One of my favorite pride memories was performing the entire Ferris Bueller scene on a float at the San Francisco parade. It was really special because my Mormon mom was on the float and my brother and sister were in lederhosen and dirndls as a crowd of people sang Twist & Shout. And to top it off we got 2nd place. But New York City pride is always a blast.

Where will you be this year? Tell us about San Diego Pride.

Who knows? I’ve been googling so many things just keep coming up so I don’t even know where I’m going to be in a week. It’s a good problem to have.

Though it often falls on my birthday, I have completely given up making any birthday related plans until a week later. I just try to keep a small group together and try to be peaceful with the fact that we may lose each other entirely for the entire day.

What are your fave gay bars? You are a performer so you know the importance of going out, enjoying a few cocktails, and taking in a show.

I’m in so many clubs for work, I get out less than I used to. But when I do, I need something more than intoxication and the vague promise of hooking up to get me there. I want good music (maybe even some sort of live performance) and a diverse and friendly crowd. I like a place where people of every race and sexuality feels welcome. In LA, my favorite bar (since I was 21 years old) is Akbar in Silverlake. Always a great crowd and interesting music. My favorite new place in New York is Club Cumming in the East Village. They have some fantastically quirky performance art, they have an art illustrating night hosted by NY artist Anthony Kieren and a classic old school New York open mic on Mondays.

How would you compare living in SF, New York, LA and SD and Utah?

Oh man, I don’t think I could compare any of them. I was made in Utah, transformed by San Francisco, inspired by Los Angeles and refined by New York. San Diego is my place to feel like a normal low key person. I’m lucky to go between New York and San Diego. It’s the perfect combo for me right now.

How would you describe your activism?

These are wonderful questions! I suppose I would describe it as gentle and inclusive, but also constant and passionate. The beauty of music is that I am able to make a point and invite people to consider a different point of view in a very unique way. Music opens people up and encourages sensitivity. I believe that living our lives in a transparent, authentic and unapologetic way is one of the most important forms of activism we have.

How do you deal with the inevitable fan worship?

Oh, what a champagne problem that would be! Actually, it rarely happens to me for whatever reason. Which probably works out fine because I am presently off of the market. 🙂

How do you see this community at Pride 50?

More divided than it ought to be. I’ve seen a lot of folks confusing an ally and friend (no matter how imperfect) with a foe. And it’s a waste of much-needed energy. All this infighting is a distraction from the very real issues we face. But overall I would still save the state of the pride union is still strong.

What’s up next for you and your career?

It’s the sort of musical schizophrenia I welcome with open arms. On June 21, I finish up the first season of my New York residency at a great new club called The Green Room 42.

And I will say that I am very excited about my upcoming album “Broadway by Day,” which is going to have jazzy new interpretations of famous and not-so-famous songs from Broadway shows like “A Chorus Line,” “Evita,” and “West Side Story.”

I am not a jazz singer per se, but I think I’ve found a way to reinvent these songs in that idiom and find something new in each one.

I can’t wait for everyone to hear it.