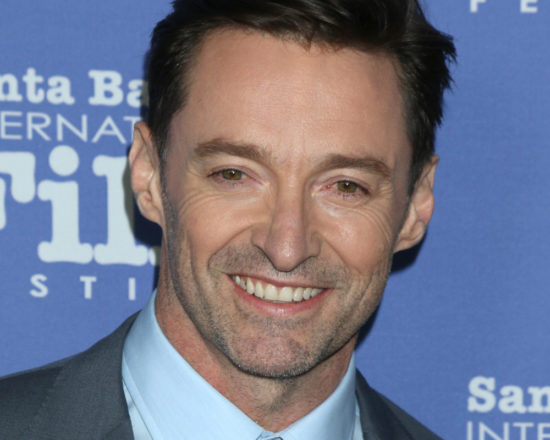 There are some big names coming to Broadway. First were the announcements of movies-turned-musicals like Beetlejuice and Tootsie that we covered last week, and now come even more big developments for the musical stage.

Let’s take a look at the exciting shows that are in development, which have big names in the starring roles, and are slated to open later this year and beyond.

Moulin Rouge: The Musical
Opens July 25, 2019, Al Hirschfeld Theater
Why did it take so long to make Moulin Rouge into a Broadway musical? Baz Luhrmann’s 2001 movie is a masterpiece of sensory overload, with fun pop songs that punctuate a tragic love story, all dressed up with lots of red velvet. This new Broadway score uses the same technique of appropriating pop songs, and thankfully the stage is decorated with lavish Parisian decor just like the movie. A pre-Broadway run in Boston earned mixed reviews, but who cares? Nicole Kidman and Ewan Mcgregor aren’t great singers, and they were both fantastic in Moulin Rouge. Sometimes style does win over substance.

Beaches
Planned for London in 2019, Broadway after
Don’t get too excited, folks. Bette Midler is not associated with this musical production of Beaches, and rumor has it, she wouldn’t want to be. Beaches, both the movie starring Midler back in the 80’s and this current stage musical, are based off of a book (written by Rainer Dart) about two friends who stumble into each other’s lives and learn to love, fight, and laugh together through life’s ups and (very sad) downs. The movie featured Midler singing a bunch of amazing songs, enough to qualify as a “musical,” and it was an obvious choice for moving to the live stage. But this musical production does not include those amazing songs from the movie. Nope, no “Otto Titsling,” no “Oh Industry,” no “I Think It’s Going to Rain Today,” nada. The stage production does include a portion of “Wind Beneath My Wings,” but only a little section of the song as a tribute to the memory of the movie. That’s not enough. Trial runs in Virginia and Chicago did not create a lot of buzz. The production team is currently pondering a production in London to work out some of the glitches. Here’s a suggestion: buy the rights to the movie’s songs! There, problem solved.

Dreamgirls
Coming to Broadway in 2019?
Dreamgirls ran for two years in London, garnering big ticket sales and much critical acclaim, and Amber Riley (known to Americans from Glee and Dancing With The Stars) became a big star in England for her role as Effie White (the role played by Jennifer Hudson in the movie, and Jennifer Holliday in the original 80’s Broadway debut). Rumor has it, Riley is joining a new Broadway production sometime in 2019; there were auditions back in 2017, but then the London production extended and those initial plans for Broadway were postponed. No word on when/where this show will happen, but it’s going to be a big deal.

Tea at Five
Coming to Broadway Summer 2019
In an event that is sure to thrill Broadway audiences and become the hottest ticket among NYC theater’s gay fans, Faye Dunaway will star in Tea at Five, a one-woman show about Katherine Hepburn reflecting on her extraordinary life, on Broadway sometime in the summer of 2019. The play will run in Boston, June 21 through July 7, at Huntington Theatre before finding a stage in NYC. Save the Mommie Dearest jokes and let’s be real here: Faye Dunaway has been nominated for three Oscars and won once, she’s won an Emmy, and she’s won three Golden Globes with eleven nominations. Faye Dunaway is an icon. A Tony nomination is her next step, although she won’t qualify until 2020.

The Music Man
Scheduled to open Oct. 2020
Alert the Tony Awards committee: Hugh Jackman will play the title character in The Music Man, one of the most famous and esteemed musicals in the history of Broadway, starting in October 2020. This show has been a long time coming; it was back in 2011 when the statuesque Jackman last graced the Broadway stage, but that was just a concert, and he hasn’t appeared in a true musical since 2003, when he won a Tony (playing Liza Minnelli’s beyond-flamboyant gay husband Peter Allen) in The Boy From Oz, which was amazing. Jackman is one of the few true “leading man” actors to appear on Broadway in recent memory, a star who can carry a show just by standing center stage and looking into the lights. Jackman has hinted for years that he wanted to play the role, and this production will be a smash hit.

As a tribute to our love for all things Hugh Jackman, let’s revisit this glorious moment in the 2011 Tony Awards when he sang a duet with host Neil Patrick Harris, which would’ve been silly if they both weren’t so good:

Related: Find someone who looks at you the way Taron Egerton looks at Hugh Jackman