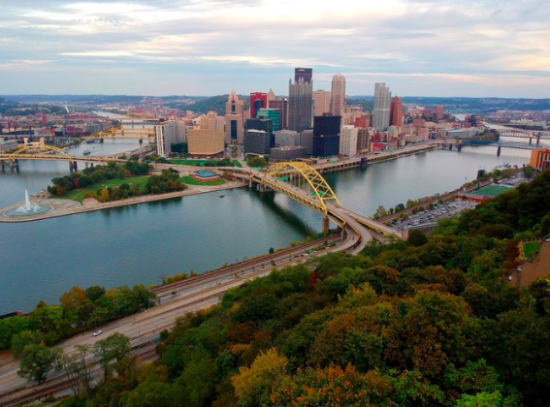 I recently ventured to Pittsburgh for the first time, not knowing what to expect, what with its reputation as an aging working-class steel town.

It quickly became clear that with its booming economy, diverse nightlife, vast array of queer art, and the go-getter ‘Steel Town, USA’ mentality, it had officially made my list of favorite cities.

Explore the legacy of Andy Warhol in this seven-story museum. You can act like a celebrity and get your very own screen test done. 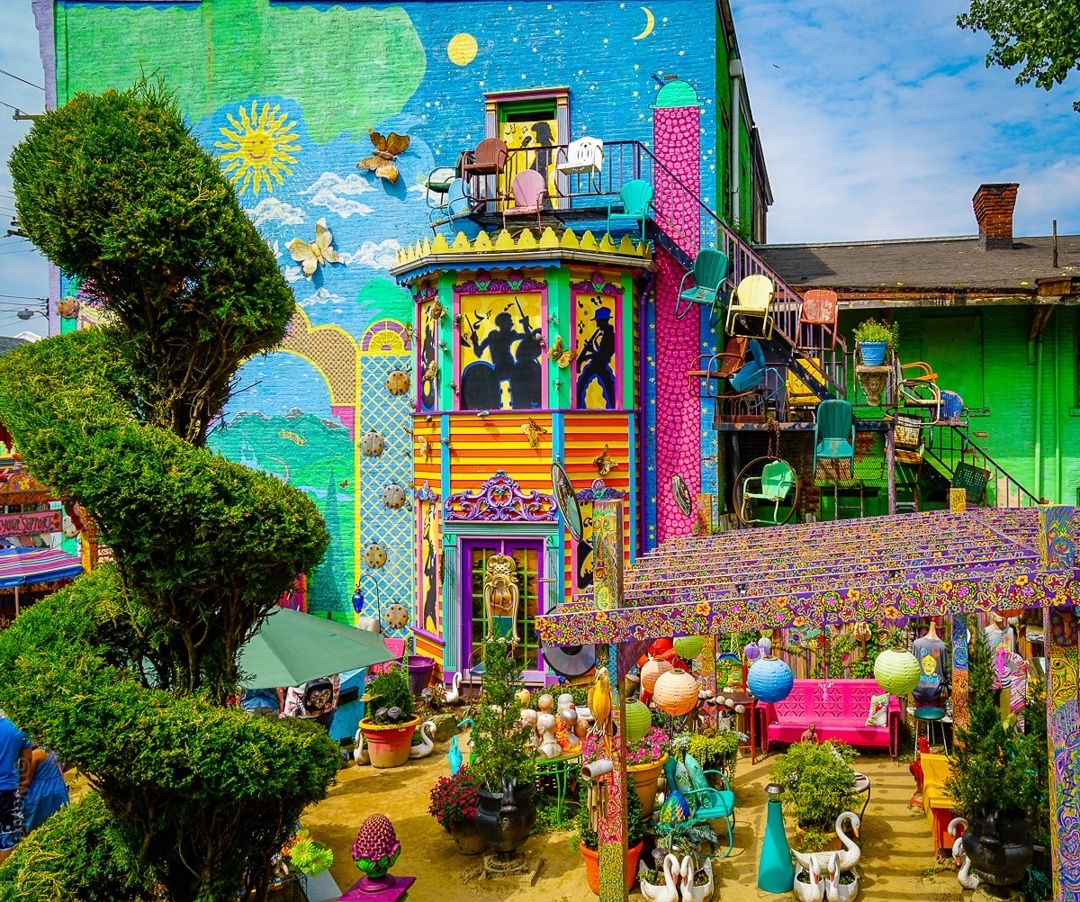 The over the top backyard located in the Mexican War District is one of the most colorful public art landmarks in the US. This is the perfect spot to take epic selfies. 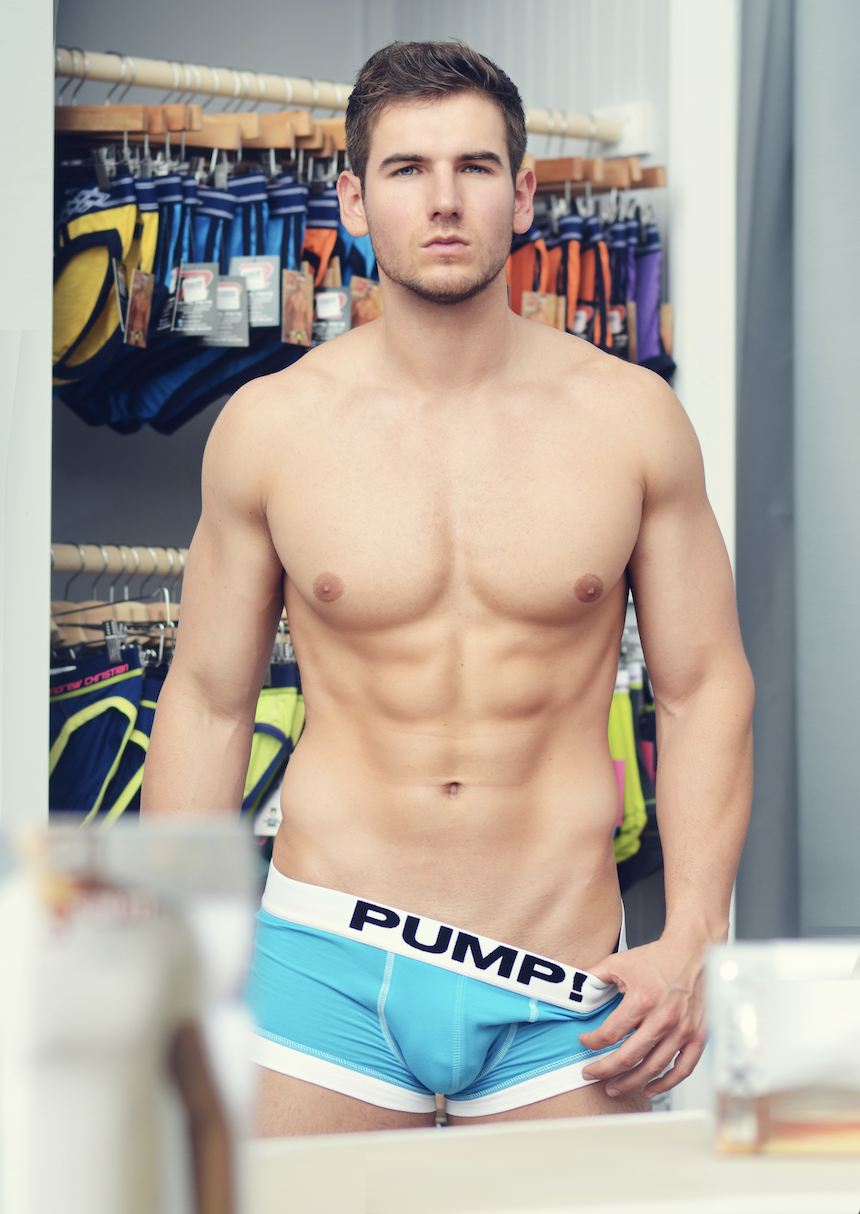 Get your sexy swim trunks or jockstrap at this boutique gay clothing store. 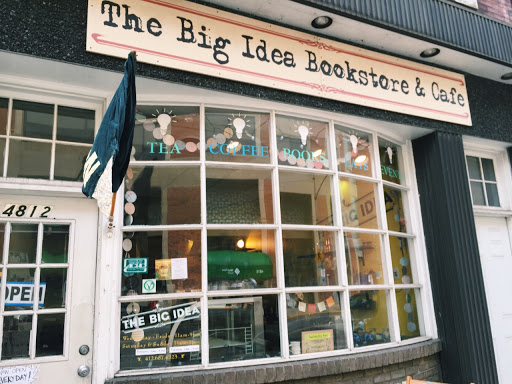 6. Eat breakfast at Pamela’s for the local vibe.

Every city has their staple. In PITTSBURGH it is hands down PAMELA’S DINER for breakfast! There is always a wait, it is cash only, but the pancakes, omelettes, & French toast are 💯 worth it! #JustTheTip go to the strip district where you will get more of a local vibe. PS the handsome guy in my pic is Bruce Kraus- who is the first openly gay elected official in Pittsburgh serving as the President of the city council. FULL EPISODE out on Tuesday. Subscribe to my YouTube – Link in Bio. #LovePgh #RaviRoundTheWorld

There is always a wait and it is cash only, but Pamela’s gives the true essence of Pittsburgh food. Go to the strip district location for more of a local vibe.

5. Check out the Greer Lankton trans exhibit at the Mattress Factory.

In Pittsburgh check out the #GreerLankton exhibit at @mattressfactory She was one of the first people in the USA to have gender reassignment surgery and documented every day of her life throughout the transition until the day she committed suicide. #mypgh @visitpittsburgh pic.twitter.com/T9uK9RvlGJ

Greer Lankton was one of the first people in the US to have gender reassignment surgery and documented every day of her life. The Mattress Factory has it all on display!

Are you vegan and vegetarian and in the Pittsburgh area? You MUST go to @AptekaPgh They have the most INSANELY DELISH perogies & phenomenal cocktails! #mypgh pic.twitter.com/liKSk7vOS2

Apteka is a local organic restaurant with delicious perogies and handcrafted cocktails.

3. Watch the sunrise at the top of Mount Washington

2.  Dance the night away at IMAGES.

The downtown gay nightlife has become super diverse and inclusive. Visit Images for super affordable drinks and a wild night of dancing.

1. Get out on the Monohangala River

#ShoutOutSaturday to eating it in the Monongahlea River in PITTSBURGH. New episode on this LAVISH CITY coming out on Tuesday! #LovePgh #VisitPittsburgh @visitpittsburgh

Bask in the sun as you cruise through the waters of the city with one of the most bridges in the world!

Check out Ravi Round The World’s Adventures in Pittsburg

‘The bush is beautiful’ in Daylesford, the little gay capital of Australia

‘The bush is beautiful’ in Daylesford, the little gay capital of Australia

Miami Beach serves as inspiration for this artist’s sexy images

WATCH: Adam Rippon goes hiking in Finland with his boyfriend