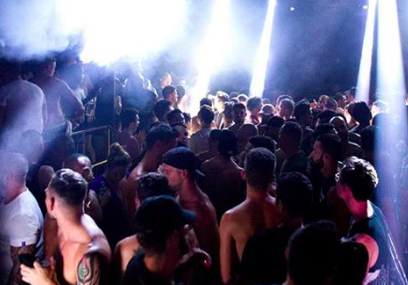 The nominees are in, and voting has begun for the Best of Gaycities 2018.

The community has long come together to socialize, dance to thumping beats, and generally have an awesome time. That time-honored tradition continues today all over the world with some of the hottest parties in human history.

Here’s a chance to check out this year’s contenders for the best of–and plan your next vacation.

Born in San Diego, DILF has now extended to more than 17 cities in North America. The party aims to introduce older men to younger guys against a background of acclaimed DJs and their awesome beats.

This all-inclusive New York bash invites a diverse group to wear the most outrageous of [email protected] outfits against a venue that evokes a church setting. Battle Hymn creates a dancefloor as a place of inclusion.

LA-based Rhonda calls together a pansexual clientele to dance and mingle without the judgment of the usual circuit party crowd. Combining the hipster-vintage feel with Silverlake neighborhood with the hot thump of EDM, it’s a club experience like no other.

Pittsburgh brings the sizzle of electronic dance music together with sexual freedom and exploration into this hedonistic wonderland. Eveything goes on the dancefloor in an attempt to revive the feeling of the gay bathhouses of yesteryear.

Don't Turn On The Lights💡 📸 @lincolnlinfeb

German for “east train station,” Ostbahnhof is the international chic combining hot music with political and artistic philosophy. Welcoming to both straight and gay people (and everyone in between), the party aims for an atmosphere where you can sate your curiosity.

London’s answer to ageism, Daddy Issues welcomes men of all ages and backgrounds to a sex-positive pool party that also offers STD testing services in an environment free of judgment. The party has since opened an LA chapter as well, expanding the festivities stateside.

Evita combines Hollywood glamour with a huge dance party, welcoming men and women of all ages, background and sexual tastes.

It’s not a Thursday, but here’s a throwback to Paradisco’s first year of existence in 2012. Season SIX of Paradisco starts January 14th at @lebainnyc from 3-9P!

The Sunday Tea Dance gets an upgrade to disco fabulousness thanks to NYC’s Paradisco. The event channels the best elements of 70s disco techs with the hottest dance music of today.

Leather culture meets dance culture with this NYC party that welcomes harness-clad men, bears, and anyone else that loves them.

Though located in London, Horse Meat Disco captures an international feel, welcoming men from every region of the planet. An eclectic musical mix and pansexual atmosphere have helped the party earn international attention, and even sparked a worldwide tour of the festivities.