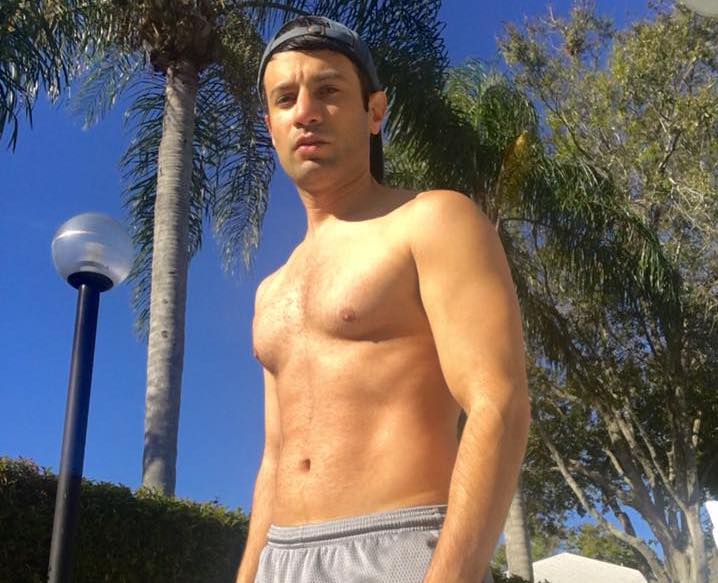 New York native and Nashville dweller Joey Amato has a lot to say about Houston.

The GayCities reader known for his travel blog Pride Journeys lives life on the go. From tasting the local Texas flavors to exploring the Montrose gayborhood, Joey didn’t waste any time getting around during his recent trip.

Read Joey’s  journey to discover why everything’s bigger in Texas:

Throughout my career as a travel journalist thus far, I have been to Texas about a dozen times for both work and pleasure. However, the one city I never visited until recently was Houston. I quickly noticed that each Texas metropolis has its own flavor. Houston is no different. I was surprised how much I enjoyed the city, which is home to a great mix of art, music and LGBT culture.

The Houston skyline is quite recognizable, with towering high rises which can be viewed from miles away, but instead of staying downtown like I do on most visits, I opted instead to first settle in a neighborhood known as The Heights. There aren’t a lot of lodging options in this neighborhood, but I happened to stumble upon Sara’s Inn, a delightful bed and breakfast, which operates in a beautiful Victorian home built in 1898. In 1983, Donna and Tillman Arledge purchased the property and began its restoration and conversion to a bed and breakfast.

The property was later purchased by local Heights residents Jihye and John Deveau and has undergone a transformation, painting over the once grey and white exterior with a myriad of historical colors, distinguishing it as a true painted lady of Houston. It is continually ranked as the #1 bed and breakfast in the city.

My room was basically its own apartment, complete with full kitchen, large bathroom, sitting area and dining room. I didn’t want to leave as it sure felt like home. The experience would not be complete without a homemade breakfast from Miss Jeannie, an incredible 88-year-old woman who still cooks breakfast for their guests every morning.

The arts and culture scene in Houston is thriving and I wasted no time checking it out. My first stop was the Museum of Fine Arts. Established in 1900, the museum is among the 10 largest art museums in the country, with a collection of more than 65,000 works. Being limited for time, I opted to visit the current featured exhibition Peacock in the Desert: The Royal Arts of Jodhpur. The exhibition came to MFA direct from India and features masterpieces and relics, never before seen outside of palace walls, that illustrate the history and artistic legacy of the Rathore dynasty.

Next, I wanted to get a flavor of the local art scene, so I visited Jumper Maybach Fine Art, a gallery located just a few blocks from Sara’s Inn. The contemporary art gallery features dozens of abstract works by LGBT artist Jumper Maybach. Jumper was recently named the Official Artist of Pride Houston and presented one of his works to the Mayor of Houston at their pride festival this past June.

Speaking of LGBT life, I had to check out the Montrose Neighborhood, which is the epicenter of LGBT culture in Houston. The evening I was there, Hamburger Mary’s was hosting an event for Pride Houston where they were honoring a few of the past grand marshals of the festival. It was very nice to speak with some of the city’s LGBT community and business leaders, most notably Jeremy Fain, and learn more about what the city has to offer.

Just a few blocks away is Rich’s Houston, one of Houston’s most popular gay clubs. The two-story venue has a large dance floor, a swanky VIP room and lots of eye candy to help make your evening quite memorable. It always helps to pick up a copy of the Montrose Star or OutSmart Magazine while visiting the city as those publications really have their finger on the pulse of LGBT life. About-Online and My Gay Houston are two wonderful online resources to help you plan your trip.

If you aren’t hungover the next morning, head to Space Center Houston, located about 30 miles south of downtown. As you approach the property, the first thing that catches your eye is Independence Plaza and a replica of the shuttle Independence, mounted on top of the original NASA 905 shuttle carrier aircraft. It is the world’s only shuttle mounted on this type of aircraft. Guests are encouraged to tour both vehicles.

While inside, guests can visit multiple exhibits which provide a glimpse into the historic shuttle era and describe its impact on current and future space exploration. Fitting Space Center Houston’s educationally focused mission, the exhibits explore problem-solving concepts, possible career paths in science, technology, engineering, and mathematics, as well as examples of innovation from the shuttle era.

Free tours are available to multiple buildings around the campus, including Rocket Park, where one of only three of the remaining actual Saturn V rockets is displayed, along with other rockets that propelled space exploration.

Mission Control is also a very popular stop where visitors will learn about the NASA-led Gemini and Apollo missions, including the momentous first lunar landing as well as other early space missions. If you’re so inclined, you can also have lunch with an astronaut.

After a long day of exploring, I traveled to my next hotel in an area of Houston known as CityCenter. Hotel Sorella is located in a huge master-planned neighborhood consisting of apartments, retail establishments, and hotels including a movie theater and H&M, which of course I had to visit. It was probably the largest community of this nature I’ve ever seen. Everything is bigger in Texas!

My room at Hotel Sorella featured floor-to-ceiling windows, sleek hardwood floors, a relaxing chaise lounge, and desk. The bathrooms boast white marble, an over-sized walk-in shower, and custom Lather apothecary products. But most importantly, free Wi-Fi is included. It’s the little things in life that get me excited.

It is impossible to see everything Houston has to offer in one visit, so I recommend either planning a week-long stay or exploring neighborhoods over a few visits to the city. Houston is also a quick drive to Austin and San Antonio, so it can be fun planning a true Texan adventure.