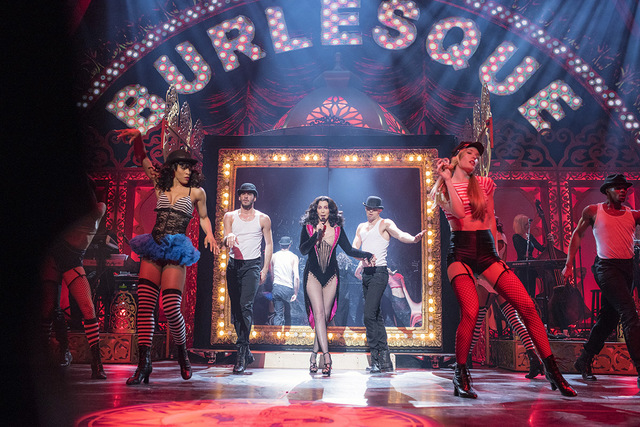 As the days get shorter, who doesn’t go into summer withdrawal? Fortunately, anyone looking for a little heat and drama this fall need look no further than the sizzling city in the desert: Las Vegas. Starting in September, the city of showmanship launches an extraordinary lineup of amazing performers, shows, and venues alongside the city’s trademark resorts and fine dining.

Tickets are already on sale for most of these highlighted events, whether they are ongoing or one-night affairs. (Have a look, and book in advance.)

Most offer VIP packages that include dinner, cocktails, souvenirs and premium seating.

Here are our picks for the hottest must-see acts. 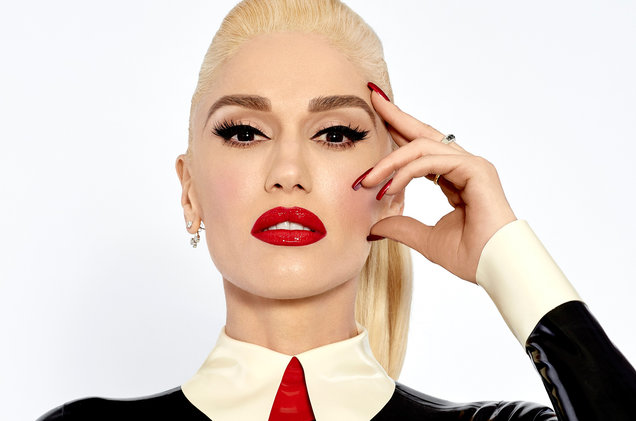 The pop siren opens a new residency at Planet Hollywood Resort & Casino this summer as she performs some of her biggest hits from her solo career and from her years fronting the band No Doubt. After taking some time off in the fall, Gwen will return to Planet Hollywood the last week of December to ring in the New Year. 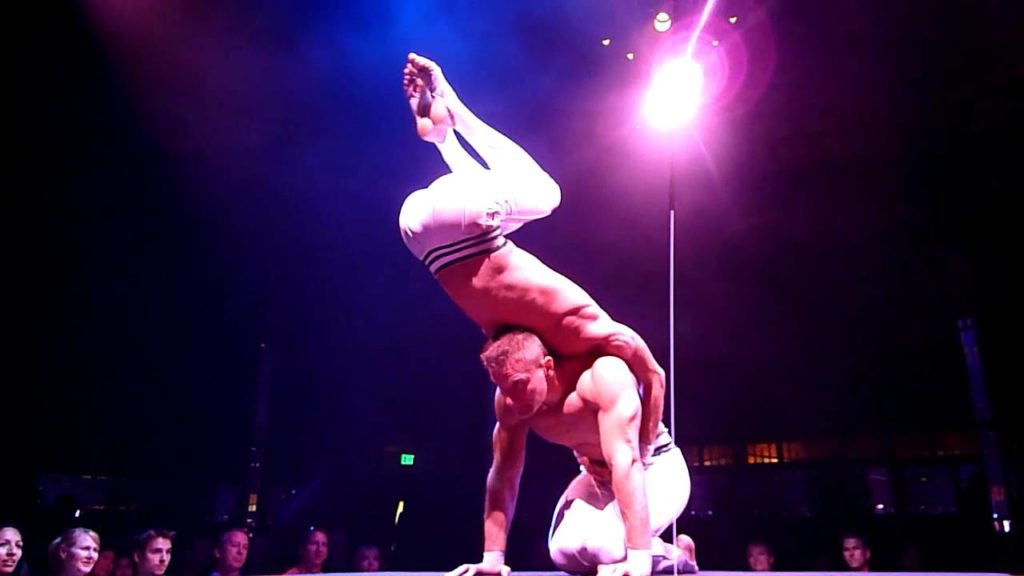 This distinctive blend of Las Vegas spectacle, experimental theater, and sexy burlesque has definitely made waves. Performed nightly, Absinthe at Caesars Palace immerses an audience in 19th century-style vaudeville, with circus performers and stand-up comedy aimed at combining the best of the city’s entertainment into one sexy night out.

3. Santana at House of Blues Las Vegas inside Mandalay Bay 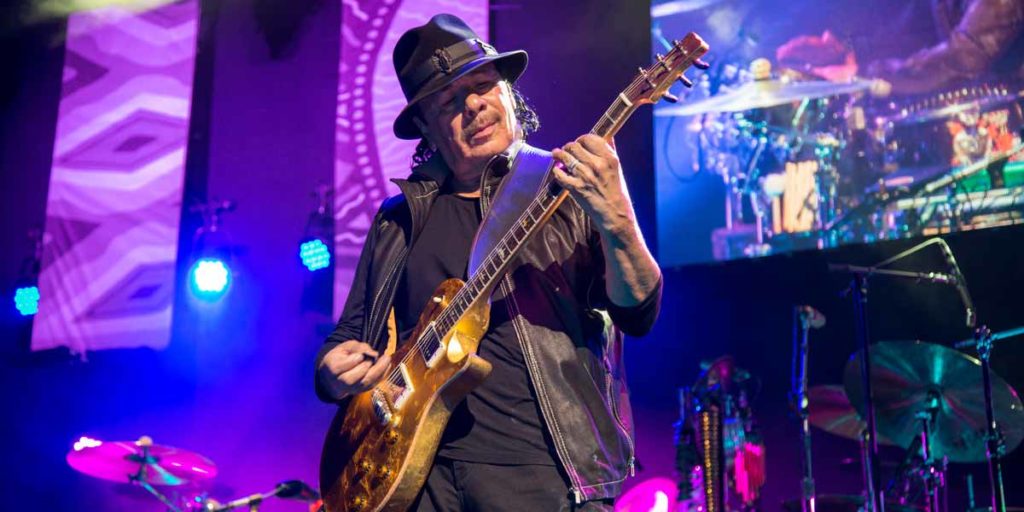 The Latin rock legend takes up residency at the House of Blues Las Vegas this September when he strums his greatest hits five times a week in this intimate venue. Enjoy the sexy swirl of Santana’s guitar and velvety voice with a lineup of his greatest hits. 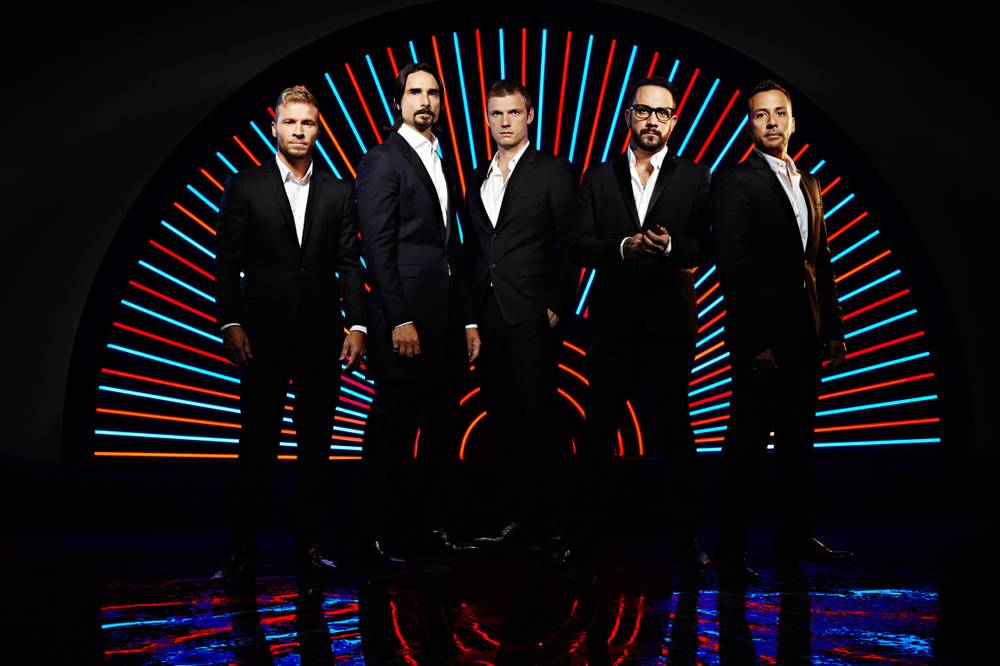 The pop sensations have taken up residency at Planet Hollywood Resort & Casino, where they perform their greatest hits this October and November. This exclusive Las Vegas production finds the original lineup belting out a mix of old and new material, which makes for a great night out on the strip. (And, frankly, we still have a crush on Nick.)

5. Boyz II Men at The Mirage 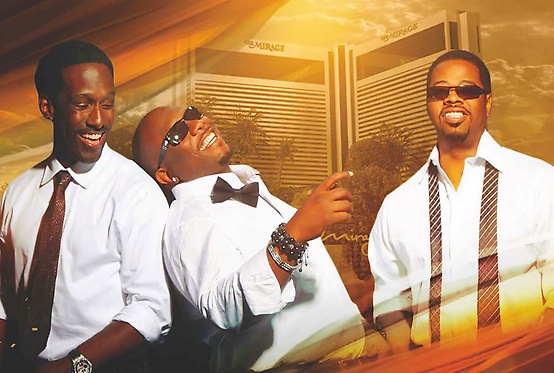 The 1990s hit-making crooners take up residency at The Mirage, where they perform their sensual moves and unforgettable songs. With dates in September, October, November, and December, look for Boys II Men to become one of the most talked-about acts. 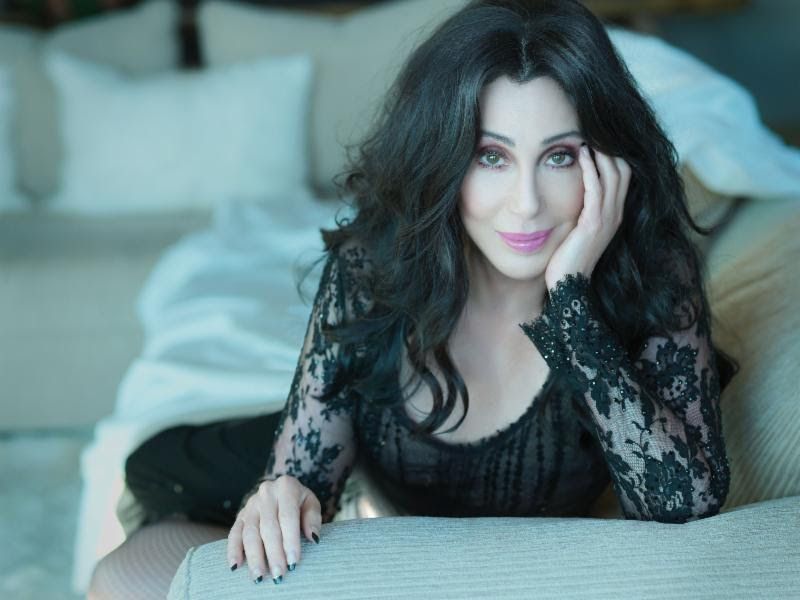 The diva and Las Vegas regular returns to Park MGM Las Vegas for an exclusive engagement this October and November. Performing hits like Believe, If I Could Turn Back Time and I Got You, Babe, Cher reminds Las Vegas audiences of her power and glamour. 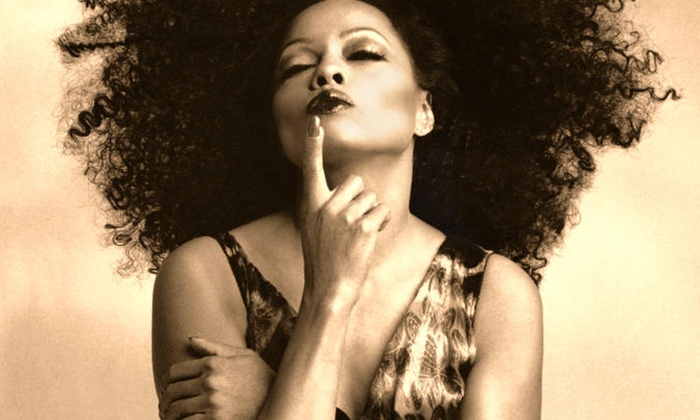 And on the subject of divas, this musical legend returns to the Wynn Las Vegas for a nine-performance run this October and November. Performing some of her biggest hits, like Baby Love, Keep Me Hangin’ On, and Love Child, Ms. Ross will set the stage on fire, so catch her while you can! 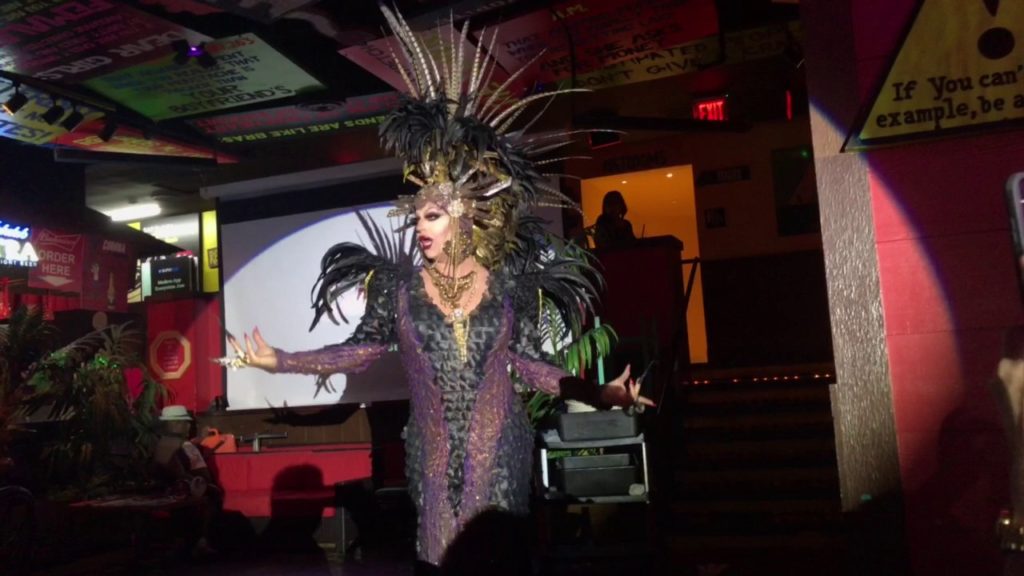 How can brunch in Las Vegas get any better? Try adding drag queens and bottomless cocktails. Performed twice daily every Saturday and Sunday, this exercise in fabulousness features a rotating lineup of drag performers, including Coco Montrose, Shangela, and Yara Sofia. 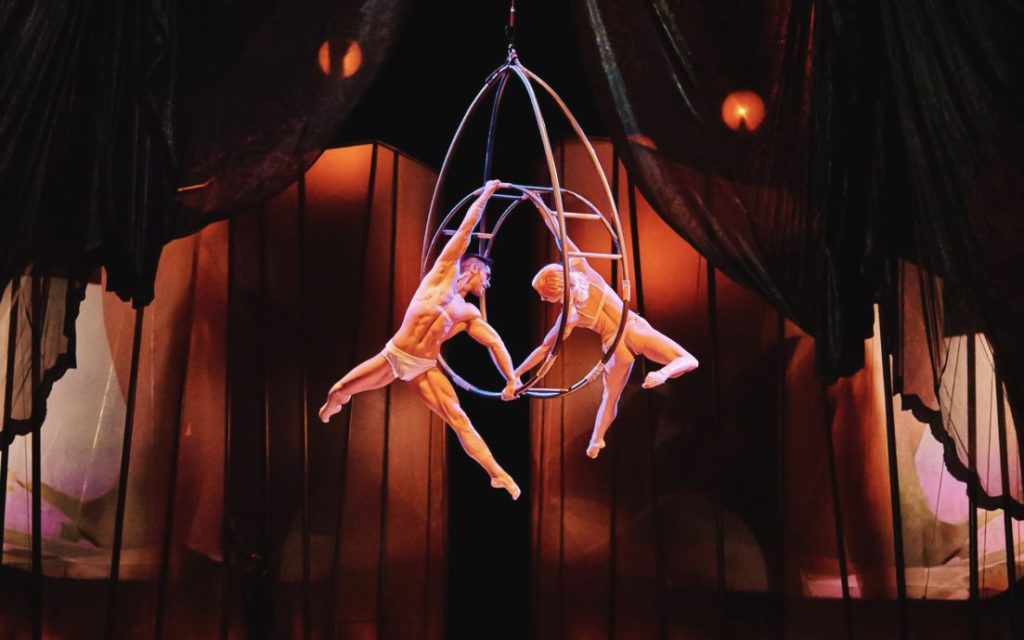 The notoriously sensual Cirque du Soleil show continues its long run with shows nightly. With all the acrobatic spectacle that has made Cirque du Soleil shows a staple of Las Vegas entertainment, Zumanity takes the audience into risque territory with a mix of steamy dance and music. 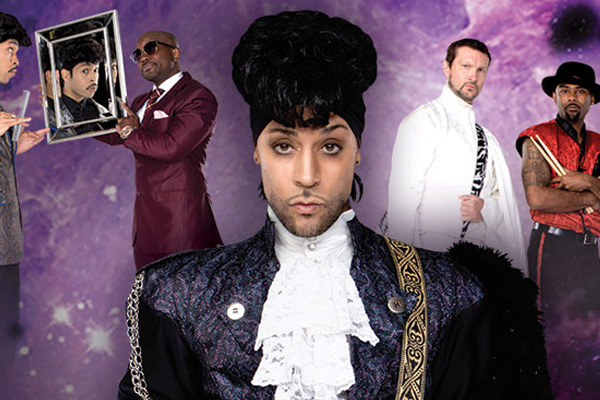 The memory of the great Prince rules the Tropicana at this tribute show featuring the beloved music of the late artist. With performances every Tuesday-Sunday, Purple Reign recalls the electric stage presence of Prince and channels his show-stopping tunes and unforgettable presence. 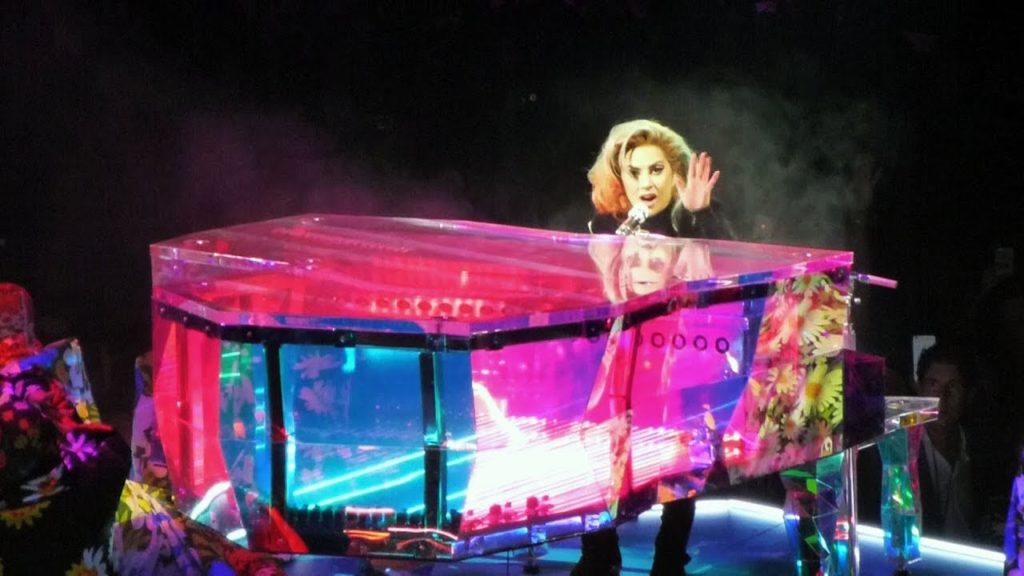 The grand dame of pop and all things queer sets up shop in Las Vegas, setting out to conquer the Entertainment Capital of the World every night. Gaga dives into her song catalog to perform her biggest hits accompanied by a brand new stage show that matches her fabulosity with the grand production value that made Las Vegas famous.

Summer is here, and so is the sizzling party scene at the Las Vegas day-club pools