Max Emerson‘s directorial debut film should be at the top of your summer watch list.

In Hooked, which releases June 5th on DVD, 18-year-old hustler Jack and his boyfriend Tom are very much in love, but Jack battles impulsiveness and difficult friendships. Enter Matt, the closeted married man who takes Jack from the New York streets to a Miami penthouse for a trip that changes the lives of everyone involved.

Max chatted with GayCities about the film, Pride Month, Tokyo, and his favorite beaches to hang around in his swimwear.

Tell us about the film Hooked.

Hooked is a crowd-funded narrative feature film about the silent epidemic of LGBT youth homelessness. More than just raising awareness, half of the film’s profits are being donated to shelters like Ali Forney Center (NYC), LA LGBT Center, Lost and Found (Atlanta), Albert Kennedy Trust (UK) and GLAAD.

You’re writer and director. What was the film’s inspiration?

The inspiration for the film came to me eight years ago when living in Miami. The film is a strong call to action for people in our community to take better care of each other, both through direct action (volunteering, donating) and examining our own personal relationships through our language, actions, and expectations of each other. 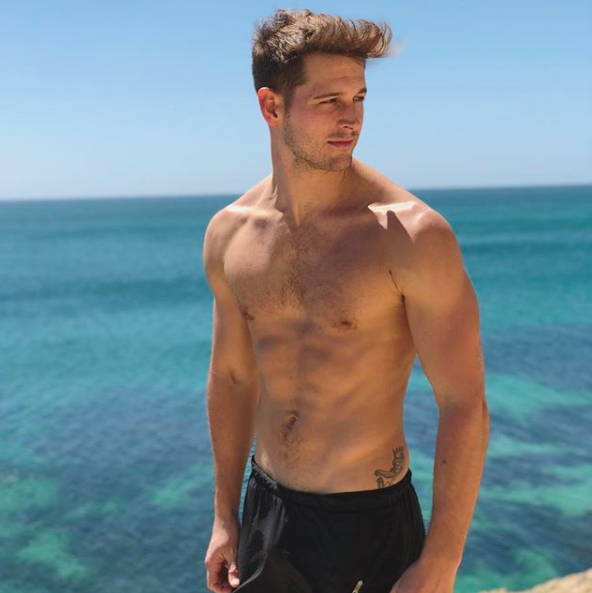 The ketchup and mustard-gun scene: Tell us about that.

It’s something 21-year-old I always wanted to do. Obviously, I’m WAY more mature now. At this more evolved stage in life, I would have picked a less-staining liquid. You have to watch it.

You make a brief cameo in the film. Tell us about the character.
Both my and Pablo Hernandez’s characters are simple allegorical characters, threshold guardians that warn Jack (our hero) of what lay ahead if he continues on the same path.

What other projects are you working on?
There is so much coming down the line, but it’s a bit soon to announce the big stuff. My most recent project is a partnership with Mac Cosmetics about turning Insta-Hunks into drag queens with the help of the industry’s top drag talent.

Which prides will you be visiting this summer?
So far it’s looking like Los Angeles and New York. Andrés and I did Tokyo Rainbow Pride a few weeks ago as well. It came at the very end of cherry blossom season–such a magical trip.

What’s your fave hotel?
I love some of the newer hotels that are really nailing it with their timeless, lush vibes. The few that come to mind are the Ace Hotels, One Hotels, and Freehand, which is technically a hostel, I think.

I live on the beach in Santa Monica, and there’s nowhere I’d rather be in the summer. Honorable mention goes to Provincetown MA, Fire Island NY, Port Douglas/Cannes Australia, Sitges Spain, and Bali Indonesia.

Check out the Hooked trailer.