We can’t imagine nightlife without go-go boys. It feels like Christmas without Santa: possible but less fun.

The experience doesn’t feel complete without music blasting louder than you can speak; dark lighting, a crowd of 10s or 4s (you can’t really tell), cheap well drinks, and a naked ass dancing on a pedestal in the distance.

Just don’t be startled by the ATM surcharges.

But because we believe every go-go boy is made different (hurray for individuality!), we’ve ranked a handful of the clubs with the sexiest (sorry for our narcissism).

It is a hard job, but someone had to do it for the greater good. 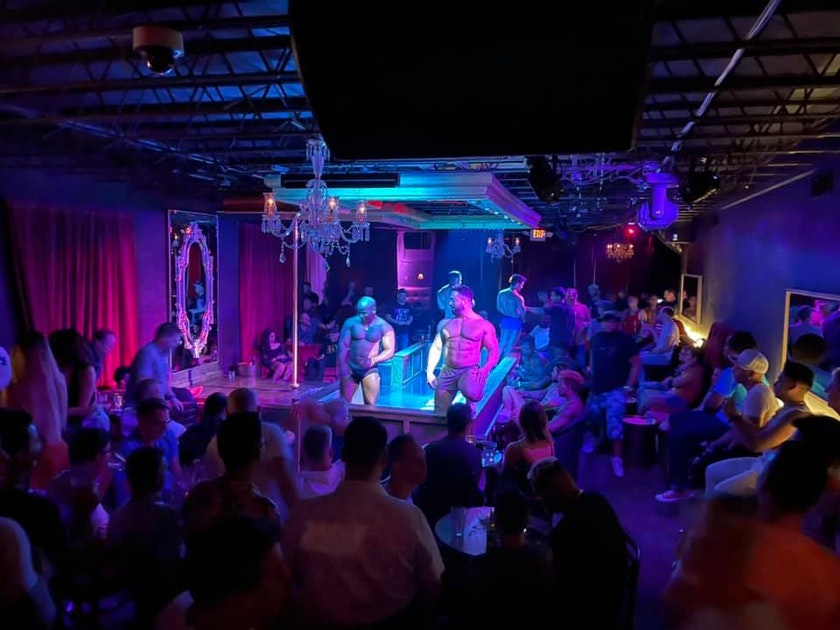 Johnson’s go-go boys look like the typical hot adult stars of Instagram. They’re sculpted, carefully groomed, know all the right moves, and you better have a couple of twenties mixed in with your dollars if you want them to dance in your direction. However, unlike traditional clubs that display go-go boys like decoration, Johnson’s makes them the spectacle. Tables and chairs surround a stage of men in jockstraps on all sides. There’s no touching, but plenty of them eventually lose the jockstrap. This is also across the Manor, SoFlo’s most prominent gay club, making for an excellent after-party spot and where many of Johnson’s go-go boys can be found after hours.

The Monster in NYC 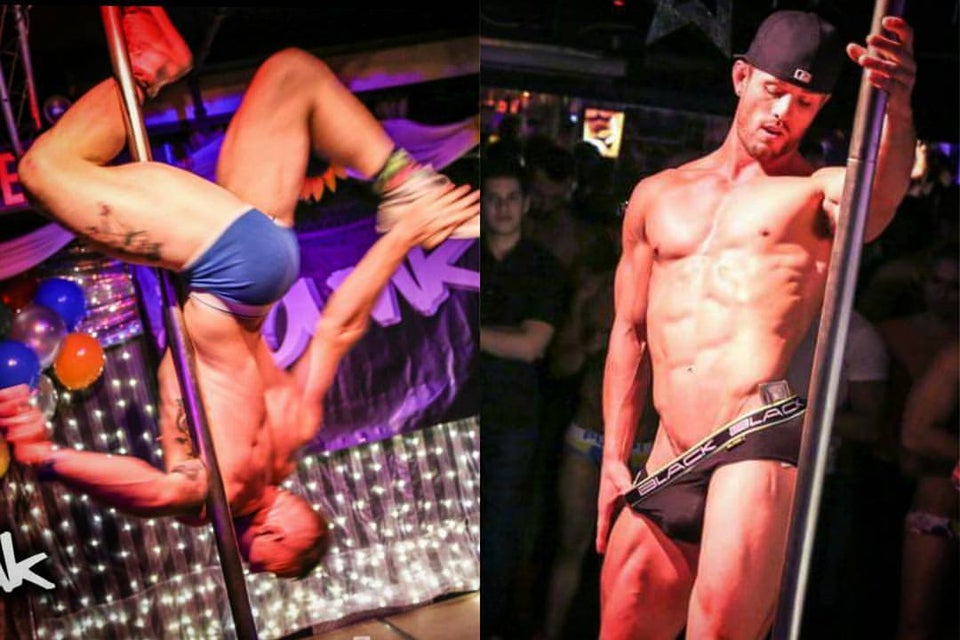 Every true New Yorker (gay or straight) has gotten a lap dance here at one point or another. Similar to its neighbor, the Stonewall, the Monster is a (go-go) historical landmark, according to us, at least. You can enjoy some piano upstairs to get in the mood before heading downstairs for what will stay between closed doors. Don’t be afraid. This will be one of the few places you’ll encounter New Yorkers who are friendly.

It might look like a cosplay convention for Onlyfans, but the go-go boys at Revolver Weho have attracted plenty of Los Angeles locals and celebrities alike (including Sam Smith) to the gay bar. And just like they do on Onlyfans, you’ll be allowed to flirt with them as long as you keep tipping. In fact, besides the handsome go-go boys, the place itself could be any gay bar in the world. But it’s not, it’s in Hollywood, Los Angeles, and that should make you feel better. Enjoy a green smoothie and a hike with that hangover tomorrow.

Go-go boys are often these monstrous, intimidating creatures with biceps the size of our heads. Leboy offers a more bite-size experience with plenty of Twink go-go boys for everyone. From medical school to hopeful sugar babies, you will also find all sorts of personalities and ambitions. So don’t just admire their naked mole-rat bodies; ask them about their dreams with your dollars.

Have you ever wondered why amateur porn is so hot? It has that relatability factor; those people could be any of us. That’s what makes The Saloon Minneapolis different than other clubs that offer your typical glass shower cage on the stage. Every Sunday, locals sign up to compete for the title of best amateurs go-go boy. If you haven’t seen all sorts of men and body types get naked and drenched while simultaneously using their genitalia to drag up wet dollar bills (inserted through various slits on the glass), then you need to ask yourself: Do you want to? Because we know just the place.