Willkommen in Wien, and Wien pronounced “Veen,” for those who don’t speak German.

It might be a good idea to pick up a few phrases, because they’ll come in handy when visiting Wien, also known as Vienna, the host of EuroPride 2019.

This year’s EuroPride is slated for June 1-16, 2019, and it promises to be a world-historic celebration: The year marks the 50th Anniversary of Stonewall. Vienna, the fabulous capital of Austria, was chosen as the host city because Austria recently joined the ranks of countries that have legalized marriage equality, effective January 1, 2019. With the 50th anniversary of Stonewall, the nation’s timing is spot on, and it is eager to show off just how welcoming the country really is.

EuroPride 2019 will no doubt be quite the raucous party, with an estimated 1 million world travelers descending upon the city in June.

For anyone who is thinking of partaking, and we highly recommend you do so, it would be best to plan ahead for the trip to Austria. Like, right about now.

Here are a few tips… 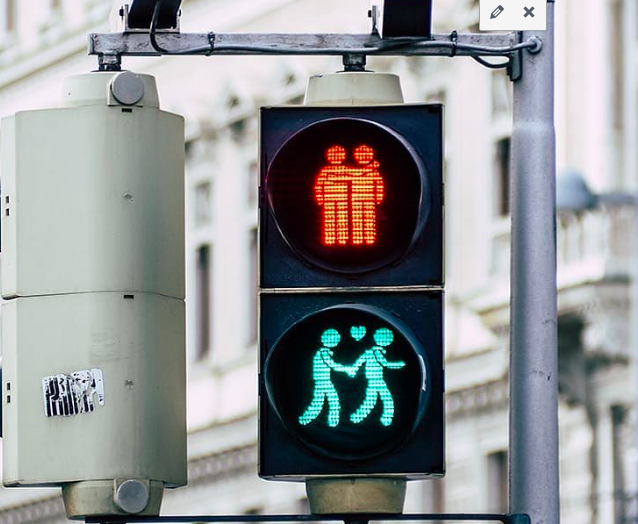 EuroPride will host events across the metropolis, but the main celebration will be in City Hall Square, a.k.a. Rathaus in German. Securing lodging early is vital; fortunately, there are countless hotels and pensions (smaller, bed and breakfast-type places). The adorably cute same-sex crosswalk lights (above) will not only lead your way everywhere but keep you safe.

Find Your Scene in Vienna

As is the case with much of the German-speaking world, Vienna offers something for every element of nightlife, from refined to racy. Most of the nightlife is clustered in the city center, with venues walking distance of each other. Why Not is the big dance club, patronized primarily by gay men. (The drag scene there can be followed on the Drag United Vienna Facebook page.) Eagle Vienna is part of the informal family of Eagle bars around the world, where burly men and their admirers go to socialize. Felixx serves glamorous cocktails; Cafe Savoy is a gorgeous historic coffee house, perfect for a relaxed beer or one of those famous Viennese coffee concoctions. Marea Alta is a lesbian bar with a popular karaoke night.

Enjoy the City of Vienna

Vienna is one of the great intellectual, artistic and cultural capitals of Europe, where much of Western civilization was shaped. Classical music composers like Mozart and Beethoven wrote symphonies, Gustav Klimt painted masterpieces of modern art, and Sigmund Freud hung out in coffee houses while pioneering the analysis of the human psyche. This culture is all around, literally in the buildings and gardens lining the streets. For an introduction into the Viennese culture, ride the tourist tram (or just walk) around Ringstrasse, a loop through the most glamorous area, to see architectural masterpieces such as the Imperial Palace of the Hofburg dynasty, Burg Theater, and the world-class Kunsthistorisches and Naturhistorisches museums. Beyond the old city, the Leopold Museum features a renowned collection of Austrian modern art. It is also walking distance to the Vienna Naschmarkt, the famous outdoor market, which is also near several gay bars where you can stop for a post-museum libation.

Where to Shop in Vienna

Showing up to EuroPride 2019 with a cute outfit is a must. Ampel Pärchen features Pride apparel and little LGBTQ-themed knickknacks, beyond the old rainbow flag beach towels of yesteryear. They sell products themed after Vienna’s same-sex stoplights. For casual fashion tastes, the busiest retail area is Mahlerstrasse; hipsters shop along Neubaugasse, where they sell vintage clothes and artisan honey. For travelers who have the wherewithal to stay at a hotel like Hotel Sacher Wien, the high-end shopping district is Goldenes Quartier beckons. Although even the window shopping is worth a visit for those lacking deep pockets. The displays in Amicus Men are breathtaking.

All lifestyles are an accepted part of the scene in the German-speaking world, and Vienna offers a comprehensive array of shopping venues: Rubberik, for instance, features custom-made, couture-level latex clothing.

Lest we forget why we came to Vienna, having so much fun galavanting around the city, EuroPride 2019 will feature numerous events that redefine how much fun a Pride celebration can be. For example, words fail to properly describe the glamour of Vienna’s annual HIV/AIDS fundraiser, Life Ball, the opening event for Vienna’s Pride celebrations. Organizers charter planes–full-size Boeings from Austrian Air Lines, darling–to shuttle in celebrities and nightlife impresarios from around the world, just to walk the red carpet, look fabulous, and of course to perform for you. An appearance at Life Ball has become a sterling stamp for American drag celebs, including Drag Race alumni Willam, Pearl, and Violet Chachki.

Related: This European city of music will beckon you with wedding bells and all things LGBTQ

After the Life Ball glitter settles, the rest of EuroPride is still to come, with an array of activities throughout the city. The Rainbow Parade will wind through the city center on June 15. Follow Europride2019.at as organizers finalize the details. Of note, try to catch a history tour of the city, and learn which members of the royal family who liked to partake in similar queer pastimes of previous centuries.

For more, check out this video highlighting the vibrant LGBTQ scene in Vienna: 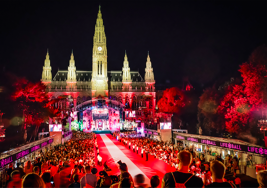