The GayCities Pride Guru interview series highlights parties, rallies, and the best places to hang out during Pride Season 2018 from an insider’s point of view. Amsterdam’s @coupleofmen is the first in the series we’ll share throughout high pride season in May and June.

Dutch-German gay couple and bloggers Couple of Men are traveling the world together one gay-friendly place at a time. The Amsterdam locals, known worldwide simply as Karl & Daan, are here with the inside scoop.

Since the beginning of their five-year relationship, the boys have been on the road almost full-time.

It’s packed with events throughout the whole city. The climax being the Canal Pride Parade over the Prinsengracht with big boats full of dressed up people doing choreographies. The goal is to celebrate by transforming the city center in an ocean of rainbows, glitter on half-naked people peacefully partying with friends from all around the world.

Which Pride party is a must?

‘Rapido’ at Paradiso, but hip alternatives are taking place all over the city. Last year’s ‘Gay Pride is Burning’ became one of the best known in town.

Favorite spot to watch the Parade?

Locals are waiting at the canal side already since the early morning. If you are lucky, try to get a spot on one of the canal boats along the route.

To dance with friends, we like the Westerkerk (Western Church), the small square between the church and the world-famous Homomonument. Older gay guys like to walk Zeedijk Street with popular bars like the Queens Head. Cruisers crowd at Club Church for busy, dark rooms. Bearded buddies are fun at Bear Necessity for fans of geared up forest animals. And gender fluid crowds go to De School where hipster Amsterdamers dance the weekend away.

Our tip: get some groceries (stores are open on Sundays), pack a picnic blanket and jump on your bike in a southwestern direction. After a 45 minutes tour, you will arrive at the Amsterdamse Bos, the forest of Amsterdam. The only thing you have to do is to enjoy your open-air brunch in the woods.

The well-known gay street Reguliersdwarsstraat, with several bars, clubs, and restaurants right in the city center, behind the flower market, is an obvious place to start.

The NZ gay sauna is definitely one of the hot spots together with Club Church. We’ve heard from outdoor cruising areas at the Amsterdamse Bos, but we actually cannot confirm that 😉

Amsterdam is considered to be one of the LGBTQ+ friendliest places in the world. Westerpark where people come together to enjoy the sun, board games and beers. On a Sunday eve, go to De Trut, an old squatters initiative with cheap drinks and an alternative crowd.

Why are you a local Pride Guru?

As a small gay boy, Daan literally grew up with the Gay Pride in Amsterdam. We attended most Gay Pride Weeks here and are again and again amazed by its beauty in the capital of the Netherlands! For our blog, we always try to capture the best moments in colorful photos and videos for the whole world to enjoy.

New York, Tokyo, Manchester, Sitges, Oslo, Portland, Fort Lauderdale and Buenos Aires. Countries we would love to visit are: Argentina, Costa Rica, New Zealand, Italy,Hawaii and actually all the gay-friendly places on the list of the Spartacus Gay Travel Index.

What else should we know?

We love Disney Parks, good (vegetarian) food, and a local draft beer. We walk hand-in-hand in as many gay Prides and parades as possible. Wanna join us? 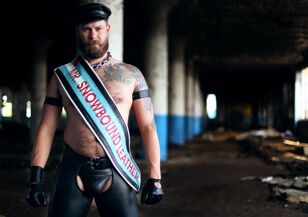 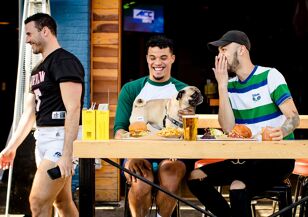 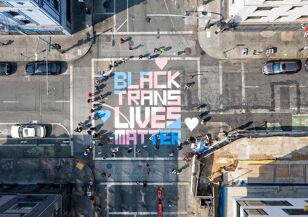 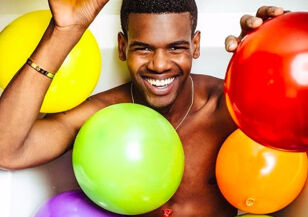 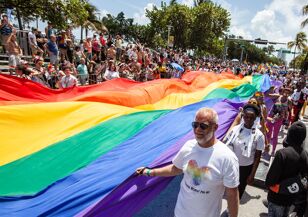