One man who has returned again and again is the Basque-American journalist and photographer simply known as koitz (with a lower-case ‘k’). He’s visited over the last 14 summers, always with his camera in tow. The result is a new book: koitz Gay Fire Island.

koitz [pictured below] moved to New York in 1994, studying at the School of Visual Arts and the International Center of Photography. He’s worked extensively on the nightlife scene, which included four years working for The Fire Island News. He lives in Williamsburg, Brooklyn, with his husband, Doug Jones.

“Fire Island is a very special place, magical in many senses. The whole experience begins the moment that you get on the ferry; you just forget your concerns and leave all the prejudices behind.

“Once there, you won’t see any cars (with the exception of service vehicles on the beach) but you will see elevated wooden boardwalks that link the dock to the houses and the beach, water taxis to travel between the communities, and a small strip of forest between the Fire Island Pines and Cherry Grove, affectionately known as the “Meat Rack” – just about one of the friskiest places on earth, if you know what I mean!

“My first trip there was in 1995 when I was young and very shy. I went to the Pines for a volleyball tournament with my team, and I remember going to a house afterward where a bunch of guys were swimming naked in the pool.

“I just sat at the edge of the pool in my bathing suit, observing everything. I went back to the Grove with my husband in 2006. I do particularly remember the drag queens that seemed to come out of nowhere. It’s amazing to see how much I have changed throughout the years.”

What about Fire Island itself? Has he seen changes in that time?

“Maybe the people have changed, but I don’t think that Fire Island has changed so much over the years. You can look at photos taken in the ’40s and ’50s by the Pajama group (visual artists Paul Cadmus, Jared French, and Margaret Hoening), or the ones taken by Tom Bianchi in the ’70s and ’80s, and you still see much of that spirit intact.

“We have clearly come a long way in terms of LGBTQ+ rights, and the AIDS years are long gone (although not forgotten), but we still go to the Fire Island Pines and Cherry Grove to be with friends, meet new people, to be who we are without fear of being judged. In that sense, not much has changed.

“I honestly believe that the essence of the gay island is pretty much the same as the one when people started going to the Grove in the late ’40s and early ’50s. I would say that the main and most positive change is the one in terms of diversity. When I started going there, most people identified as gay or lesbian, and we were mostly white. Today you see many more African-Americans and people of other races, many trans and un-conformed people. In that sense, it has certainly changed for the better!”

koitz says that when he began taking photos in 2006, he didn’t set out to create a journalistic document. However, after several years, he realized he’d amassed thousands of images.

“At the suggestion of a friend, I started seriously thinking about publishing a book. It has been a long journey, but koitz Gay Fire Island is finally out there; in a way, this was my way to give something back to this island that I love so much, and to its residents. On Fire Island there are as many visions as there are people there; this is MY vision: positive, colorful and full of life.”

Images in the book range from parties and the beach to more private moments. There are also a few nudes – rather too explicit for us to share here!

Related: Fire Island partier who said “f*ck your mask!” gets kicked out of his parents’ house

Obviously, with the ongoing COVID-19 pandemic, group gatherings on Fire Island are currently discouraged. Once restrictions are lifted, and looking ahead to future summers, what would koitz recommend for Fire Island virgins?

“Someone can go to Fire Island for many reasons: for the parties, the beach, and let’s not forget, the sex and the camaraderie… But one can find solace and calm there too, and some people go to Fire Island because of that so it is kind of hard to recommend just one event, but since you put me in the spot, I would say that The Invasion of the Pines, that occurs every 4th of July, is one not to be missed.

“Younger people definitely go to the DWorld Underwear party that occurs every Friday during the summer. Also, the tea dance at the Blue Whale, the pool party at the Ice Palace, the Pines Party… There are so many public and private parties there!

“But the whole experience would not be complete without a walk through the Sunken Forest, a magical place where one can observe the flora and spot dozens of different birds. It is such a beautiful place!” 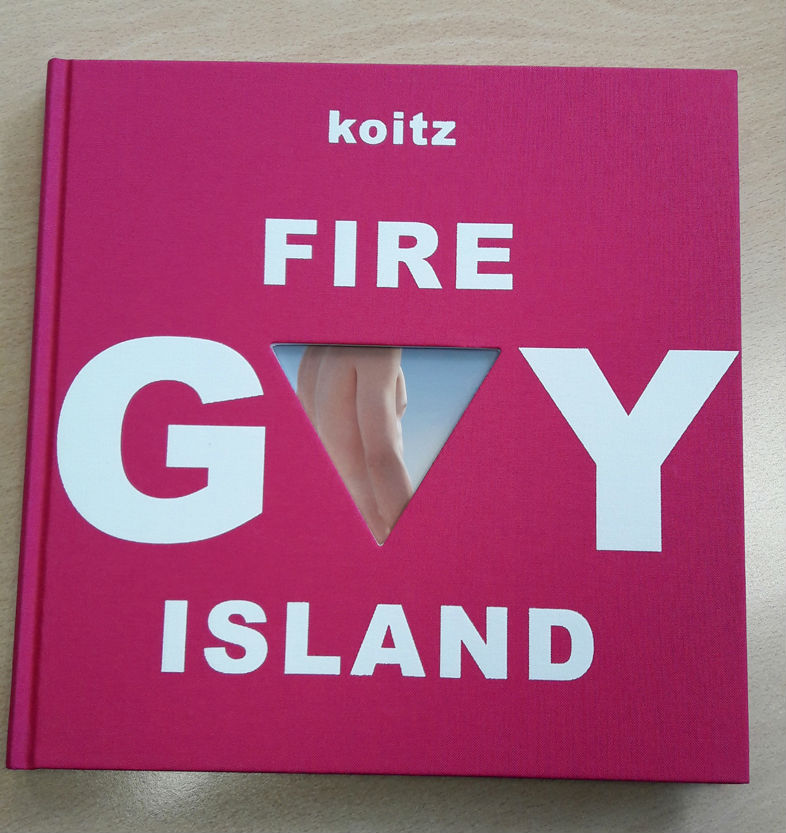