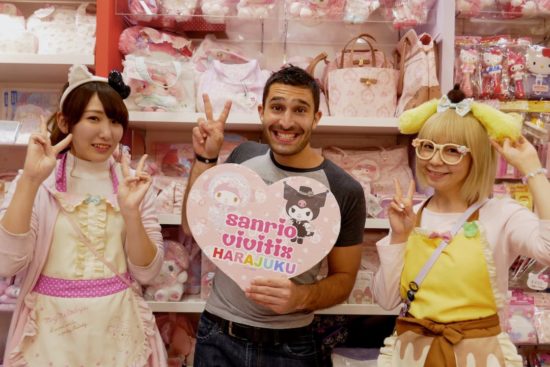 Japan is one of our favorite destinations in Asia. It has some of the tastiest food we’ve ever tried and the people are so respectful, friendly and welcoming to foreigners.

Tokyo is the capital city and main transport hub of the country. It’s also one of the best foodie destinations in our opinion and also has the largest concentration of gay bars in the world with around 300 squeezed around several blocks in the Shinjuku Ni-Chōme district.

We strongly advise using GoogleMaps and GayCities to save places as favorites and pre-download the map so you can use it as a GPS offline. (If you want to stay connected, consider renting a pocket WiFi during your Japan trip.)

These are our top 5 best things to do in Tokyo.

1. Party in the gay bars of Shinjuku

The majority of the gay bars and clubs of Tokyo are located in the Ni-Chōme area of Shinjuku. Most gay bars are small and unassuming, usually located in a block which seems more residential than commercial, like Usagi Bar. These sorts of bars are really homely and attract a local crowd who even bring cooked meals to share around.

Aiiro is another bar which gets busy, which is open till the early hours of the next day – you can identify it by the large “Torri” (Japanese shrine) outside.

Bears will want to check out the super friendly Leo Lounge, which is also a great place to come for karaoke.

FTM Bois Bar is one of the best bars in Tokyo for the transsexual community – open only on Monday evenings.

After watching “Memoirs of a Geisha” we were completely fascinated by the elusive geisha and maiko culture. You can, of course, find the culture in Kyoto, where the majority are based and try to spot them in the Gion area. However, in Tokyo, we discovered the excellent Studio Geisha Cafe where you can try it out for yourself.

You spend the day dressing up as a geisha for a photoshoot. We found this to be the best way to learn more about geisha because every aspect of the dress and make up is wrapped in history and culture. For example, the iconic heavy white makeup worn by geisha is because this was the only way to highlight their faces in poorly lit rooms back in the days before electricity was invented.

Interesting fact – the original geisha were male. They were called “Taikomochi” who were male advisors and also entertainers to their feudal lords back in the 13th century. These male geisha were also tea connoisseurs, artists, and gifted storytellers. The first female geisha didn’t actually appear until the 1750s but grew so quickly in popularity that they soon outnumbered their male counterparts.

Tsukiji used to be the world’s largest fish market but as of October 2018 it was closed down so the site could be used for the 2020 Tokyo Olympics. It is now housed at a former plant at Toyosu. It is famous for having dramatic tuna auctions really early in the morning where they can fetch prices of up to half a million dollars. If you come early, you can watch the auctions from the observation viewing galleries.

For us, the real highlight of the Toyosu market are the many small restaurants around it. Here you can try some of the best sushi and sashimi in the country because it is fish the restaurant has purchased from the market early in the day. There are also different varieties of sushi/sashimi you can try from the most common like salmon to the more obscure like horse or even chicken. 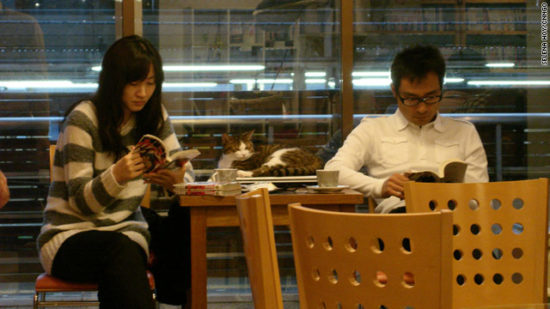 Animal cafes are one of the many quirky attractions of Tokyo. Our favorite are cat cafes. This is literally a place you can come to enjoy a cup of coffee surrounded by adorable cats. Tokyo’s cat cafes became so popular that the idea was expanded to other types of animal cafes like owls, hedgehogs and even snakes.

The quirky decor in each cafe adds to the otherworldly nature of these cafes. For example at the Temari no Ouchi cat cafe, the doors are shaped into fairytale arches with designated areas for the cats to play, nap and pose.

Tokyo is a very busy city with a population of around 10 million. The metropolitan area has a population of almost 40 million. If you take the Tokyo metro during rush hour you can get a flavor of just how busy the city gets – it’s so crazy that they have special railway station attendants called “oshiya” (literally means “pushers”) whose job is to push the crowds into the packed carriage during rush hour so that the doors can close.

A far less stressful way to experience all the people traffic of Tokyo is at the pedestrian intersection outside Shibuya Station. We recommend heading to the Starbucks overlooking it and watch: When the car traffic lights turn red, an invasion of bodies takes over the entire area.

Find out more in the GayCities guide and the Nomadic Boys guide.