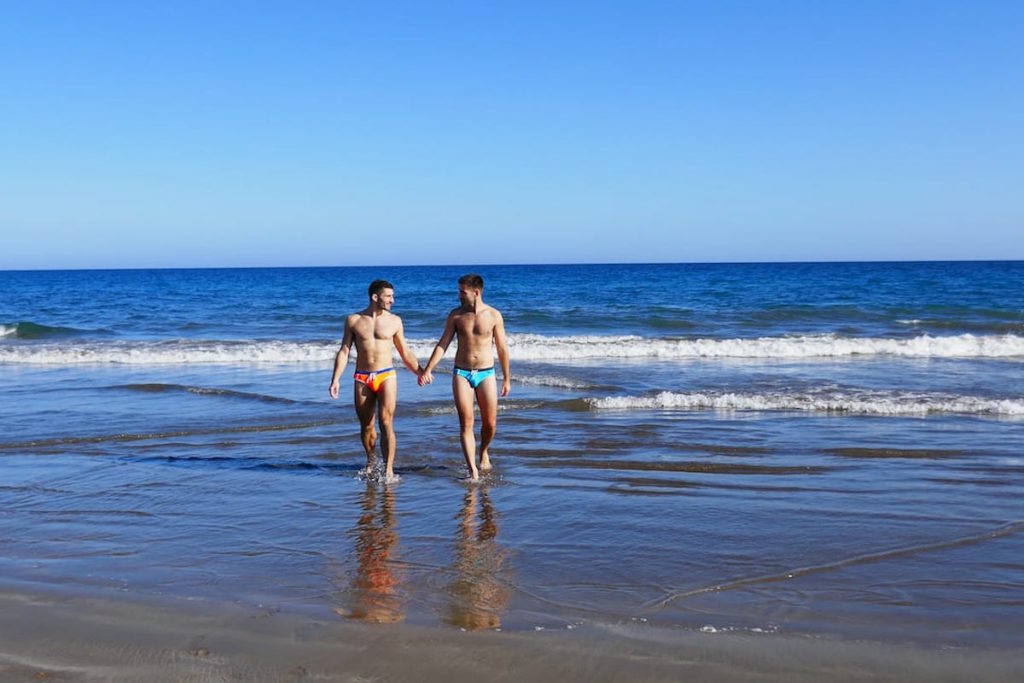 Gran Canaria has long been a popular gay destination in Spain. It is one of the Canary Islands that lies just off the coast of Africa and represents the most southern point of the European Union.

We love coming here, and for good reason. It’s got an entire Mall – The Yumbo Centre – devoted to gay bars, clubs, and boutique shops. In addition, there’s a clothing optional gay beach near the sand dunes, numerous gay events and parties spread throughout the year including its very own fetish week.

However, there is a completely different side of the island, begging to be discovered. Most will base themselves in Maspalomas and not make it past Yumbo Centre and the gay beach near those sand dunes.

So here’s our 5 unique things to do in Gran Canaria to inspire you to venture out beyond the pink Playa Del Ingles bubble in Maspalomas: 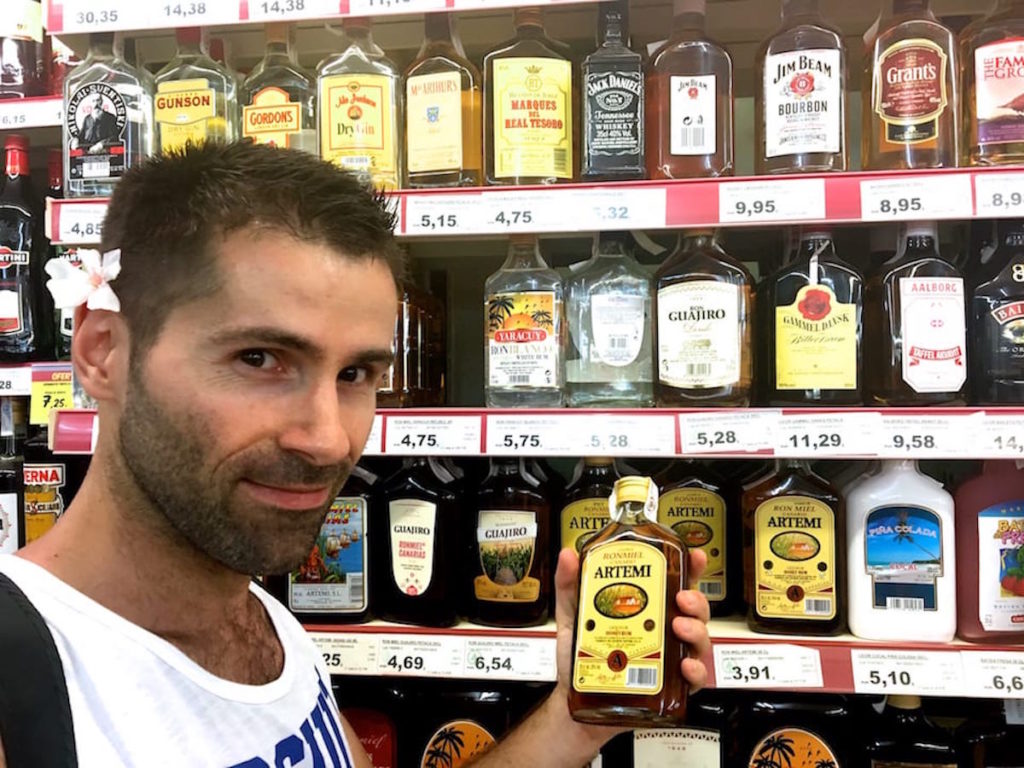 Sugar cane is big business in Gran Canaria. The Canarians were producing rum long before anyone else. Gran Canaria’s sugar plantation exports took a nose dive after Colombus introduced it to the new world and the focus shifted to the Caribbean and Brazil. Nonetheless, Gran Canaria still produces plenty of rum each year.

The Arehucas Rum Factory is the oldest rum distillery in Europe, which you can visit as part of a day trip to the charming town of Arucas in the North of the island.

Arehucas Blanco (white) or Arehucas Oro (gold) rum are the ones to look out for, as well as the sweeter variant called “ron miel” (honey rum). The prevalence of rum means that those mojito portions in Yumbo are guaranteed to be extra strong. 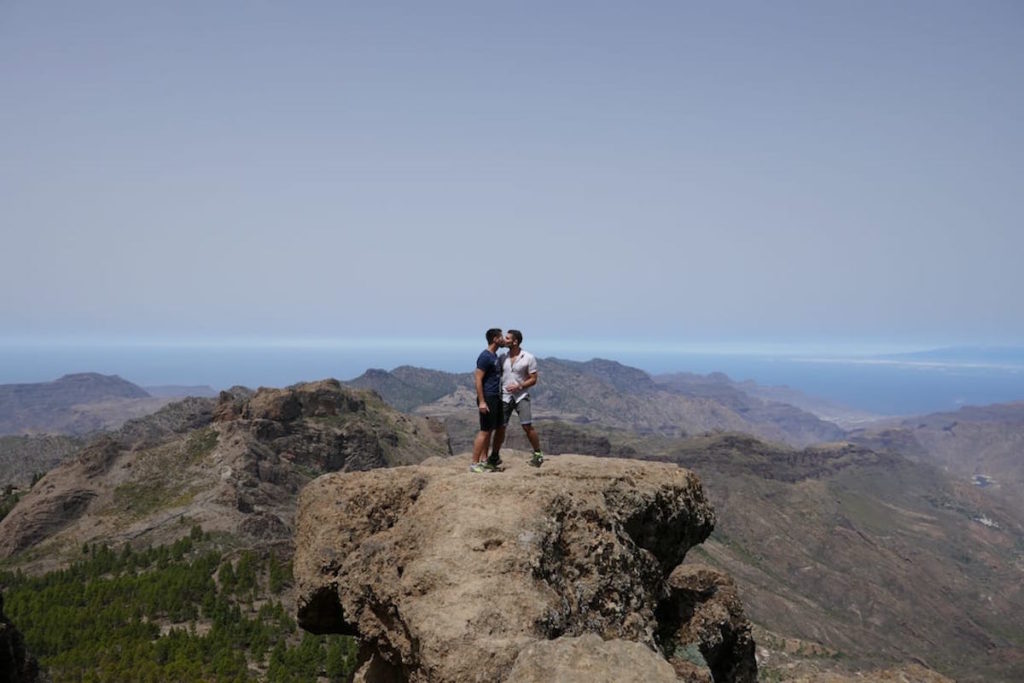 Gran Canaria has an entire mountain range of quite stunning and dramatic landscapes begging to fill up your Instagram gallery. The island is formed from volcanic eruptions over millions of years, which have left behind eroded layers of this rugged, spectacular scenery.

Roque Nublo (meaning Cloud Rock) is the most frequented point for trekkers. It’s located right in the heart of Gran Canaria and is the island’s 2nd highest point. It used to be a holy monument, the place to make sacrifices to the sun god. Today Roque Nublo is the iconic site of the island, standing proudly at an impressive 1,813m (5,948 ft) above sea level. It’s also famous for being one of the largest free-standing rocks in the world.

Roque Nublo has a well-paved path and takes around 30 minutes to an hour to trek up (depending on how enthusiastic you are with your camera). 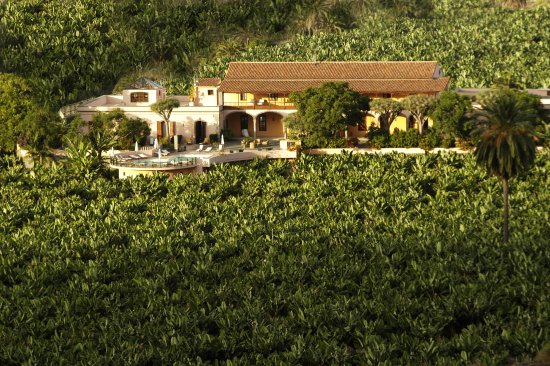 Gran Canaria is famous for its dwarf bananas, which are abundant everywhere on the island. They are smaller and sweeter than standard bananas with little black marks on the skin. Banana plantations are scattered all around but mainly congregated in the North.

Gran Canaria used to be the biggest exporters of bananas in the late 1800s and early 1900s until strong competition developed from Latin America.

One treat to look out for in Gran Canaria is the Canarian banana liquor. Delicious if you have a sweet tooth, sickly sweet if you don’t.

You can visit one of the many banana plantations on the island like Bodegas Los Berrazales near the capital city Las Palmas in the North. This Bodega is so versatile it also produces its own coffee beans and wine. 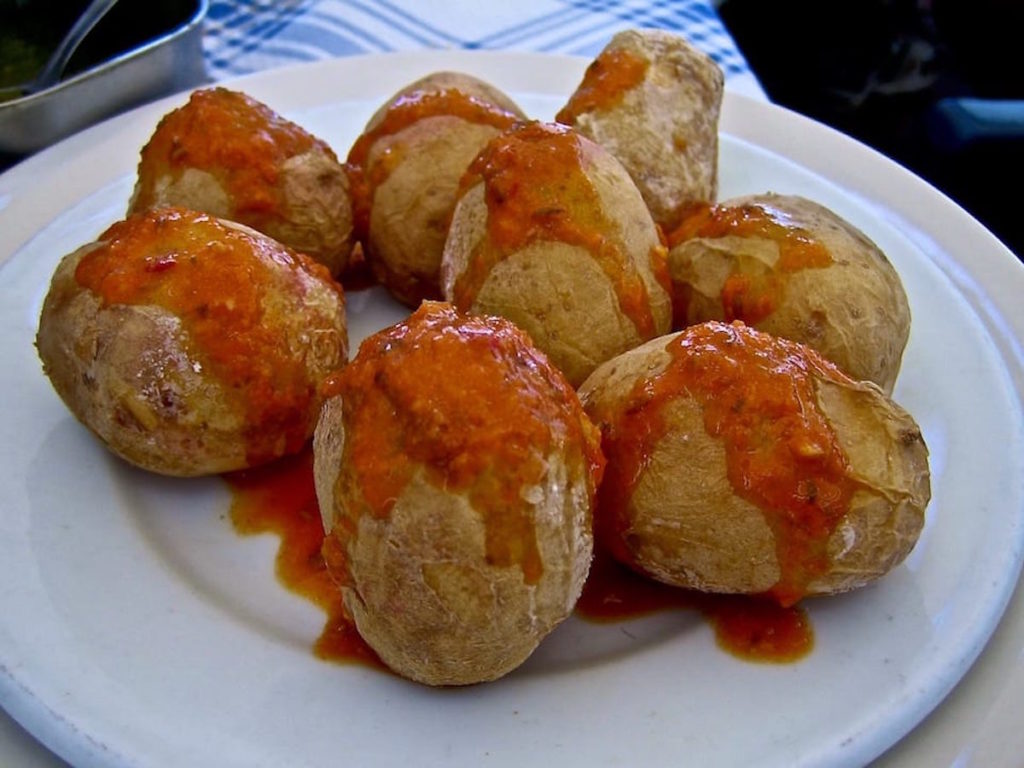 There’s a variety of dishes you should check out on the island, which we’d never before encountered traveling in mainland Spain:

What better way to complement your wrinkled mojo? With some old clothes of course! Ropa vieja is a chickpea, potato and meat-based stew (usually chicken or beef).

In Spanish ropa vieja literally translates to “old clothes”, but unlike the name, it has a rich flavor and is considered comfort food by locals. Ropa vieja was so popular, it spread to Latin America, particularly in Venezuela where it has become their national dish.

5. Sunbathe on a beautiful abandoned beach 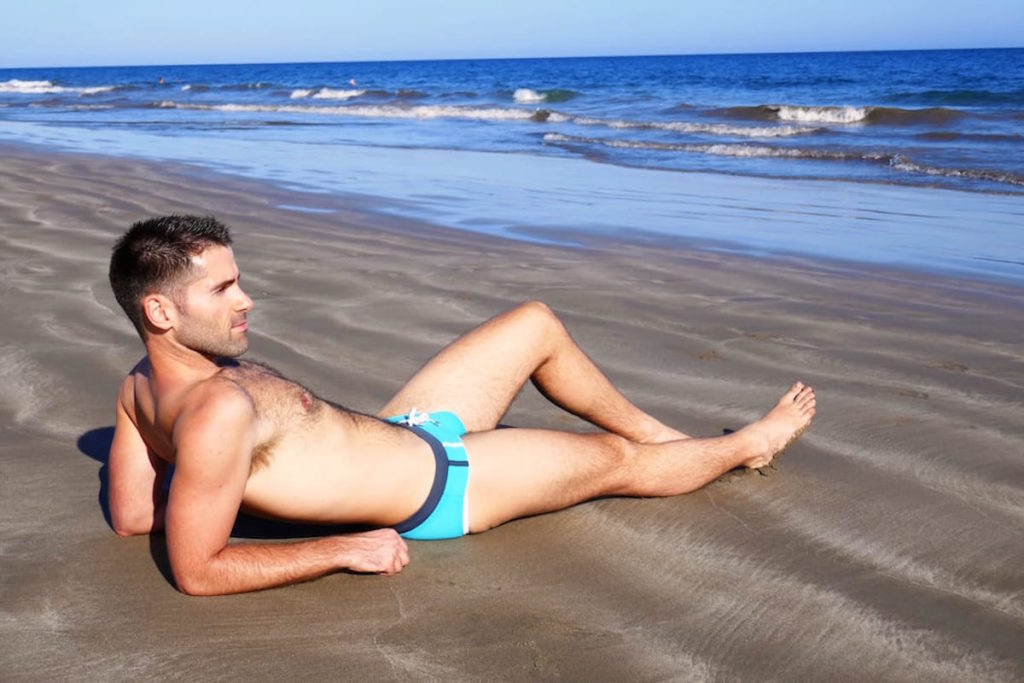 Gran Canaria’s gay beach at Kiosk #7 in Maspalomas is where the majority of the Yumbo crowd will congregate during the day. But there’s a more unique and memorable way to get your Vitamin Sea fix, away from all the crowds.

Güigüi is a clothing optional secluded beach on the Western coast of the island, hidden away at the bottom of a large ravine, and divided by rocks into two bays with dark sand and volcanic rocks.

To reach it you need to drive for 2 hours, then trek for around 2/3 hours over the rocks in the burning heat. Or, if you’re feeling too fabulous to bother with all that, you can instead grab your mates, a few bottles of Canarian Ron Miel and reach it by boat from Maspalomas, making for a fun day trip.

For more, check out our guide to Gran Canaria

PHOTOS: The guys of Alt Burn show you Something Queer