Some people are just very hard to buy gifts for. Perhaps they’re fussy, have a totally different taste to you, or already seem to have everything they need and express no strong interest in anything material.

In such cases, buying someone an experience, such as a trip to the theater – could be the perfect answer. You get to spend time together and have a memorable night in the process.

The following acclaimed productions are now running in London and New York – they’ve been wowing the critics and performing to sell-out audiences. Catch them while you can.

This upbeat, exuberant musical opened in London in 2017 and has extended its booking through August 2020.

The show is loosely based on a real-life story, which first came to light in a 2011 BBC documentary. It’s centered on 16-year-old Jamie, who grows up in a poor part of Sheffield, UK (the same city where movie The Full Monty was set).

Jamie feels different and gets bullied at school, but he learns to embrace his differences and find the confidence to express himself… as a drag queen. The musical has proved a feel-good hit with audiences and has not been turned into a movie, due to hit theaters later in 2020.

Written by Matthew Lopez, and based on EM Forster’s Howard’s End, The Inheritance has been showered with Best New Play awards. It’s directed by Stephen Daldry, the gay director of the movie Billy Elliot.

The Inheritance opened in London’s West End in 2018 and has now transferred to Broadway, where it is playing to packed-out houses. The epic production runs in two parts, which each run for around three hours each. It explores love between gay men a generation after the AIDS epidemic and asks what gay men of today owe to those who went before.

Time magazine rated it as one of the ten best theater performances of 2019. It’s an epic production but one that’s well worth seeing.

Slave Play is one of Broadway’s most talked-about productions. Written by queer, black playwright Jeremy O. Harris while he was still studying at the Yale School of Drama. It opened in October at the John Golden Theatre. The show explores power, trauma, race and interracial relationships, focussing on three couples – including a gay relationship.

“If you’re a gay, Black man who is an equal opportunity lover or banger, Slave Play is going to punch you in the gut and ask you to reflect on your sex life not to mention your love life,” said Lamar Dawson in a review on Queerty.

This critically-acclaimed first play by S. Asher Gelman centers on gay couple Josh and Alex. The men are in an open relationship, and find the dynamic thrown by the arrival in their lives of a new, young lover, Darius. All three men find themselves exploring their understanding of love and intimacy and questioning their choices. The show previously ran for 14 months Off-Broadway.

Afterglow debuted in London earlier this year but returned to Waterloo East for a second, triumphant run. But catch it while you can – it runs until December, 22, only.

The groundbreaking, version of Swan Lake, with an all-male ballet troupe, was the longest-running ballet to ever hit stages in London and New York. Since first appearing in 1995, the show – devised by British choreographer Matthew Bourne – has continued to wow audiences.

A “reimagined” version is now engaged on an international tour. You can catch it in the US over the following dates: 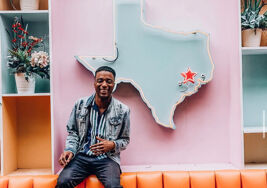