The countryside and historic urban settings of Great Britain have long intrigued the world, and the massive popular interest in television series like The Crown, the cult classic Absolutely Fabulous and Downton Abbey have only intensified the trend.

“From quaint villages and beaches to lovely walks and tea room lunches, there are so many very-British getaways and great ways to spend a few days with friends,” says YouTube personality Doug Armstrong about the lush scenic possibilities of Great Britain both within London and outside.

If you’re seeking castle stays, sweeping coastlines, lively nightclubs or foodie hotspots, Britain is the ideal landscape of places to discover and experience.

Here are 19 images that make us want to book a flight Great Britain today. 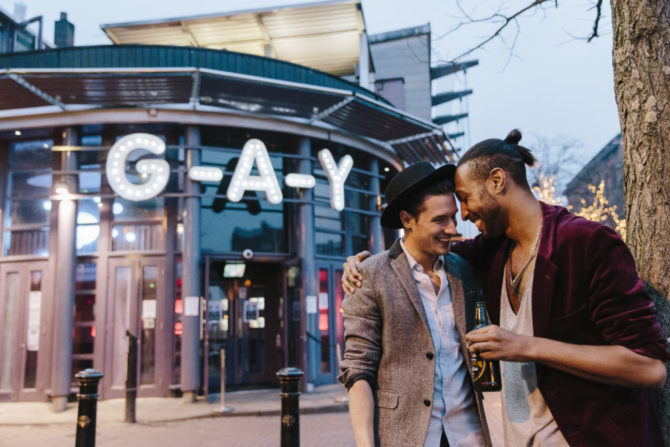 Nestled in the heart of the Gay Village, G-A-Y is one of many clubs and bars welcoming the LGBTQ+ community. Make a stop in Manchester for the nightlife, food, and picturesque gay scene. 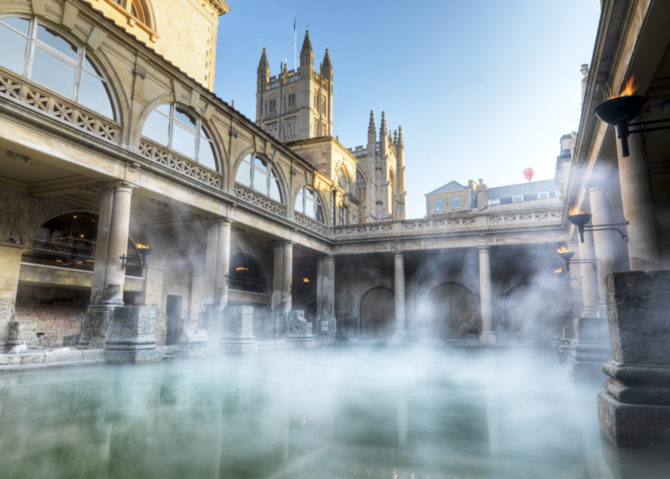 The steaming and hauntingly beautiful Roman Baths are an easy day trip from London. A single day or a long weekend could be of the most unforgettable and relaxing experiences of your life. After a pilgrimage to the 2000-year-old baths, immerse yourself at Thermae Bath Spa, Britain’s original natural thermal spa. Jane Austen fans should be sure to check in at the Jane Austen Centre for a closer look at her life and legacy.  Be sure to Instagram some fun shots with the new waxwork of Jane! 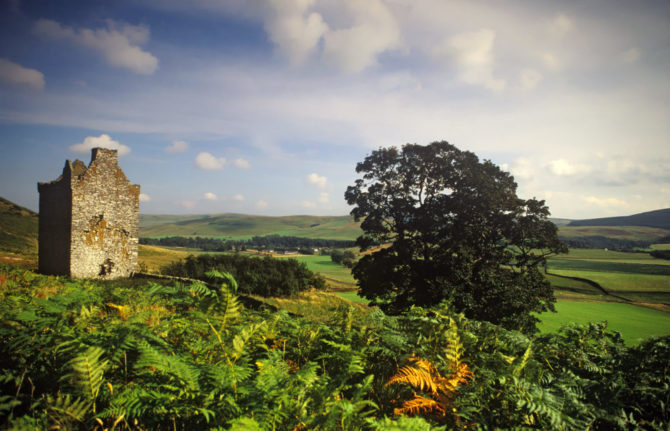 If you’re spending a bit of time exploring the Scottish countryside there are plenty of off-the-beaten-path spots to check out. The remains of the 16th-century tower house Kirkhope Tower, situated in the scenic Scottish Borders, needs to be on the list. Some other spots to check out include the Kelpies (enormous horse head sculptures near River Carron) and the Standing Stones of Stenness, located by the south-eastern shore of the Loch of Stenness. 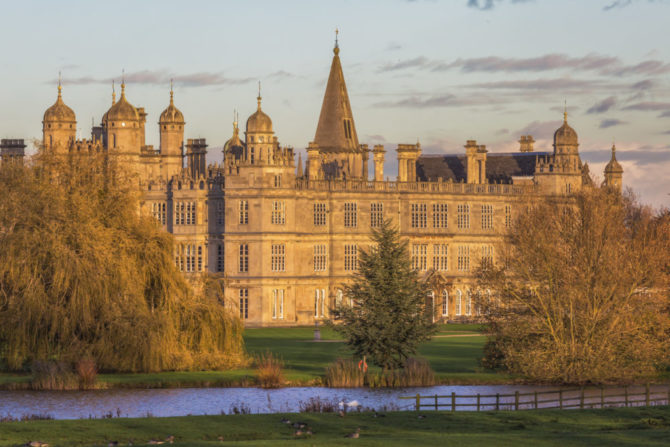 Burghley House, the 35-room 16th-century mansion, was built by Queen Elizabeth’s Lord (Sir William Cecil). If you feel like you’re walking through a Jane Austen story you’re in good company: Middlemarch, The Da Vinci Code, Pride & Prejudice, and Elizabeth: The Golden Age were filmed on site.

Wales is known for fairytale castles, untouched valleys, and sleepy villages. This couple is enjoying a stroll through Pembrokeshire, a quaint county that boasts one of Britain’s glorious National Parks, Dylan Thomas’ Boathouse, charming boutiques and romantic cafes. 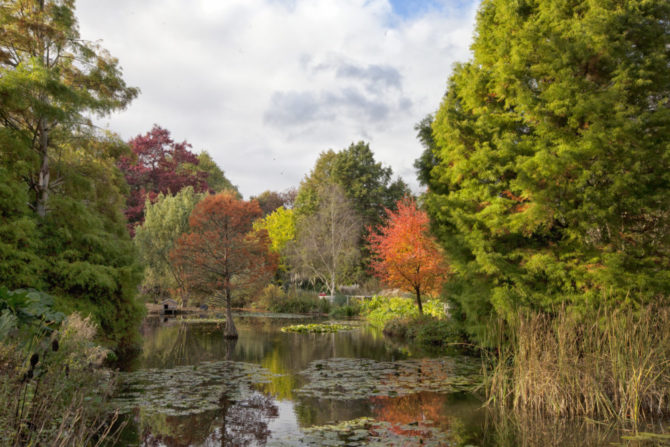 Sir Harold Hillier Gardens in Hampshire, added to the Register of Parks and Gardens of special historic interest in England in 1997, is worth a visit anytime of the year. Hampshire is definitely a hot spot for those seeking a relaxing holiday where you can shake off the office and get outdoors. If you’re looking for a bit of quiet inspiration, jump onto the Jane Austen Trail or get even more literary and retrace the steps of poet Edward Thomas in the area around Steep. 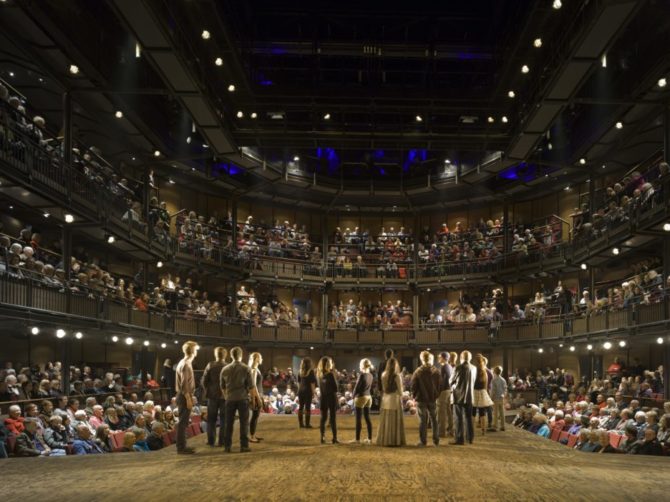 If you’re looking to brush up your Shakespeare on a trip to Britain, you must make a stop in the Shakespeare country. Based in Stratford-upon-Avon (home of William Shakespeare himself), the Royal Shakespeare Theatre (RSC) operates the Royal Shakespeare Theatre, the Swan Theatre and Studio Theatre at The Other Place. This season alone you can catch Tartuffe, Troilus and Cressida, Romeo and Juliet, Macbeth and a rare opportunity to catch Kathryn Hunter in Timon in Athens. Some of the great actors who have graced the RSC boards include Ian McKellen, Vanessa Redgrave, Judi Dench, Jude Law and Joseph Fiennes. 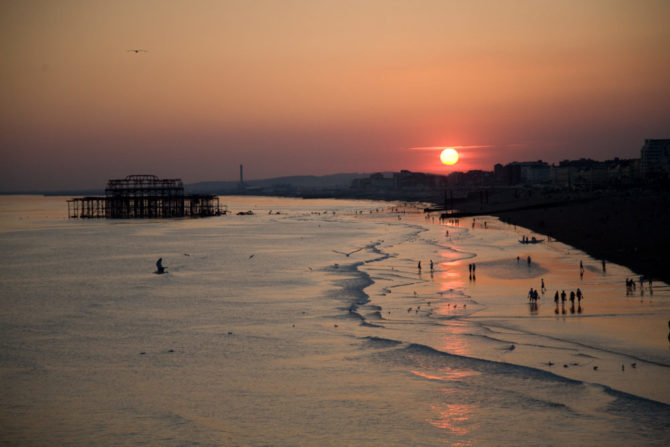 Brighton at sunset with the silhouette of the Grade I-listed West Pier, built in 1866. The Royal Pavilion was built as a seaside retreat for the Prince Regent and then George IV. Rainbow. Flags fly high over Brighton year-round, especially around the Kemp Town district and St. James Street. 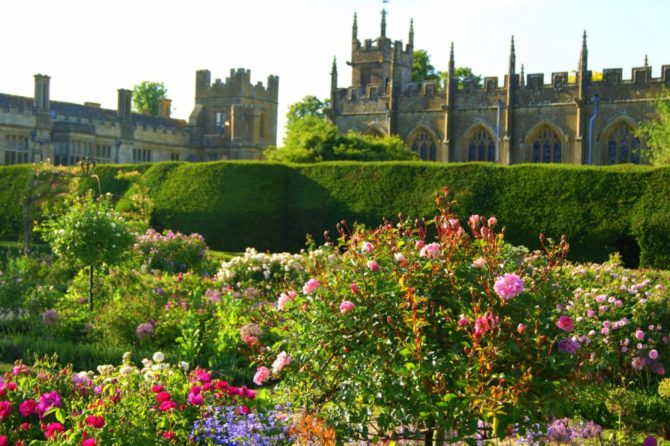 One can enjoy tea with Lady Ashcombe and walk the gardens at Sudeley Castle, the former home to Queen Katherine Parr (the last and surviving wife of King Henry VIII). The history of Sudeley reaches back thousands of years and now serves as one of the most extraordinary places for a wedding, private party or corporate event. 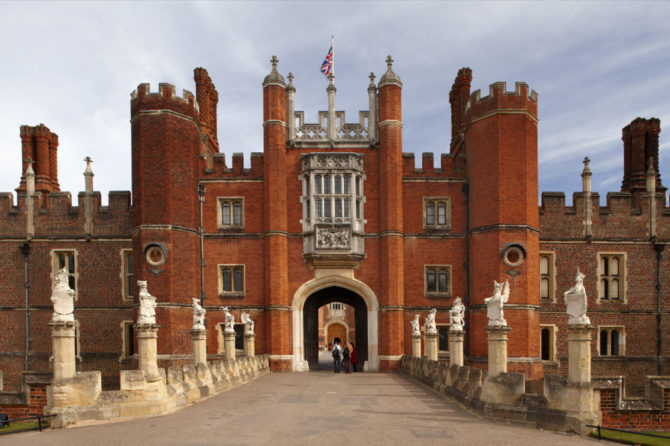 Hampton Court Palace, one of King Henry VIII’s most spectacular palaces is just up the Thames from London. This quick trip from London was the location of Disney’s Cinderella (2015), Pirates of the Caribbean: On Stranger Tides, and A Man for All Seasons.

Though British culture is so much more than tea and crumpets, it’s essential to have a formal tea when visiting Great Britain. Devonshire clotted cream is known as some of the best in all of England. Head directly to Devon for an authentic taste or hit a simple corner teahouse anywhere in Britain. If you’re in London, be sure to pop into Brown’s Hotel (Queen Victoria’s old haunt).

13. Isle of Skye in Scotland

Picture perfect Isle of Skye is located just off the Western coast of Scotland. Tourists seeking a quintessential trip to the Highlands of Scotland can swim in the fairy pools, visit Dunvegan Castle, or hunt for dinosaur footprints. This view in Sligachan is just a taste of what the landscape of the Isle of Skye is known for.

Pride in London is one of the most lively events of the year. The first UK Gay Pride Rally was hosted in London back in 1972 to commemorate the anniversary of the Stonewall riots. The festival has grown to over one million participants from all over the world. This image was taken just after the rain at the 2012 World Pride celebration. Special guests and performers over the years have included Dustin Lance Black, Amber Riley, Jennifer Saunders, Joanna Lumley, Boy George and Deborah Cox. This year’s pride parade will take place on Saturday, July 7. 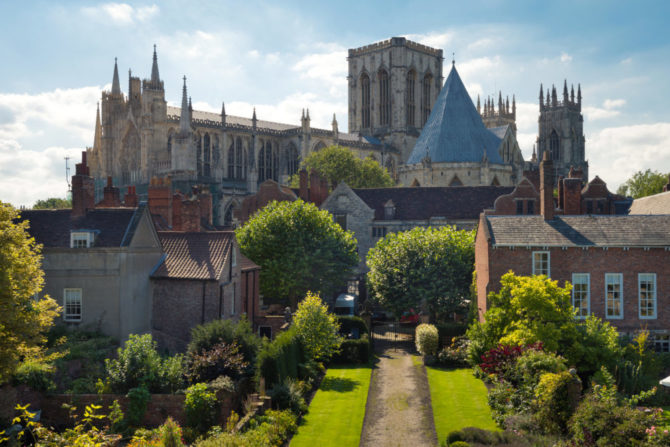 Medieval York is known for small timber-framed buildings from the 14th century and York Minster (pictured). The city was once known as Jorvik, the capital of a Viking territory. Be sure to hit the Jorvik Viking Centre for a walk in the past, promptly followed by shopping in and around The Shambles.

Three lochs meet at Eilean Donan Castle, a 13th-century castle in the Highlands of Scotland, where you can take a romantic stroll back in time.  Eilean Donan is known as one of the most visited spots in Scotland as well as a picturesque location for a destination wedding. Kilts are optional, but certainly encouraged.

Pick up a special “bear” memento in Paddington Station or most gift shops in and around London. These Paddington Bear toys were spotted at the Portobello Market but you’re sure to spot more plush bears in Paddington proper. If you’re on the hunt for local bears, be sure to hit XXL London in Vauxhall. Grr! 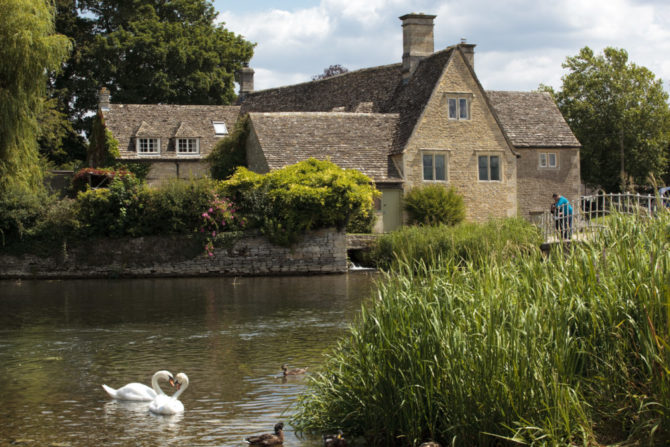 Harry Potter and Bridget Jones Diary fans already have been bringing tourists to the rolling hills of the Cotswolds for years. Now Downton Abbey fans are also descending to the area for a closer look at the area where the popular series was filmed. Highclere Castle and Bleinheim Palace are open for tours and guest visits as is Cogges Manor Farm (the farm where “Marigold” was raised by the Drewe family) as well as the cottage hospital and even Mrs. Crawley’s house. Since you’re so close, why not check out Oxford. In addition to hosting one of the most prestigious Universities in the world, Oxford is ground zero for devout Harry Potter fans.

Kensington Palace was the official residence of Princess Diana when she was married to the Prince of Wales and until her death. It has since been the home of Prince Harry until he marries Meghan Markle on May 19, 2018. The palace had a $19 million dollar makeover and renovation in 2012. This statue of Queen Victoria is positioned in front of the royal residence. Victoria lived in Kensington when she was young. Be sure to take a stroll through Kensington Gardens and see the Prince Albert Memorial and Peter Pan statue.

Who knows, you might even run into a royal. 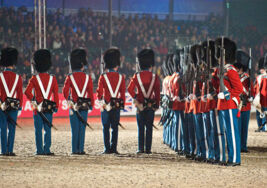 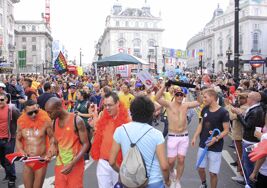