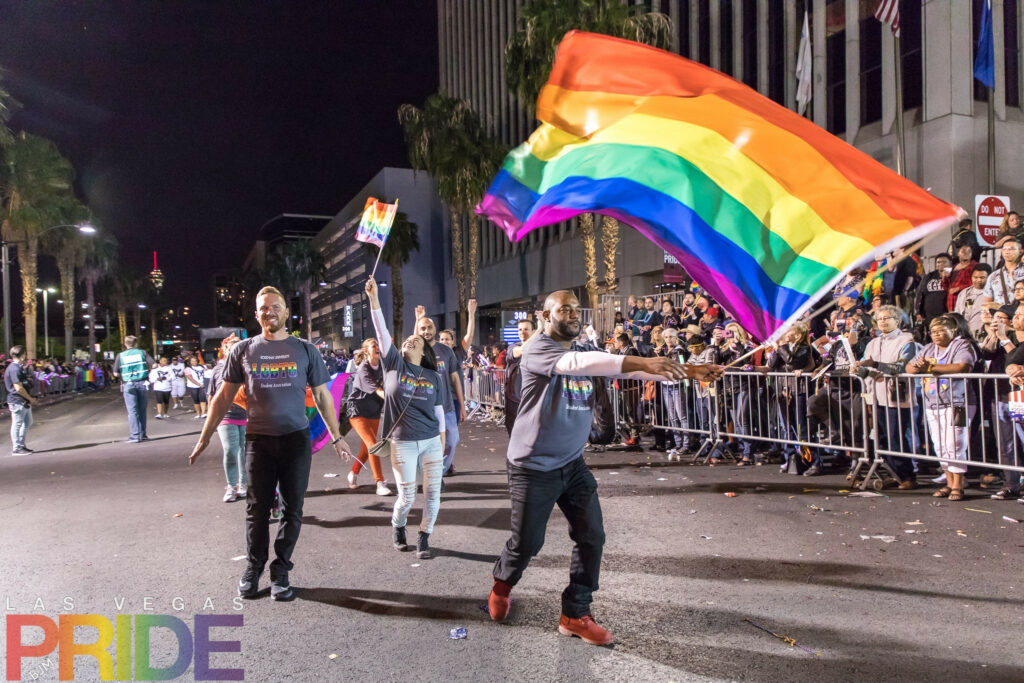 Pride festivals around the world are usually held in June, in honor of the Stonewall anniversary, but cities with hot summers sometimes host their Pride in the cooler month of fall, to coincide with National Coming Out Day.

For 2021, these October festivals are a welcome return to having an actual Pride calendar, after almost two years of cancellations due to Covid drama, and there is no hotter city than Las Vegas, where the 2021 Las Vegas Pride parade and festival will commence on Oct. 8-9.

In a city where crowds are the norm on a regular day, navigating through a big event like Las Vegas Pride requires some planning ahead. Here are some tips for making the most of Las Vegas’ Pride weekend:

Check out the parade: The Las Vegas Pride Parade is scheduled for Saturday, October 8, and because the Las Vegas sun is still very hot, the parade runs in the evening, with the pre-show starting at 6 p.m. and the parade launching at 7 p.m. The Las Vegas Pride parade route runs through Downtown Las Vegas, which is at the northern end of the Las Vegas strip, beginning at the intersection of 4th St. and Stewart Ave., and running south along 4th St., down to Gass Ave. Many spectators will be gathered near the beginning of the route by the Fremont St. Experience, a pedestrian mall popular with Nevada locals and Elvis impersonators.

Enjoy the festival: The Las Vegas Pride festival is on Oct. 9, at Craig Ranch Regional Park in North Las Vegas. Advance admission tickets are $22.29, or $63.69 for VIP entrance and better views of the stage, among other perks. Mainstage entertainment includes the ever-glamorous Jiggly Caliente from multiple seasons of RuPaul’s Drag Race. Get your Las Vegas Pride tickets here.

Pick your hotel wisely: Las Vegas has more hotel rooms than any other metro area in the U.S., which means those hotels are literally all over the metro area, but it should be noted that the most famous hotels in Las Vegas aren’t actually in the city, but south along the Las Vegas Strip. For access to Las Vegas Pride, try a hotel closer to the action: The Strat is at the north end of the strip and approximately 1 1/2 miles from the parade route, a short taxi/rideshare away (or manageable if your phone dies and you need to walk back). The casino at The Strat has a noisy, rock-and-roll vibe, but the hotel rooms are receiving a facelift with updated amenities and upgraded new beds, so ask for one of those rooms at check-in.

Guests also have access to the SkyPod in The Strat’s famous tower, with an observation deck and several terrifying thrill rides, as well as the award-winning Top Of The World steakhouse that serves up fine dining, and delicious cocktails, with 360-degree views of Las Vegas and the desert beyond. A visit to the SkyPod is a real treat.

Whatever the occasion, there's always a good reason to celebrate in Las Vegas. 🎉 @opentable shares Top of the World as one of the best restaurants to plan a special occasion. 🤩 https://t.co/BmDrEji7gF pic.twitter.com/Z13hBByAIS

Spoil yourself: In a city where over-indulgence is the norm, it seems like spas are on every corner–from Korean spas like The Imperial (co-ed, but separated) to luxurious spas in all of the major hotels. Also near the northern end of The Strip, a favorite spot is the Spa at Encore Las Vegas, a lavish, luxurious oasis with next-level treatments, plus multiple soaking pools that are perfect for a day of lounging around. The Encore is particularly popular for its “day club” pool parties, with celebrity DJs and thousands of noisy partygoers (and Speedos are strictly verboten!), but inside the spa is sumptuous and calm, perfect for some post-partying repair. After a  trip to the spa, wander the technicolor grounds of the resort, with multiple restaurants and shops, and drink in the technicolor palette.

Explore the city: Although most out-0f-town visitors stay on the Strip, Downtown Las Vegas has experienced a renaissance of its own. Triple George Grill serves spectacular steaks and seafood with one of the best wine lists in the city, without those Strip restaurant prices. When making a reservation, ask for a booth by the bar, where high-backed dark wood booths create a moody, luxurious vibe, perfect for private conversations about organized crime, or perhaps just a dark spot to enjoy a little too much after-dinner wine. The Neon Museum offers guided tours through a graveyard of old casino marquees, where tour guides share stories of Las Vegas history.

Nightlife in Las Vegas is legendary, and the gay clubs will be packed after Pride. The big nightlife spots are near the southern end of the strip, in the “Fruit Loop” district. Also, Charlie’s is very popular with locals and visitors alike, where they switch from country music to dance music depending on the night, or how much clothing is required to enter.

Check out the full GayCities guide to Las Vegas