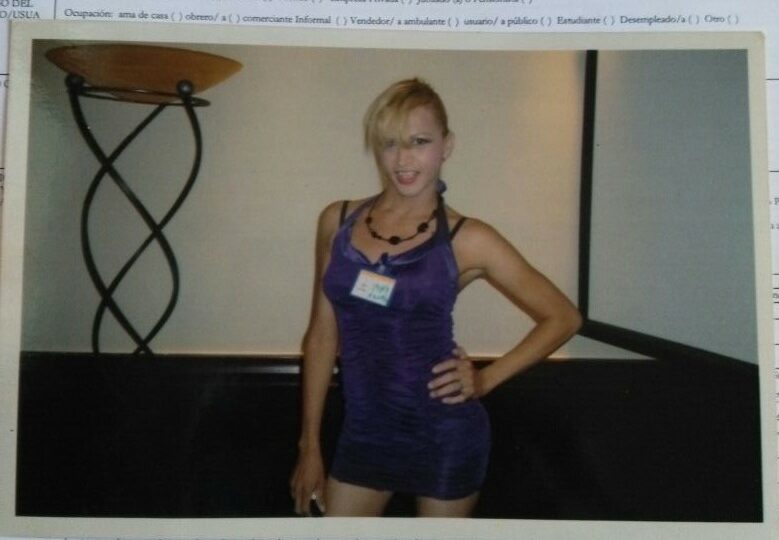 In June 2021, 12 years after Vicky Hernández was murdered in San Pedro Sula, Honduras, the Inter-American Court of Human Rights heard its first case concerning the death of a trans woman.

The landmark decision found the Honduran government responsible for not only her murder but also for discriminating against her based on her gender in its incomplete investigation and prosecution of the murder. Led by the Robert F. Kennedy Human Rights and Red Lésbica Cattrachas, this case represents a major victory in the fight for justice for trans people across Latin America.

While the ruling doesn’t immediately make Honduras the safest place to travel for queer folks, it is nonetheless an important step in making Latin America more uniformly welcoming to LGBTQ people. And it definitely sends a message that there will be repercussions if trans people are marginalized and targeted.

Vicky was murdered during a 2009 coup d’état, where the Honduran Army exiled President Manuel Zelaya. Following, reported violent deaths of LGBTQ people surged. Whether or not this accounting is due to increased reports is beside the point. The state-sanctioned murder and lack of accountability that followed have enabled ongoing violence against queer people.

The Inter-American Court of Human Rights ordered the Honduran government to provide reparations for Vicky’s family, as well as a proper investigation into her murder. More broadly, they ordered measures to prevent violence, including the ability to update public documentation.

This ruling sets a bold stance: state-sanctioned violence against trans people cannot take place without accountability. While reparations won’t bring back Vicky’s life, nor those of the 370 documented murders of LGBTQ+ in Honduras from 2009-2019, these rulings represent a significant step towards protecting trans people (while we’re still alive) and making the nation safer for visitors and locals alike.

The outcome of this case demonstrates the double-edged sword of state recognition and hypervisibility. While being able to state one’s gender in government documents can be affirming and protective in some scenarios, it won’t prevent trans people from being perceived and, potentially, clocked by transphobes. This new mechanism also participates in identifying who trans people are and where they live. Will people be protected in these interactions with the government or are they more susceptible to violence—from civilians or otherwise? This question underscores how, among queer populations, trans people have always shouldered the greatest risks of just being themselves.

In an emailed statement, VP of International Advocacy & Litigation at RFK Human Rights Angelita Baeyens shared, “What comes now is ensuring that the Court orders are implemented and that the roadmap it lays out is followed by other governments in Latin America and beyond.”

Whether even the most thorough implementation of the court order will reduce violence against queer people remains to be seen.

Affirming one’s gender through official documents is not enough. The protections granted by a passport demand consideration of nationality and citizenship as well. Based on the latter, who gets to travel and feel safe? In what places? Honduras and Latin America’s reputations as unsafe regions for queer people were bolstered by the aforementioned heightened violence there. But this trend is well-documented in the United States too.

In considering where to travel, not just internationally but within one’s hometown, it’s important to question how the reputations of places take root. Transphobia is a global phenomenon but is very much entwined with nationalism, racism, and militarism. And while this court ruling invites many broader reflections, today we honor the life of the trans woman murdered that galvanized this small but significant step towards justice: Vicky Hernández.