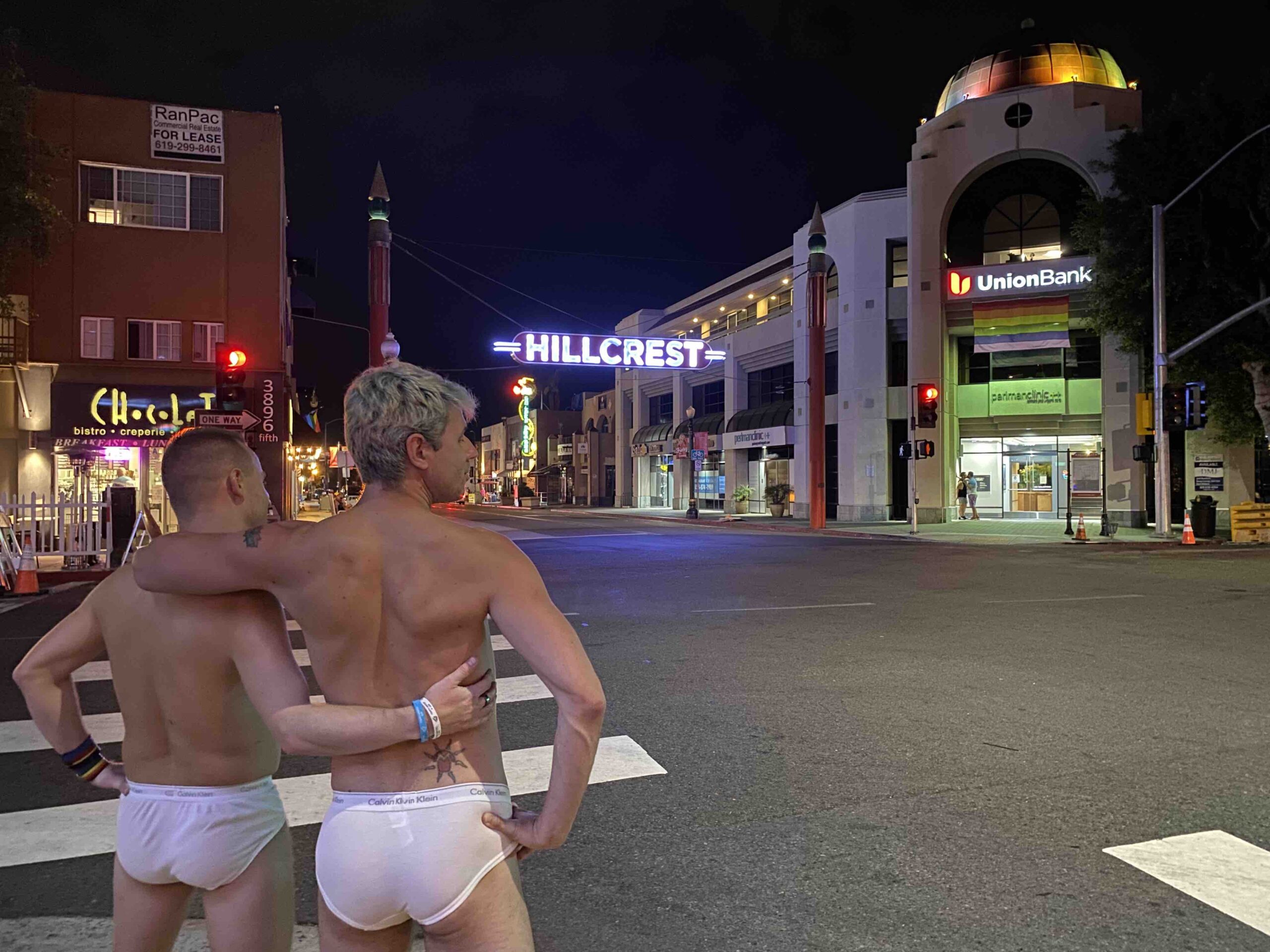 With its myriad muscle-bound military boys and tight-bodied skater twinks, San Diego is a casual gay wet dream on even the most ordinary of weekends.

Sure, San Diegans are notably chill and laid back, but after a year of being pent up in quarantine, they were ready to go balls out for SD Pride.

From the bars of the Hillcrest gayborhood to the cruising corners of Black’s Beach, here’s a round-up of San Diego’s hottest moments from this past weekend.

The Hills Have Guys 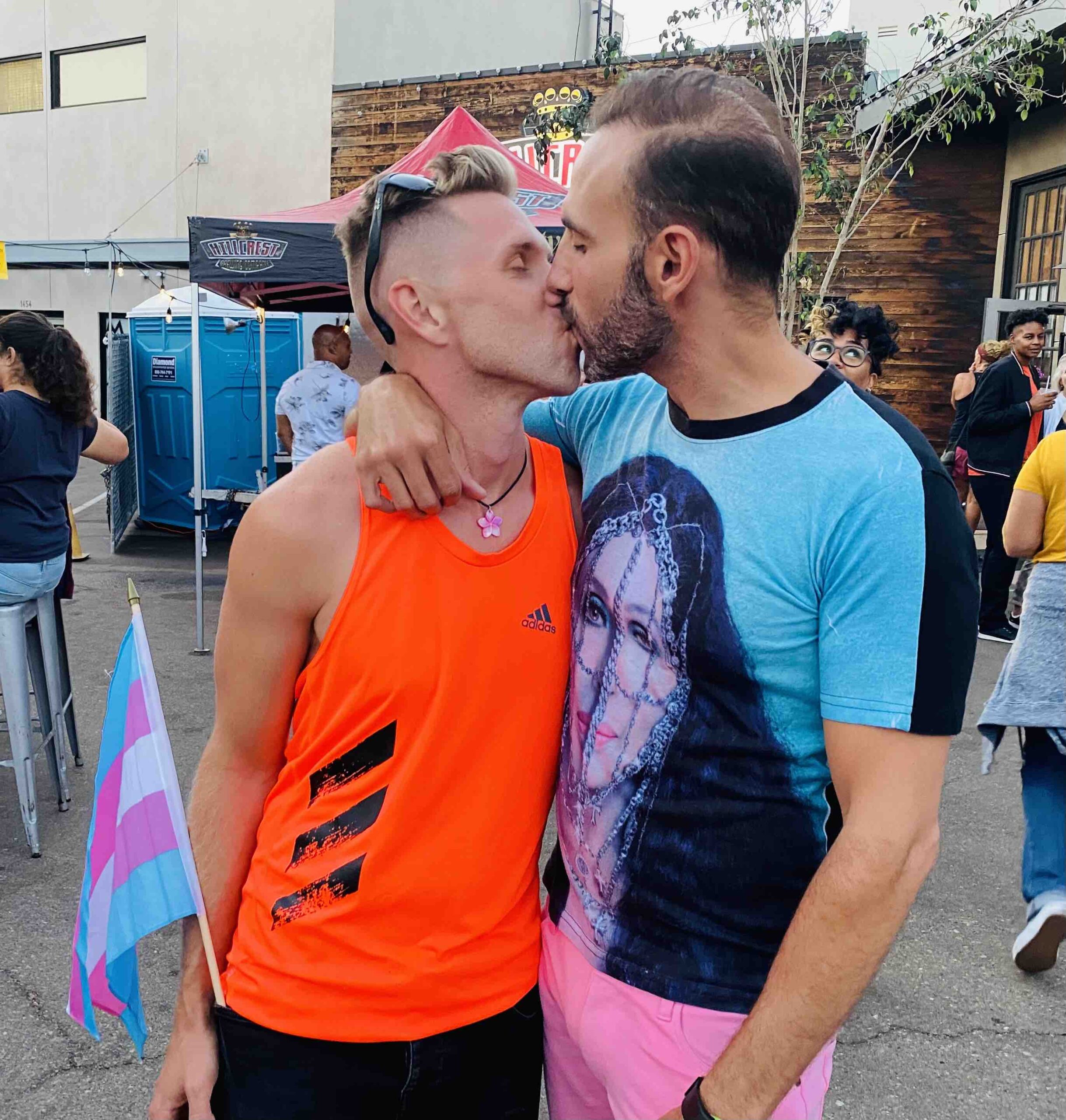 As with most cities this year, Covid precautions shut down traditional SD Pride events, such as its annual parade. But local queers, like James Sharkey and Justin Renaissance (above), flocked to the many bars of Hillcrest, San Diego’s gayborhood. (It’s their version, of The Castro/West Hollywood/Hell’s Kitchen/Le Marais, etc.) For these boys, Hillcrest is less about the parties and more about the people.

“Community drives everything that happens in the Hillcrest neighborhood, even drinking,” said Justin, standing outside the Hillcrest Brewery, the first gay brewing company in the world. “Gay bars, lesbian bars, they are all-inclusive. They accept everybody. We love everybody.” 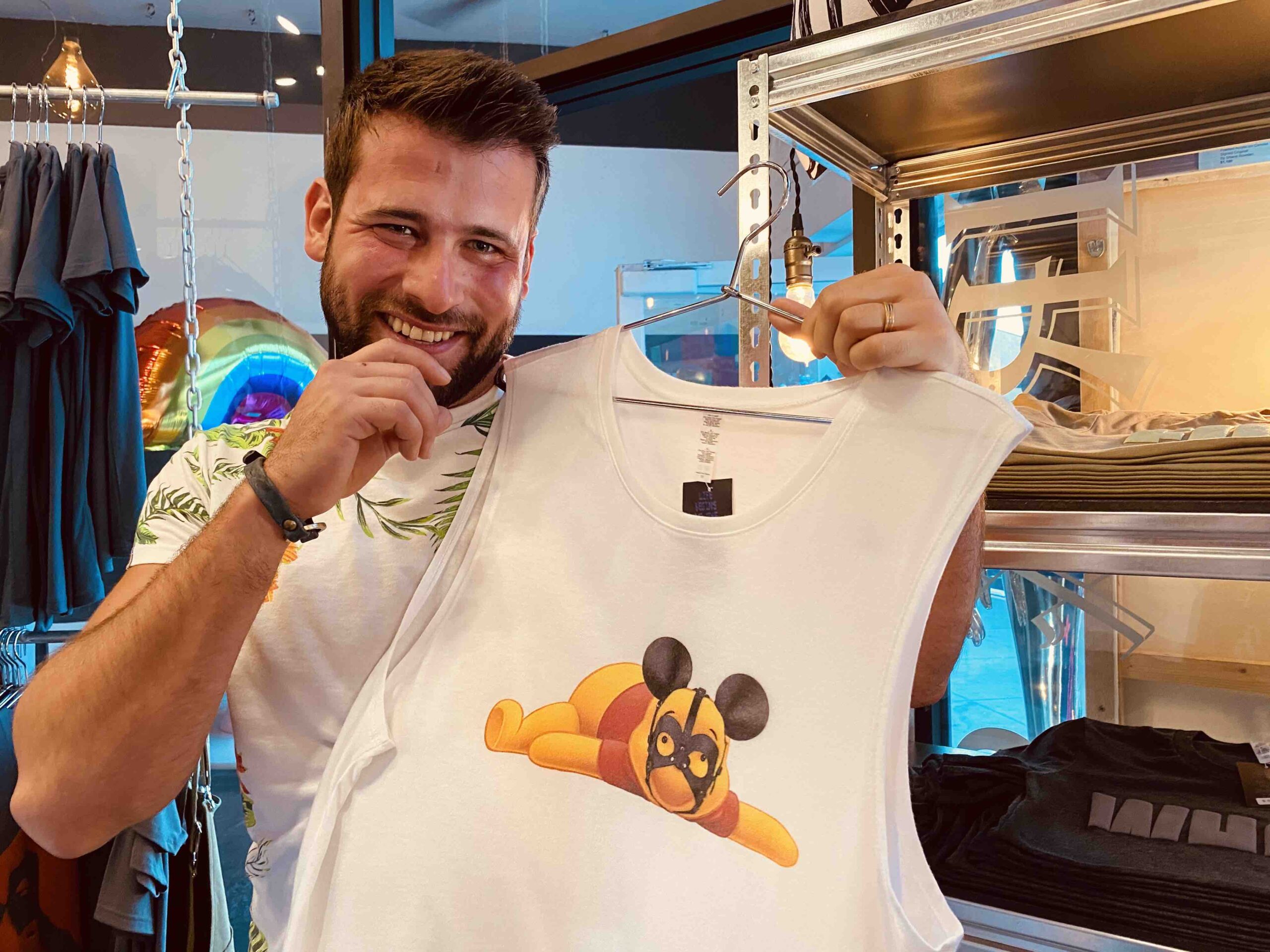 Like most gayborhoods, Hillcrest also offers a number of queer clothing shops, such as Sir and Son. Enrique, one of the many Angelenos visiting their SoCal sister city for Pride, chuckles over their Winnie-the-Sub tank top. 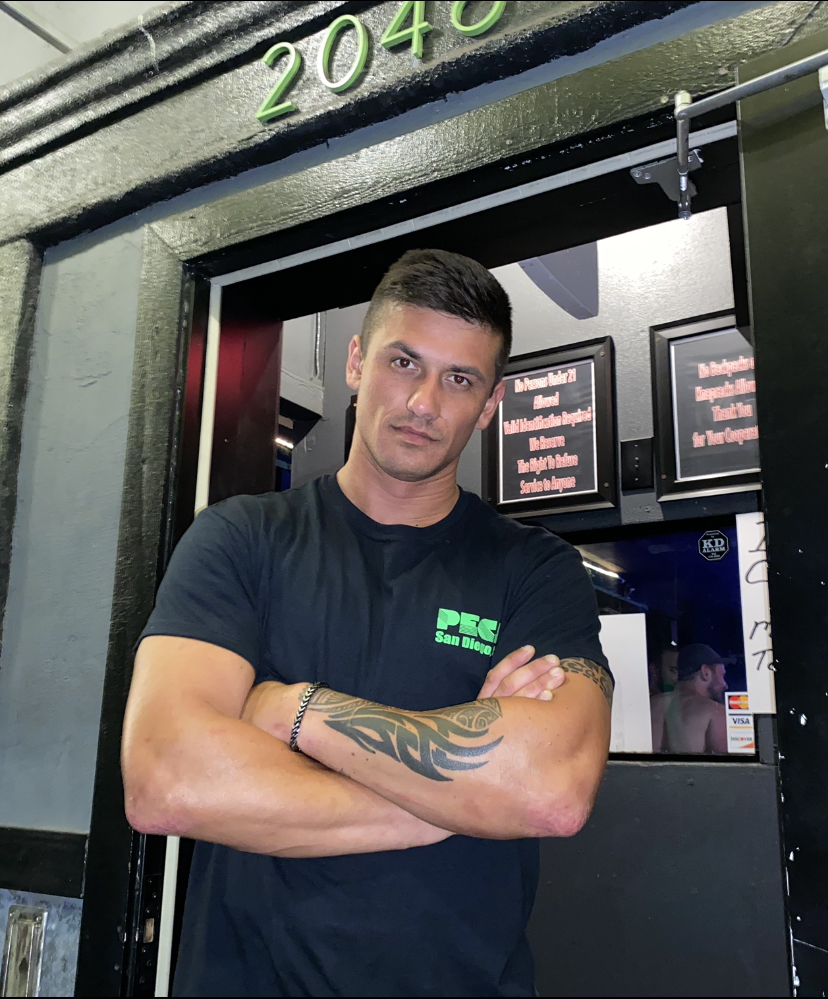 Over the years, the many gay bars of San Diego have carved individual niches within its city’s community. In the North Park neighborhood, model-bouncer Austin works the door at Pecs, a self-described “Man’s Bar,” where the crowd consists predominantly of Bears and Daddies. 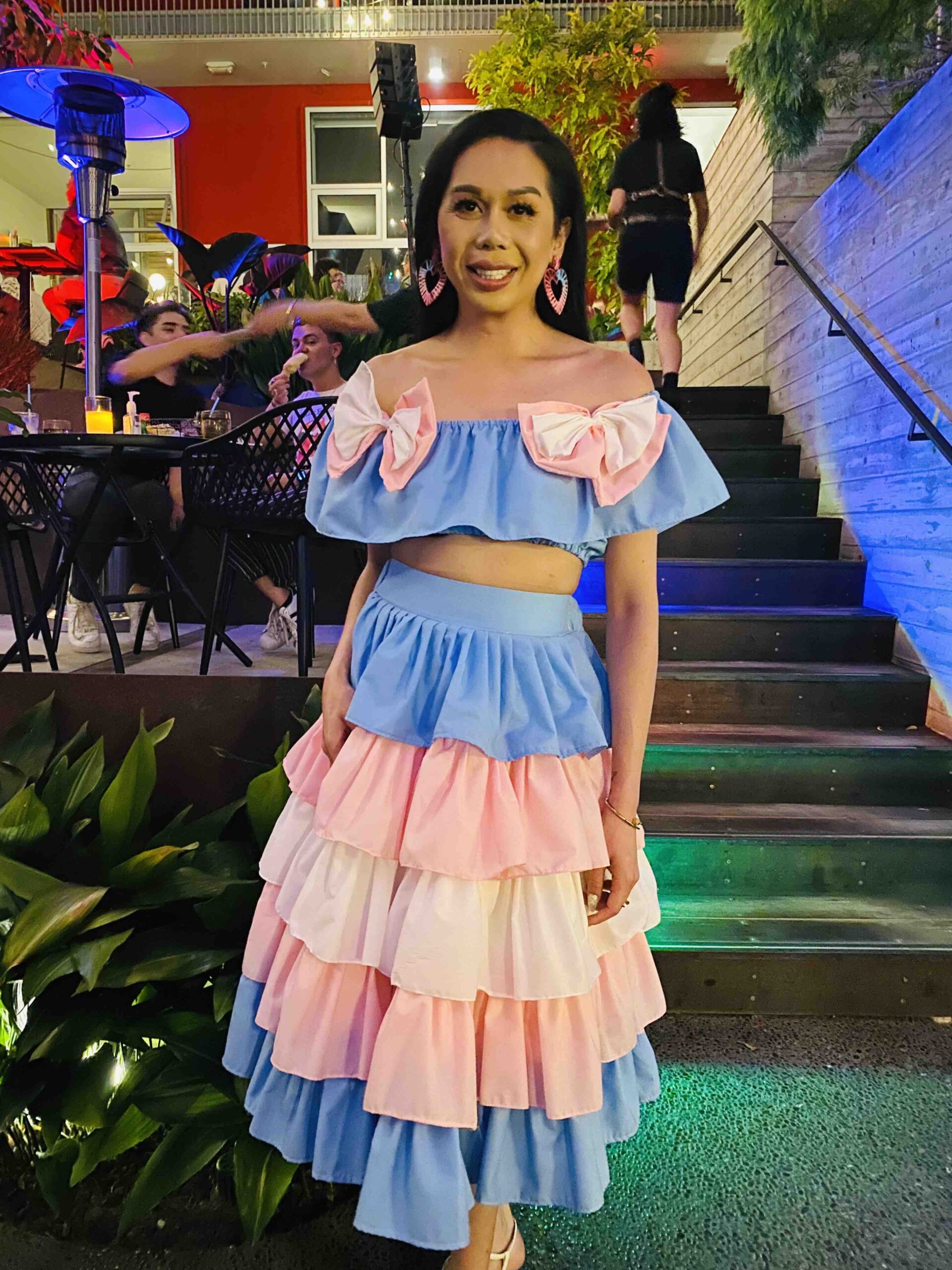 At the other end of San Diego’s queer rainbow is Paris Quion, aka Paris Sukomi Max, a local trans performer, and general manager of InsideOUT. Like a modern hacienda, this open-air queer restaurant is ensconced within a condo building and strives to invert the expectations of interior and exterior spaces. Most notable are the glass-walled bathrooms which offer a voyeuristic glimpse of their urinals to passing pedestrians. In addition to this exhibitionism, Inside Out’s courtyard serves as a live performance venue for Paris and her True Colors Revue sisters, seen below performing at SD Pride 2019. 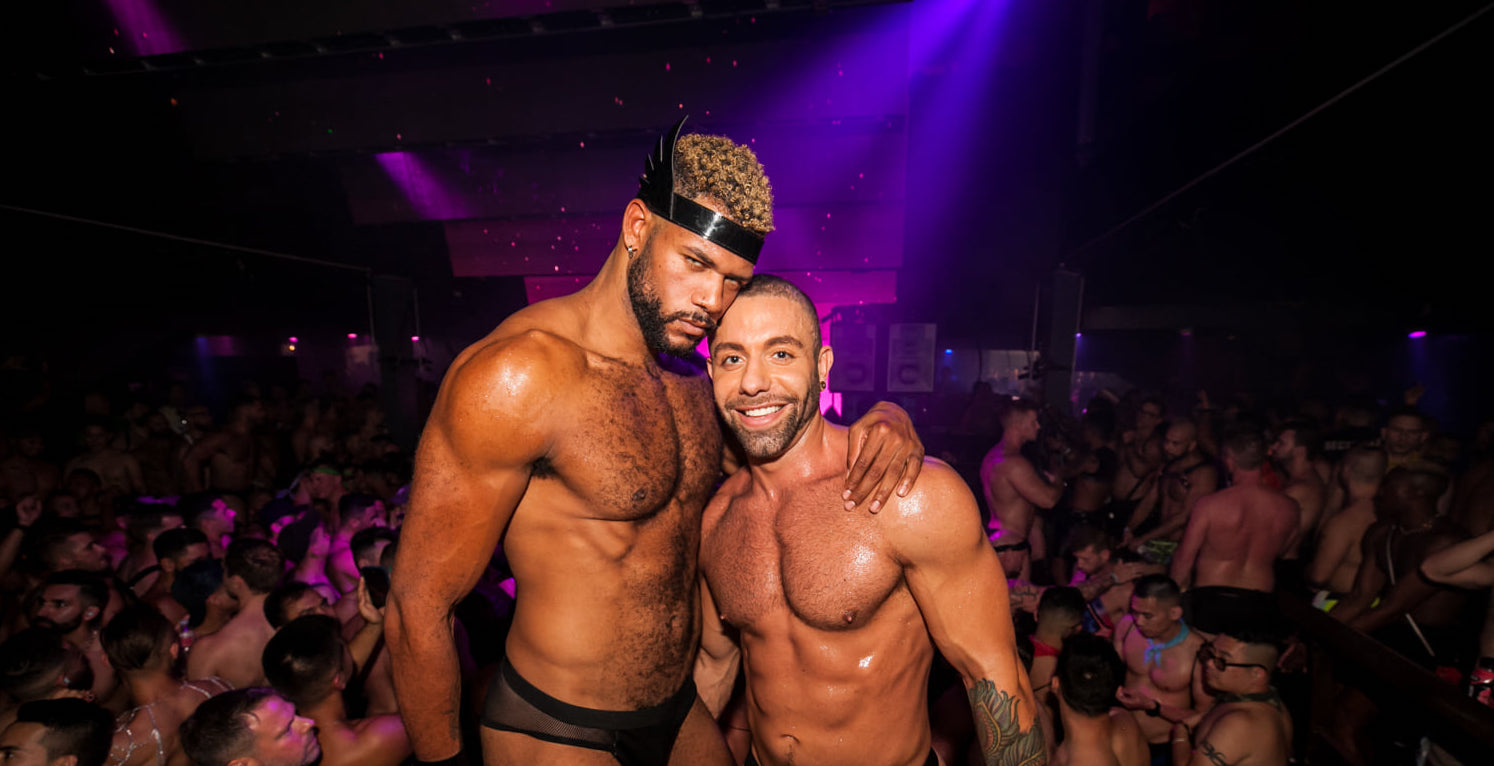 Of course, SD Pride is more than just Hillcrest bar crawls. Once that SoCal sun dips below the Pacific, San Diego gays are ready to schvitz out on the dance floors of Pride weekend’s many nocturnal parties. At the Unite! Music Festival, this cute queer couple takes a quick breather from grinding to flex their abs for the camera. 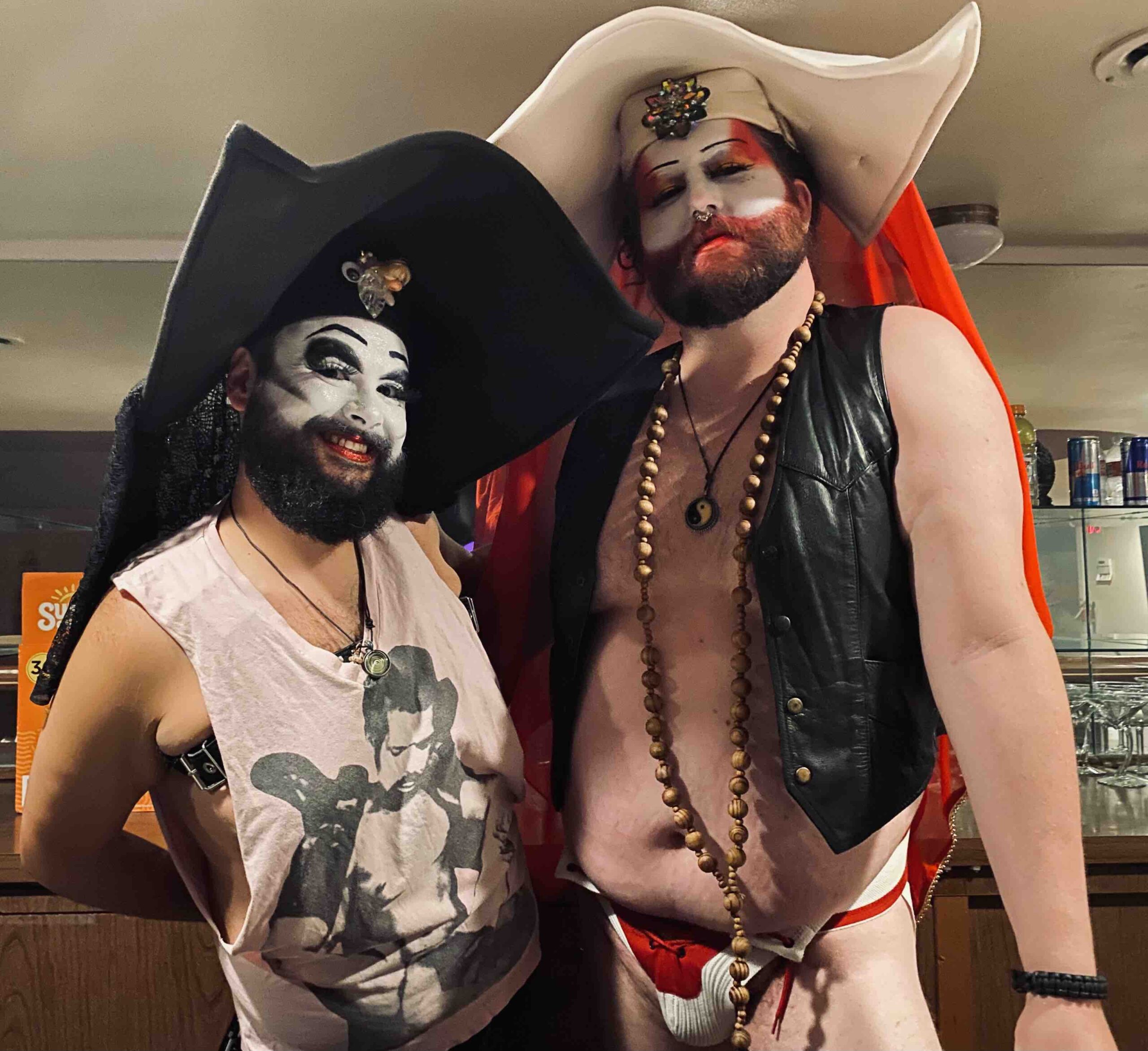 Once the circuit parties peter out, veteran promoters Guy Smith and Fabrice Marino kept the night kicking with AfterBall at Hillcrest’s Fraternal Order of Eagles. This unabashedly kink-positive afterparty offered hot beats and hotter boys for Pride’s insomniac set and was presided over by the iconic Sisters of Perpetual Indulgence. Blessed Be the Fruits!

Here’s to the Ladies Who Brunch 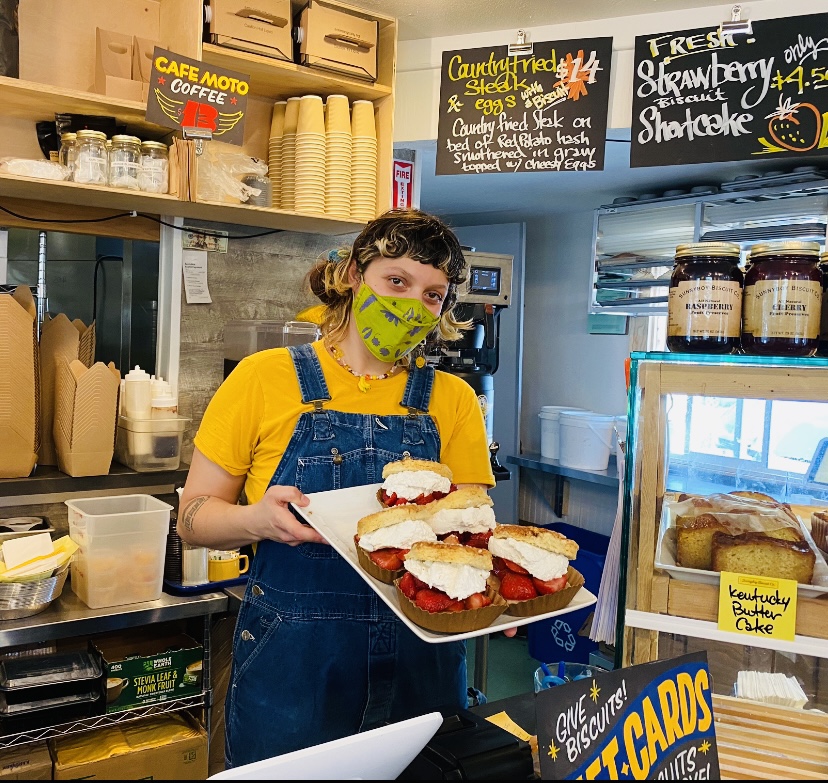 A night of debauchery requires a solid morning after brunch. Hillcrest’s Sunnyboy Biscuit Co. offers hearty county cuisine, like their signature Rosemary Fried Chicken Biscuitwich, that’s perfect for buffering one’s hangover. For those with more of a sweet tooth, Edie’s got some fresh strawberry shortcakes. After dancing off all those calories, you deserve a Pride treat. 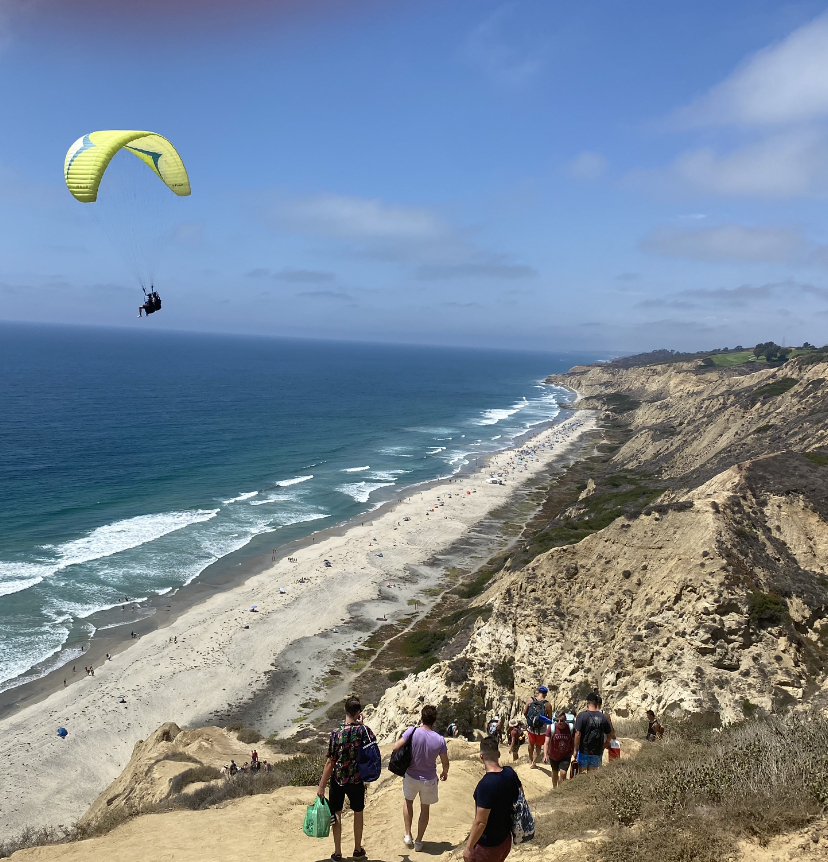 For gays traveling to San Diego for the first time, if there is only one location to hit up, it would have to be Black’s Beach. This gay nude beach showcases bare booties of every shape, size, and color, and the nearby brambles offer semi-seclusion for anonymous trysts. Warning: to get to this private, pants-less paradise, you have to scale down a somewhat sheer cliffside, so pack accordingly. Flip-flops will not be your friends. But after that schlep, an afternoon of sunbathing, day drinking, and trysting is the perfect way to close out San Diego Pride weekend.