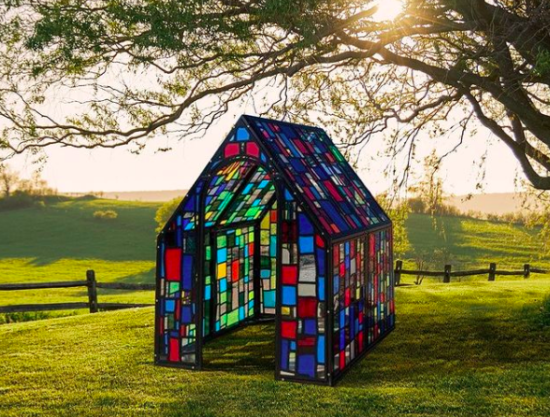 June 26th marks the sixth anniversary of marriage equality recognized by the Supreme Court in 2015. That weekend is also the anniversary of Brent Ridge and Josh Kilmer-Purcell, the co-founders of the beauty and cosmetics brand Beekman 1802.

Brent and Josh were able to get married on the Beekman Farm in Sharon Springs, New York. They wed in 2013, two years after New York became just the sixth state to recognize marriage equality with a law signed by Gov. Andrew Cuomo.

Now, the couple is celebrating their tenth wedding anniversary in just two weeks – and recognizing that so many people have been waiting to hold weddings since the start of the COVID-19 pandemic, they decided to give other couples the opportunity they had to marry on the highest hill on the Beekman Farm property, known as “Matrimony Hill.”

For 24 hours starting on the morning of June 26, 2021, couples from all over are invited to the Beekman Farm to get eloped (or renew their vows) with up to two witnesses, in a celebration that is Brent and Josh’s way of saying, “Let Love Bloom.”

They are allowing up to 100 couples to get married that day. It’s not clear what the world record for most officiated marriages in one day and one place is, but couples will get to take part in a one-of-a-kind day regardless.

The farm has installed a Glass House made by artist and sculptor Tom Fruin. The small yet stunning structure will be where each couple’s “I dos” will be officiated.

Fruin constructed it from recycled acrylic and steel, and it’s believed to be “ the perfect reflection of Pride” because it will cast a brilliant rainbow of colors over anyone inside of it.

For $100, couples will be lovingly greeted on their special day and chauffeured to their one-of-a-kind glass altar.

The event is ticketed in 15 minutes intervals and respecting COVID-19 precautions, couples are asked to leave within an hour of their time. They’re more than welcome to hit the local town, though, and even visit the Beekman Mercantile “to revel with loved ones or toast with a glass of bubbly” before heading for their honeymoon. Sharon Springs is believed to have a population under 600 and is just west of the state capital in Albany, but NewNowNext deemed it the “gayest little town you’ve never heard of” in 2017.

Proceeds from the wedding “marathon” will go to supporting the Ali Forney Center in New York City for homeless youth.

Afterward, they will be celebrated with an official ordained ceremony with newlyweds being provided a photograph of the occasion.

According to the Beekman 1802 website, the Beekman Farm was established in 1802 when the property was bought by William Beekman. William built a mansion for his wife, Joanna, where they would build a family including 10 children.

William was orphaned at sea and became a child soldier in the Revolutionary War. After America’s independence, he became known as a highly-esteemed and respected businessman who ran a mercantile in the heart of town in Sharon Springs, and eventually a lawmaker.

Now the property and the mercantile is owned and operated by Brent and Josh. In 2010, the couple starred in the reality show The Fabulous Beekman Boys which aired for two seasons first on the Discovery Channel networks, followed by the Cooking Channel. They routinely booked the farm for weddings during the run of the show. They also later competed in the long-running CBS reality series Amazing Race and won.

Brent studied medicine and became a doctor and Assistant Professor at Mount Sinai School of Medicine before he went back to school for business. He struck a friendship with Martha Stewart during her incarceration. He and Josh became known as the “next Martha Stewarts” in the 2010s.

Josh worked in advertising before becoming a writer and author of several books, including I Am Not Myself These Days: A Memoir, which detailed his early life in New York City as a drag performer, and was a New York Times-bestselling autobiography in 2006.

The Beekman Farm is known for its gorgeous Flower Garden, where the botanical ingredients for many of the Beekman 1802 products are procured. The plants here have been cultivated for centuries, according to the company site. There’s also a pond, notably Brent and Josh’s favorite spot on the farm, a barn with over 100 goats, a cluster of beehives, and “The Tree” – a sugar maple tree in front of the mansion.