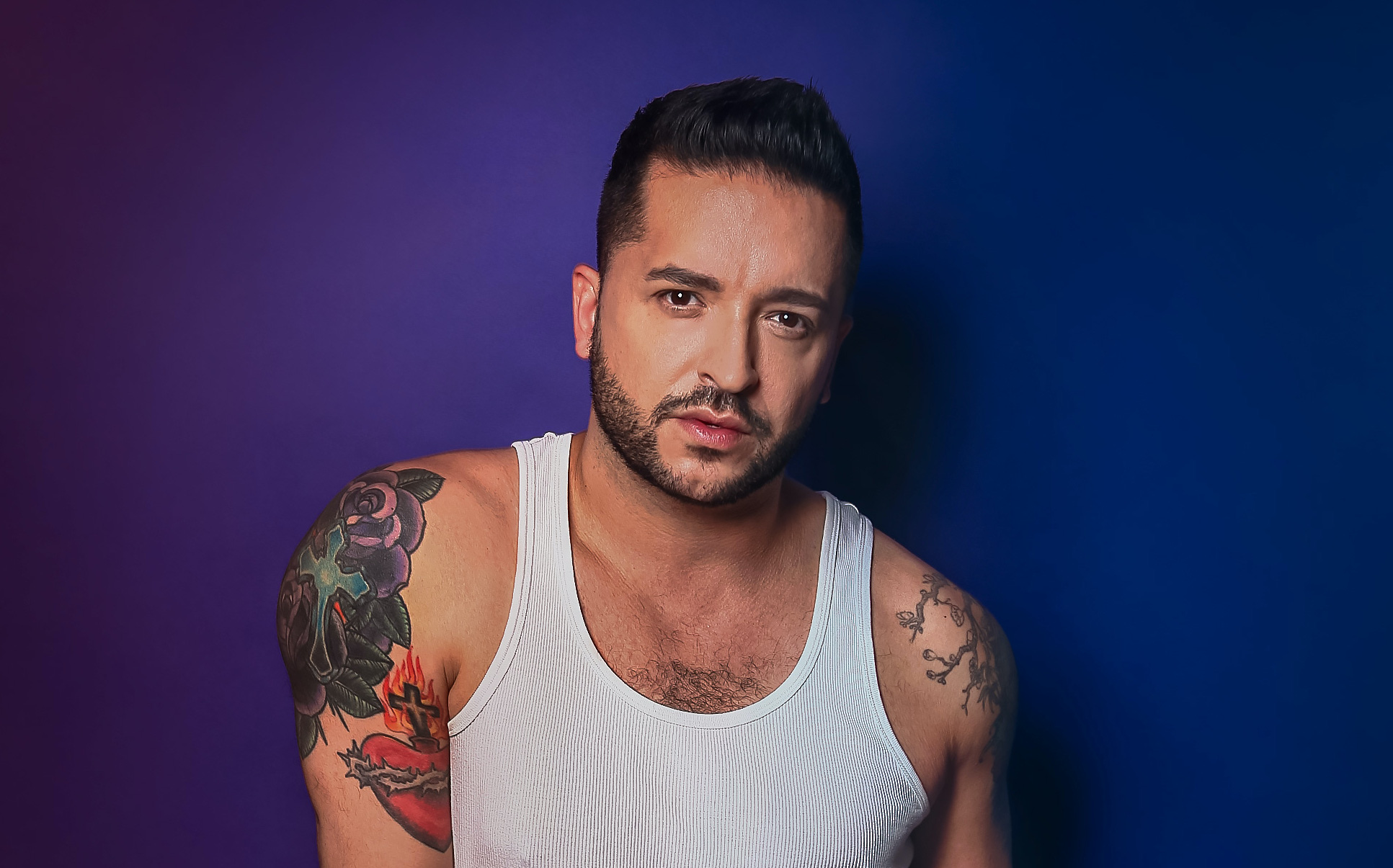 But who needs Auntie Mame when Jai has Auntie Norma.

After a year of crooning to virtual audiences, the OG Queer Eye cutie is eager to return to Las Vegas and once again perform for a live audience on this Friday’s Behind the Bar with Auntie Norma. The titular drag Funt created this kitschy weekly variety show during quarantine to raise funds for those impacted by the Covid pandemic, and 100% of this performance’s proceeds will go towards The Center, city’s LGBT community hub.

In anticipation of Jai’s return to his cabaret roots, we kiki-ed with him about returning to live performance, his favorite Sin City eateries, and adding inclusivity to Pride. 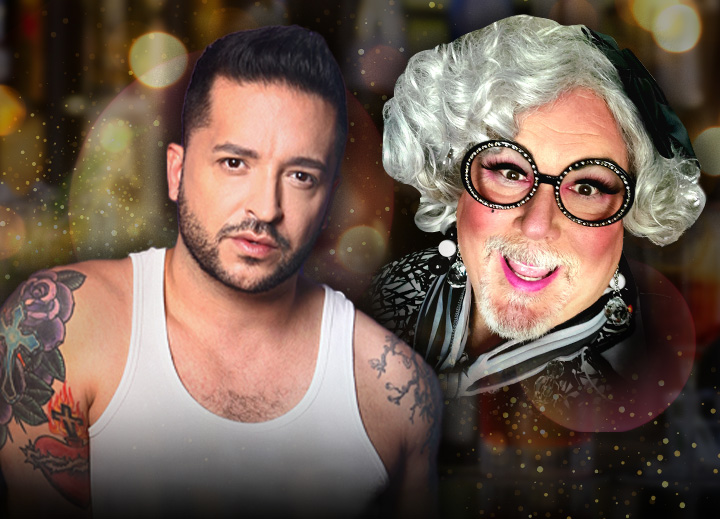 For those who have never seen it, what is Behind the Bar with Norma?

It’s kind a like the Graham Norton Show or Laugh In. It has a Peewee style set, and a bar on stage. Aunty Norma is sort of a bearded queen who developed a cult following. The Space (the show’s venue) in Las Vegas is like a theatrical epicenter. A lot of the big shows come there. And they have the cabaret room with about 300 seats. Even though Las Vegas Pride is in the fall, they decided to do a Pride week celebration in June. This week they had special events and decided to keep At The Bar with Auntie Norma, but kinda beef it up a little. Like many talk shows, there is always a musical guest, and this time it will be me doing a 30 minute set instead of just one song. It’s a mini version of my cabaret act. 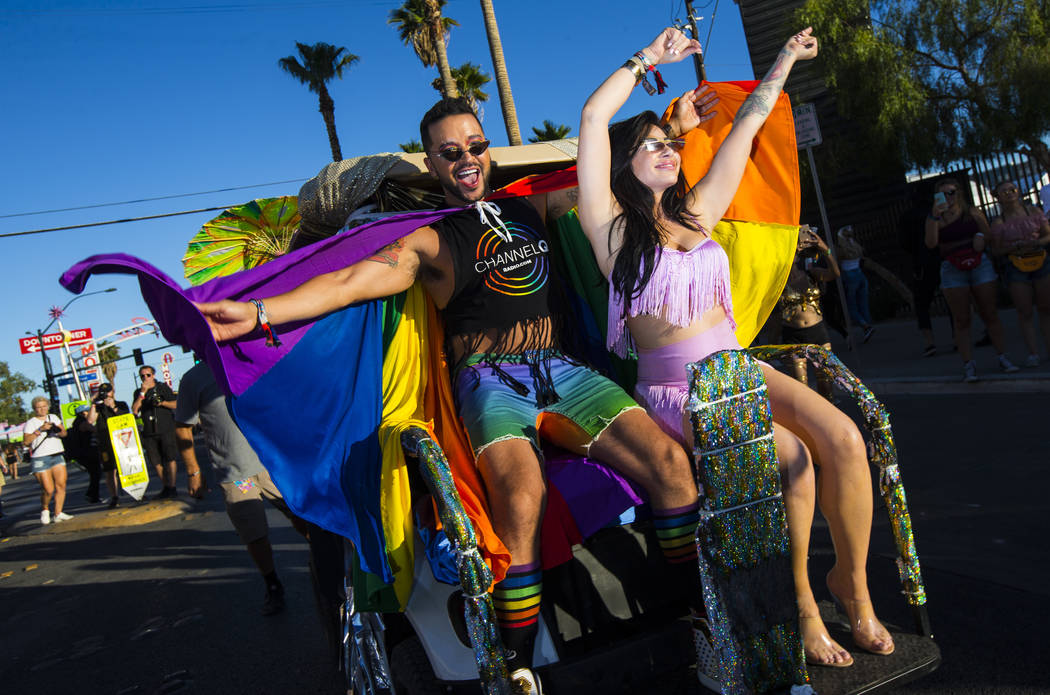 Its really cool because I haven’t been able to get out of the house, and after performing virtually for so long in my newly dressed bedroom, with the lights and fog machine and all kind of things, it’ll be nice to be in front of people. But even better, people can buy tickets virtually, so people who can’t make it can come, and have a virtual party after the show. I just hope that’s something a lot of venues do in the future, because if I don’t come to a town near you, you can still see the show. 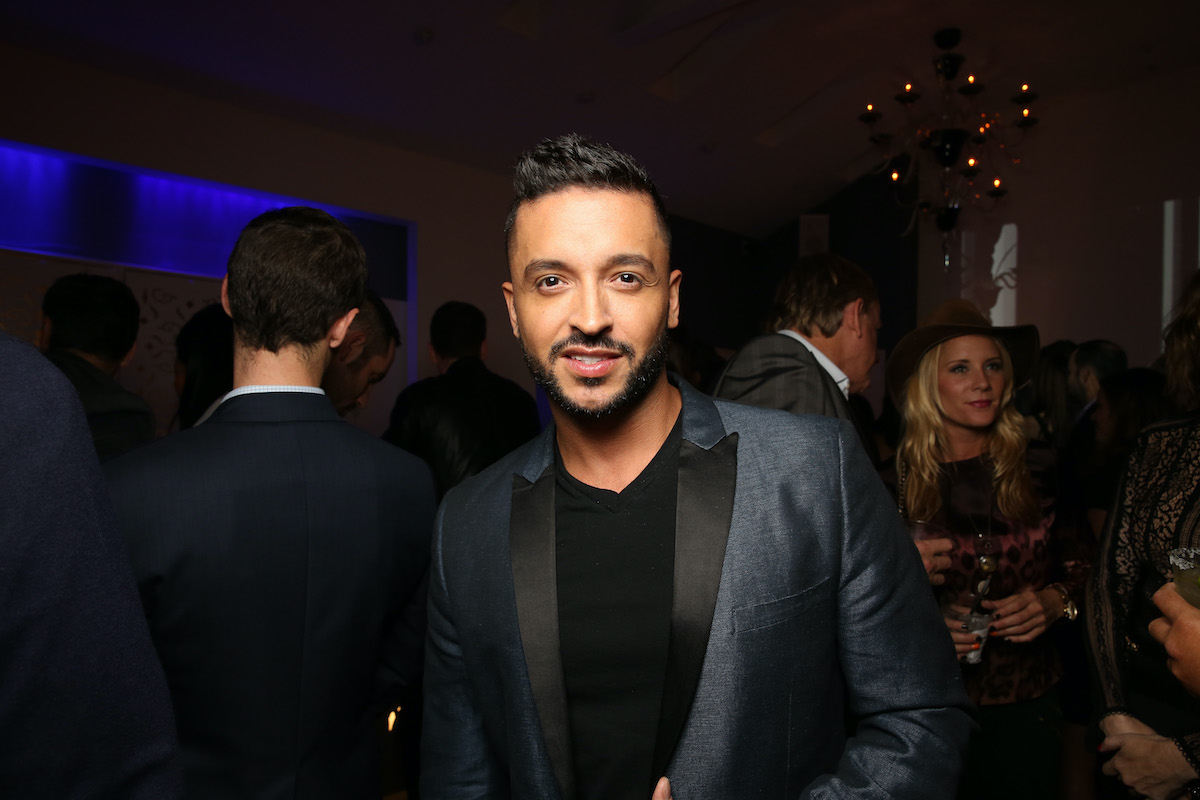 So this is  your first live show in over a year?

Well over a year. One of the sad things is, we lost two of the West Coast cabaret houses that everyone performed at. Rockwell Table and Stage and Martini’s Above 4th in San Diego are no longer. Those are historic, iconic cabaret spaces that everyone from Leslie Jordan to, oh my gosh, everyone and their mother performed  there. They are just no longer, they didn’t survive the pandemic. For gig workers like myself, between television stuff, it was a home away from home. There’s nothing like that live audience. Unfortunately a lot of these venues around the country did not make it. It’s nice to know Las Vegas is in tact and trying to come back and support performers and see them safe as well. 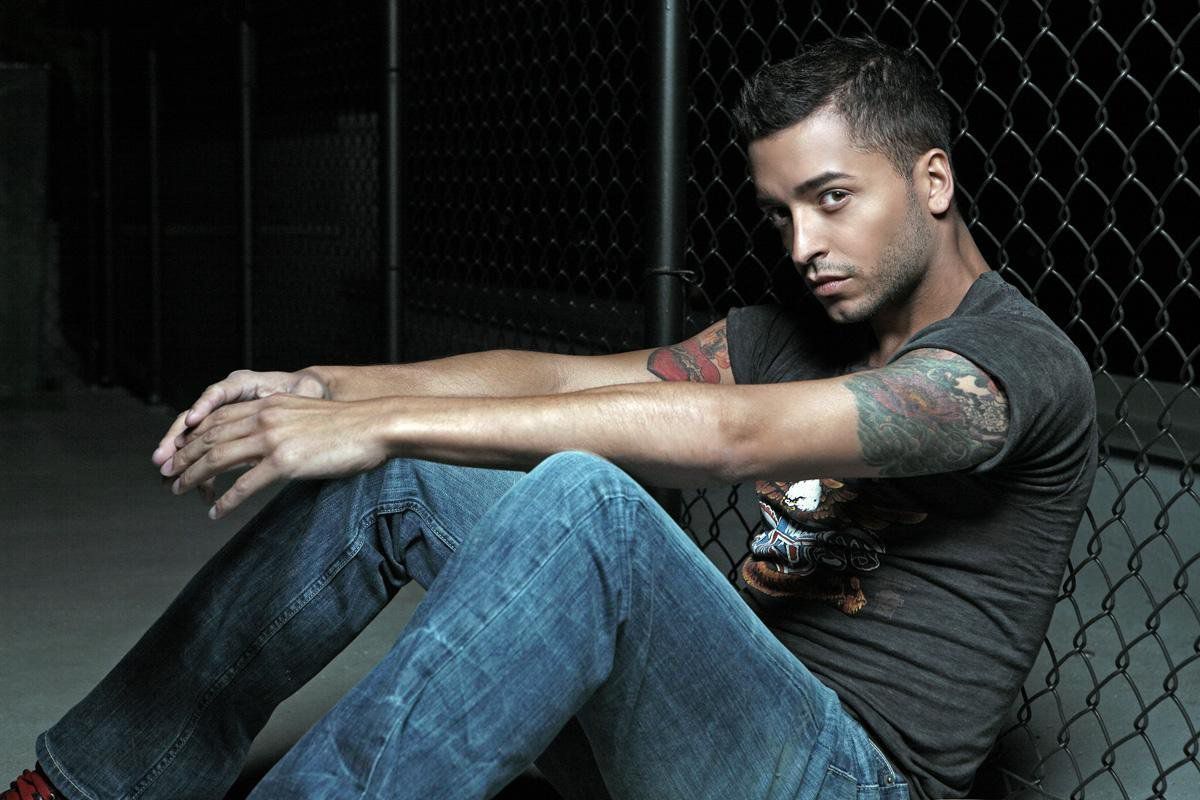 Why is this show so important to gays in Las Vegas? Las Ve-Gays?

For a long time people felt there wasn’t much of a scene in Las Vegas. Meanwhile there is an expansive community of LGBTQ folk in Las Vegas. And there is a lot to do there when it comes to nightlife. But outside of that, a lot are like, “What if I don’t want to drink? What if I don’t want to go to a loud club at midnight?” Just having this show, having alternate events, and also knowing 100% of the proceeds of this night are going to the Las Vegas LGBT Center, is important. I’ve said my life, thank god, has worked out to be a party with a purpose. I’m happy to continue that with this, where it’s really about giving back to the community. 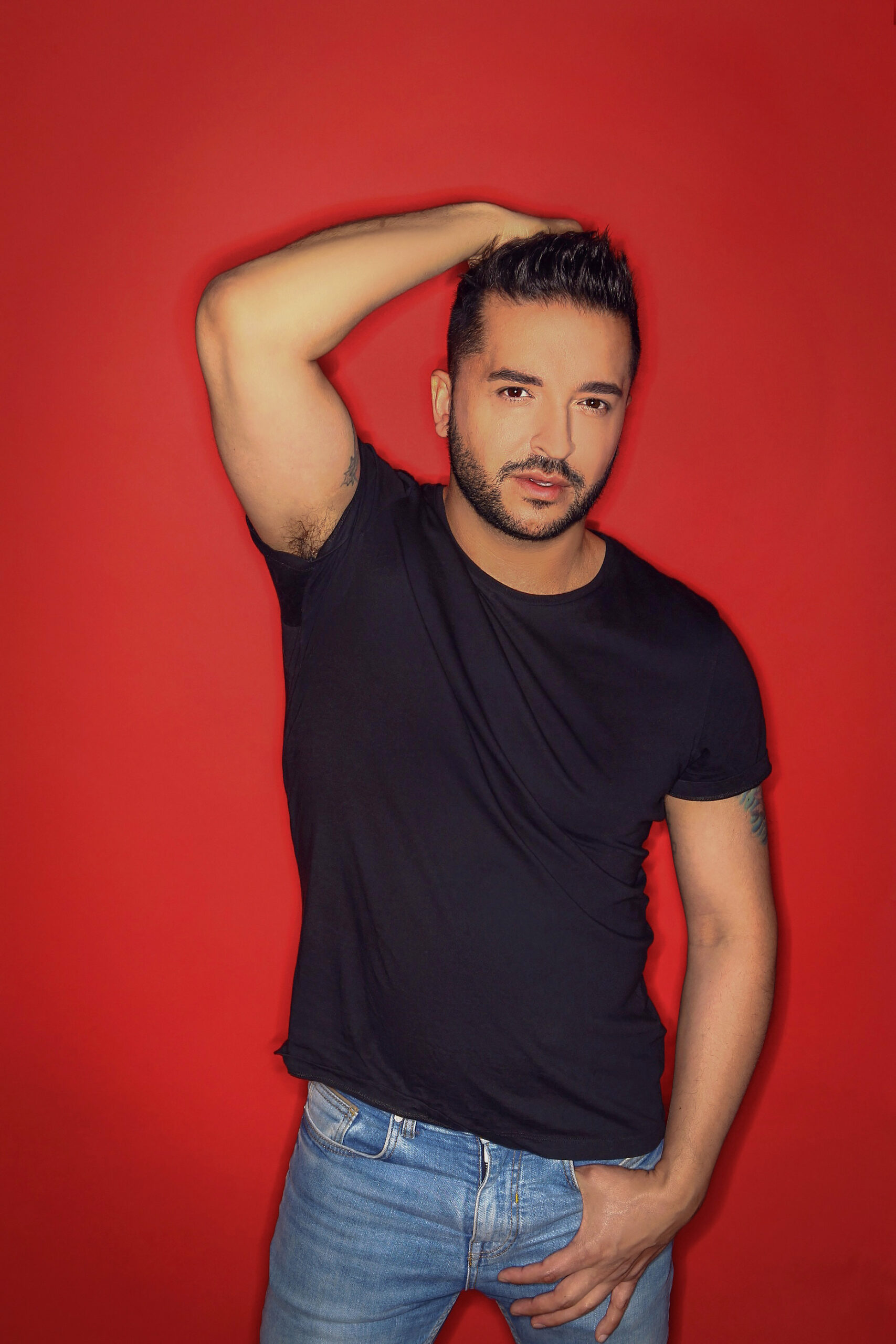 Have you worked with Auntie Norma before?

Why do you think she is such so important for our community?

I love what Auntie Norma stands for. After everything folks have gone through, it feels like laughter and joy is vital. And as much as I love our allies and corporations throwing rainbows on everything, it has to start in our own community to support and celebrate each other, not just the people you see on posters for nightclubs or underwear models, people on television, whatever. It’s really about the fullness of our community. From what I’ve heard, this Friday night show that she’s done has developed quite a following of so many different folks who she resonates with.

While you are back in Vegas, what  are you gonna hit up? Do you have a favorite restaurant?

I lived there for 7 months. I headlined in the longest running Off-Broadway play in New York, and opened the Vegas production with Kendra Wilkinson called Sex Tips for Straight Women from a Gay Man at the Paris. I lived two blocks off the strip, and I’m a creature of habit, so I have a couple of restaurants I really enjoyed. There’s a steak house in the Paris called Mon Ami Gabi. I used to go there all the time. Or Hexx, which is right next door. Hexx has an incredible Brocolini thing that’s citrusy and sweet. So dang good. I like to eat there because it’s familiar. 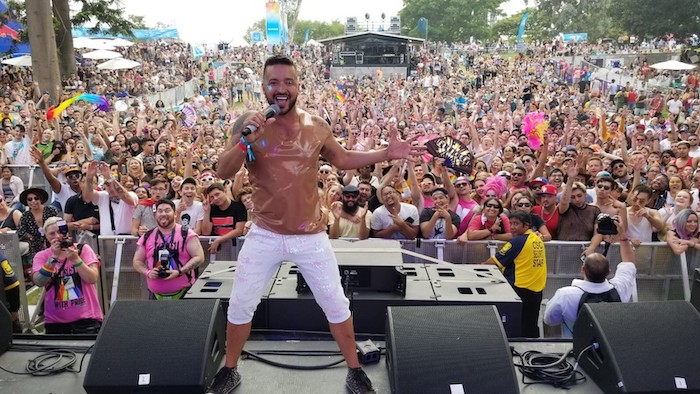 How has Covid affected how you view Pride this year?

I’ve been going live on social media almost every day for a year, and I’ve gotten to know a lot of people from all over the world, whether they are part of the LGBTQ community or not. I’ve gotten this question a lot: what is Pride going to look like? They are always so different every where. But I think after this year, I hope that Pride will continue to do the work to be more inclusive.

To really try to take what we learned as individuals this year and put it into action, so that when we regroup at our Prides it starts looking like the full tapestry of our community.