Despite being the second-largest city in Arizona, Tucson maintains small-town vibes.

Blended beautifully into the rugged western landscape are remarkable examples of modern architecture, luxury resorts, world-class restaurants, and an abundance of nature to revel in.

And Tucson prides itself on being an open-minded and welcoming city: There are several thriving gay bars in this quaint college town to prove it. 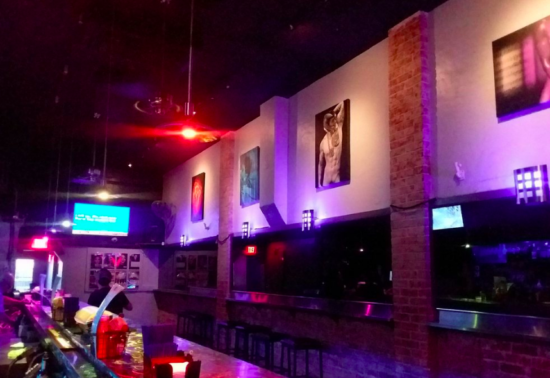 Start your evening with Brodies Dark Horse Eatery. Enjoy an appetizer and sip your cocktail on the large open patio in the desert air. Inside, the decor is vintage kitsch with a rainbow twist. The scene here is very low-key during the day but picks up considerably on weekend nights. Then check out Venture-N, your classic neighborhood pool bar with friendly bartenders who remember your name. End up at IBT’s, located on historic 4th Avenue, which has been the go-to place since the mid-’80s. This is the largest of the gay bars in Tucson, and you can expect premier drag shows, gogo dancers, great cocktails, and positive party vibes.

For a more mixed crowd, head toward University of Arizona Main Gate Square, Fourth Avenue district, and the downtown area on Congress Street, where you can find anything from neighborhood bars to artsy cafes and music venues. Make sure to say hello to Tom ”Tiger” Ziegler at Tiger’s Tap Room at the elegant Hotel Congress. He’s been bartending there for 60 years, has lots of fabulous stories, and presides over the room with a kindness that makes visitors feel like they have found home on the road.

Start your day with the majestic desert of Saguaro National Park, which is unlike anything you have seen. The park is split into two sections that border Tucson’s eastern and western boundaries, covering 92,000 acres, named after the large cacti that dominate the landscape. Hikers have plenty of options here and will discover petroglyphs of the Hohokam people and once-in-a-lifetime vistas. For next-level hiking, make your way to Mt. Lemmon, the highest point in the Catalina Mountains. Take a drive up Catalina Highway, stopping at the vistas along the way to trailheads. Temperatures may drop nearly 30 degrees in the evening as you ascend the elevation, so pack a sweater.

Wanna enjoy the sunshine and desert landscapes? Take a cue from the locals and head to Sabino Canyon, a haven for wildlife and desert foliage, including the famed saguaro cactus. A hike to the Seven Falls waterfall is eight miles round trip, a perfect afternoon jaunt before dinner. 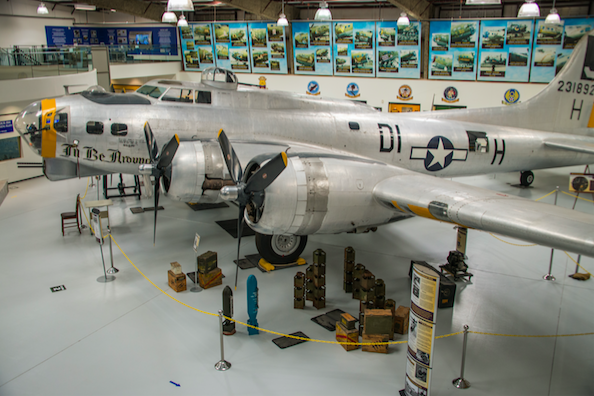 For something you won’t find anywhere else in the world, check out Pima Air & Space Museum, which houses one of the world’s largest aircraft collections in more than 89 acres of exhibits. You can opt for a narrated tour or just walk in and explore the grounds on your own. From vintage warplanes to commercial giants of modern aviation, this museum has it covered. Plan ahead (at least 16 days before arrival, and bring a valid passport, U.S. or foreign, which is required for those 16-years and older) and reserve a spot on the tram tour of the Aircraft Boneyard adjacent to the museum on the Davis-Monthan Air Force Base (tours may be impacted by Covid-19).

After a day in the great outdoors but before you hit the bars, head out onto the town for some of the city’s world-class cuisine. Tucson was the first U.S. destination to be named a UNESCO city of gastronomy, so you know the food’s fabulous. And it’s no surprise: The city boasts many different cultures in one mid-sized population, creating a vibrant mix of cuisines that can be enjoyed in venues ranging from gourmet restaurants to small diners such as El Guero Canelo.

The menu here highlights their hot dogs made in the traditional Sonoran style: bacon-wrapped and topped with pinto beans, grilled onions, chopped tomatoes, mayonnaise, and Jalapeno sauce in a soft bolillo roll. The result is so good that the hot dog earned the James Beard Foundation Award for America’s Classics in 2018.

If you are a fan of Top Chef, check out BOCA Tacos on Historic Fourth Avenue, where Chef Maria is a current contestant on the hit food competition show. Enjoy a crunchy taco paired with imaginative salsas and Tequila-infused cocktails. On the opposite side of the food spectrum is another local cult favorite: Eegee’s. What started as two guys selling frozen lemonade out of a truck 40 years ago has blossomed into a 24-location Tucson staple. Specializing in its signature frozen drink with chunks of fresh fruit, Eegee’s also serves up delicious sandwiches and munchies.

Silver Saddle Steakhouse is the place to head to if you are looking for beef. The steakhouse specializes in grilling with a custom steel-and brick-mesquite wood grill and pit, creating a unique smokey flavor. The dinner menu keeps things simple and classic, featuring a juicy 24-ounce porterhouse, a premium 10-ounce NY strip, and fall-off-the-bone baby back ribs.

Vegans looking for eats in Tucson will find plenty of options throughout the city, as most of the best and most popular restaurants offer vegan or vegetarian options featuring fresh locally sourced produce. But no matter what you do, make time to stop by Lovin’ Spoonfuls, a 100% plant-based eatery that has the best cauliflower wings (buffalo hot, bbq, or sweet & sour) on the planet. They’ve also paired with a vegan bakery that brings such pure food joys as Mexican hot chocolate brownies into existence. New to the scene is Beaut Burger, which features “Beer Battered Cauli Bites,” and is located at MSA Annex downtown.

Ninety miles southeast of Tucson, nestled among the Mule Mountains, lies Bisbee—the quaint picturesque county seat of historic Cochise County, founded in 1880 and named after Judge DeWitt Bisbee, a financial backer of the Copper Queen Mine. This Old West mining camp proved to be one of the richest mineral sites in the world at one time, producing nearly three million ounces of gold and more than eight billion pounds of copper—not to mention the silver, lead, and zinc that came from the rich Mule Mountains. By the early 1900s, Bisbee was the largest city between St. Louis and San Francisco and one of the most cultured cities in the Southwest.

Today, Bisbee has evolved into an artist colony known for its remarkably relaxed quality of life with a queer flair. The most popular activity in town is the Queen Mine Tour, a trip down into the now-inactive copper mine. And for a walking tour via the city’s 1,000 steps, check out an Old Bisbee Ghost Tour—even if you’re not a believer, it’s a great way to experience the layout of the city and learn about its colorful past.

Fabulous fact about Bisbee: It’s estimated that 60% of its residents identify as LGBTQ, and there’s even an annual Pride parade. (Please note that due to the pandemic, Bisbee Pride is currently on hold until further notice.)