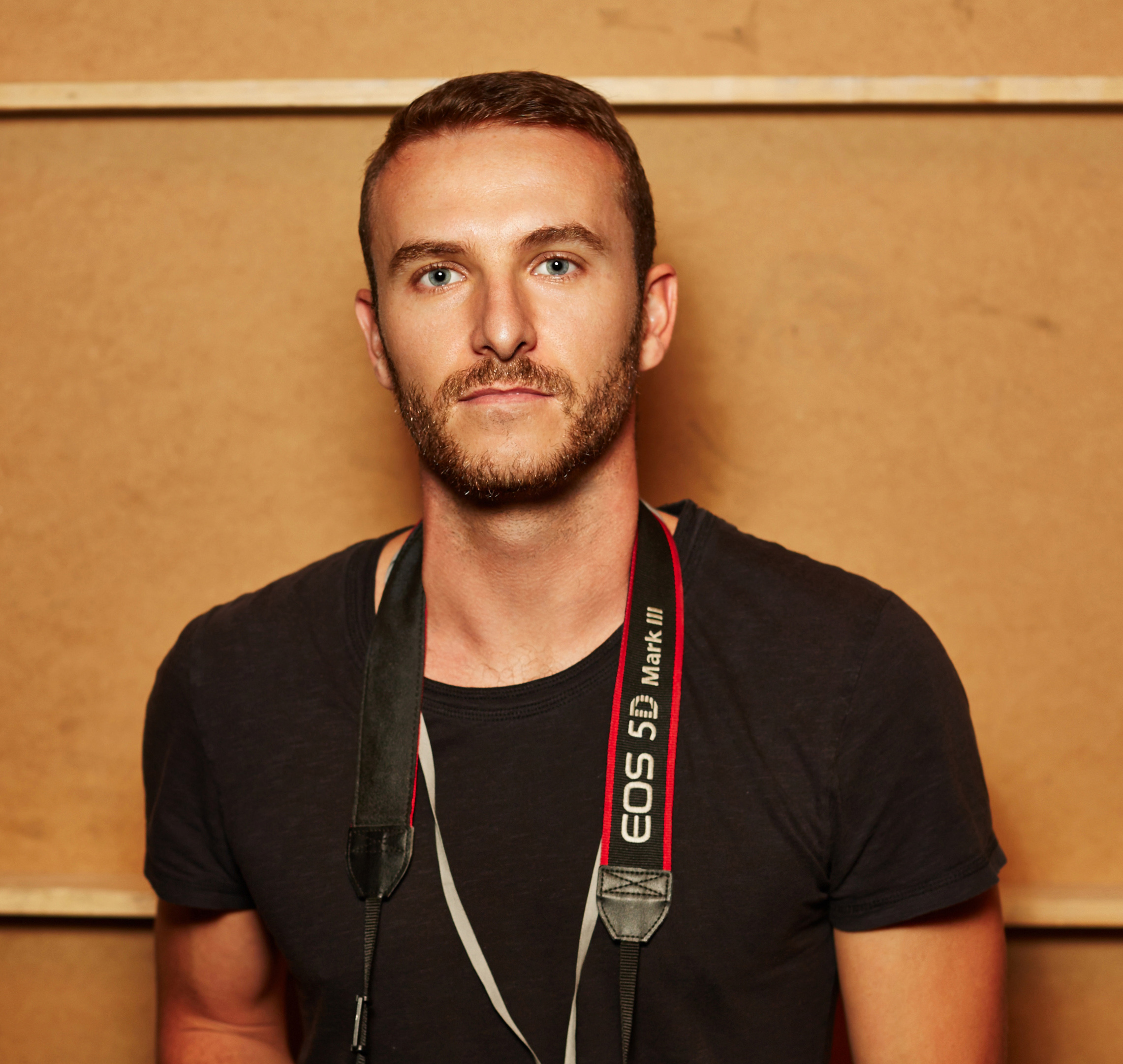 Despite the city’s relatively low case count, especially compared to that of the US, the queer-centric celebration adapted to pandemic restrictions, most notably by moving its signature parade off the streets and into the Sydney Cricket Ground. (For our American readers, think of it as a Down Under version of Yankee Stadium.)

As a long-time Sydney resident, Rommelaere lends his keen cinematographer eye to provide an insider’s glimpse into Sydney’s success at curbing Covid.

In order to glean a global perspective of queer culture outside of the US, we kiki’ed with Vincent about Mardi Gras, his documentary Meet The Glamcocks, and his newest venture into puzzle making. 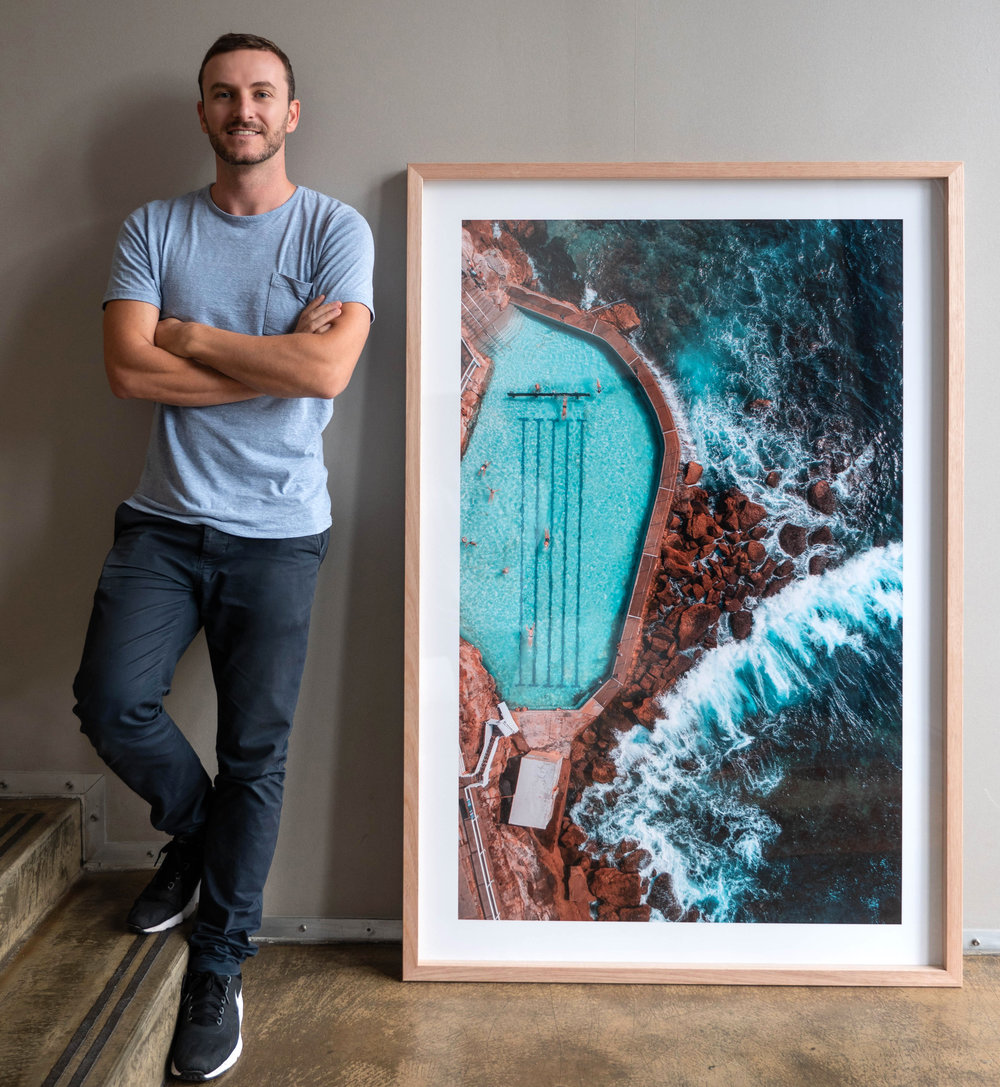 How is Sydney dealing with the Pandemic at the moment?

There hasn’t been any community transmission in the state of New South Wales for about 44 days now [as of the time of this interview], so we are basically Covid-free right now. Because we’re an island it helps a little bit. We’ve been closed for a year. This means every time someone comes to Australia, they spend two weeks in quarantine, until they have a negative test and come out. Which means we’ve been able to eliminate the virus. We’ve had a few little outbreaks, but when they have outbreaks in other states they just close the border. But Sydney has been very good.

When it first happened in March, we had a lockdown similar to [the US]. We didn’t have masks at the time because there weren’t enough. Say the virus escaped from hotel quarantine through people working there, and they give it to their family, and suddenly there are 10 cases. The city goes on a 5-10 day lockdown where you have to wear a mask or stay inside and work from your home until the virus disappears again. That’s been the story for the last year or so. But so far the last 40 days have been amazing.

How did they adapt Mardi Gras for Covid? How was it different this year?

You can’t go to the nightclubs. There’s still a parade, but not on the streets. Usually, there’s a parade with half a million people all on top of each other. This year, it’s happening in a stadium, which means people will be seated watching the parade. Kinda like the Olympic opening ceremony. There are a few parties. Again, not at nightclubs. It’ll be seated, or on a boat, with limited capacity. And a lot of house parties. We’re allowed to have 50 people in a home at the same time.

How has Covid influenced your work as a documentarian?

In March, all the projects I was working on were canceled or disappeared. But, I run an online store for my photography. So what I did at the time was transform my photography into puzzles, which were perfect for lockdown. I spent about 3 months organizing the manufacturing of the puzzles and then shipping three thousand puzzles all over Australia and the world. Then slowly work began to come back at the end of lockdown. It’s been an interesting year learning new skills.

My favorite work of yours is  Meet the Glamcocks? In fact, we interviewed your fellow Glamcock “frat brother” Jameson earlier this year. For those who haven’t seen this documentary, what is it?

When I first went to Burning Man in 2011, it wasn’t known, especially in Australia. People had never heard of it, had no idea what it was, and could never imagine a gay person getting dirty in the middle of a desert. It wasn’t a thing. What I wanted to do was share it, and show people what it was, and what a party could be. So the next year I went back and made a documentary of my camp, called the Glamcocks. It’s a group of LGBTQI people going to the desert and putting on parties, and events, and workshops.

Why do you think it’s relevant for mainstream audiences to know about Burning Man?

I feel like now everyone knows what Burning Man is. At the time, 2011, 2012, it wasn’t the case. A big part was showing what it is, and opening to people a different way of thinking and celebrating community. I’m not a fan of circuit parties. When I went to Burning Man and those fun gay parties it was different. Everyone was friendly, and hugging each other, and it gave me a different vibe of what the gay community could be.

We kinda find that a little bit in Sydney, in the sense that Mardi Gras is a non-profit organization. They throw a big party with 15,000 people it is a community party, and it is friendly and has every color of the rainbow. Which is quite amazing. 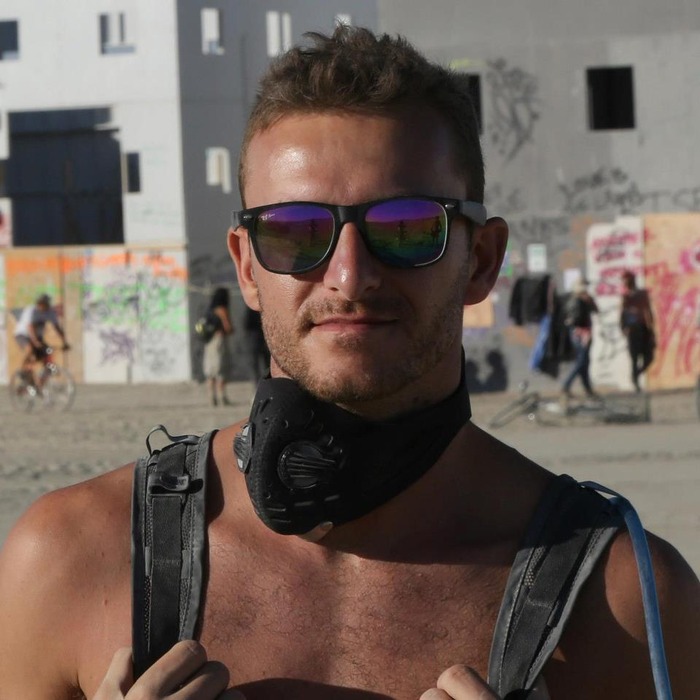 When it’s safe to travel again, say a year from now, where would you suggest gays visiting Sydney go to party?

Who knows what it’s going to look like in a year’s time. You know how gay parties and clubs change quite quickly. The question is, “Will those places we used to go still be there or will there be new ones?” I’m expecting things to change a little. Some clubs have been closed for a year. Will they reopen the way they were before? We don’t know. But there are definitely some parties that will be back.

One big one that was really popular about a year ago was called Poof Doof. It’s at one of the best clubs in Sydney called the Ivy. It’s amazing. Otherwise, we have a whole bunch of bars and clubs along Oxford Street, which is like the gay hub. Some cool clubs would be Arq, and Universal, and of course Stonewall Hotel.

What’s the first thing you want to do that you haven’t been able to do in the past year because of Covid once it’s safe again?

Going dancing. I miss dancing. Dancing in my living room is not as exciting as dancing with live music with my friends in a nightclub.