To help accomplish this mission, we’ve assembled America’s Mightiest queer cosplayers to strip down and spandex up. As part of our new GayCities weekly Cosplay The Vote series, we set out to talk to some of our favorite gay geeks across the country, serving up their best cos-lewks in order to remind everyone to get their sweet little behinds to the polls on November 3–if they don’t vote earlier by mail.

This week, we kiki’ed with Kjeezy (née Kevin Gadzalinski), a resident of the battleground state of Wisconsin with a predilection for cosplaying X-Men alpha male Scott “Cyclops” Summers.

He discussed the purple nature of his state, quarantining in Milwaukee, and his affinity for Cyclops . (For more heroic hotness, be sure to check out our Cosplay the Vote interviews with Courtney Grant, Paul Charles, and Sky Fernandes.) 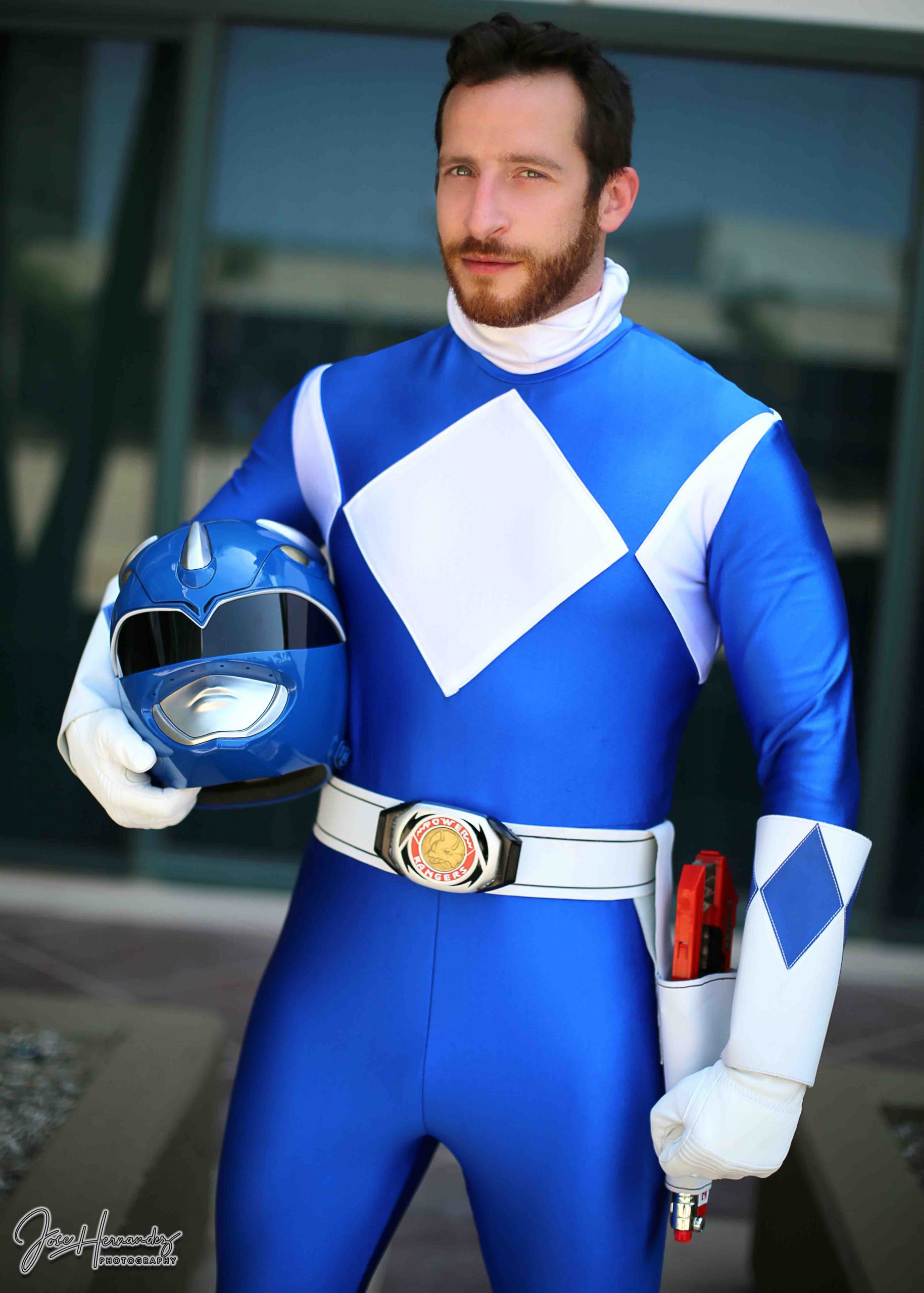 Why is this election important?

Trump is everything we don’t need right now. It’s definitely a turning point to see if we can be better. It’s on a human level. There is a preference for the rich. It’s important that we have a greater sense of equality. Listen to the voices of every demographic and take into account what they need and try to accommodate. Have the compassion and willingness to do that. But apparently, that’s too difficult for him right now.

Why is it important for the gays to vote?

Our community is definitely in danger, we’re still in the fight. We get a little, then we go backward. 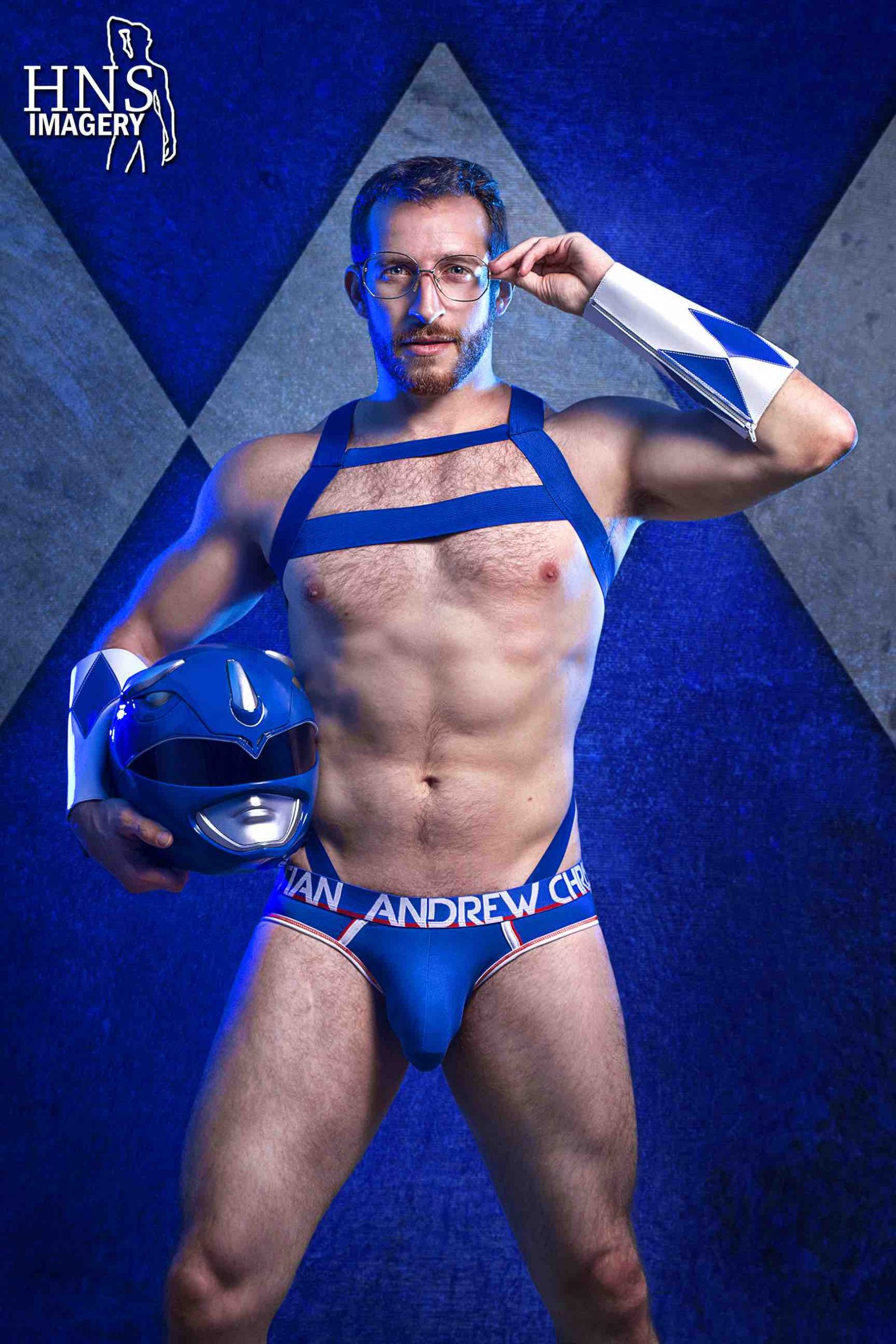 What do you feel is the biggest issue facing Wisconsin?

Wisconsin is pretty segregated. I live in Milwaukee, but there are rural parts where they are set in their ways. They are like in a bubble. The urban and rural communities sorta battle with each other.

What do you think Biden can offer your state that Trump cannot?

He’s definitely listening to the people, and he’s prepared to make changes that are necessary. And build bridges, not walls. He has a better mindset in general. 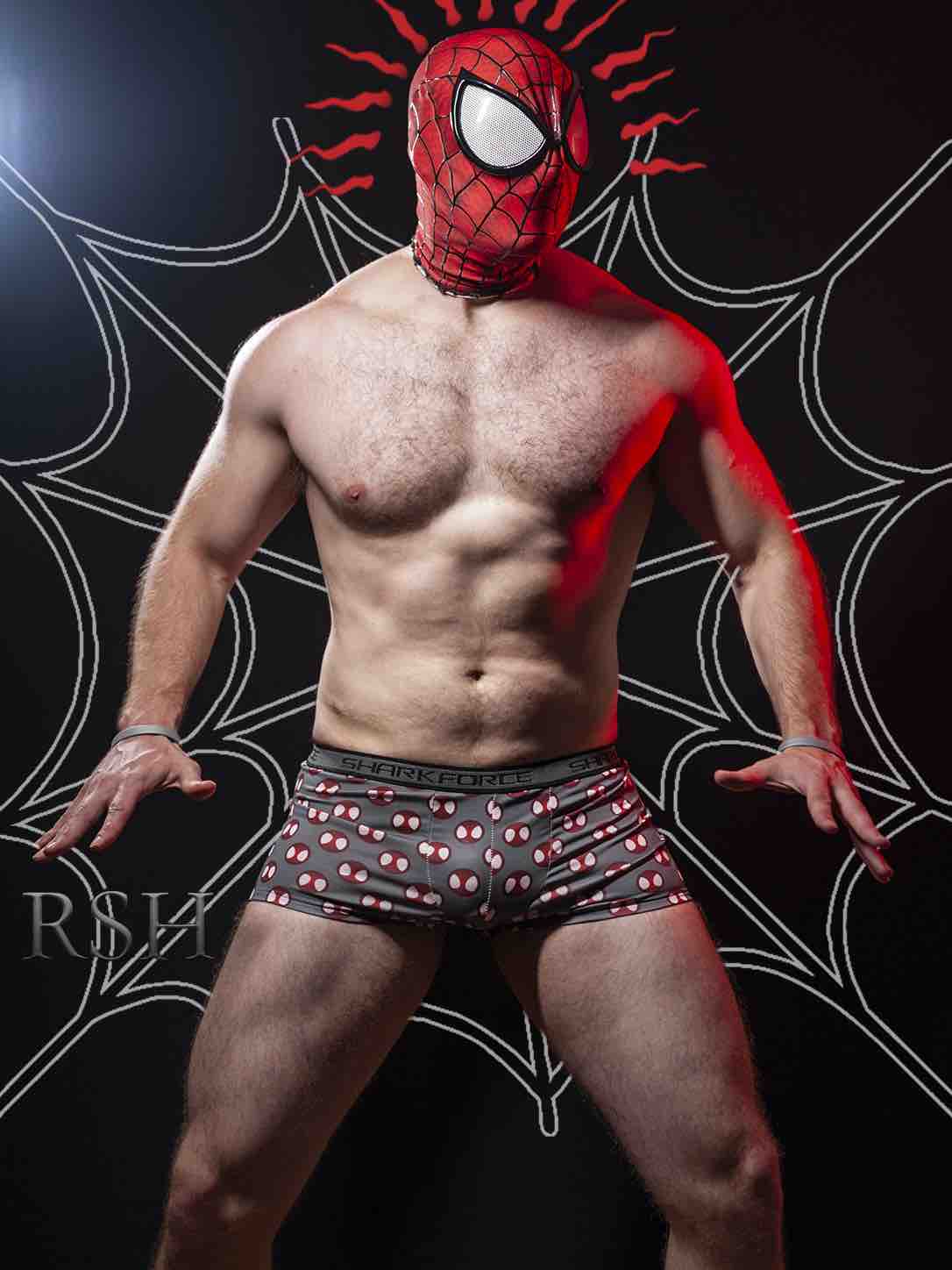 How has Milwaukee been dealing with quarantine?

We have had some closures, but I think we are done for now. I think we have a record for most cases right now, so it’s not going well. I think people are being idiotic. I still go to the gym, but we are required to wear masks, so that’s good. I think a lot of businesses aren’t taking it seriously, so that’s adding to our numbers. We need to be mindful. People need to get on it. As always, we’re divided. We have people who are taking it seriously and people who aren’t.

Besides the gym, where else have Milwaukeeans been able to go?

I only had three weeks off work, two weeks with pay, then I had to go back to work. My life hadn’t been too different. There are restaurants that have dine-in still. Usually, you just have to wear your mask while you are moving through the restaurant and you can’t take it off until you sit down at your table. All the waitstaff wears masks. We still don’t have theaters, which is sad. I really miss that. But I believe most things have been open in some capacity.

I have a roommate who’s been working from home. Which is weird because we work for the same company. I’m going to work and he’s working from home. I work for Penzey’s Spices, a huge liberal company, which is great. They actually donated a lot of money towards the impeachment last year. Our CEO is very vocal about the political side of things, and against Trump. They say don’t mix business with politics, but this is a good thing.

Another thing that’s still shut down are comic book conventions or anywhere you’d flaunt off your iconic Cyclops cosplay. Why does that character resonate so strongly with you?

He’s technically the leader, but among X-Men fans, he’s kind of an underdog. People think he’s a big boy scout who doesn’t have much emotion. But, he has all this grief inside of him, and no control [of his powers], but he has to put up a front to be strong for his team. I like that. 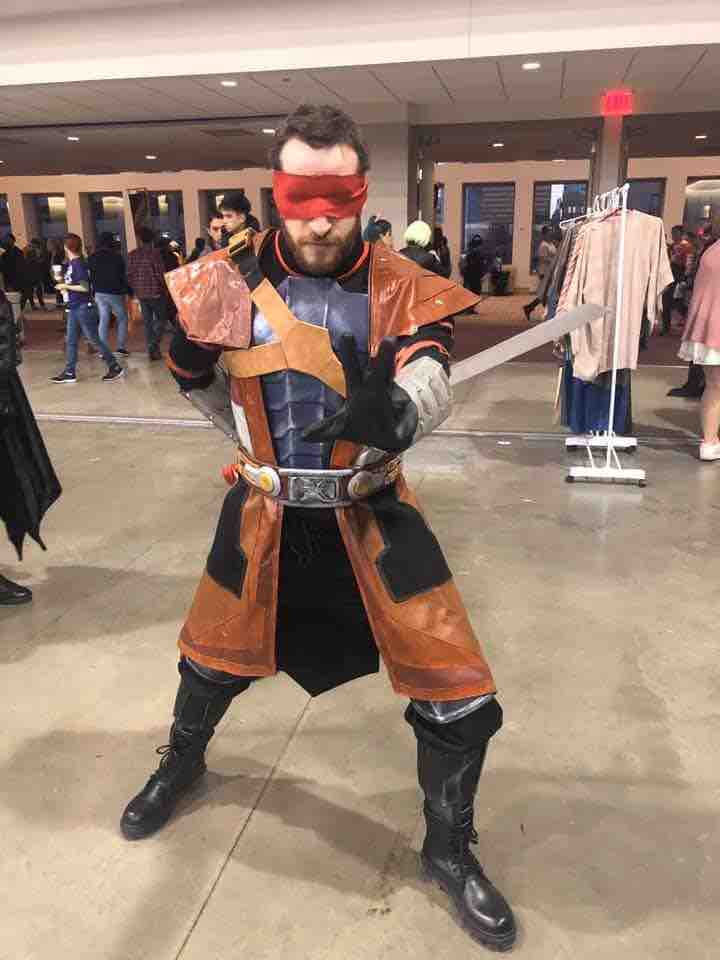 As a queer cosplayer, why do you think gay representation important in geek culture?

Representation in all forms is important, for gays especially, but also for people of color and other minorities. It’s important people see themselves in these stories. They deserve to be seen. We are all in this world together. And when you relate to someone in comics or media, it inspires you to go out and make something of yourself. 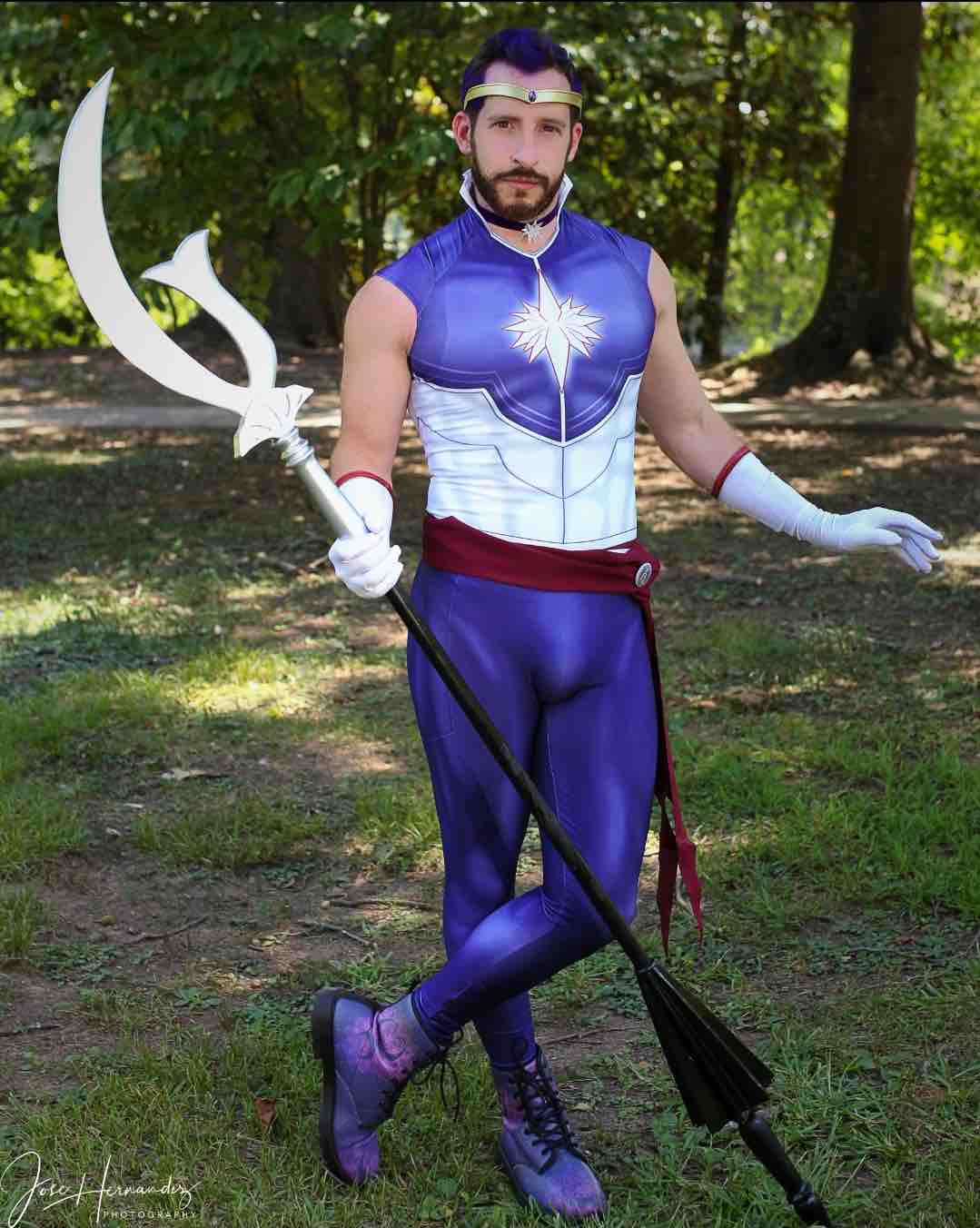 Right now social media is kind of a war zone. I hope 2021 will have more positive, constructive discussions instead of just yelling at each other. Let’s listen to each other and find common ground.