Starting four years ago, our democracy was marauded by the super-villainous Trump and his Legion of Doom administration. These criminals ravaged our environment, stole $1.5 trillion from ordinary taxpayers and gave it to the rich, and neglected to effectively respond to a pandemic, resulting in 7 million infections the deaths of over 200,000 Americans.

To accomplish this mission, we’ve assembled America’s Mightiest queer cosplayers to strip down and spandex up. As part of our new GayCities weekly Cosplay The Vote series, we will talk to some of our favorite gay geeks across the country, serving up their best cos-lewks, to remind everyone to get their sweet little behinds to the polls November 3 if they don’t vote earlier by mail.

This week, we kiki’ed with professional cosplayer Paul Charles of Philadelphia who discussed the importance of affordable health care, his battleground state of Pennsylvania, and the brilliance of Tim Drake. (You can also check out Paul as host of the web series The Comic Book Geek.)

And for more heroic hotness, be sure to check out our Cosplay the Vote interview with Courtney Grant

Why is this election so important to you?

The biggest part is electing someone who is competent and capable of running the country and leading us out of some of the horrible things we going through right now. I’m voting for Joe Biden because he supports raising the minimum wage, which has not been raised in over 11 years. I mean how many times has rent increased in 11 years? How many times has stuff we buy off the shelves increase? Yet minimum wage is what it was in 2009.

Speaking of income, you work as a professional massage therapist. As someone who works in the wellness community, why do you feel it’s important for Americans to have access to affordable healthcare?

We pride ourselves on being a first world country, but our health care system is horrible. For example, one of my friends lives in England, and she had a toothache. If she lived in the US, she couldn’t just go in and see a dentist, there’s a bunch of hurdles she’d have to go through. But there, she literally just walked in, they did it right there. She paid, like, $5 to get a filling. Before Covid, I was trying to see my doctor. I tried making the appointment in July, they couldn’t see me until October. We shouldn’t have to be going through that. Everyone should be able to see a doctor if they are sick. If there is an issue, they should get their medications. My friend is diabetic. He worries every month about insulin because his insurance isn’t covering it.

As a proud gay man, why is it important for the LGBTQ+ community to vote in November?

It kills me when I see our community, where they don’t care, or they think it doesn’t matter. With RBG passing away, and now Amy Coney Barrett…

I was actually going to say that! I read an article where they actually have Handmaidens in her weird sect of religion. It’s not the same handmaids that we think of, but they are still called that. It’s insane. Apparently, her religion puts emphasis on the man being in charge of the family. She’s much more for “traditional values.” If she goes through, she will be pushing more of her philosophy on upcoming cases. It’s extremely important for the LGBT community to be voting, so they can hopefully stop Trump from putting this nomination through. Whether or not it’s before or after the election. I’m hoping it’s postponed to after the election.  There is so much on the line. We just got the right to not be fired for being gay. I was fired from my job of 10 years in 2017 for being gay. It’s horrible. Also, we just got the right to get married in 2015. And I think in 2011 they repealed Don’t Ask, Don’t Tell. This all happened in the last decade. For our community to abstain from voting, their eyes aren’t open. 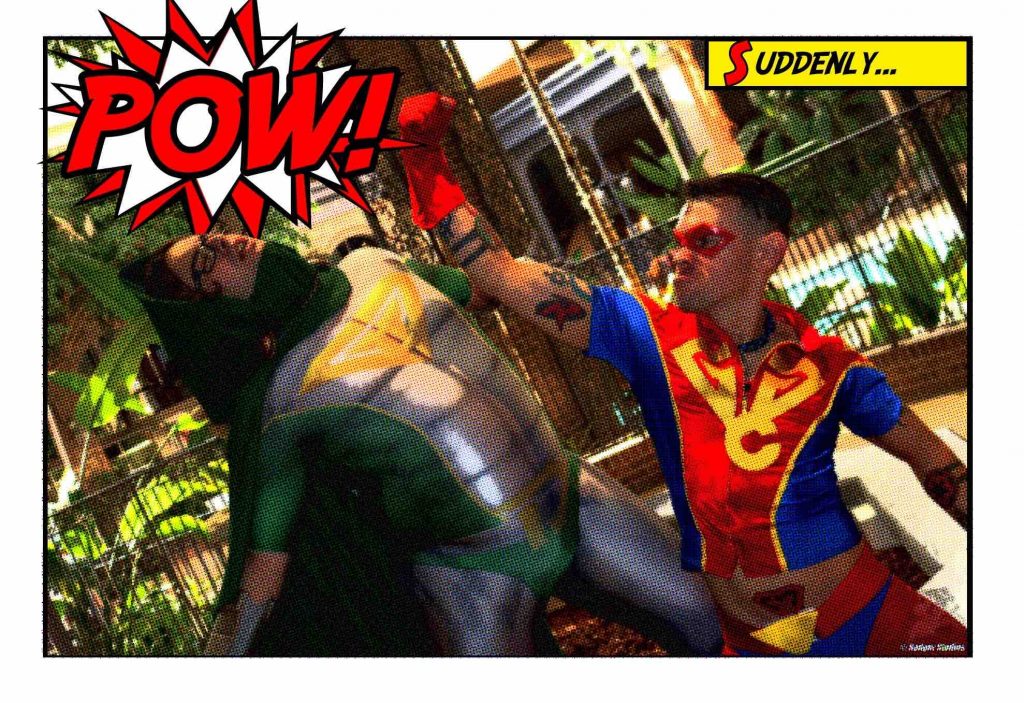 You live in Philadelphia. Pennsylvania is a major battleground state…

It is! There’s a lot of sanctions going through trying to stop mail-in voting. I don’t want to say its Us vs Them, but conservatives are really trying to keep people from voting. They know they are outnumbered. The only way they can stop us is by limiting the way we can vote. I’ve already requested my mail-in ballot. Hopefully, it comes in the next week or so. Personally, I’m going to turn it in person, so there are no questions asked.

What do you think is the biggest issue facing Pennsylvanians?

Racial inequality is on a lot of people’s minds. We did have several protests here. I attended three of them, they were all peaceful. I didn’t see any vandalism. Like when the media was hyping someone breaking down an Autozone then blaming in on BLM, and it turns out it was a police officer doing it to undermine what they were trying to do. There’s also a lot of people out of work. We’re not completely open yet. A lot of Pennsylvanians are thinking about their wallet. And their own healthcare. Some of my coworkers have gone down to part-time work and lost their health care and have to apply for ACA.

On a lighter note, let’s talk about cosplay. Of all the heroes you have portrayed, which resonates with you the most.

My first official cosplay ever was Robin. There were many Robins, but the one one that resonated with me more than ever was Time Drake. When I first started reading comics, he was Robin. He was a big nerd! I’ve been a nerd since I was five. Seeing a nerd become a superhero was something. 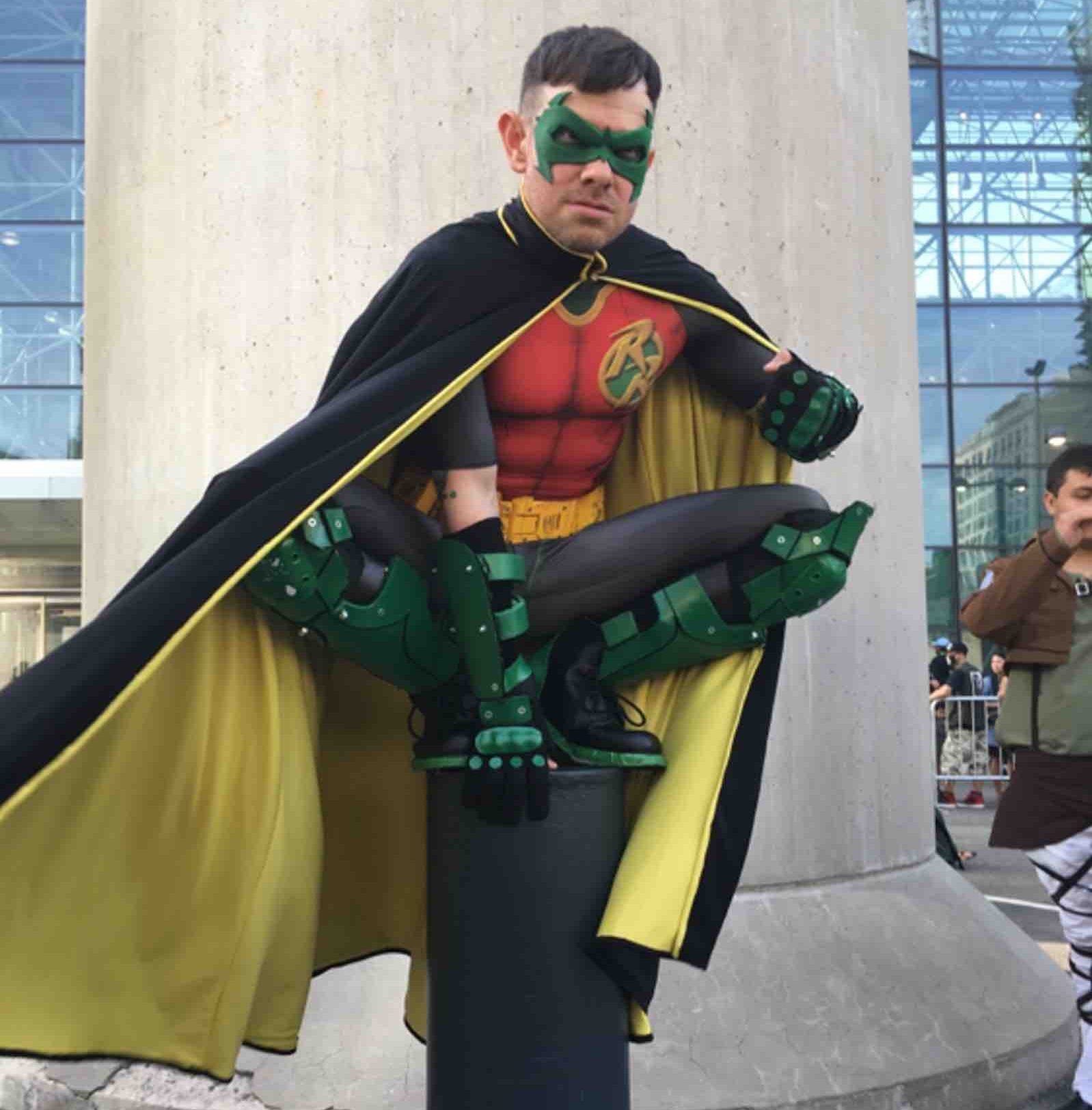 How did Tim Drake Become Robin?

He actually discovered who Batman was. Using his detective skills he determined Bruce Wayne was Batman. That’s awesome. 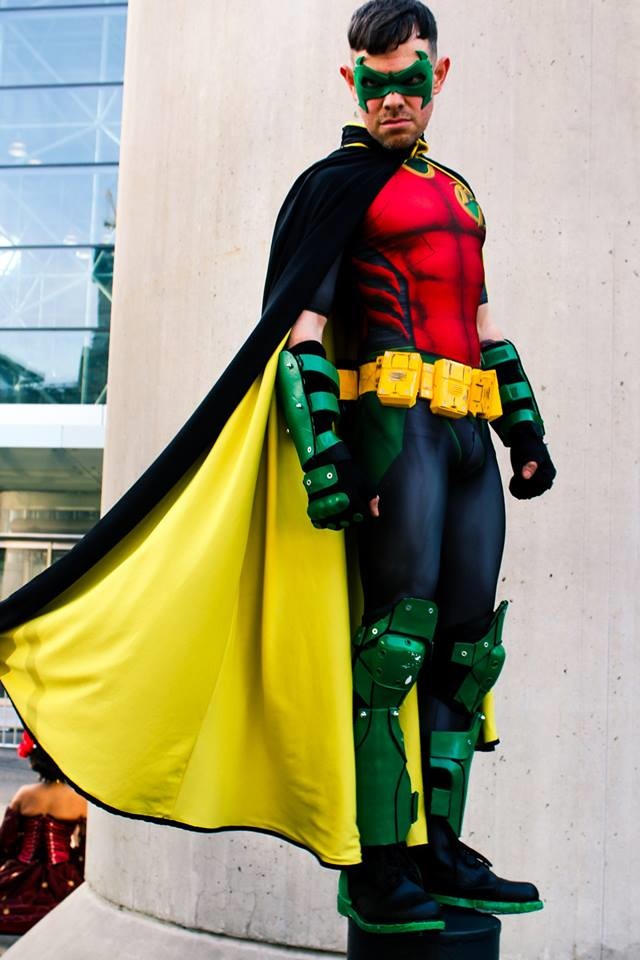 On your web series Gay Comic Geek, you review comics. What’s the most gay-friendly series you would recommend to new queer readers?

Right now Wiccan and Hulkling just got married. They’re been around for years, and they’ve slowly aged from teenagers to 20 somethings.

For those who aren’t familiar, who are they?

Hulkling is the heir of the [alien] Skrull empire, but also the son of the original Captain Marvel. He’s the uniter of the Kree and Skrull empires. His long-time boyfriend Wiccan is the son of the Scarlet Witch and Vision. He has a brother named Speed, who turned out to be bisexual.

Why is LGBTQ+ representation important in geek culture?

We all want to see ourselves represented in any type of media. Growing up, I knew I was gay at a young age. I would have loved to see an openly gay teenager who was a superhero. If I saw Time Drake as a gay character, I would have resonated with him even more.

What is your biggest hope for America in 2021?

Get a handle of COVID, and minimize the deaths. There’s 2000,000 deaths already in the US. I’d like to see a spark of happiness at the end of the tunnel.

I’m hoping the election helps turn everything around.

Vincent Rommelaere on Sydney Mardi Gras in the time of Covid