Four years ago, our democracy was marauded by the super-villainous Trump and his Legion of Doom administration. These criminals ravaged our environment, stole $1.5 trillion from ordinary taxpayers and gave it to the rich, and neglected to effectively respond to a pandemic, resulting in the deaths of over 200,000 Americans.

To accomplish this mission, we’ve assembled America’s Mightiest queer cosplayers to strip down and spandex up. As part of our new GayCities weekly Cosplay The Vote series, we will feature some of our favorite gay geeks across the country, serving their best cos-lewks, to help get out the vote in November.

This week, we kiki’ed with Spider-Man cosplayer Courtney Grant of Los Angeles, CA, who discussed Black Lives Matter, combating teen homelessness, and the benefits of a vegan diet. (You can also check out Grant as host of the web series Vegan Cooking with Courtney.) 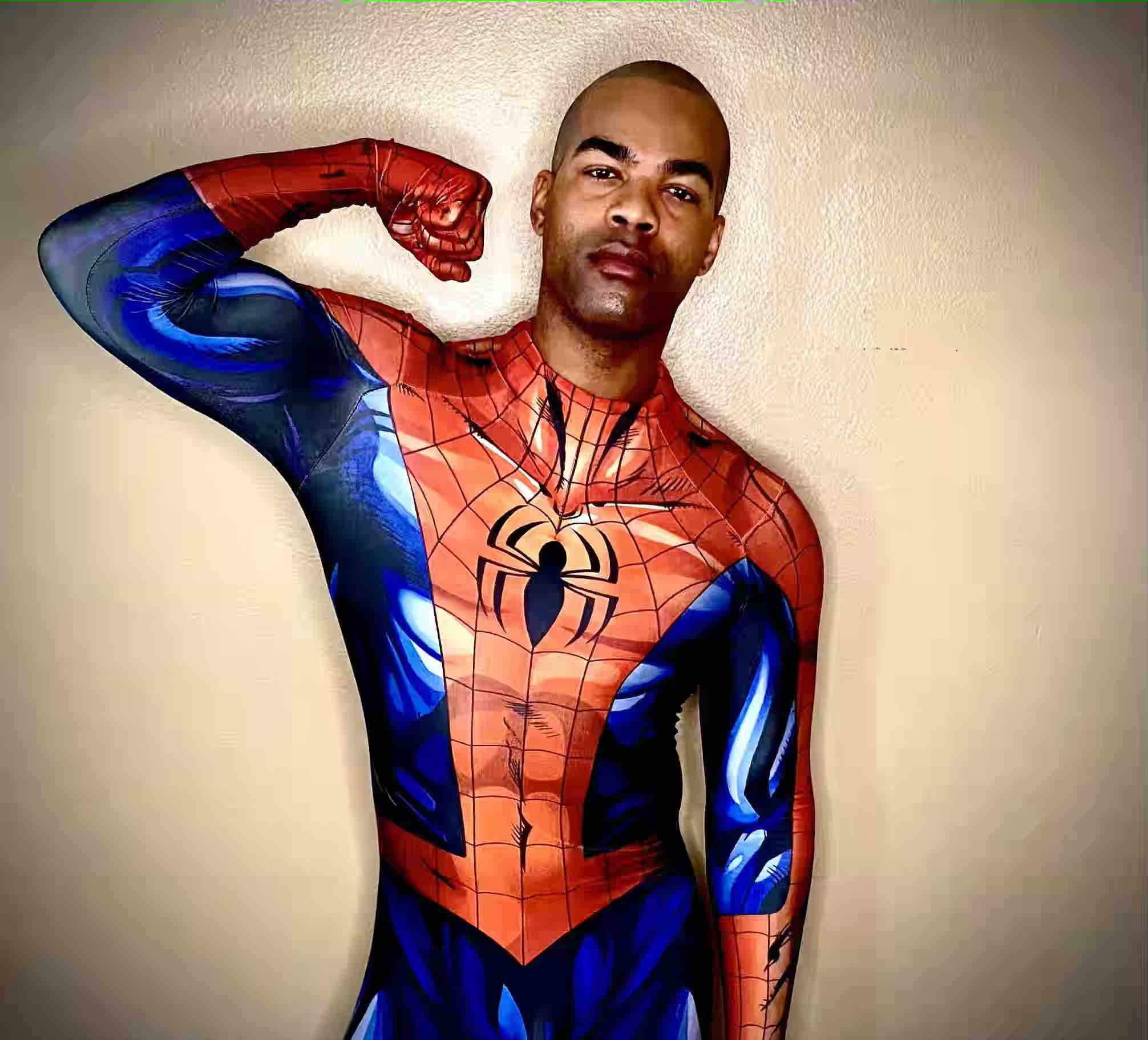 Why is this election important to you?

With people coming out as so incredibly racist, and the overall aspect of what out president stands for: bigotry, hate. That’s what he puts out. We the people need to push out our voice. We need to make a difference for everyone. Not just one person, not just for one group of people. For everyone.

What’s the biggest issue that’s motivating you to vote?

I feel Black Lives Matter is the biggest issue. There are so many people getting killed and not getting justice for it. And why are they getting killed in the first place? It doesn’t need to happen. Like, you’re sleeping in your own home. That’s so unbelievable to me. Right now that’s at the forefront. 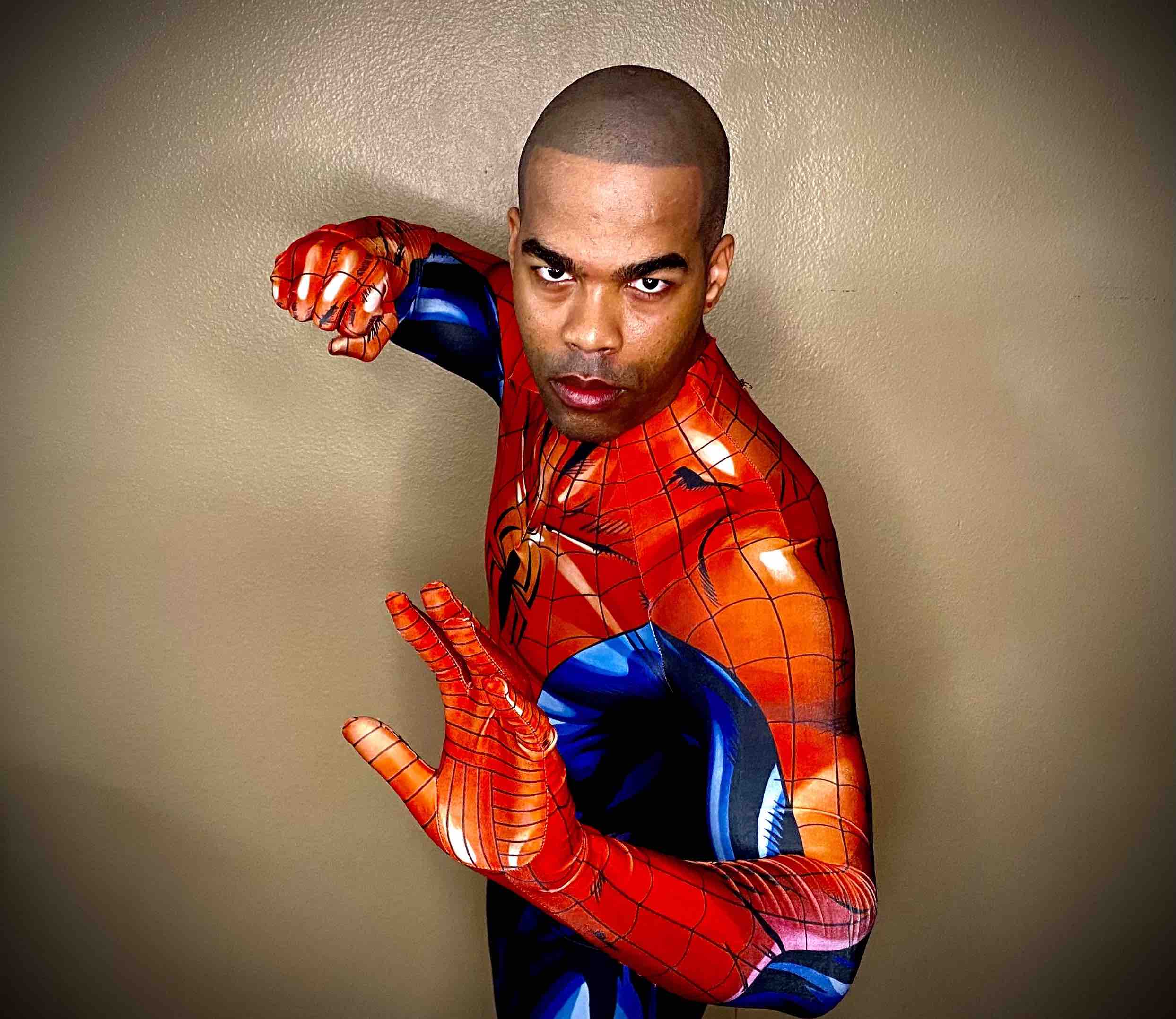 You are a resident of  California. As a Californian, what do you think is the most pressing issue affecting your state in 2020?

I think housing and the homeless. There is a program, I really hope I get it right, its called [Proposition] HHH, where if you are under 25 [amongst other vulnerable homeless demographics] you are able to find housing. A lot of people don’t know about that. It helps so many people because there are so many homeless black youth, and homeless youth in general. 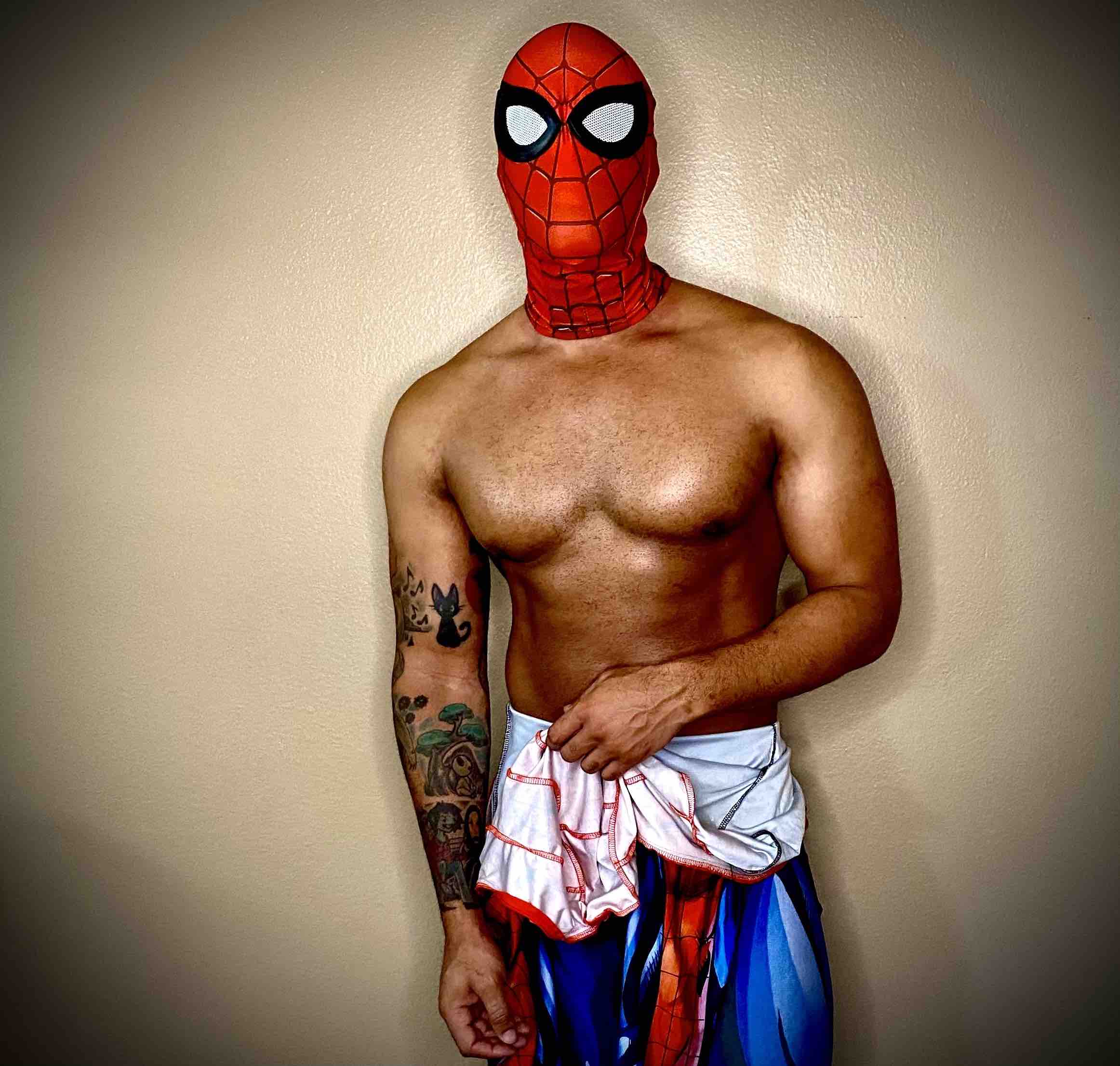 So, switching gears, you chose a Spider-Man lewk for this cosplay shoot. What about Spider-Man resonates with you?

One, I just love the outfit. And Spider-Man just wants to do good. He’s there for his community. He protects. 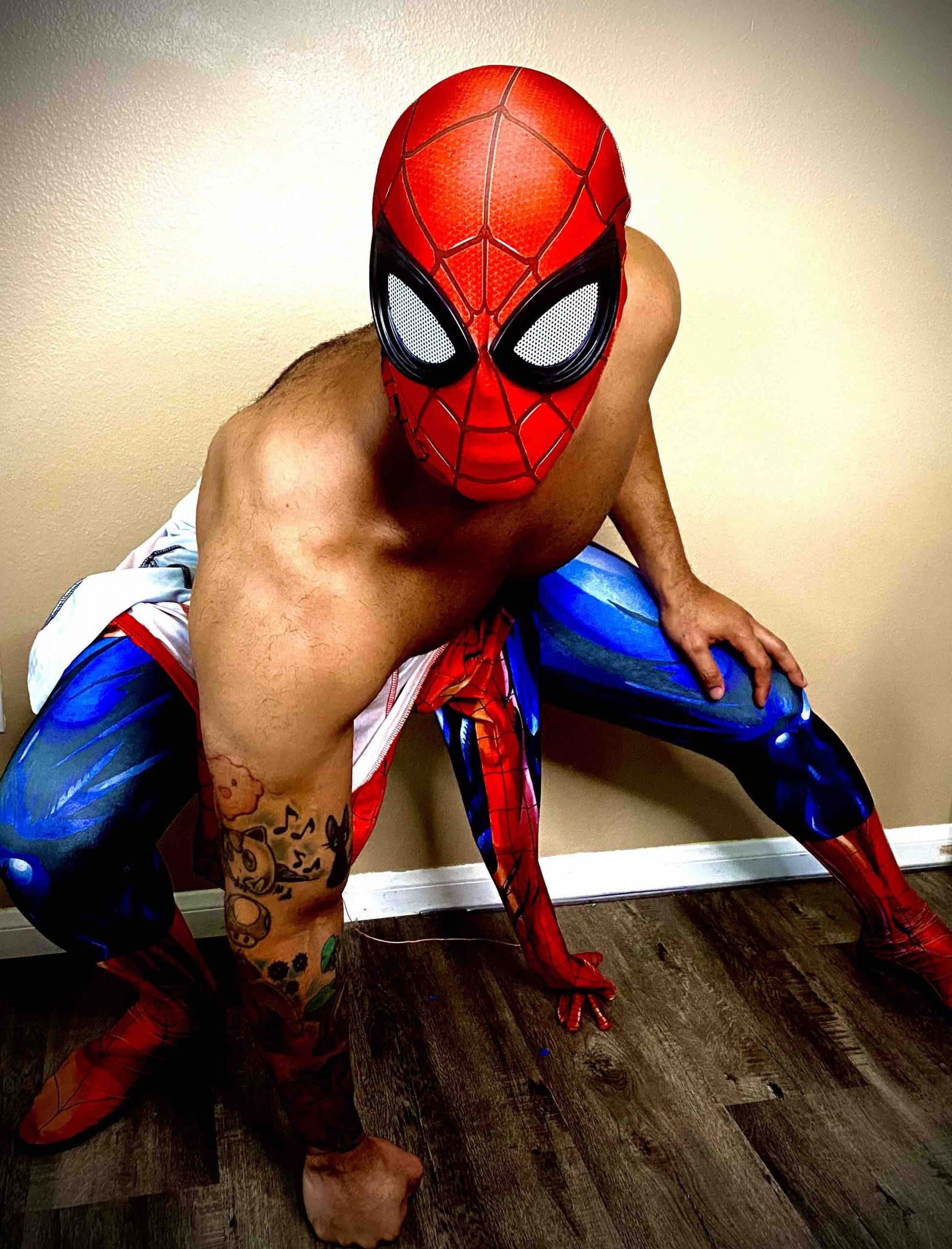 You are also a gaymer. There’s an upcoming Spider-Man video game featuring the ‘Miles Morales, a black Spider-Man, which angered a lot of alt-right nerds. Why is it important to see black representation in geek culture?

Wonder Woman, Superman, Spider-Man, they are all white. But there are other characters in comics. It doesn’t make sense to me that people are so aggressively upset about it. It shows your character. Why are you so upset about this Spider-Man being black? Its’ to lift up kids who don’t see themselves as superheroes. They always see themselves as the villain, the thug, the criminal. Then you have someone who comes to the forefront and it’s like, “I want to be that hero.” 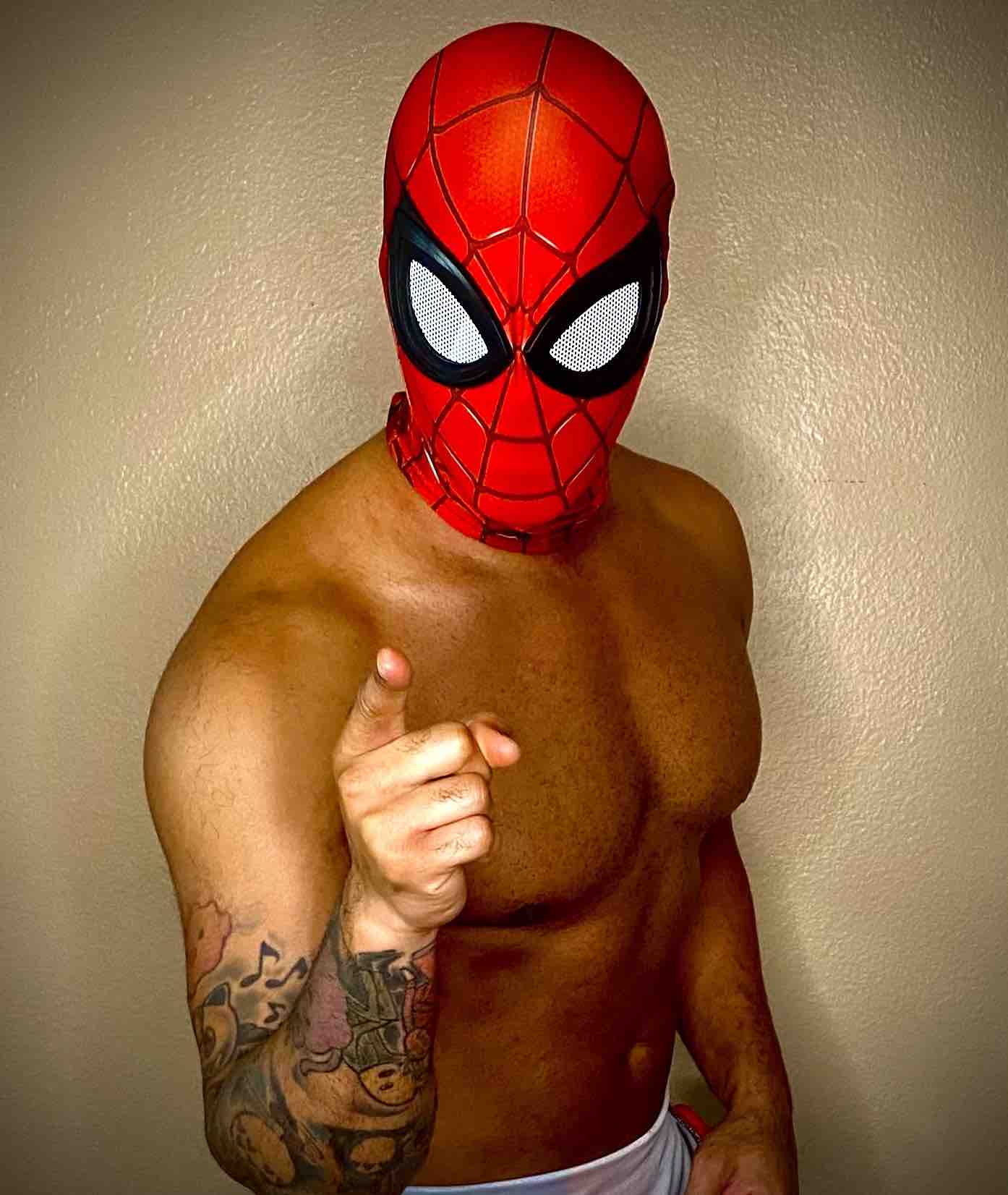 Was there a hero that did that for you?

When it came to being black, I don’t think I’ve ever not felt represented. I looked at Black Panther, and Static, and Storm. What I was more affected by were the gay characters. In the majority of the shows I grew up with, I didn’t see gay characters. I had black shows that I could watch, and I did. But I didn’t feel represented as being gay. That affected me more. 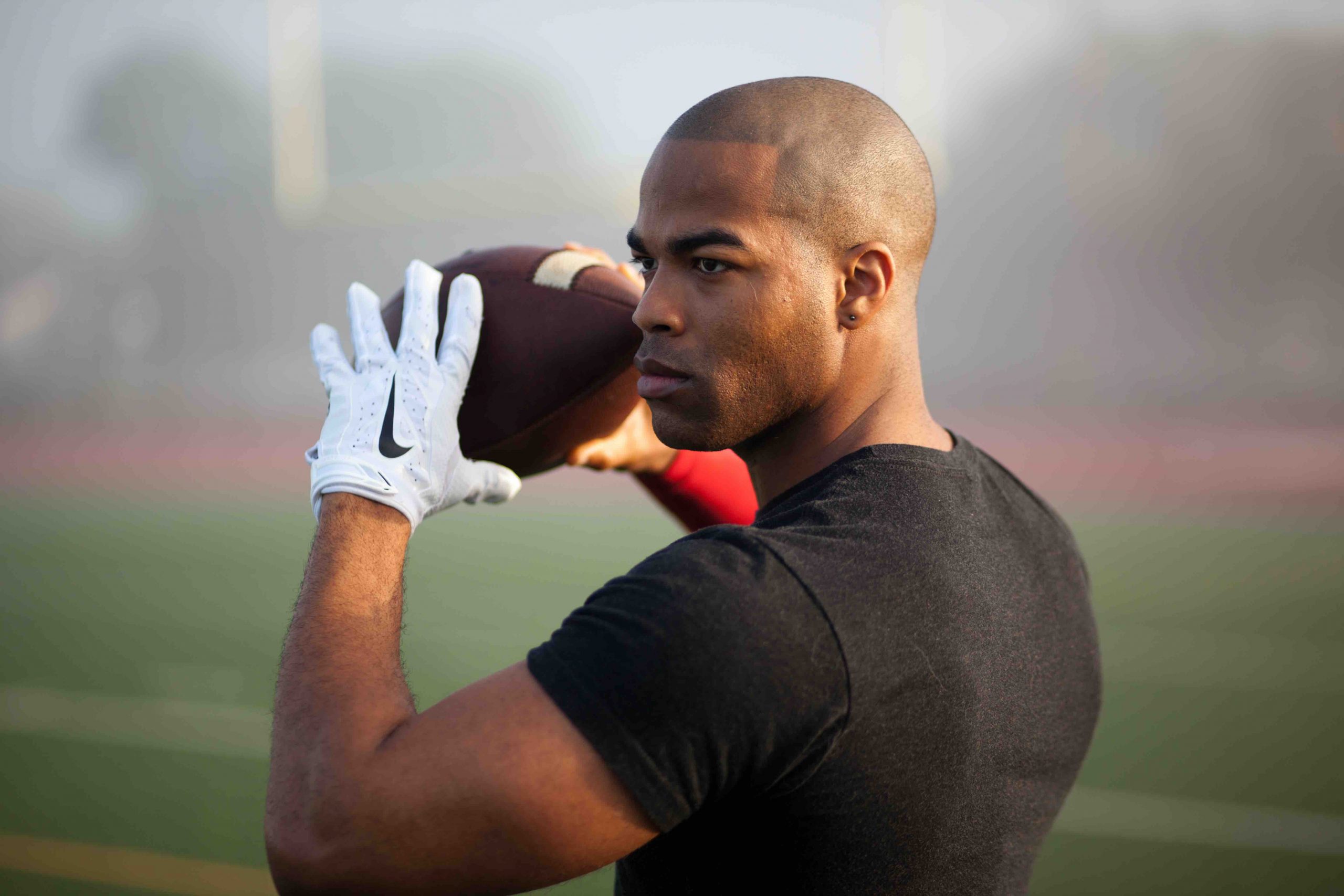 You currently host the web series Vegan Cooking with Courtney. What motivated you to become vegan?

I was going through a lot of health issues after moving to California. It was so random. I became allergic to almost all fruits, and I didn’t know why. And I started getting large lumps under my neck and arm. My older sister told me to go vegan for two months. I did it and within three weeks I felt an incredible change. I was like, is meat really that crazy? So six months in, I tried eating fruit again, and I wasn’t allergic anymore. That was an eye-opener.

What’s the best advice you can give to someone who wants to go vegan?

Do your research. There are a lot of easy recipes. I started Vegan Cooking with Courtney just to show people that you can do it. All the foods you are eating now, you are able to eat. You are just changing it up, using mushrooms instead of meat. Or using Beyond Meats. And eat a lot of nuts. They have tons of protein. 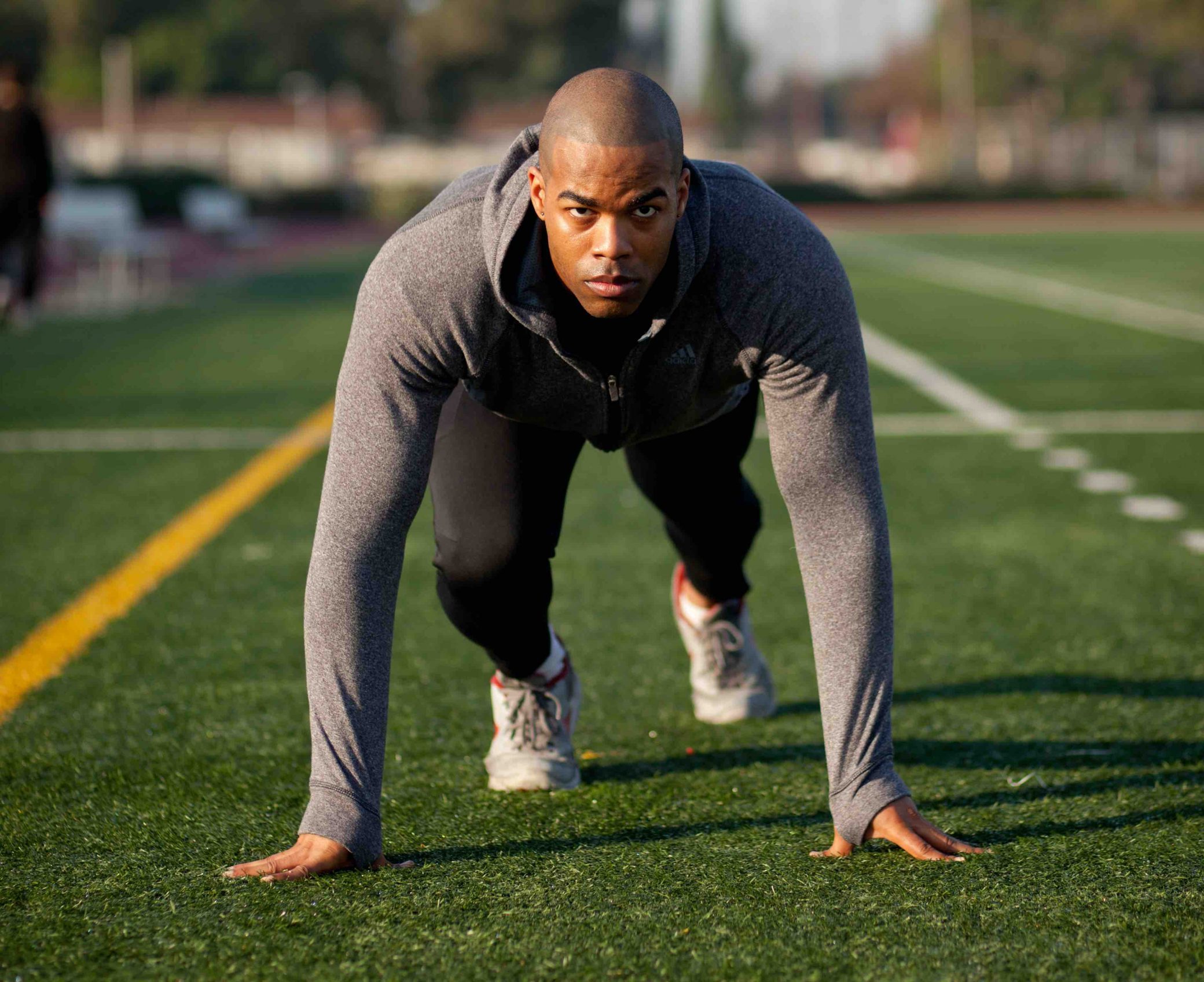 Speaking of health, where have you been safely hanging out during this pandemic?

At home and at the park with a mask. I don’t really go anywhere. Plus, I have a pool.

I feel like we’ve seen who people are, you know? Going forward, I just want people to be more aware, doing their research. Not just on who they are voting for, but what they stand for. That’s a big issue. I was watching an interview, a guy was at a Trump rally asking people why they were voting for Trump. And this one woman said, “I don’t care what he stands for. I’m just voting for Trump.” That’s very telling. Seeing that, I need to make sure I also have a voice. If this person doesn’t care what someone says, she just wants to be on that party’s side. Trump can do anything and she doesn’t care.

I would say to other people who either haven’t voted, or aren’t voting, you are in danger. You are leaving yourself at the hands of someone who doesn’t care what happens as long as they get their way.