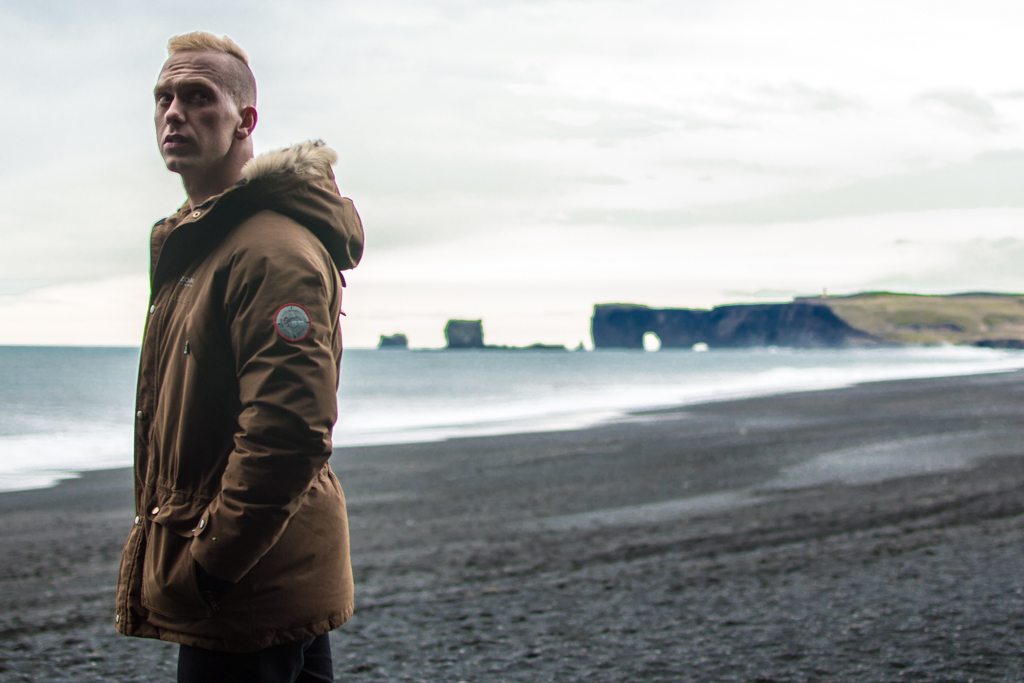 We’re all dreaming of a holiday right now, and it seems Iceland may be one of the first countries to open back up to tourists this summer. Until then, here’s an invitation to virtually travel to Reykjavík and meet some of its local men.

The photos for this article were all shot pre-Covid in Reykjavik, Iceland.

GayCities exclusively shares a selection of the photos along with a bit of behind the scenes commentary by Elska Magazine editor and photographer Liam Campbell just in time for pride season. 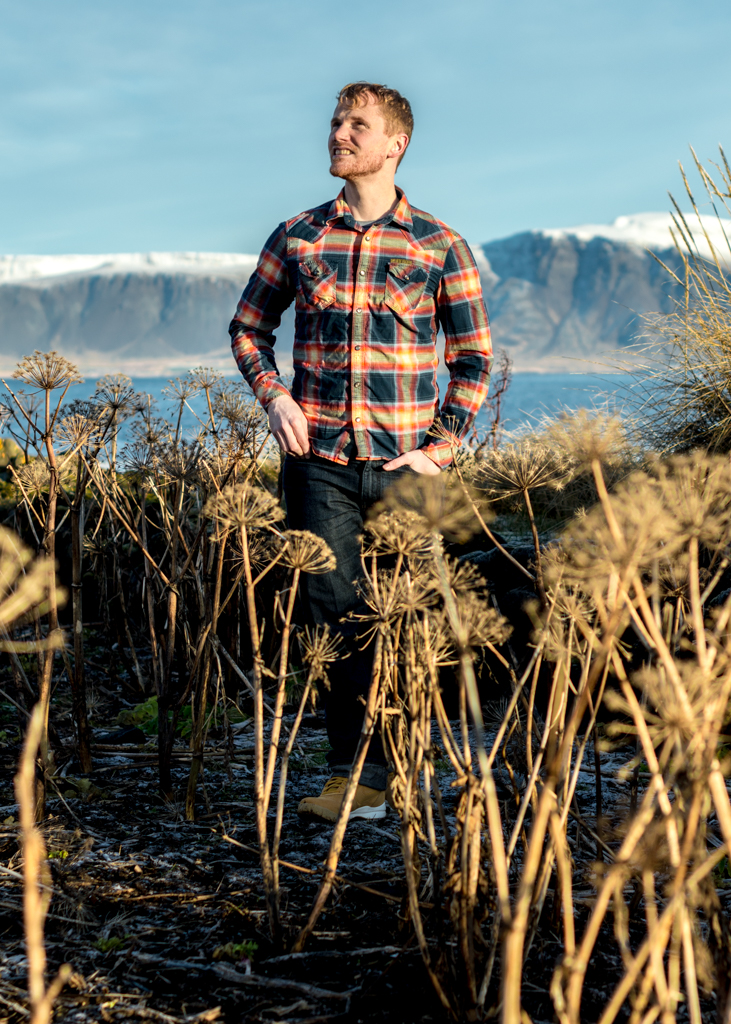 Due to a slight mess-up with the dates, me and my shooting assistant Andriy arrived in Iceland a day before our accommodation was ready. Haukur and his partner were quick to offer a place to stay for that first night, plus a lovely home-cooked meal. On top of that, one of the other guys we met, Davið J, offered an airport pick-up and city tour, and we were also getting invitations to hang out with loads of others. I can’t think of anywhere else on the planet where people make you feel so at home. 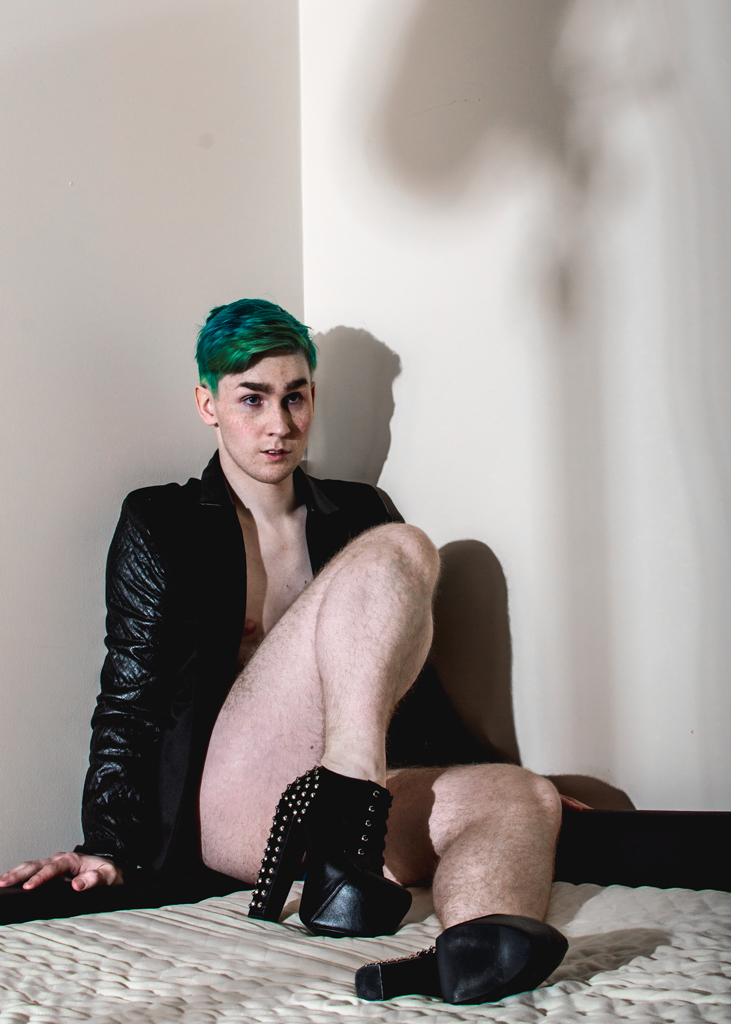 The texts in the Reykjavík issue are definitely some of the more interesting and well-written, and Sigurður’s is one of my favorites. Although it’s quite short and sweet, it talks about the time someone gave him a passing compliment–“nice butt”–and how that little act gave Siggi an injection of confidence that he tries to keep reminded of every day. Perhaps that’s part of the confidence that enables him to be Gógó Starr, one of Iceland’s best-loved drag queens. 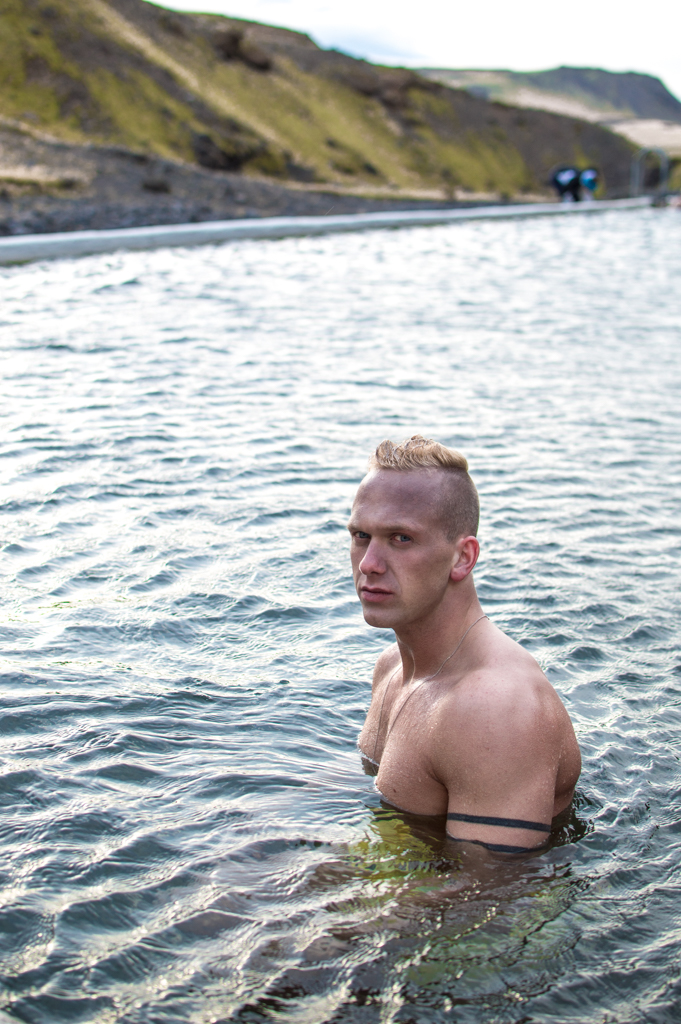 I couldn’t help but stray from the city of Reykjavík a bit during this trip. The beautiful landscapes of the Icelandic countryside were just too legendary to pass up. Perhaps the most dramatic of our backdrops was with Sindri M, who we photographed at the black sand beach Reynisfjara near the town of Vík. Then on the way back to town we popped by the geothermal pool Seljavallalaug. I snapped a few shots just for fun before putting the camera away and diving into the pool myself. 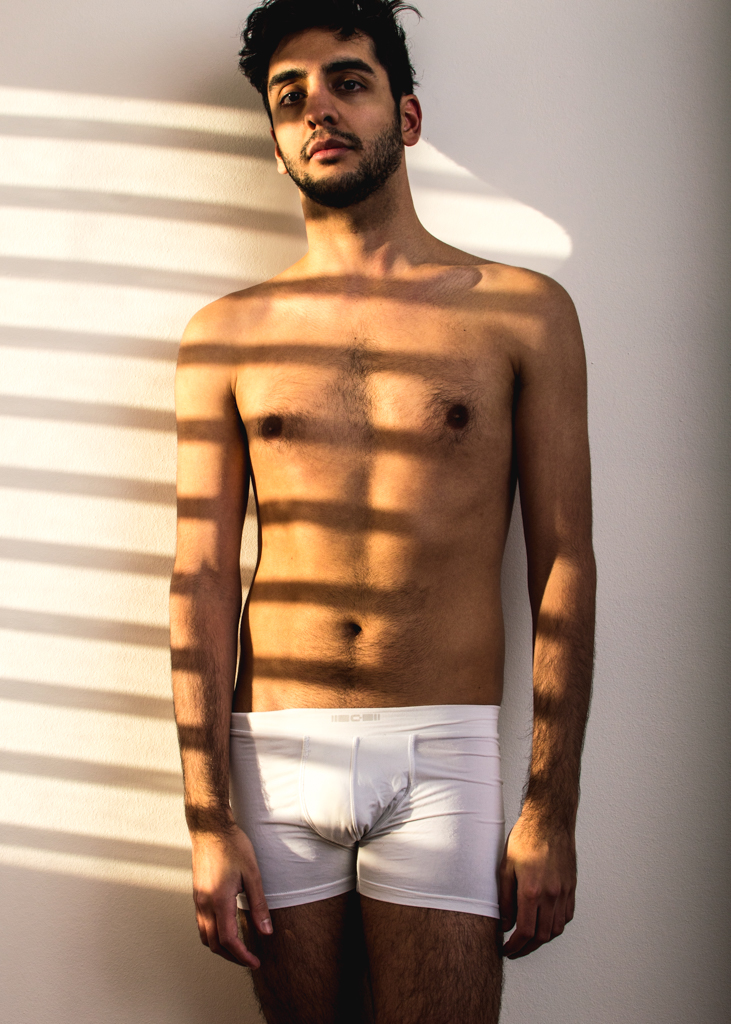 One bizarre thing you’ll notice after spending some time in Iceland is how small the place is. Even after a week, you’ll start recognising people on the streets or in shops, and you’re bound to make friends quickly. Friðrik was someone who I kept bumping into over and over on this trip. In addition to at our shoot, I ran into him on the main street Laugavegur, which then turned into drinks at his home. I also saw him again in the city another day, but this time didn’t stop – he was jogging. And then I happened to find him dancing in the background of a music video by Selma, the singer who brought Iceland the closest it ever got to Eurovision glory, coming 2nd place in 1999. She tried again in 2005 with the song ‘If I Had Your Love’, which is the video that Friðrik is in. It’s easy to spot him, he’s wearing a black-and-green striped top. 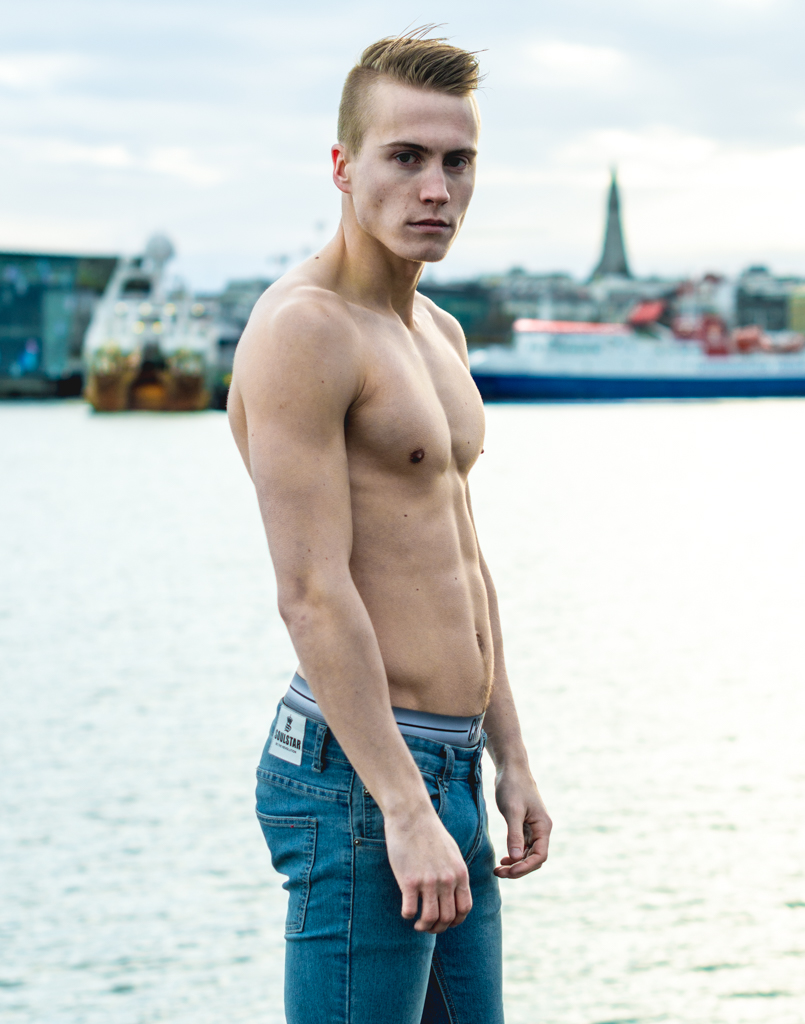 One of the funniest moments came during Kolbeinn H’s photoshoot. He and his friend Sveinn (who’s also in the issue) came up with the idea to shoot by the harbor, Reykjavíkurhöfn. During the week it’s a busy working port and it’s also home to attractions such as the Grandi Food Hall, but when we shot on a Sunday morning, we thought we’d have the place to ourselves, perfect for a shirtless shoot. What we didn’t know however was that there was a longstanding Sunday morning tradition for older couples to drive around the harbor and check out the scenery. Poor Kolbeinn got a lot of stares from passing drivers that he somehow managed to survive without blushing too much. 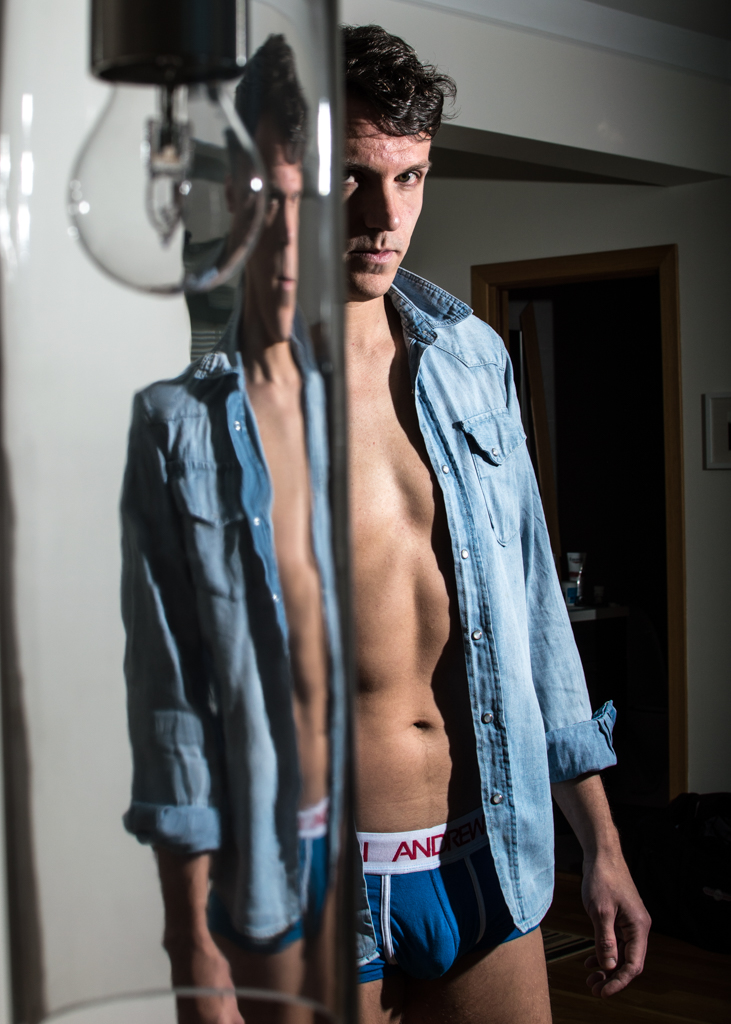 The Reykjavík shoot trip was definitely one of the busiest Elska trips ever, with around twenty guys wanting to take part, but even so, we had a couple of cancellations. One of the guys who stepped up to fill a last-minute gap in the schedule was Glenn W. It’s one of those instances where I wound up actually glad that someone canceled because I can’t imagine someone better for Elska than Glenn. He was easy-going, up for anything (even when his partner Troy tried dressing him up in all sorts of funny outfits), and he also wrote not just one but two excellent stories. 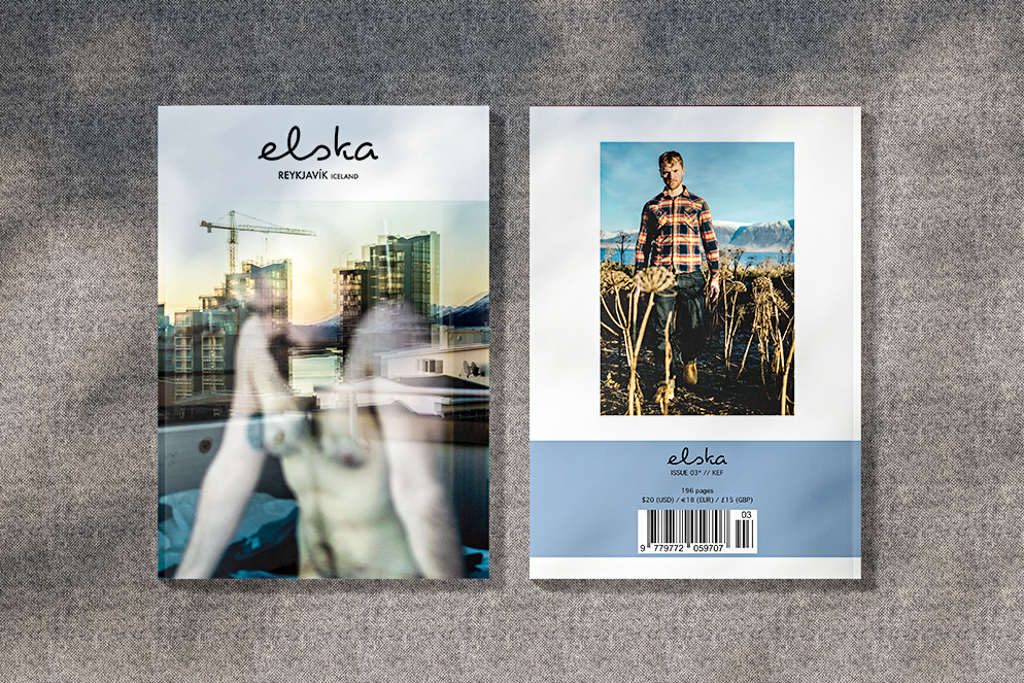 Elska Reykjavik is out now in a limited edition print version and in an e-version. A behind-the-scenes companion zine called Elska Ekstra Reykjavík is also available as well as a cheeky travel memoir entitled ‘Fifteen Icelandic Swimming Pools’ aka ‘A Gay Guide to Swimming in Iceland’. All three are available as part of an “Iceland Bundle”, available from the Elska website.