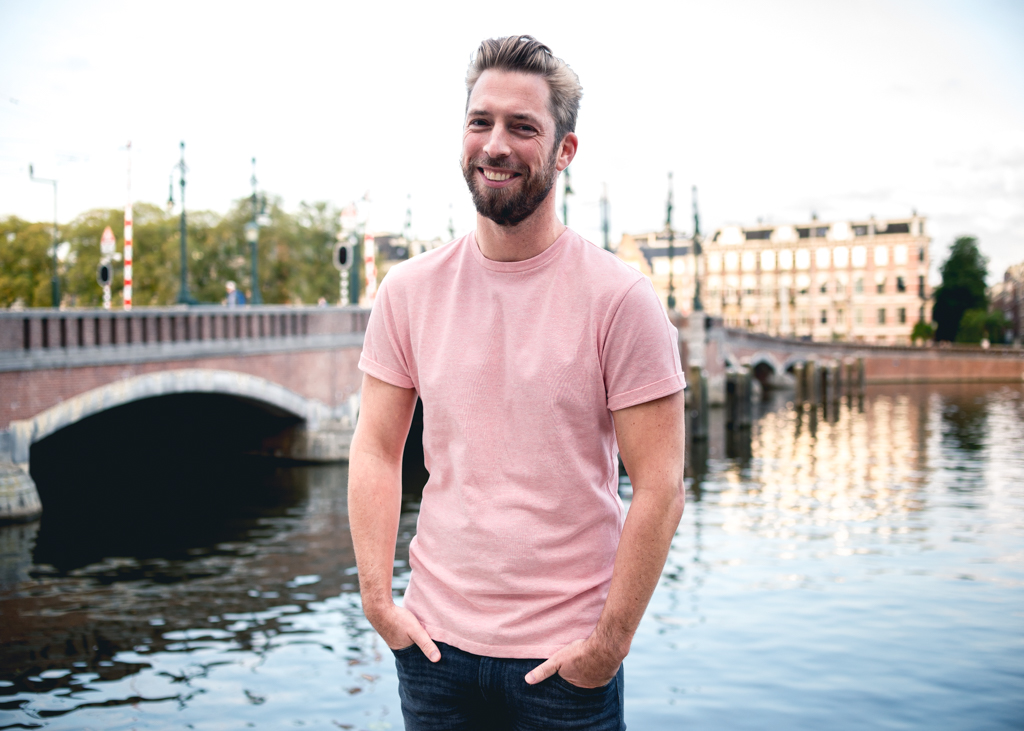 Okay, so maybe we definitely can’t travel to Amsterdam right now. But we can start thinking of a post-Covid trip there, and who we might meet in a queer bar or cafe.

The photos for this article were all shot in Amsterdam, Netherlands. 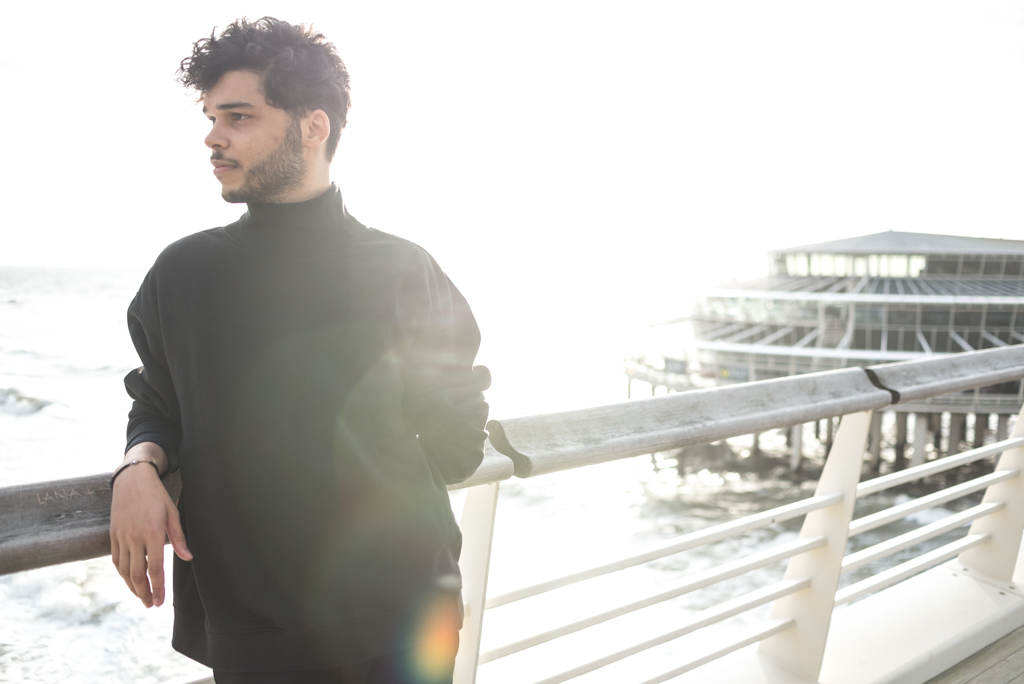 My pre-coronavirus trip to the Netherlands started in perhaps the most Dutch way possible – with a bike ride. Henri wanted to shoot in the seaside town of Scheveningen so we met at the nearest railway station where I found Henri waiting with two bicycles, one for him and one for me. We then encountered another rather Dutch phenomenon – rain (it rained an awful lot during my trip), which we had to cycle through for nearly half an hour. I’m not complaining though, I loved every minute of it and there really is no better way to visit the Netherlands than on a bicycle, no matter the weather. Nevertheless, I wasn’t disappointed when the rain suddenly stopped as soon as we reached our destination. It was like the sun came out just for us, making a great first shoot of the trip. 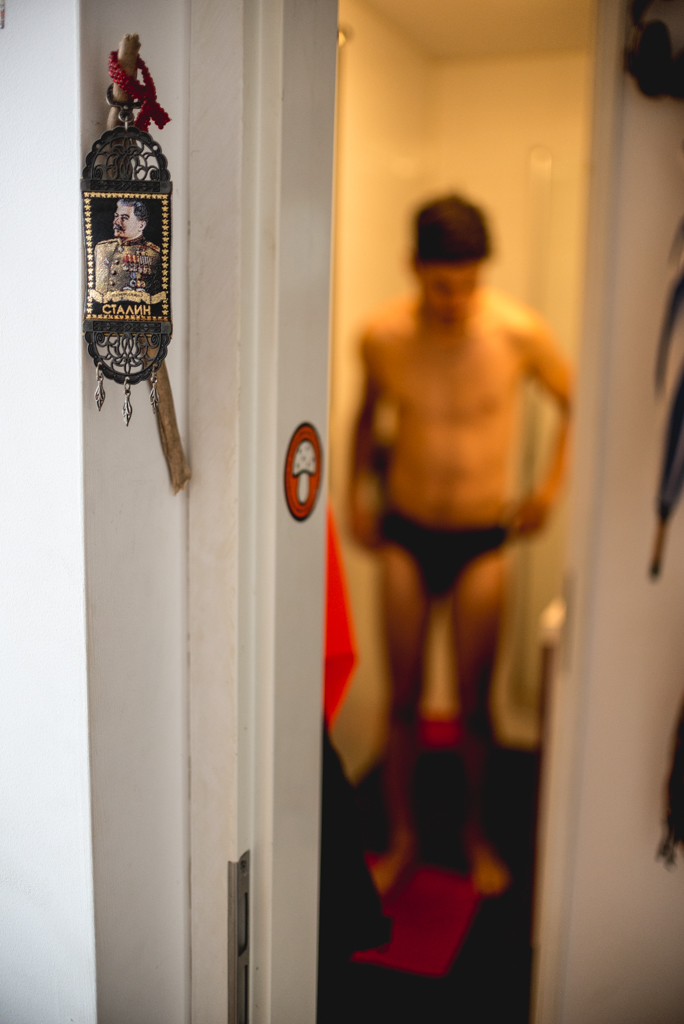 Of course I love a good portrait, but I’m also a photographer who adores all the little details found in the background. That’s why I try to always shoot a guy in his own home, letting the art, furniture, and mess tell me more about the person. Arthur’s flat was especially evocative. One of the first things I noticed was this little Stalin emblem that he had stuck on his wall. I decided to snap a picture of it while Arthur was changing in the other room, and ended up printing a less-clothed version of this pic in the magazine. Arthur also had some other amazing stuff around, like some Almodóvar film posters, vintage ads stuck on a door, and one of the most beautiful cats I’ve ever met, all of which feature in the issue. 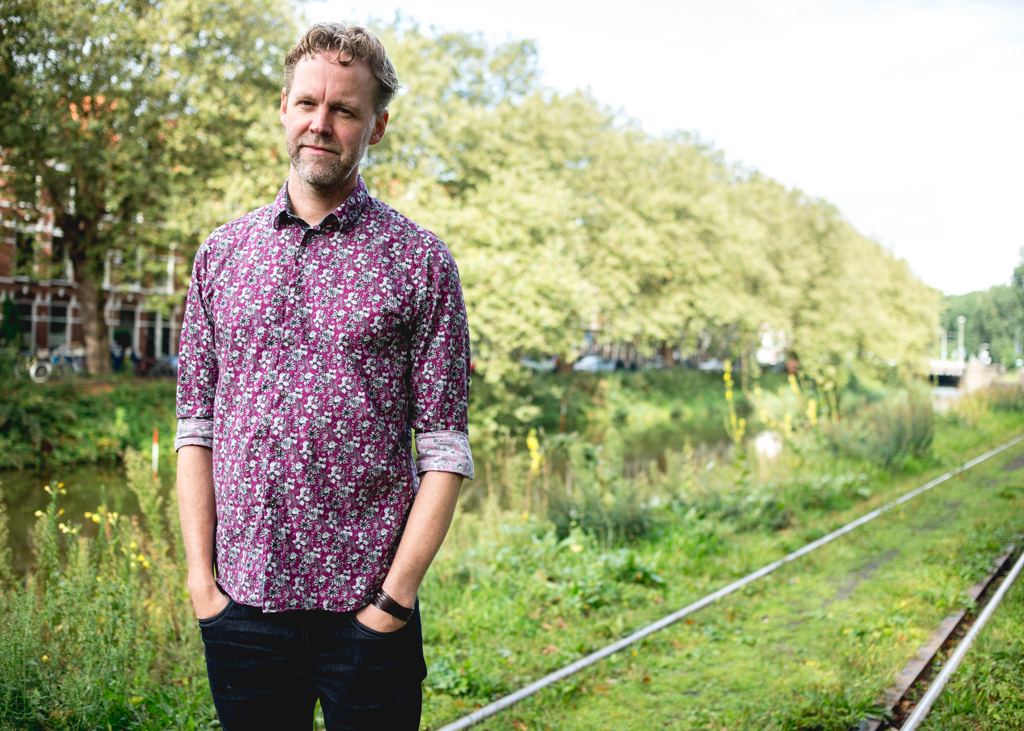 I knew before I came here that Amsterdam was a multicultural city, but it wasn’t until my third day in the city when I realised that I’d still not actually met an ethnic Dutch person. So if readers would be expecting a load of very tall blond guys, they wouldn’t get many, but they would get Alex. 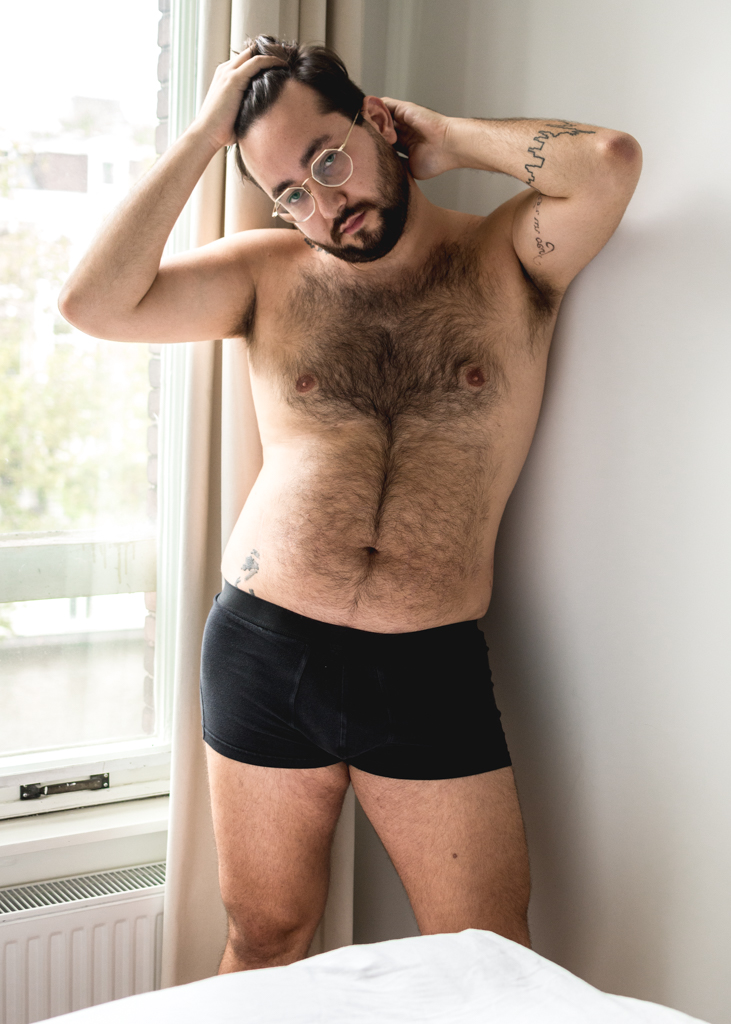 One of my favourite neighbourhoods I found in Amsterdam was the place where I met Jacques K, De Pijp. It was lively, had loads of cool cafés, a nice open-air market, and was central yet not touristy. We also found an especially lovely canal for a couple necessary “Amsterdammy” shots. 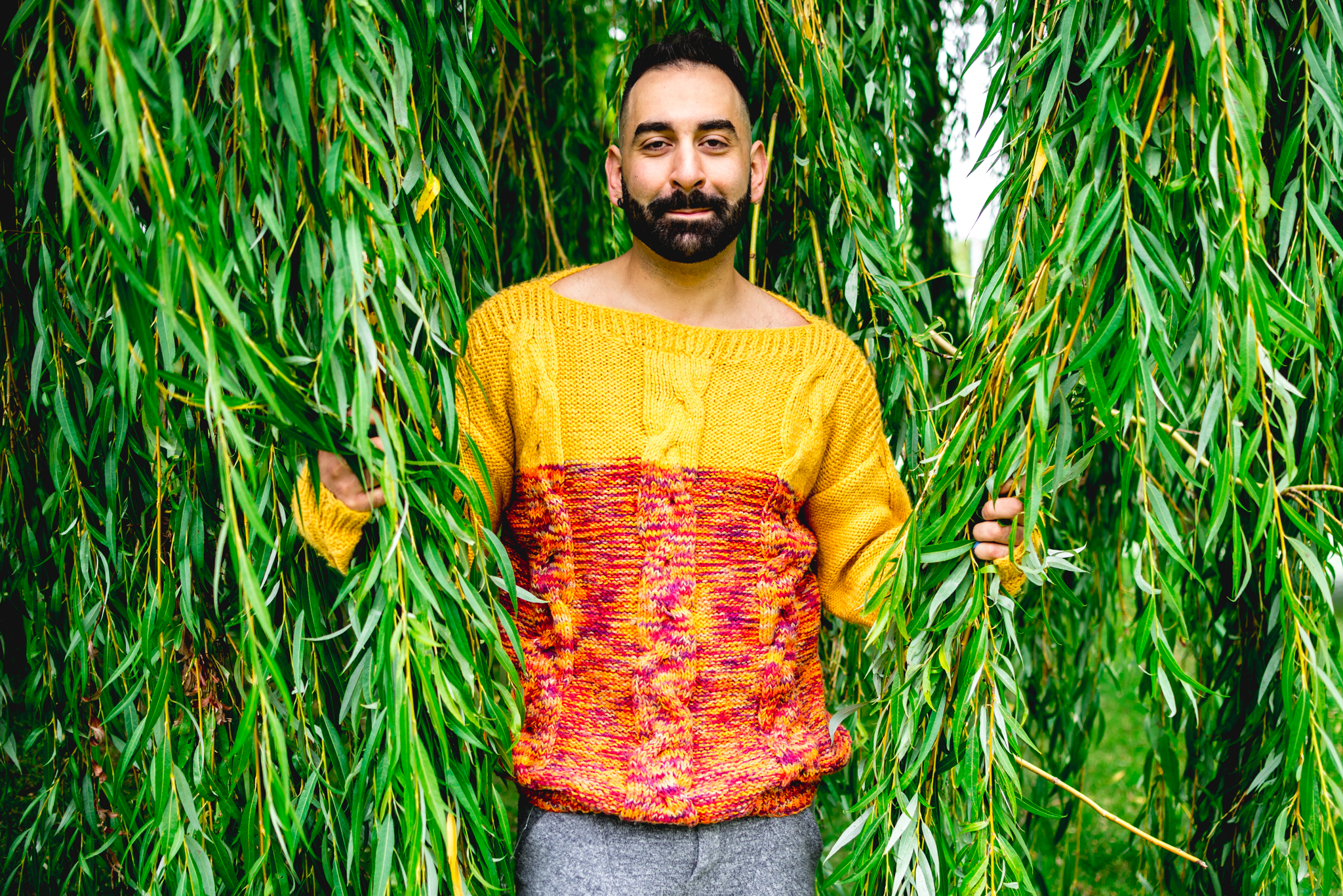 One of the problems with shooting in the Netherlands is that it’s such a small and compact country with loads of big cities all relatively close to each other and well-connected. So when I made the original call for participants for the issue, I got replies from guys well beyond Amsterdam, including Rotterdam, Utrecht, Maastricht, etc. There are so many lovely places to visit in the Netherlands apart from Amsterdam, but this wasn’t their moment, so I had to politely decline most of these requests. However, George only ever told me that he lived in “a village outside Amsterdam”, which I assumed wouldn’t be too far. In the end it took me about two hours to reach his place from Amsterdam though. Of course it was still worth it, especially because the story he contributed was particularly compelling, but if he told me exactly how far he was, I probably wouldn’t have had the chance to meet George, and to introduce him to you. 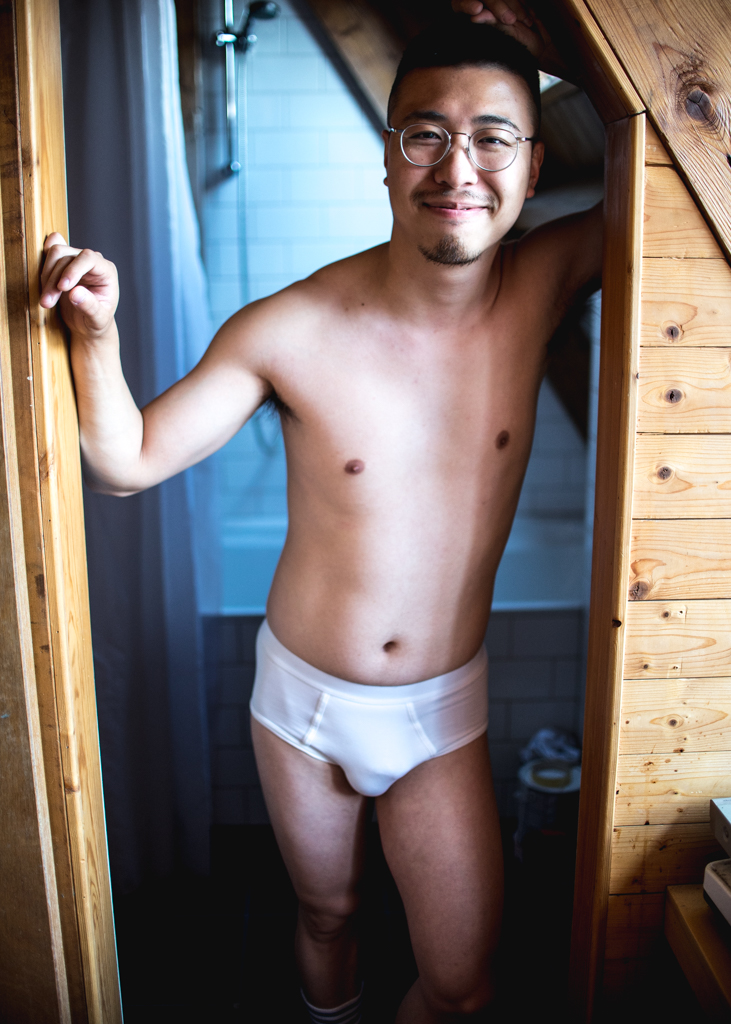 Amsterdam is definitely one of the gayest cities in the world – I always like to reiterate the fact that the Netherlands was the first country to adopt marriage equality, way back in 2001 (that’s fourteen years before the USA did it). That’s probably why so many queer people all over the world end up living there. Qian was originally from China but came to Amsterdam in part to live his gayest life. There is also one other really ‘big gay city’ in Europe that competes with Amsterdam, and that’s Berlin. Funnily enough, only a week before this issue was published I found out that Qian decided to leave Amsterdam and move to Berlin. 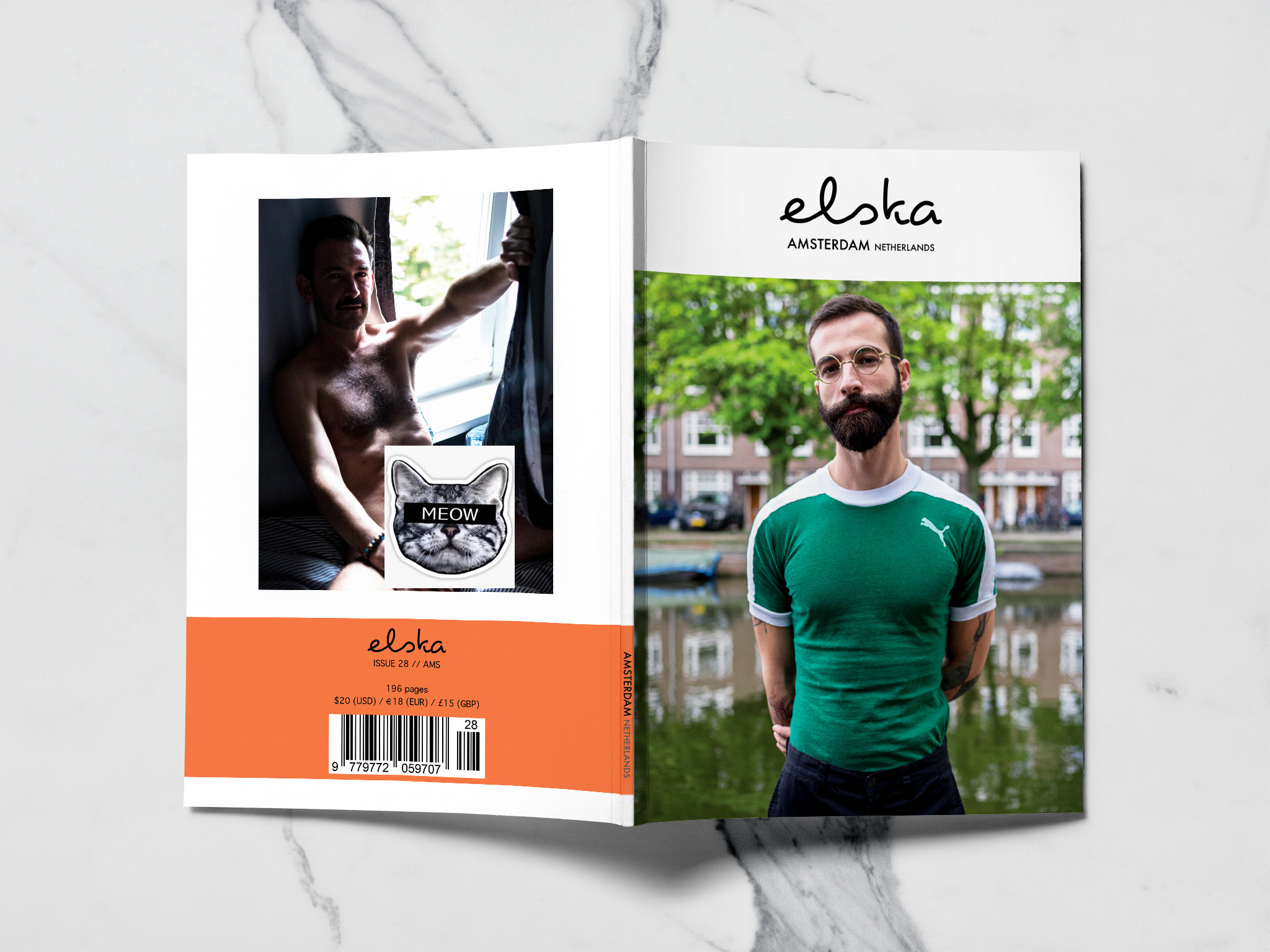 Elska Amsterdam is now in a limited edition print version and in an e-version. A behind-the-scenes companion zine called Elska Ekstra Amsterdam is also available.