Pride parties, Halloween costumes, and celebrities: 2019 was a year filled with excitement, celebrations, and a bit of drama. Here are the most popular topics on GayCities of each month during the past year:

There are many disagreements about who qualifies as a “bear,” particularly the question: how big—muscle, fat, or a combination of both—does a guy have to be to qualify as a bear? But one thing that can be agreed on: Beef Dip Puerto Vallarta, every January, is among the best bear parties of the year. Here are some more photos of Beef Dip 2019.

A post shared by Pride Fort Lauderdale (@pridefortlauderdale) on Jan 5, 2018 at 4:22am PST

Fort Lauderdale has two pride celebrations, a result of the original committee disagreeing on the ideal date—so they split up into two groups, and planned their own celebrations accordingly.

Pride Fort Lauderdale, which always planned their festival in Spring, got a big boost in 2019 when they moved their event from a convention center to the Fort Lauderdale Beach, resulting in a big, open space with one of the most beautiful backdrops on Earth. The move paid off: this new Pride Fort Lauderdale was so popular, it was chosen as the host of Pride of The Americas 2020. Check out more photos of gay Fort Lauderdale here. 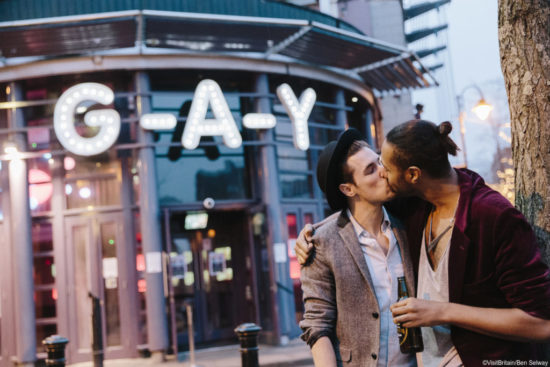 Travel to the United Kingdom was a hot topic in 2019, as London is always a top destination, and cities like Manchester and Birmingham finding a spotlight as fun destinations with thriving cultural and nightlife attractions.

Later in the year, in December 2019, the charming little island—technically known as a “fife”—of Sark legalized marriage equality. 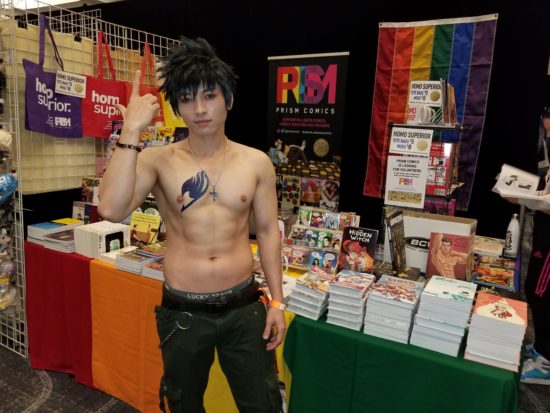 The Yaoi Expo in Burbank, Calif., is an annual gathering each April, which celebrates all things yaoi, a sub-genre of Japanese anime that features romantic trysts between young men. Yaoi is hugely popular in Japan, with gay male and also straight female fans.

Cosplay was also a hot topic in 2019, including our trip to Wondercon in LA where we did some research on hot homoerotic heroes in their cosplay finery.

Memorial Day weekend is generally regarded as the start of the summer season, which means it is the official start to Speedo season in places like Fire Island, Saugatuck/Douglas, and Provincetown.

In the South, Memorial Weekend Pensacola (photo above) brings in thousands of visitors, who set up tents on the sand to party during the day, and then dance late into the night.  Pensacola Beach, in an area known as the “Redneck Riviera,” is one of the most beautiful beaches in the world, with unique emerald green water and sand that is as soft as powdered sugar. Click here for info about Memorial Weekend Pensacola in 2020. 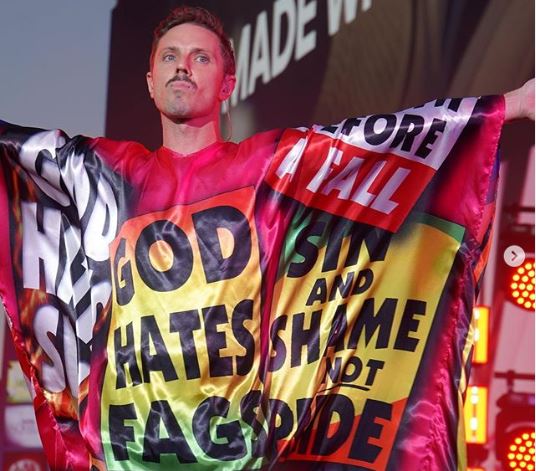 June 2019 was the 50th Anniversary of the Stonewall riots, and the city of New York hosted a massive pride celebration with millions of participants marching and dancing in the streets. The historical significance, like the celebration itself, was epic.

Jake Shears, singer/songwriter with the former Scissor Sisters, performed at the final concert in Times Square (which, ironically, was not crowded because people were still marching—the parade was 12 hours long!), and he spoke with GayCities about how he felt performing at Stonewall 50, his family, and his friendship with Elton John. It was one of the most-read stories of the year on our site, and it is a fascinating interview.

This 50th Anniversary of Stonewall was also marked by protests around the world, including the pride parade in Kiev, Ukraine (photo above) that was heavily guarded by police in riot gear. For more photos, check out these photos of pride celebrations from around the world. 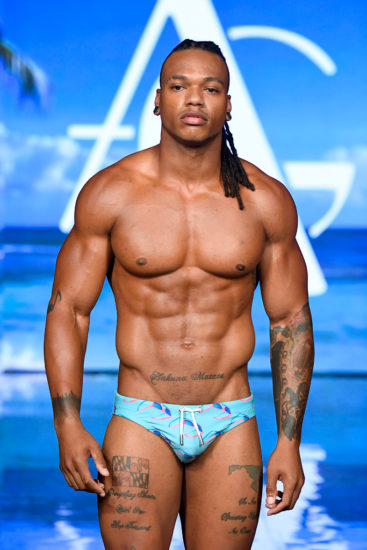 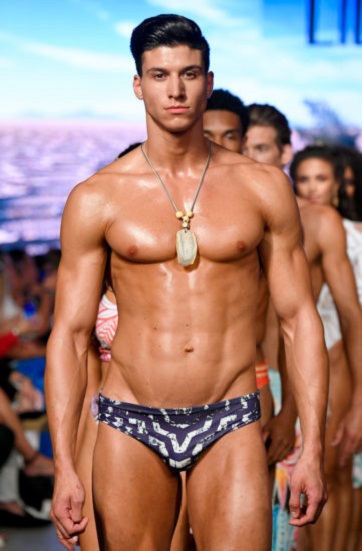 July in Miami is very hot, and that includes the runways of Miami Swim Week, the annual extravaganza of swimwear fashion shows. Designers like CA-RIO-CA Sunga, Bagdley Mischka, and Argyle Grant (above) demonstrated there are countless ways to sew a Speedo, and a parade of gorgeous models displayed the trends for the upcoming year. Apparently the top trend for the year was “gorgeous men who work out.”

When we posted our collection of Miami Swim Week photos, it was so popular with readers, we did a second post.

The “gay cruise” industry is bigger than ever, with tens of thousands of people setting sail each year on ships on ships around the world. Atlantis Events, which also owns RSVP Vacations, has controlled most of the gay cruise market for many years, but in 2019 a new company, VACAYA, made headlines with plans for shaking up the industry. VACAYA launched with an inaugural cruise throughout Canada and New England, including an overnight stop in Provincetown, and guests onboard were treated to shows with Katharine McPhee (above), who was on the ship with her husband, songwriting legend David Foster, and he joined her on stage for a few songs.

There are leather parties, and then there is the Folsom Street Fair in San Francisco. Folsom is the event of the year for people into leather, kink, and fetish lifestyles, and there is lots of debauchery in the streets during the event, including public floggings and bondage demonstrations. Over 250,000 attendees participated in Folsom 2019, and anyone who doesn’t like it can just go someplace else. This is what makes San Francisco great.

Halloween is a big holiday in the gay and trans world, and for better or for worse, it is an excuse to take any costume concept and make it “sexy”—as is shown in this post of sexy gay Halloween costumes.

The Black Tie Dinner in Dallas is the largest fundraising gala in the U.S. for gay and trans causes, having raised over $1.4 million in 2019, and the keynote speaker for the event was the indominable Billy Porter. The Emmy and Tony winning actor delivered a barnburner speech, as is shown in the brief clips above, about his life and career, and called upon everyone to look inside themselves to find inspiration to continue the fight for equality. Also at the gala were country singer Mickey Guyton, and Lance Bass who will sit down at your table but not say anything to you.

The Best of GayCities 2019 winners, as voted by our readers, included Blacks Beach in San Diego, as the winner for “Fun In The Sun,” the best gay beaches. Blacks Beach is a beautiful place, with a wide sandbar that is backed by towering cliffs, and it is especially popular for being clothing optional. Although it should be noted, like California’s other famous clothing-optional spots like the private gay beach at San Gregorio, it can be a challenge to get there, with a long descent down a cliffside trail (as is shown in the photo above)—and back up again to leave, of course.

Sunbathing “au naturel” is a popular topic on GayCities, and here is a well-read story about where to find the Top 10 most popular gay nude beaches.