Is there a ski town in America that’s cuter than Park City?

With quaint chalet-like hotels and luxury slopeside mansions, it’s a Swiss painting come to life. The food scene, from brew pubs and bistros to fine dining from Michelin-starred chefs, is a snowbird’s dream destination.

Best of all: With the Park City and Canyons resorts now combined for the price of a single lift-ticket, there’s an eye-popping 7300 skiable acres for even the most diehard powder hound to conquer. 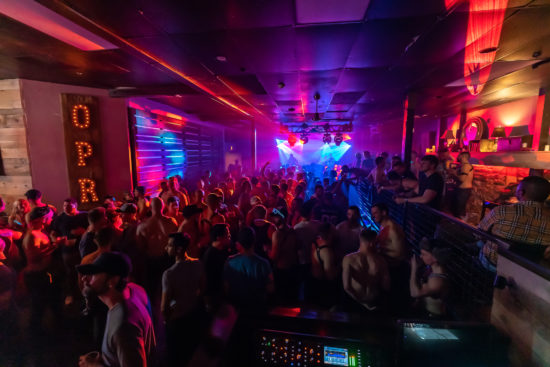 Perhaps it’s no surprise then that ELEVATION Utah, the state’s only gay ski week, has become a runaway success. The brainchild of promoter Tom Whitman, ELEVATION Utah consistently lands on top 10 lists, not just for gay ski weeks in America, but for gay ski weeks in the world. This year, Whitman is expecting upwards of 1500 sexy ski hunties and boarder bunnies to descend on Park City, 30 miles east of Salt Lake, transforming the artsy enclave into a gay paradise for five sparkling days.

This year marks the 10th anniversary of Utah’s premiere gay ski event, so it promises to be the biggest and best yet. “I’m super excited about ELEVATION Utah 2020,” says Whitman, “and not just because our 10th anniversary is a good excuse to shake things up a bit. It’s amazing because so many people who attend have been coming to the Elevation events for 5, 10 or even 15 years. They come to celebrate not only our community, but also snow sports and these amazing destinations—there’s nothing better.” 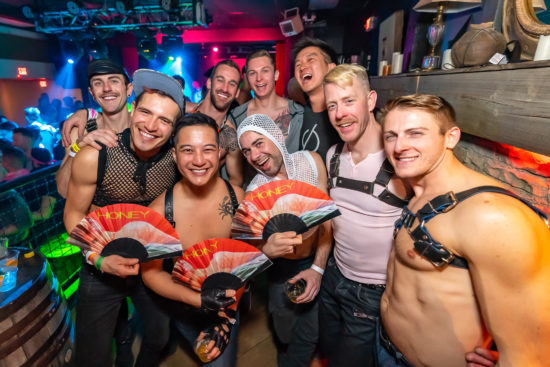 For the first time, ELEVATION Utah is adding a 5th day to the schedule of events so you can live your fireside fantasy for just a little bit longer. The roster of always-amazing DJs such as Dawna Montell, DJ Blacklow and London-based Adam Turner has grown to make room for some serious heavy hitters. DJ Grind joins the ELEVATION family for the first time, playing the already-infamous Gear party, which has become a fanfavorite—from sports gear to snow gear to leather gear (let’s be honest, mostly leather gear), bring whatever makes you feel sexy. It’s the big blowout end-of-week extravaganza, a warehouse-style getdown at O.P. Rockwell to let your freak flag fly and dance until your quads give out.

If you missed ELEVATION Tremblant (definitely worth checking out next year!), or you just want another taste of that ELEVATION magic, ELEVATION Utah is perfectly timed to beat back the winter doldrums. Set February 26th to March 1st, you’ll have a few weeks to recover before heading to Mammoth at the end of the month.

The Daddy of ELEVATION events, Mammoth closes out the season with an expected 3,000 attendees over the March 18-22nd weekend.
Whitman says it’s ELEVATION’s reputation for “altitude without attitude” that makes these events bigger and better every year: “We encourage everyone to be friendly, to introduce yourself to new people. Every year people return because of the friends they’ve made and the connections they’ve forged.”