So much of what’s good and gay and gorgeous in this world comes to us from Canada: Icon Ellen Page, Goddess Carly Rae Jepsen, Instastuds , maple-flavored-everything, and now, in its second year, ELEVATION Tremblant.

So if you’re in a funk mourning the untimely demise of speedo season, just use this as an excuse to put some “thot” into your winter wardrobe. Trade your shades for goggles, your kaftans for powder pants, and start planning a trip to pow town with all your board bros and slope sisters. Don we now our gay apparel, bitches! Never been skiing in Canada? Well, that absurdly high-pitched voice in your head is Idina Menzel telling you to woman up and head into the unknown. 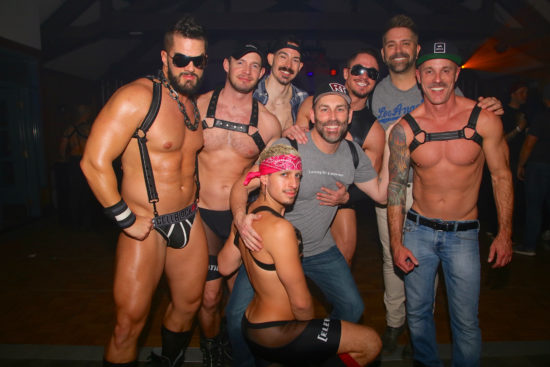 Building on the success of ELEVATION Mammoth (now in its 18th year) and ELEVATION Utah (now in it’s 10th), 2-year-old ELEVATION Tremblant is the Baby Yoda of the bunch, and that may be why it’s stolen our hearts. Tremblant is already getting a reputation for mixing Tom Whitman’s trademark brand of must-haves (the fun and flirty Onesie Apres Ski, the naughty Gear Party, photo above), with a Québécois sense of adventure. After last year’s success, it’s sure to become an annual tradition for a whole new bevy of EastCoast beauties and cocksure Canadians, not to mention a few ELEVATION superfans from the Left Coast.

There will of course be a plenty of hot guys and hot tubs to keep you occupied, but the real draw here is the mountain itself. “Tremblant is always ranked the #1 ski resort on the East Coast,” says Whitman, “and the Village in Tremblant is the picture-perfect location for an Elevation event.” When you’re done shredding the slopes you’ll be partying into the night with world famous DJs like London DJ Adam Turner, returning to Tremblant for his second season of ELEVATION.

And how’s this for a list of off-trail activities you aren’t likely to find at many other gay ski soirees: dogsledding, winter dune buggies, ice fishing, zip lining, ice fishing, Scandinavian baths, did we mention ice fishing?

If you haven’t been to an ELEVATION event, you can rest assured you’re in good hands with Tom Whitman. Almost 2 decades ago, he started this whole thing to create an alternative to the gay party scene, bringing a low-drama gaggle of gays into the great outdoors. Now, after almost two decades of warming up cold bodies with hot toddies, ELEVATION has become the largest collection of gay ski weeks on the planet. 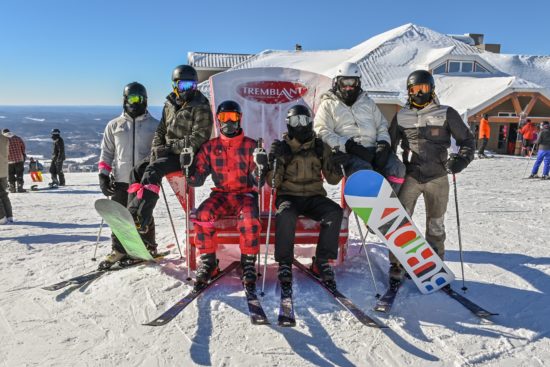 So if you want to join the elite bastion of snowmos who complete the triple crown of gay ski this year, mark your calendars for the two other ELEVATION events as well!

The anniversary blowout for the 10th annual ELEVATION Utah takes place Feb 26th to March 1st, giving you four weeks to recover from your Canadian Kiki before heading to Park City, home to the best snow in the world and over7300 skiable acres.

Gay ski season closes out with the Daddy that started it all: ELEVATION Mammoth, March 18-22. With snow already blanketing the mountain, they’re expecting a record 3,000 guys and gals to take over the little town of Mammoth Lakes. 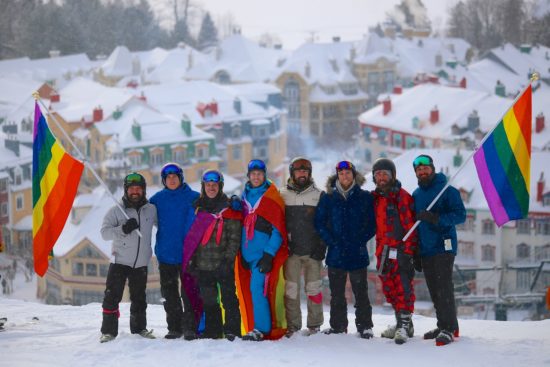 Whitman says he owes the success of ELEVATION to the kinds of people it attracts: “We encourage everyone to be friendly, to introduce yourself to newpeople. Every year people return because of the friends they’ve made and the connections they’ve forged.” Whitman says an ELEVATION crowd is feisty, fun, and most of all friendly. “They aren’t just checking their clothes at the door for the Gear Party, their checking their attitudes too.”

Altitude without attitude…in the nude? Sounds like a great ski season to us.

See you on the slopes!

ELEVATION Utah turns 10, and it’s throwing a ski week party for the ages

Our favorite celebrity same-sex weddings and where they married

Paige Turner on 2020 pride season: “It’s even more important to stand together”