Daylesford is in southern Australia, 70 miles northwest of Melbourne, and has become a haven for same-sex couples who moved in to escape big city life. The town hosts various gay-themed events, including “NakedMan” retreats, and the annual Beartopia party:

A post shared by ChillOut Festival (@chilloutfestival_daylesford) on Mar 9, 2018 at 4:15am PST

Approximately the size of Provincetown, Mass., with only a few thousand residents, Daylesford is in an area with natural hot springs (and spas, of course), as well as many lovely wineries. Perhaps visitors would enjoy a visit to Sault Restaurant, in the middle of this gorgeous lavender farm: 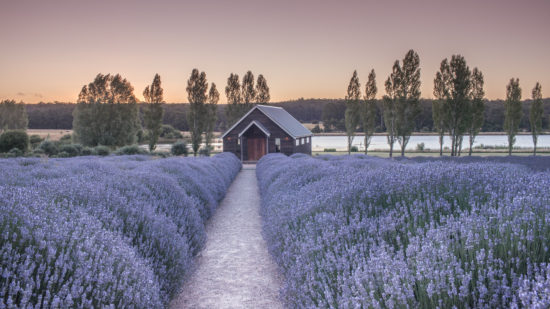 Tens of thousands of visitors attend the ChillOut Festival each year, making it one of Australia’s most popular pride celebrations, but Daylesford is not well-known outside of Australia. However, if the festival’s organizers succeed in setting the world record for the “world’s largest human rainbow,” it would certainly introduce the region to international gay and trans vacationers.

The big rainbow attempt is scheduled for Saturday, March 7, which is one week after Australia’s biggest pride event, Sydney Mardi Gras.

The current record for the world’s largest human rainbow is held by Polytechnic University of the Philippines, where 30,365 participants wore rainbow-colored shirts to commemorate the university’s centennial anniversary (photo at top of story).
⁠
Registration required via Eventbrite.