We here at Q Digital (the parent company of GayCities, Queerty, and LGBTQNation) were invited to visit Pigeon Forge, Tenn., to interview the Dolly Parton about her Netflix series, Heartstrings, and she was as delightful as we had dreamed she would be. But we were surprised by the town of Pigeon Forge, and the mountains of eastern Tennessee, the area of Parton’s hometown and where she built her Dollywood theme park and resort. It was beautiful!

We wanted to take a moment to share our top 5 reasons why Dollywood is worth a visit:

Go figure that Pigeon Forge—the place that produced Dolly Parton, country music legend—would have some of the most beautiful landscapes in the nation. The rolling hills give character to the land, with thick forests covering it with lush colors, particularly in the fall as the leaves turn. It’s not unusual to see wildlife like bears (no, not those kind of bears) roaming the countryside in the mists of early morning. Talk about a beautiful, tranquil way to start the day.

It’s crazy to think of a musician building her own theme park, but Dolly Parton managed to do what even the Beatles couldn’t. In 1986, Parton opened Dollywood to help boost the local economy in eastern Tennessee, which was one of the poorest countries in the U.S. The area has sprung back to life, as visitors come for Parton’s theme park and are treated to the bonus of the surrounding Great Smoky Mountains. Even better: Dollywood is far cheaper to attend than other major theme parks—looking at you, theme parks in Orlando.

Dollywood also hosts local artisans, who make everything from strawberry jelly to leather goods to pottery. Rather than taking home some plastic bits made overseas, Dollywood offers handmade souvenirs, the proceeds of which benefit American craftsfolk. 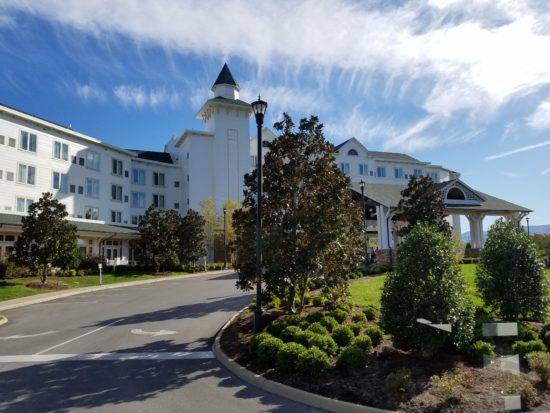 Not one to be one-upped by Disney or Universal, Dollywood features the luxurious DreamMore Resort Hotel, a country-style lodge to fit with the theming of the park. The DreamMore features indoor and outdoor pools, a kids’ center, fire pits, a Jacuzzi and plenty of Ms. Parton’s memorabilia on display.

Rooms feature two queens or a king bed with bunk beds for families…or for anyone who enjoys the fusion of camping with deluxe accommodations. Dolly keeps a suite of her own on the premises where she’ll often stay when performing in the park, or just hanging out around her hometown. 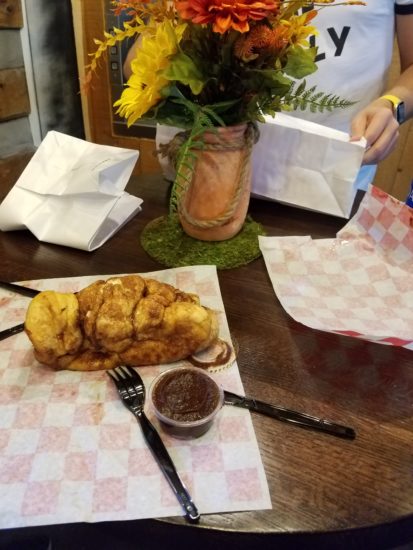 The southern-style food served around Pigeon Forge is one of the highlights of the area, with no shortage of delicious dishes. Our favorite: the cinnamon bread, served at Dollywood and the DreamMore resort. Bakers infuse a full-sized loaf of bread with cinnamon and sugar for taste not unlike a cinnamon roll, and loaves come with either a dish of buttercream frosting or apple butter to add to the taste. It’s down-homed decadence at its best.

Rural Tennessee might not seem like the queer-friendliest of all places. That said, we were amazed at the number of employees that walked over and asked our names, where we were from, and how we enjoyed our stay. Some even joked about needing more queer people in their lives, or what we were doing later that evening. Ahem. The citizens of Pigeon Forge take a real pride in their community appearance, and in their hospitality.