The photos for this article were shot in Pittsburgh, Pennsylvania. 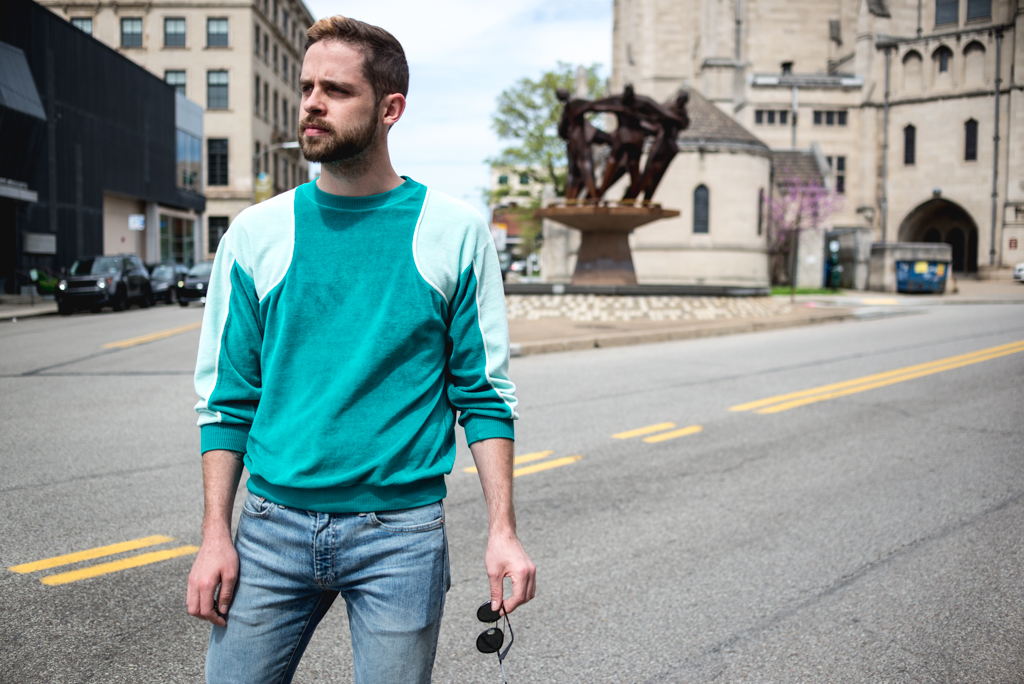 I had the good fortune to be staying at the city’s best property, Ace Hotel Pittsburgh, for my week of photoshoots. But when I arrived, rather than being able to check in and relax for a while, I found my first model waiting in the hotel lobby. I wondered why he was so early for our shoot, but I decided to be polite and apologised as if I was late. It turned out he worked at the hotel – what a coincidence! Actually I wish I could have included each of the staff at the hotel in my project – they were all so gorgeous and seemed like the type of people who probably would have agreed. Maybe next time. 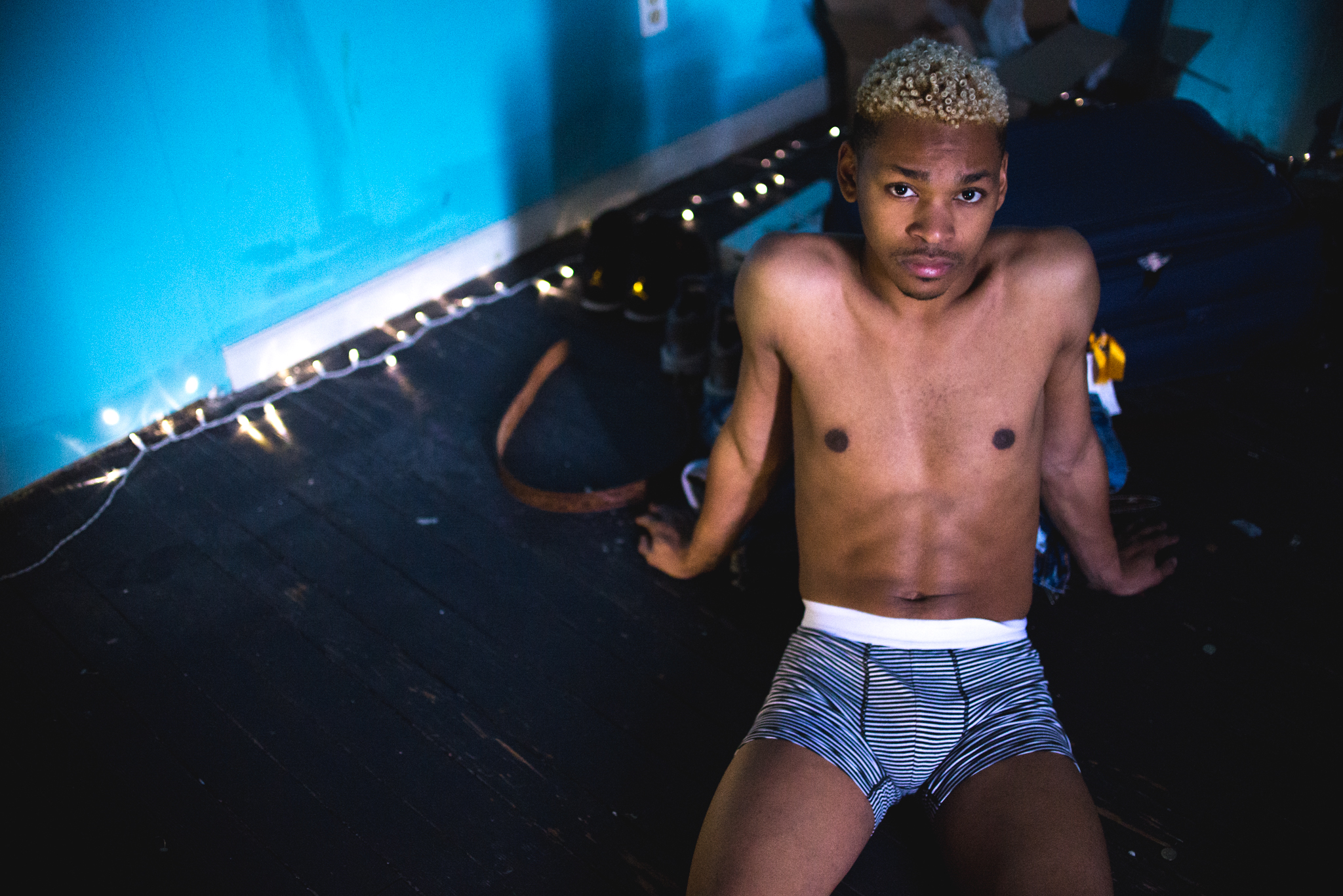 Indigo was unfortunately victim to some awful weather. That meant that our plans to shoot by the Andy Warhol Bridge and into the city centre to near his namesake museum were spoiled. Instead we did most of our shots at his place and then knocked a few pics out in the rain before he got soaked. Fortunately Indigo was somehow able to not look too miserable (Pittsburghers are quite used to rain), and one of our quick rainy shots ended up being selected as our cover image. 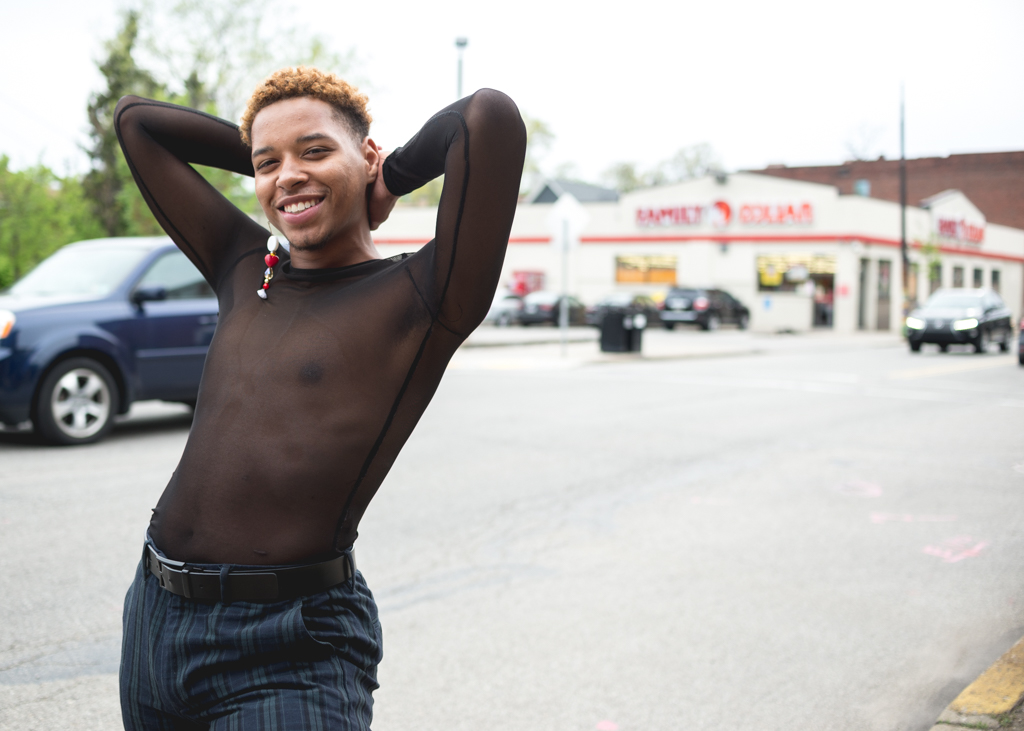 One of the best and funniest memories I have of doing the Pittsburgh shoots was with Christian. I remember arriving to his house and instantly thinking I had the wrong address when a rather intimidating lady answered the door. It turned out to his mum though, and she invited me inside where I then met another woman, who was Christian’s other mother. While he was upstairs putting some clothes together for our shoot, I had to wait downstairs and deal with a barrage of questions from two rather protective mums as if I was being grilled before a blind date. Soon enough Indigo was ready and we got to work, but the whole time I kept thinking, ‘What will his mums think of these pics? Will they approve?’ I like to think that they’ll be proud, I certainly am. Though they might not love this particular photo, with a Family Dollar shop opposite and a car photoboming the scene. Even though it’s not technically a great photo, I love it ‘cos Christian looks great and he’s really showing his personality. 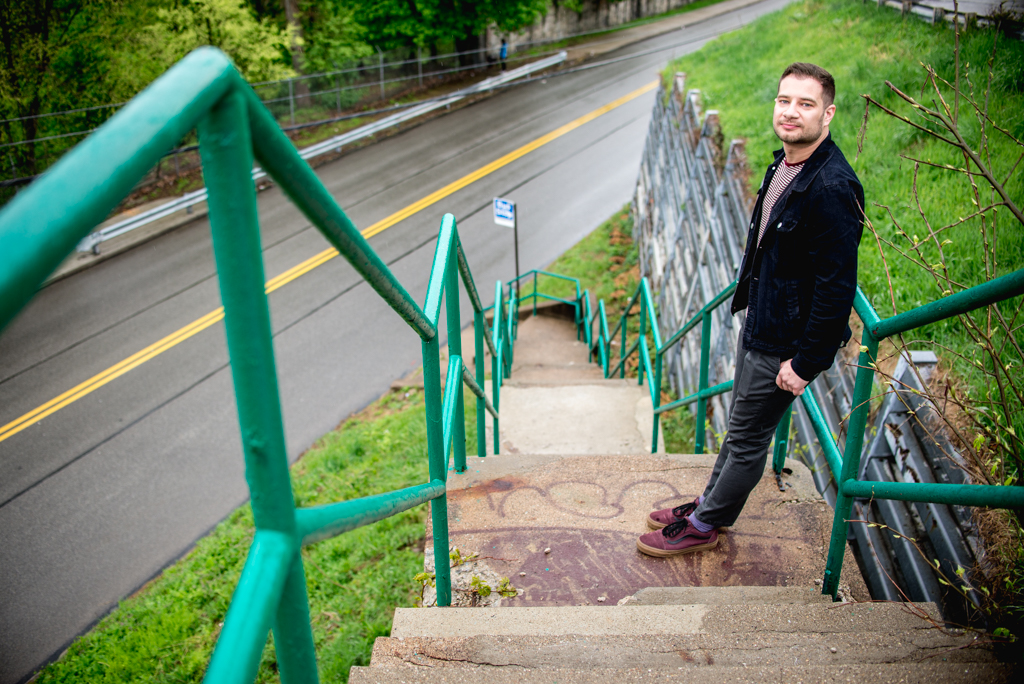 I have to give a shout-out to Ricky for being the main reason why this issue was made at all. I honestly knew little about Pittsburgh but over the years we kept getting DMs and mentions from Elska readers that we should feature ‘Steel City.’ However, it wasn’t until we got a truly passionate email from Ricky that I took proper notice. He explained how Pittsburgh was one of the most up-and-coming, diverse, and welcoming queer cities in the country, which really intrigued me. I then did some research and found it had some legendary nightlife like Honcho and that it was home to some of the most legendary drag queens ever live, such as Sharon Needles and Alaska. I wrote Ricky back and told him that I’d be coming soon and to spread the word. I don’t regret coming at all now – this unknown town became a revelation and it’s thanks to Ricky for convincing me to check it out. 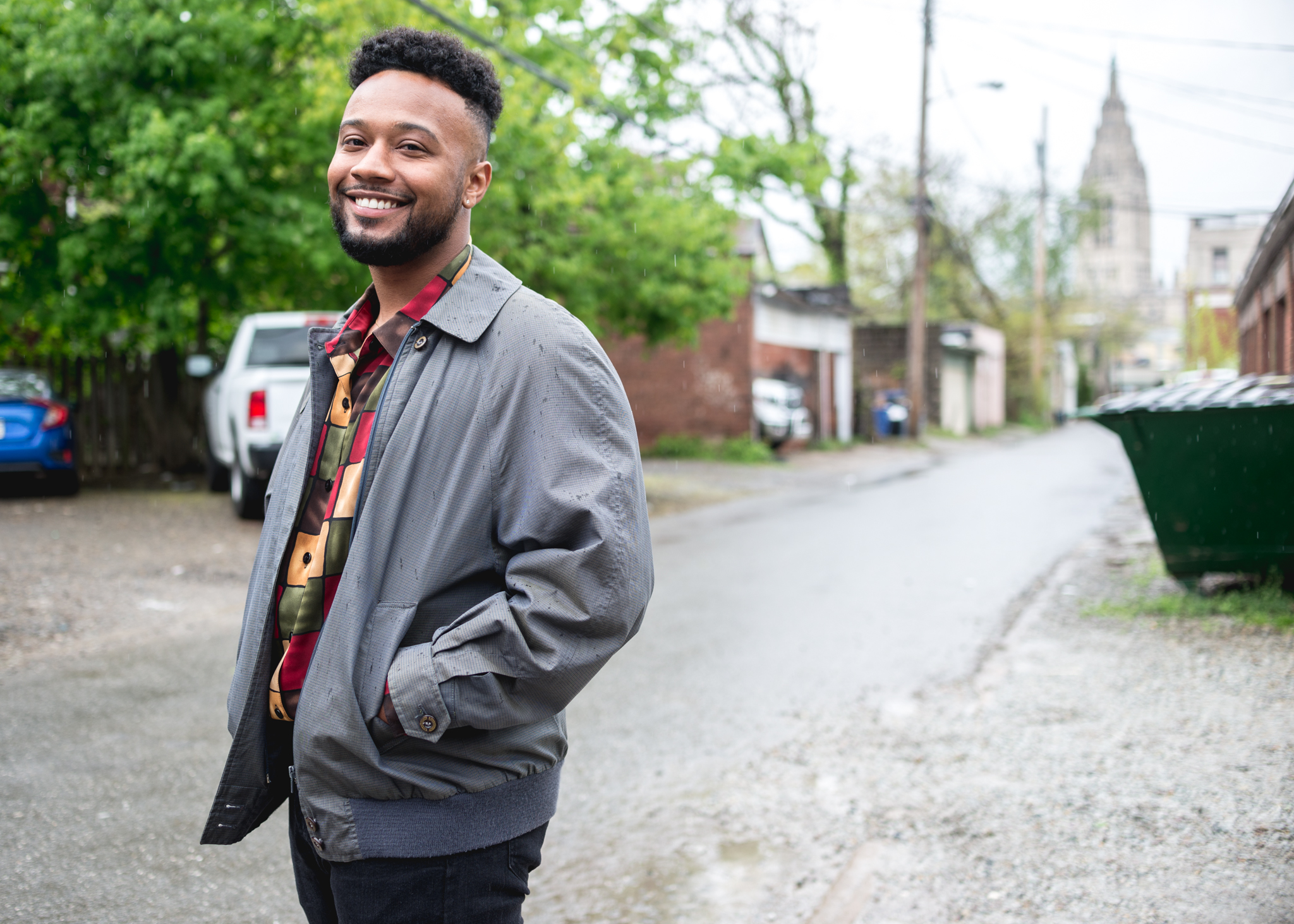 In most cities I go to there’s usually one guy that I inevitably crush on. In Pittsburgh it was Will who made me melt inside and turn super awkward.  When he invited me out after the shoot for a drink or two, I just had to say no. I was too scared that even after one drink I’d be swooning, flirting, and making a complete fool out of myself. So I made an excuse to leave and then kicked myself all evening why I hadn’t agreed to hang out. 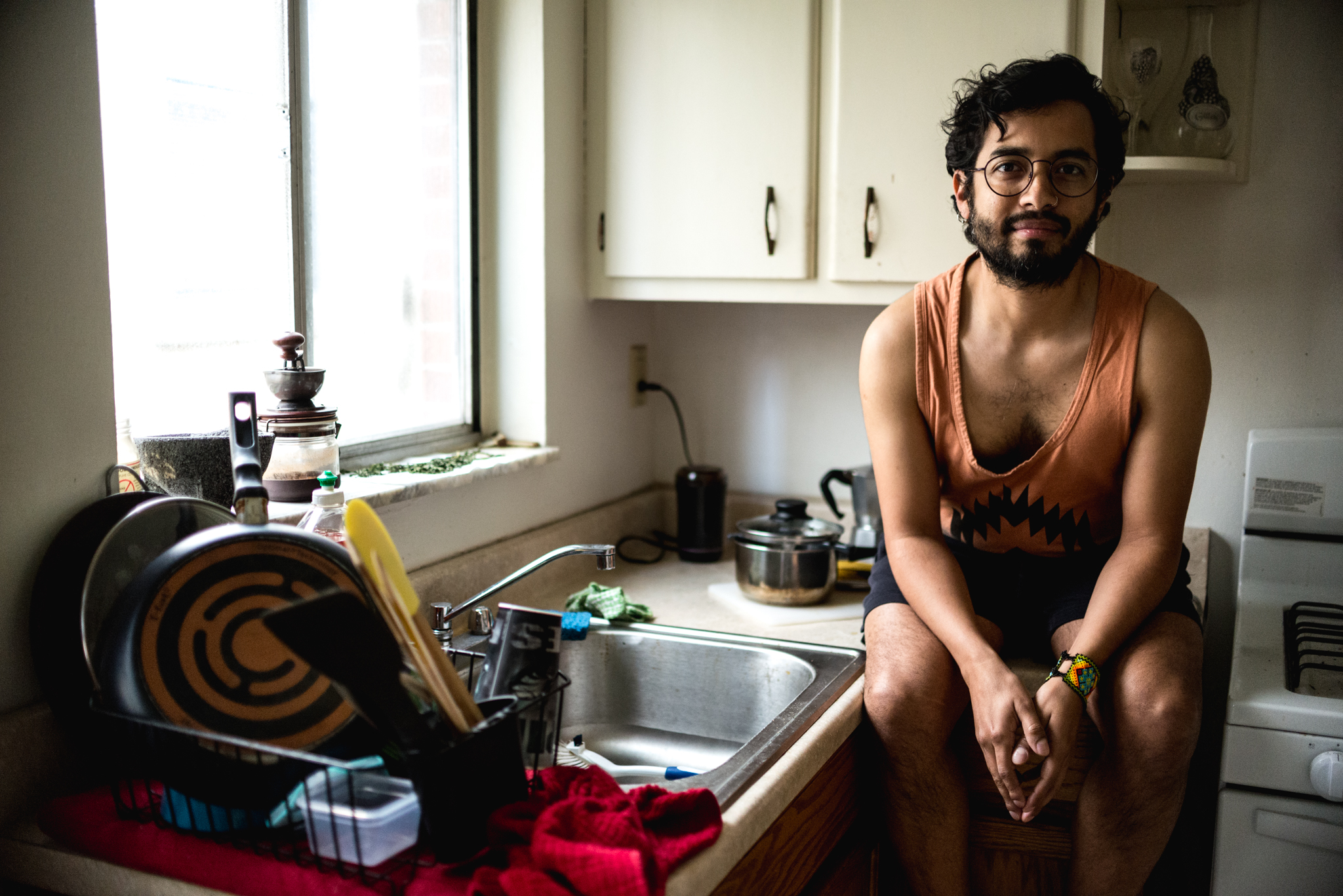 Part of what I found so appealing about Pittsburgh was how at home it made me feel. In a lot of ways it reminded me of like Brooklyn or Shoreditch, but only on the surface. The trouble with a lot of hipster places is that they actually tend to be exclusive, but Pittsburgh felt genuinely welcoming. Eli’s story talked about a typical night at a local bar and how the community generally threw their arms open with curiosity. His story really shattered the dreadful opinion I had that this was just some post-industrial wasteland full of MAGA hat wearing deplorables. I couldn’t have been more wrong and I hope others will find out what a fantastic joy Pittsburgh really is. 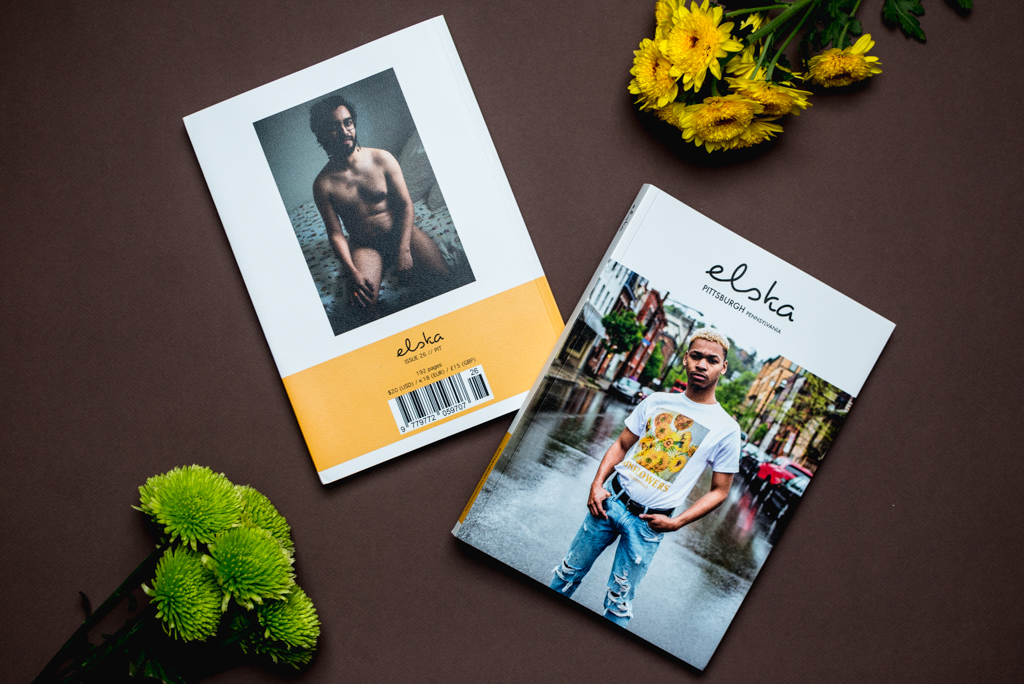 Elska Pittsburgh is out now in a limited edition print version and in an e-version. A behind-the-scenes companion zine called Elska Ekstra Pittsburgh is also available.