Dia de Los Muertos, the Mexican holiday that celebrates the “day of the dead,” is not the Mexican Halloween.

Celebrated at the beginning of November, Dia de los Muertos is an important Mexican tradition, observed as a time to reflect upon memories of deceased relatives, and enjoy life by being with family and friends. Legend has it that on the night of Dia de los Muertos, spirits of the deceased will cross over to the living world, and everyone can party together until the spirits have to return the next day. On the scale of cool holidays, dancing and drinking tequila with the spirits of people you love is a good one.

Americans associate the holiday with Halloween because it is celebrated soon after Oct. 31, and people dress up in costumes with elaborately painted skulls on their faces. But those costumes are the images of “catrinas” (female) and “catrines” (male), skeletons that represent aristocrats from years gone by—reminders that even the rich end up dead, just like everybody else.

Celebrations vary in each region of Mexico, but some of the most lavish parties are in San Miguel de Allende (SMA), a UNESCO heritage site that is approximately 3 hours north of Mexico City. The town’s meticulously preserved architecture, and the gorgeous temperate weather of the Mexican mountains, have made SMA a top destination for visitors to enjoy luxurious hotels, restaurants, and spas. On holidays, as well as weekends, the residents and visitors alike fill the numerous bars and nightclubs, and the town becomes one big party.

During Dia de los Muertos in SMA, a parade marches through the center of  town, as spectators gather to listen to mariachis play music and observe ceremonial demonstrations by indigenous nations:

Altars are placed around the city center, honoring the dead with photos, and are decorated with colorful grains and beans. This altar honors a journalist, who was killed for doing her job. (This would be a good time to mention, SMA is also popular because it is quite safe, as are most areas of Mexico.) 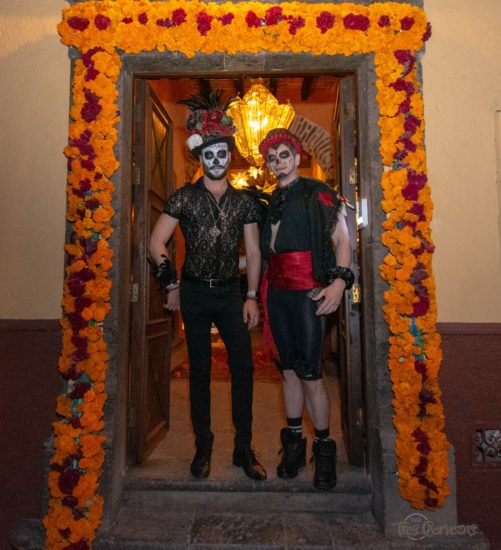 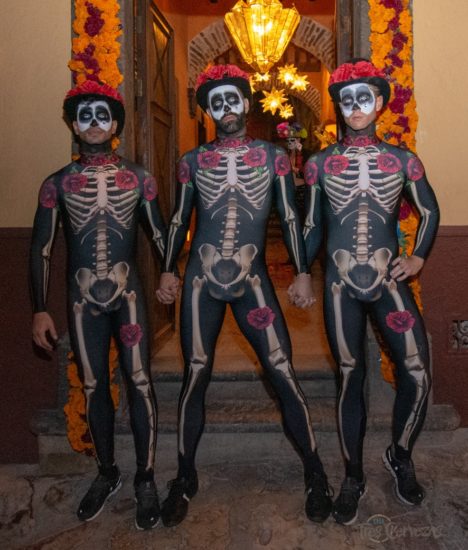 Hotel Matilda, with its famous restaurant and spa, hosted a glam party:

And there were lots of party pics from around town:

Do you have travel photos to share? Email [email protected]