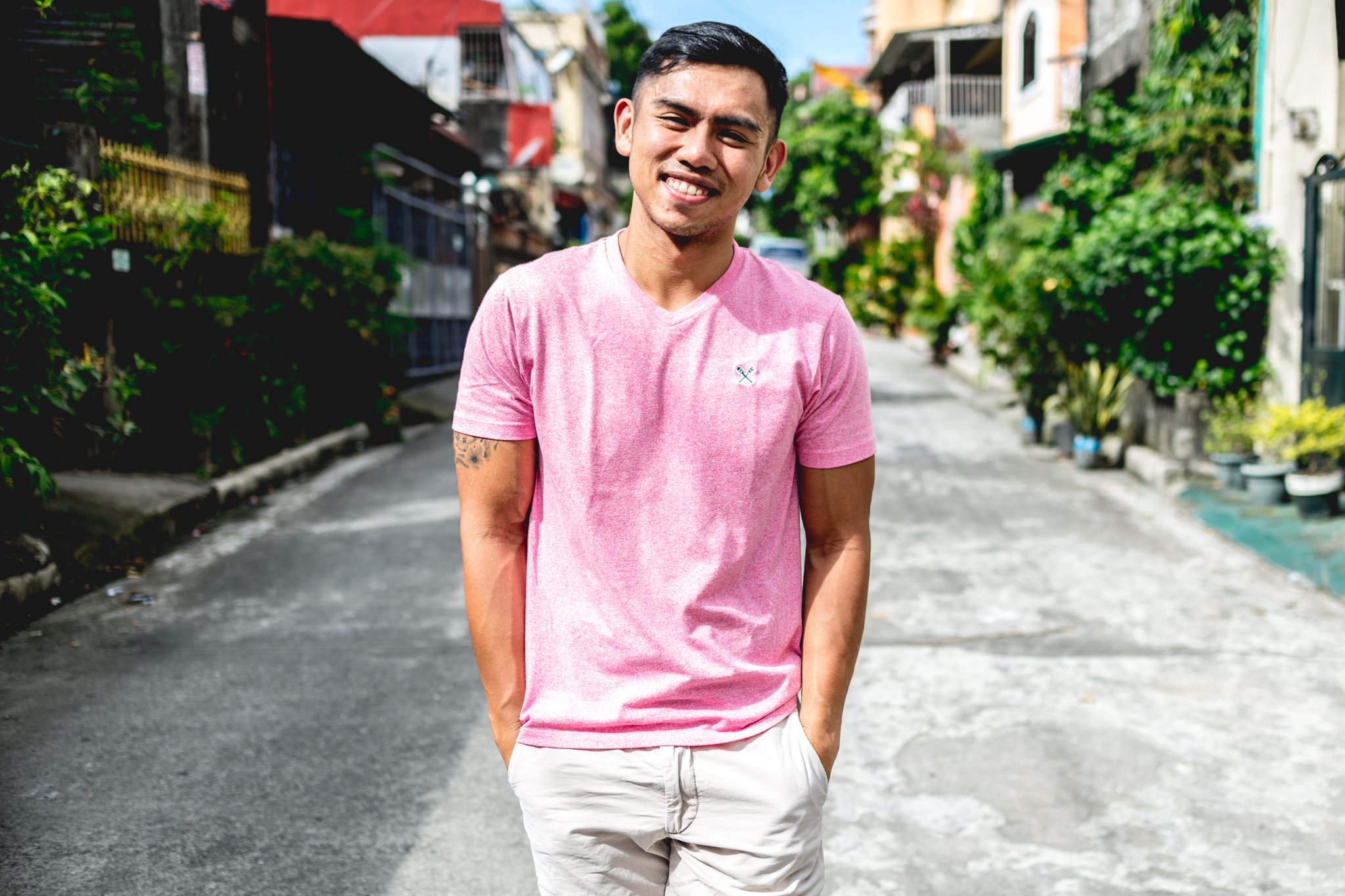 The photos for this article were shot in Manila, Philippines. 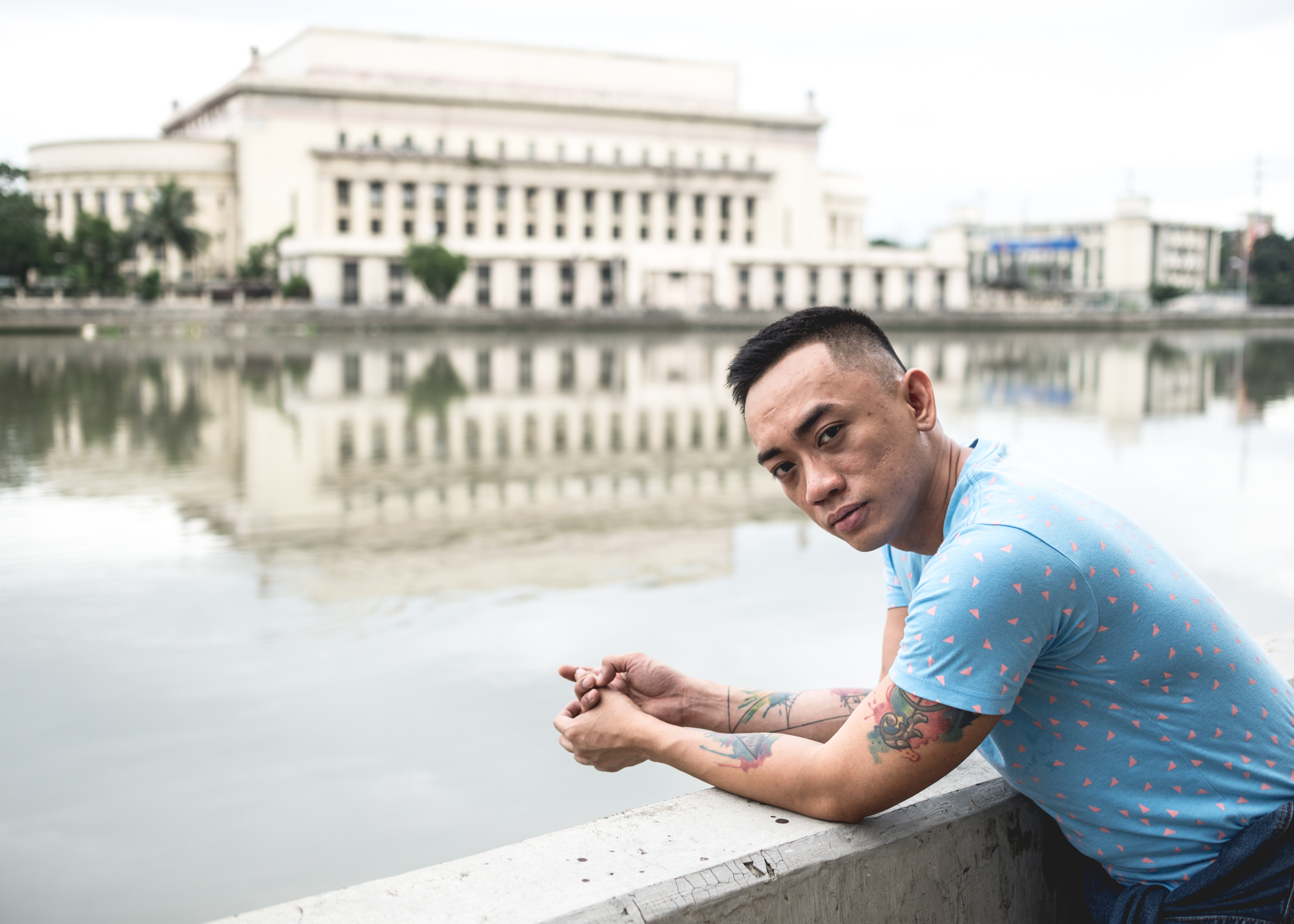 In many ways Manila looks like a typical Southeast Asian megacity, full of towering skyscrapers, gleaming shopping malls, and extremely traffic-filled roads, but one of Manila’s most unique neighbourhoods is its old Spanish colonial district, Intramuros. Unfortunately, shooting here was made impossible by local cops’ constant prowling for anyone with a camera bigger than a mobile phone, insisting on permits. So with that out of the question as a setting, Deej D took me just across the river to Binondo, home to Manila’s historic Chinatown. This was absolutely my favourite part of the city, in part because the traffic was a little calmer here (the streets are just too narrow for many cars) and in part because it evoked scenes from one of Filipino cinema’s greatest and queerest masterpieces, Manila in the Claws of Light. 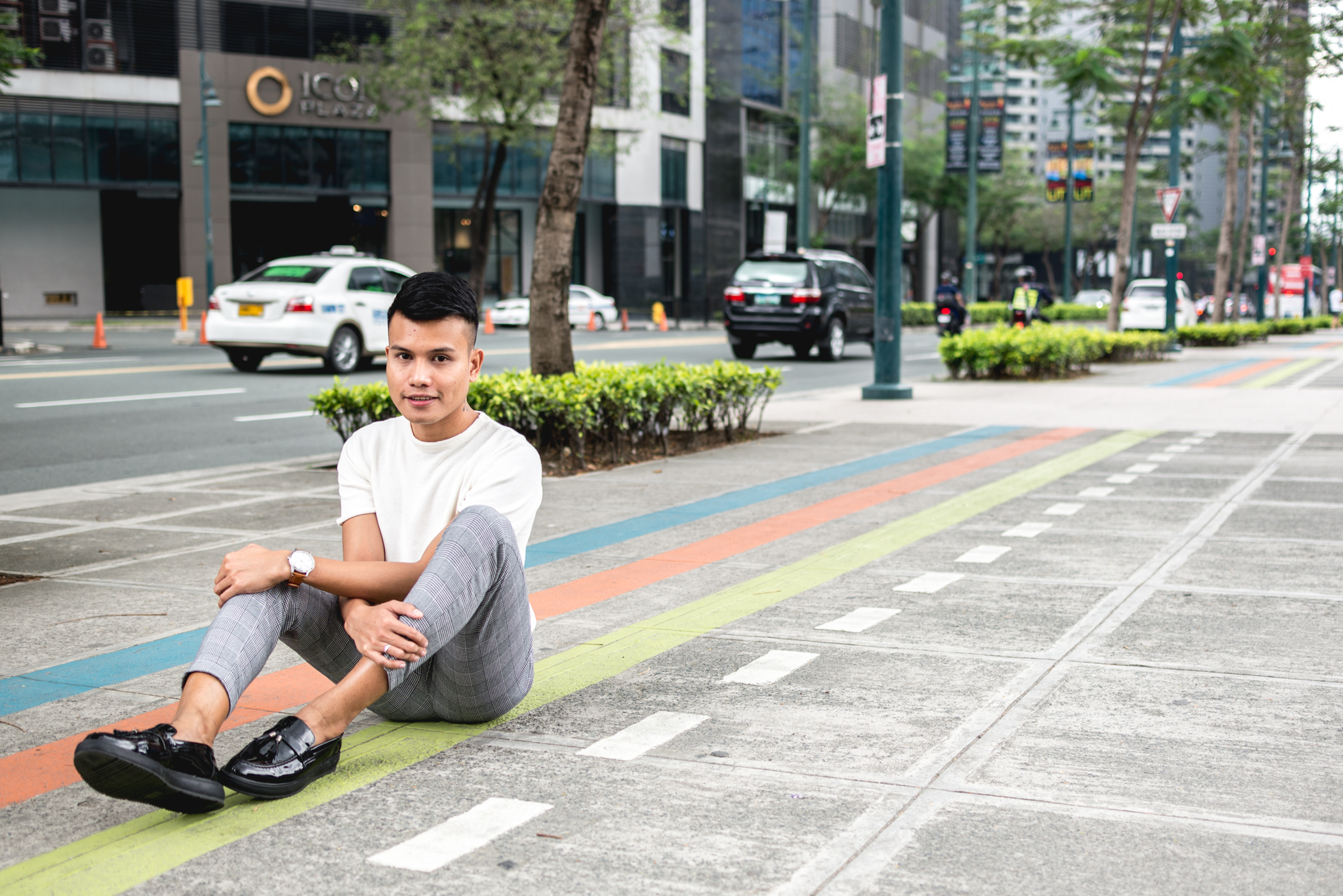 Kind of a polar opposite to the Binondo neighbourhood where Deej took me was the place where Bryill took me – BGC (Bonifacio Global City). This was the brand new, sparkling clean business and shopping district, sort of like London’s Canary Wharf or Paris’s La Défense. Here the streets were wide and surprisingly devoid of traffic, and there were loads of fancy condo buildings and posh restaurants. The look of it really suited Bryill, who unlike the other guys I met, really dressed to impress, with not a single hair out of place and not a crease in sight. At first I was intimidated, but soon I discovered yet again another charming, easy-going, and cheery Manileño. Even if the neighbourhood was a little uptight, Bryill certainly wasn’t. 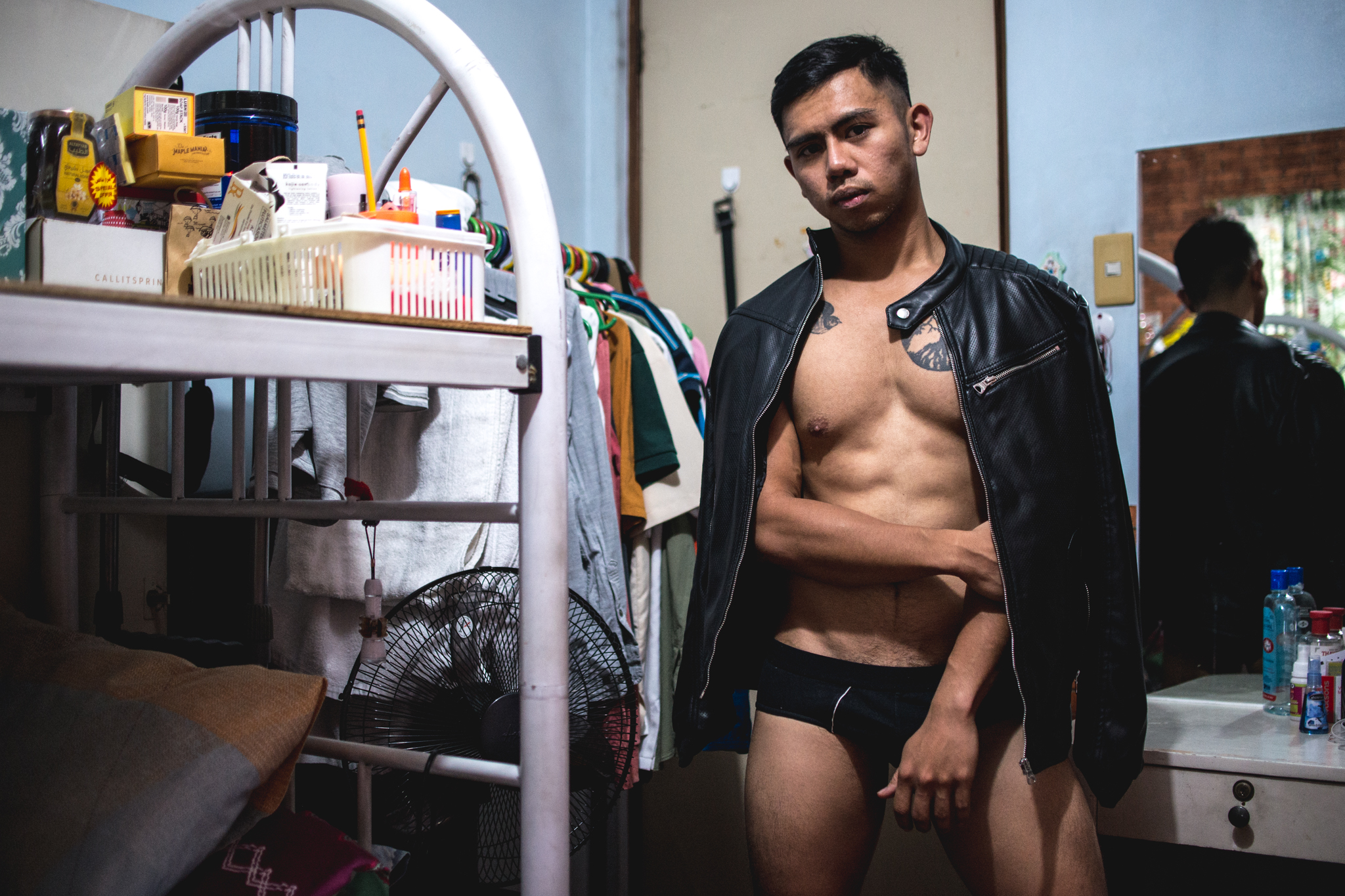 When people talk about Manila, they’re usually referring rather to Metro Manila, which contains several cities and covers quite a large area. The furthest-out shoot I did for the issue was in a place called Novaliches, and actually I didn’t realise how far it was until I met Anton for our shoot. What happened was that he told me to meet him at TriNoMa Mall, which was just on the other side of the river from Manila. It was the sort of monstrous shopping centre that contained literally three Starbucks and two of everything else! I thought we were shooting around here, but what I didn’t realise was that this was only our meeting point. Before I could start shooting, Anton put me on the back of his moped and drove me half an hour further north to his place. That ride, holding on to his waist for dear life as we weaved in and out of traffic was one of the highlights of my trip. If you’re brave enough, I recommend hiring a moped when you visit Manila. I will next time. 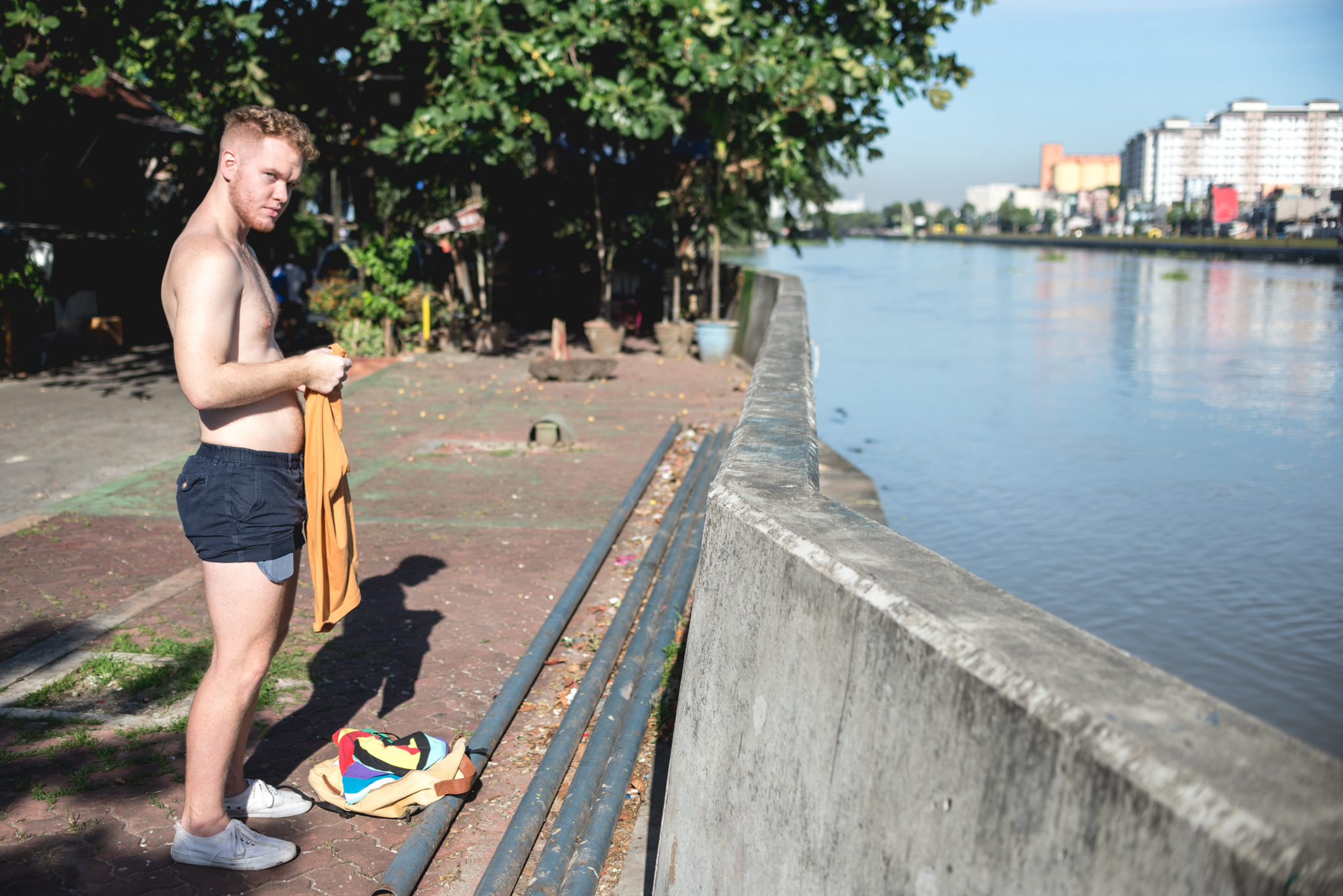 I have to give credit to Elliott for really persuading me to make an issue in Manila at all. Over the years we’ve actually received a lot of requests from Filipinos to feature their city, but for some reason these requests were often so flirtatious that I assumed they weren’t serious about it, and it also kind of embarrassed me. However, after Elliott wrote in to laud his adopted home, I mentioned my embarrassment about the flirting and he laughed, explaining that it’s just a local thing, a sort of fun and happy-go-lucky attitude that is part of why he loves living in the Philippines. After our chat, I decided to contact all those guys who wrote in before, and indeed they were serious and enthusiastic, and still a bit flirty. Next thing I knew, flights were booked and work begun on this twenty-fifth Elska adventure. And soon I was so charmed that I started flirting a bit too! 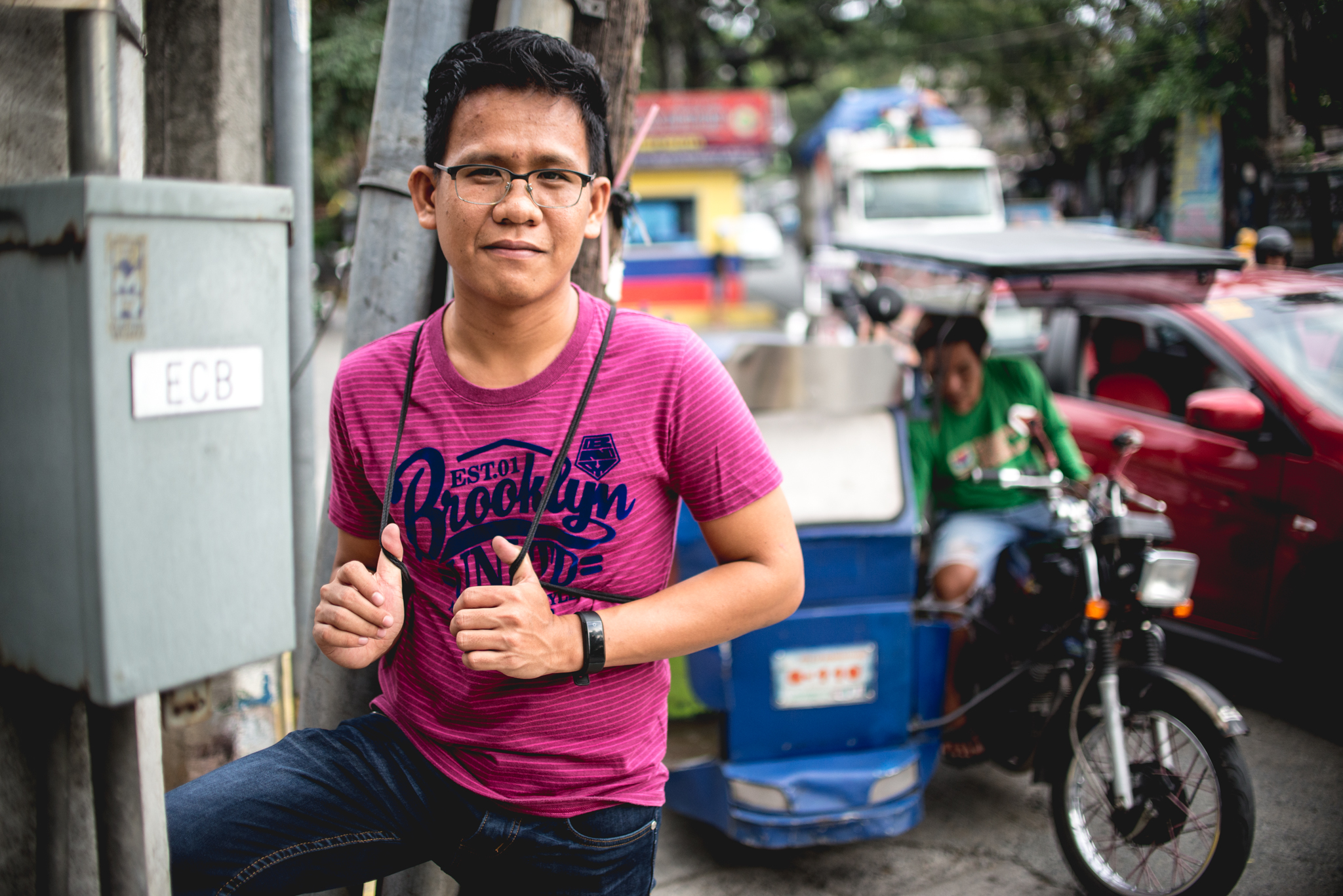 One of the reasons why I’d not really considered Manila before was that most media I’d seen or read about the city focused either on wacko politicians or on slums. These things are of course real but only a part of Filipino society. In fact, the only time in my trip when I even saw a slum was during my shoot with Rej, when we walked past the entry gates to one. We didn’t go inside the slum though because we simply had no reason to – Rej didn’t live there, it wasn’t his neighbourhood. But furthermore we didn’t go to shoot there because, as Rej so aptly put it, the goal of Elska wasn’t to make “poverty porn”. 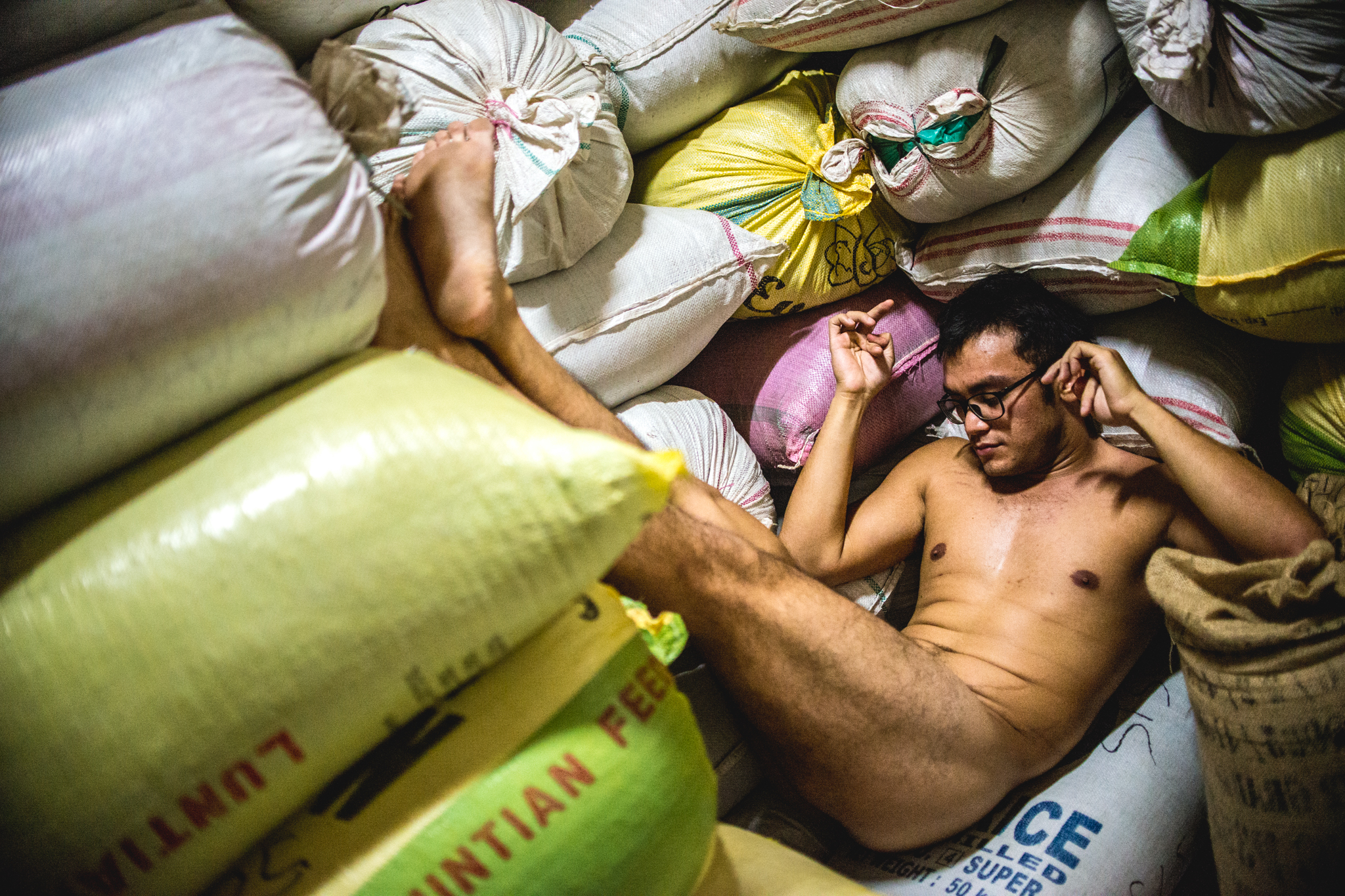 Perhaps the essential Filipino experience, at least in terms of cuisine, is Jollibee, a local fast food chain specialising in fried chicken, peach-mango pies, and rather sweet spaghetti. And that’s where I met Raph for what was the final shoot of the Manila trip. At first our meeting started out a bit confrontationally, with him discussing the tendency of foreign media to look down on Filipino culture, to impose their own Western points of view and ‘explain’ the Philippines in a colonial sort of context. I tried to defend myself that I try to maintain an open mind with Elska, letting the men tell their own stories and letting the photoshoots go rather spontaneously. I appreciated his suspicion though, because his voice now pops into my head now and again to remind me to always look and listen without judgment. 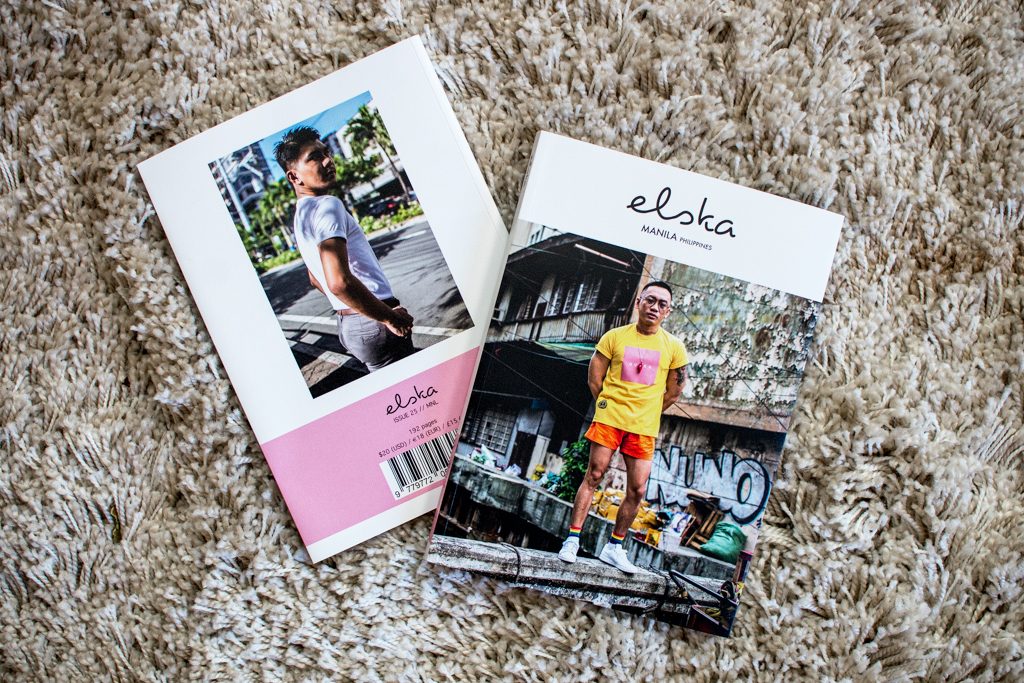 Elska Manila is out now in a limited edition print version and in an e-version. A behind-the-scenes companion zine called Elska Ekstra Manila is also available.