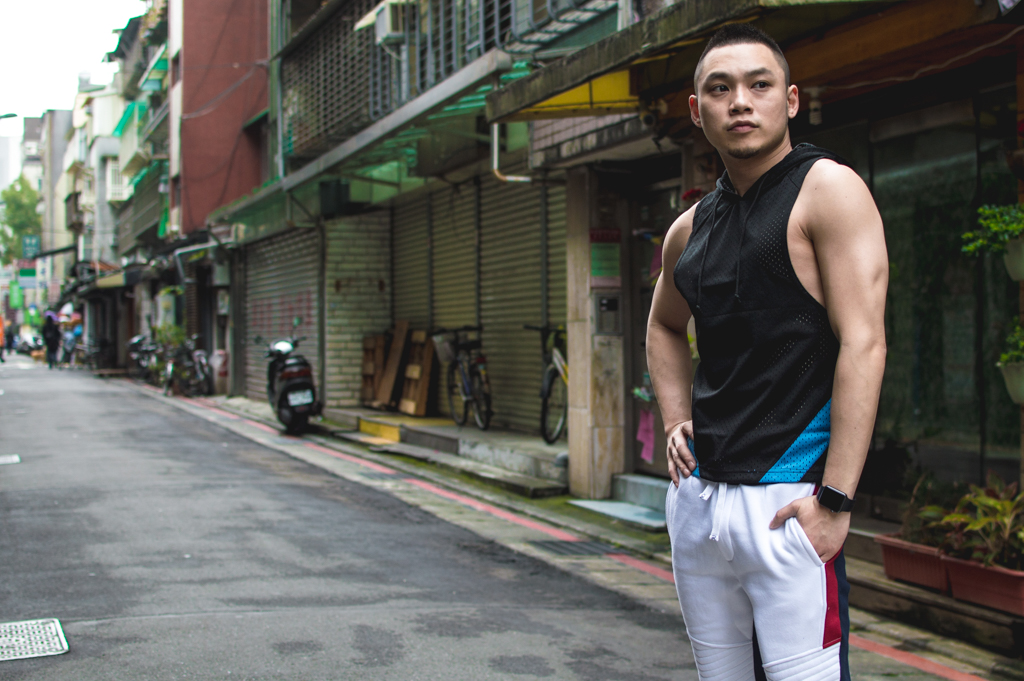 Liam Campbell is editor and photographer of the indie print mag, Elska, a project that involves traveling around the world, getting to know regular local guys, and introducing them and their city to the world through honest photography and personal stories. It’s a tough job but somebody’s got to do it.

The photos for this article were shot in Asia’s gay capital – Taipei, Taiwan, which just became the first country in Asia to legalize same-sex marriage.

Here Liam exclusively shares with GayCities a selection of photos along with a bit of behind the scenes commentary. 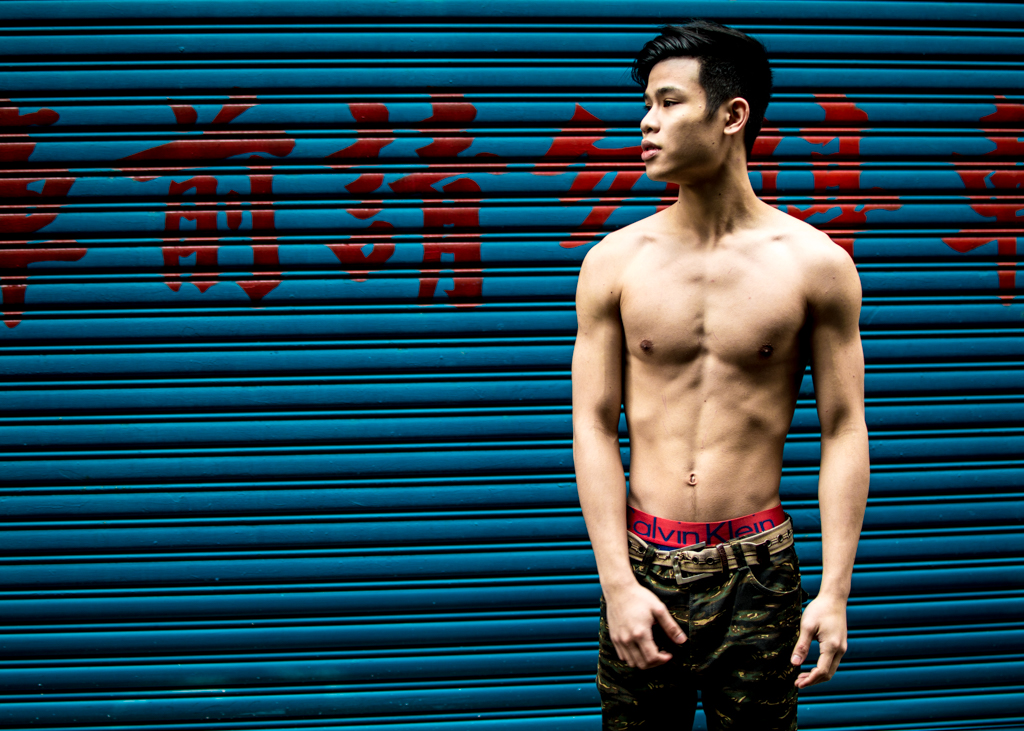 The first guy we met in Taipei was Rhenz, and his choice for a neighborhood to shoot in turned out to be one of my favorite parts of the city, Zhongshan. Here there’s a bit of a historical vibe, full of markets, charming old shops, and mopeds constantly zipping through the narrow alleyways. Actually, in this shot, Rhenz is more concerned with not getting smashed into by an oncoming vehicle than noticing there’s a camera in front of him. And as for what the sign behind him says, I’d love to know what it means. Frankly, we only stopped there because it was the only bit of uncrowded space we could manage to find.

Not far from where we shot Rhenz was my absolute favorite part of Taipei, a little area north of Jiancheng Park that may or may not have a name, which was full of machine repair shops and auto part sellers. It had this amazing small-scale, old-fashioned industrial vibe that gave a real contrast to the glitzy and flashy side of Taipei found near the landmark Taipei 101 tower. It was so cute when I first Mine because he turned up with a friend who acted both as an interpreter (Mine didn’t speak English) and also as an assistant to carry the loads of bags that Mine brought with him. In true fresh-face model style, he went on a shopping spree before the shoot but cleverly and cheekily kept a lot of the tags on the clothes so he could return stuff after the shoot.

Without going into a full-on history lesson, Taiwan started to be settled from mainland China in around the 17th century and today the population is around 95% ethnic Han Chinese. But there were people living here before that, the native and aboriginal Taiwanese people. Gemi Sakinu was really proud of his “true Taiwanese” roots, as he called them, and so that’s why he chose to write his story about what that means to him and also about the discrimination he receives for not being an ethnic Han. Sometimes you think you know a country and its history but it takes meeting local people when you travel to find the whole story, and I’m grateful for Gemi Sakinu and the other guys I met in Taipei for inviting me inside their stories.

Another native Taiwanese man I met was Temelalj. He lived on the other side of the city, almost a two-hour bus drive from where I was staying, and I remember arriving to meet him in desperate need for a coffee and also desperate to replace the headphones that inexplicably stopped working on that long bus ride. He was a perfect gentleman, so before our shoot, we went first for breakfast and then shopping for headphones. Then we took a walk for our photoshoot where he showed me a rather adventurous side, stripping off completely in a garden behind a few buildings and doing some nude poses amongst the plants. It’s instances like this where you realize how diverse Asia is, especially in culture. When we shot issues in Japan and Korea, for example, guys wouldn’t even take a shirt off in public, not even to briefly change tops, but in Taiwan people were so free and so open.

Of course, some guys were a little shy, like Kerwin. When my assistant first got to his flat to start our shoot, everything was cool. Kerwin was playing music, showing us around, making us tea, just hanging out. But then when it came time to get undressed, he made Roman wait outside in the corridor because he was too nervous shots with so many people around. Perhaps that’s why he grabbed his little stuffed animal, to give a little more comfort in that new sort of situation. Then once it was over, Roman came back in and Kerwin was giving us tips on the coolest coffee places to visit and an inviting us to the best night market in the city, Shilin Market, an absolute must for any trip to Taipei. But be sure to bring an appetite.

Another absolute must when in Taipei is to find Toto. He is like the king (and queen) of the Taipei queer scene, and he knows everywhere to go and everything to do. He’s also the guy who told me about the long history of the rights movement in Taiwan, and how confident and proud he was that it would be the first country in Asia to legalize same-sex marriage, which it finally did this week. I’m so happy for him and for the rest of the community in Taiwan. By the way, I’m sure he won’t mind me telling you, but he works at the Three Little Birds Hostel, a gay-friendly place near the gay part of town where you can stay or just pop in to see Toto and ask for advice. Oh, and also nearby is Taiwan’s first gay bookstore, GinGin Books, which is currently the only shop in all of Asia that sells Elska.

Yet another reason why I love Taipei.

Elska Taipei out now in a limited edition print version, in an e-version, and in a bundle including a behind-the-scenes companion zine called Elska Ekstra Los Angeles.