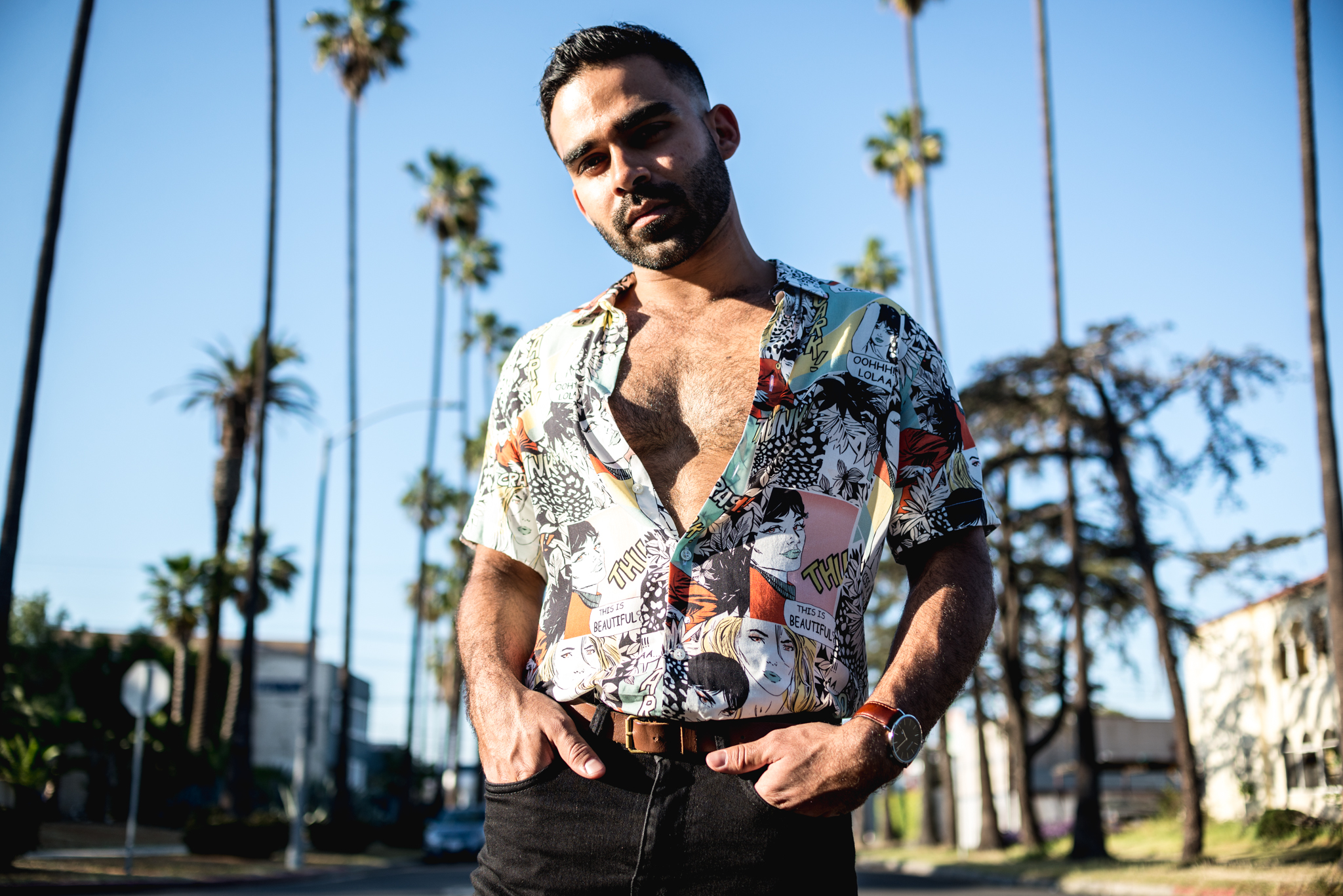 The photos for this article were shot in sunny Los Angeles, California.

Liam exclusively shares with GayCities a selection of photos along with a bit of behind the scenes commentary. 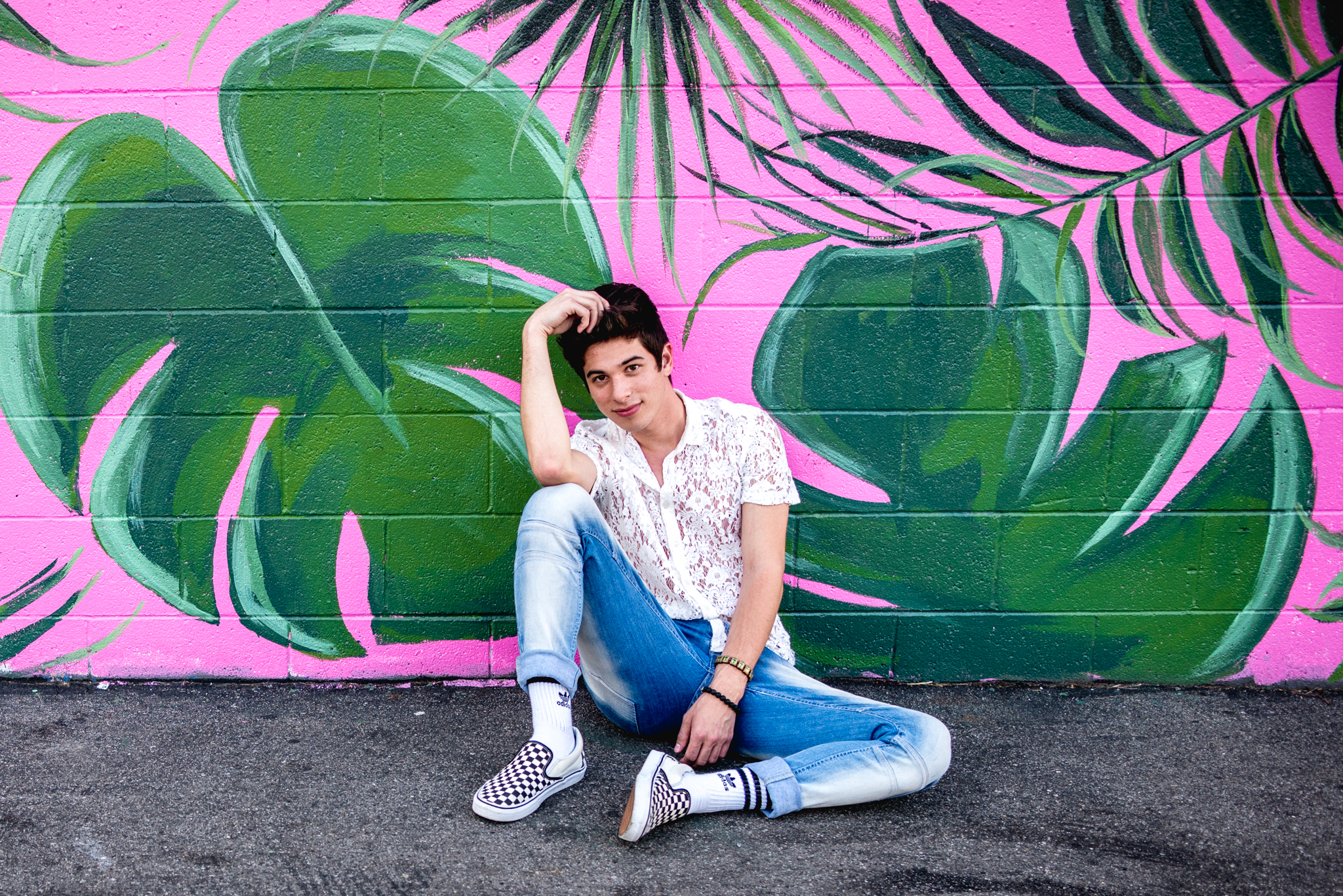 Maybe it’s the sunshine, or maybe it’s the rhythm of the city’s dream-chasers grappling to make it, but there’s a certain energy that the men I met in LA have, and no one more perfectly conveyed that quintessential LA-ness than Dylan. He was chock full of pep, brimming with smiles, completely open and up for anything, and utterly exhausting! We met in LA’s historic gay center, West Hollywood, where I chased him up and down Santa Monica Blvd while he climbed trees, scaled buildings, and played hide-and-seek amongst the landscape. He also gave me a rundown of the what bars to go to, which ones to avoid, and where to get the best chicken sandwich for that after-bar snack. 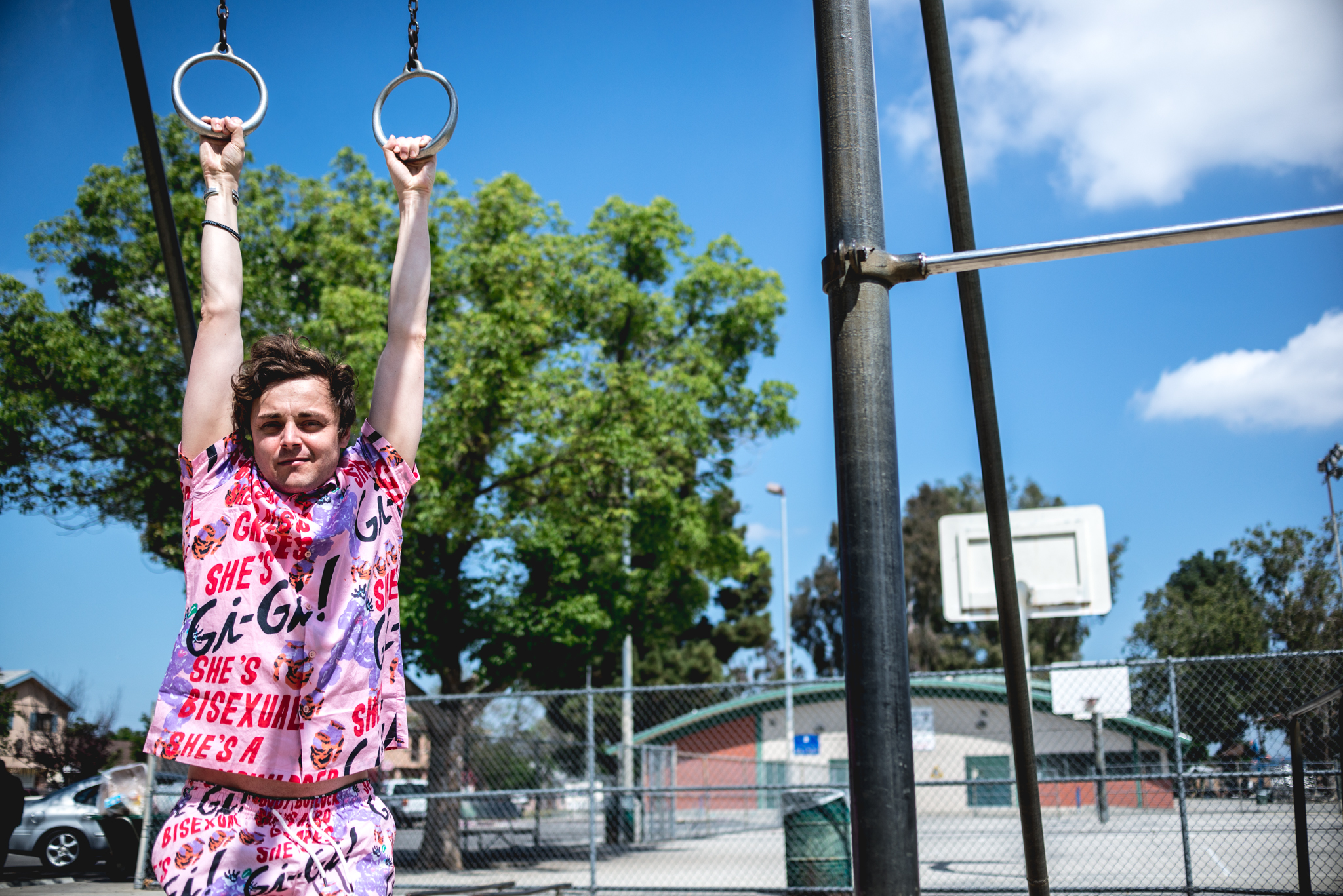 Elska is partly known for being a magazine that doesn’t feature models or celebrities, but that’s not because they’re not welcome. In truth everyone is welcome, but it’s just that in most cities we’re not stumbling across “stars,” but in LA, a city dominated by ‘the industry,’ we had the chance to feature our first bonafide famous person, the one and only Tammie Brown. Meeting him at first was pretty intimidating, but when he opened his door he also opened his arms for a hug, put on a pot of coffee, and invited me to sit down for a chat. We chatted for ages about our love of travel, compared notes on our experiences in Texas, and discussed how he should have won that lipsync against Latrice Royale in RuPaul’s Drag Race. Before I knew it, an hour had passed and I’d forgotten we were supposed to be taking pics, so we hopped over the road to shoot at a playground and inside his local 99 cent store. 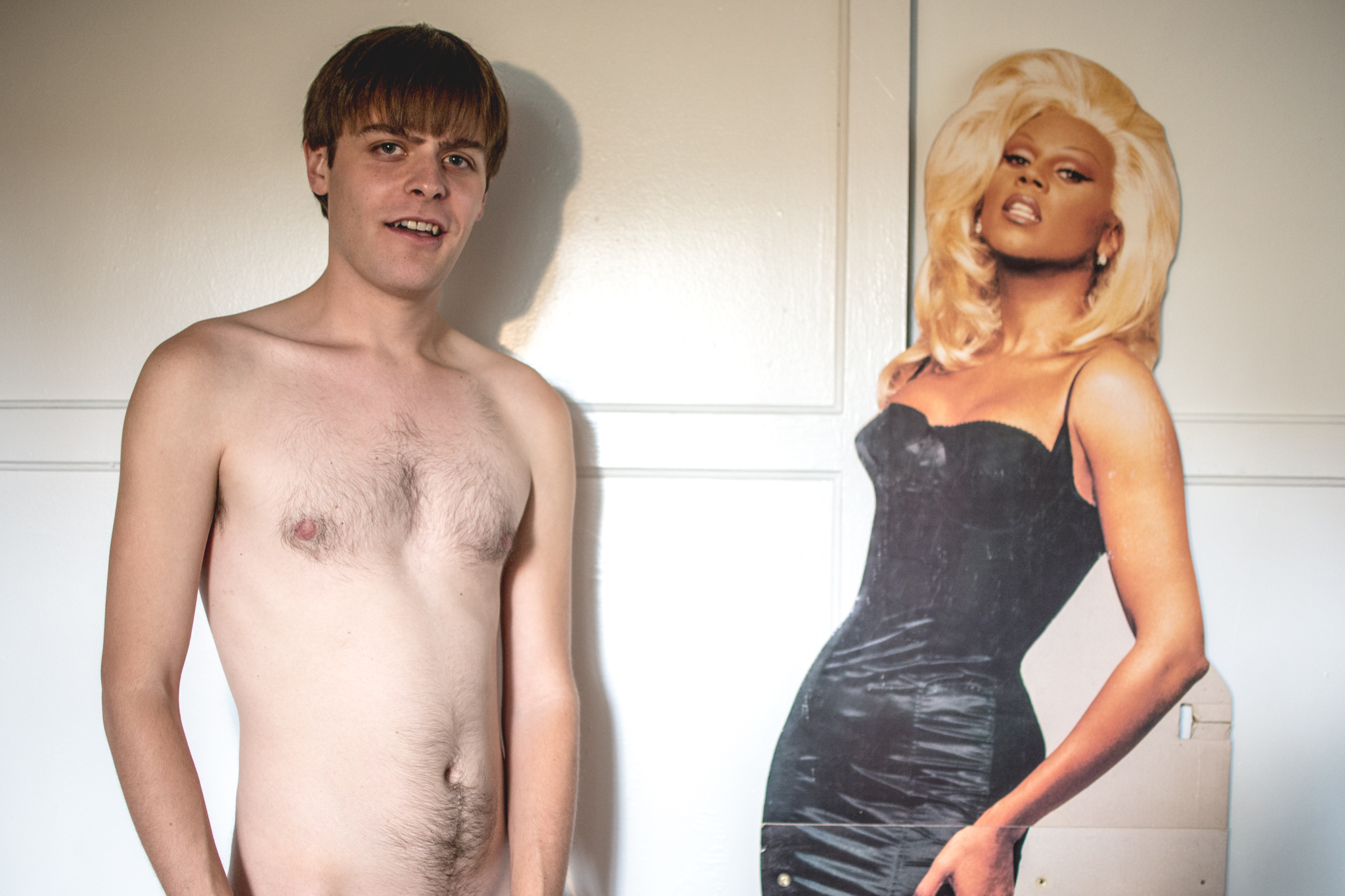 Speaking of RuPaul, when I met Caden and saw the vintage cardboard cut-out of RuPaul in his apartment, we obviously had to do some nude shots of him standing next to the queen of drag queens. But aside from these shots in his room, we also took a walk around his neighborhood where we got to see a more workaday side of LA, the real LA, which is basically a lot of strip malls, wide and busy roads, and plenty of palm trees. But in a way, I liked this side more, because it gave me a sense of what it would be like to actually live here. LA isn’t just a movie set, it’s home to ten million people 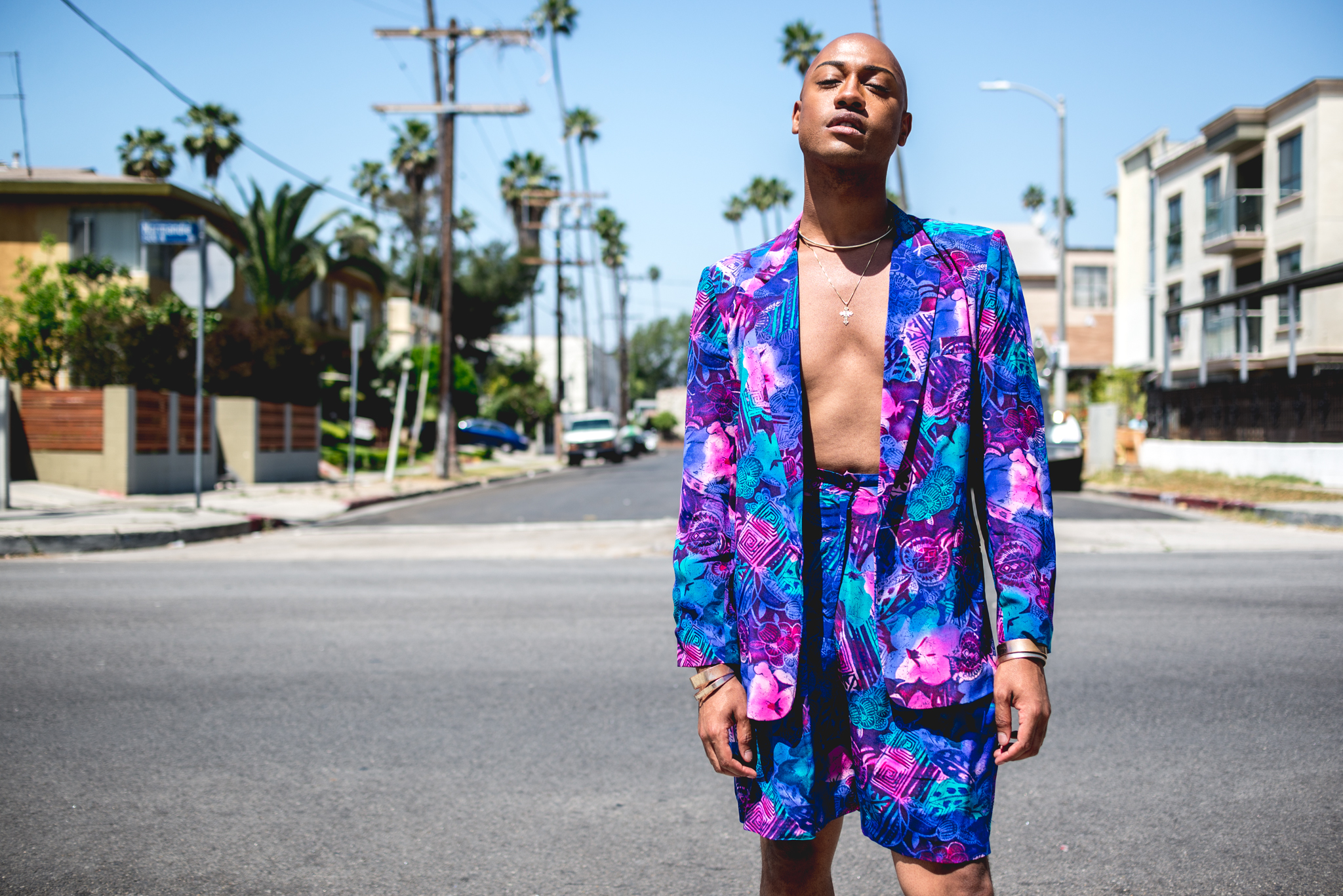 As much as I tried to see that ‘real LA’, you really can’t escape the fact that so many people do work in entertainment and many more want to. It was actually really touching to meet some of the dreamers and realize how much doggedness they have. For all the beautiful mountains, sun and sea of the landscape, the people were dominated by passion and determination. When I met Grey I found him living in this tiny apartment that was shared by too many people but he wasn’t annoyed or upset about it; rather he felt lucky to be there, to be surviving, and to be making little steps toward achieving his dreams. It’s admirable and it’s inspiring. 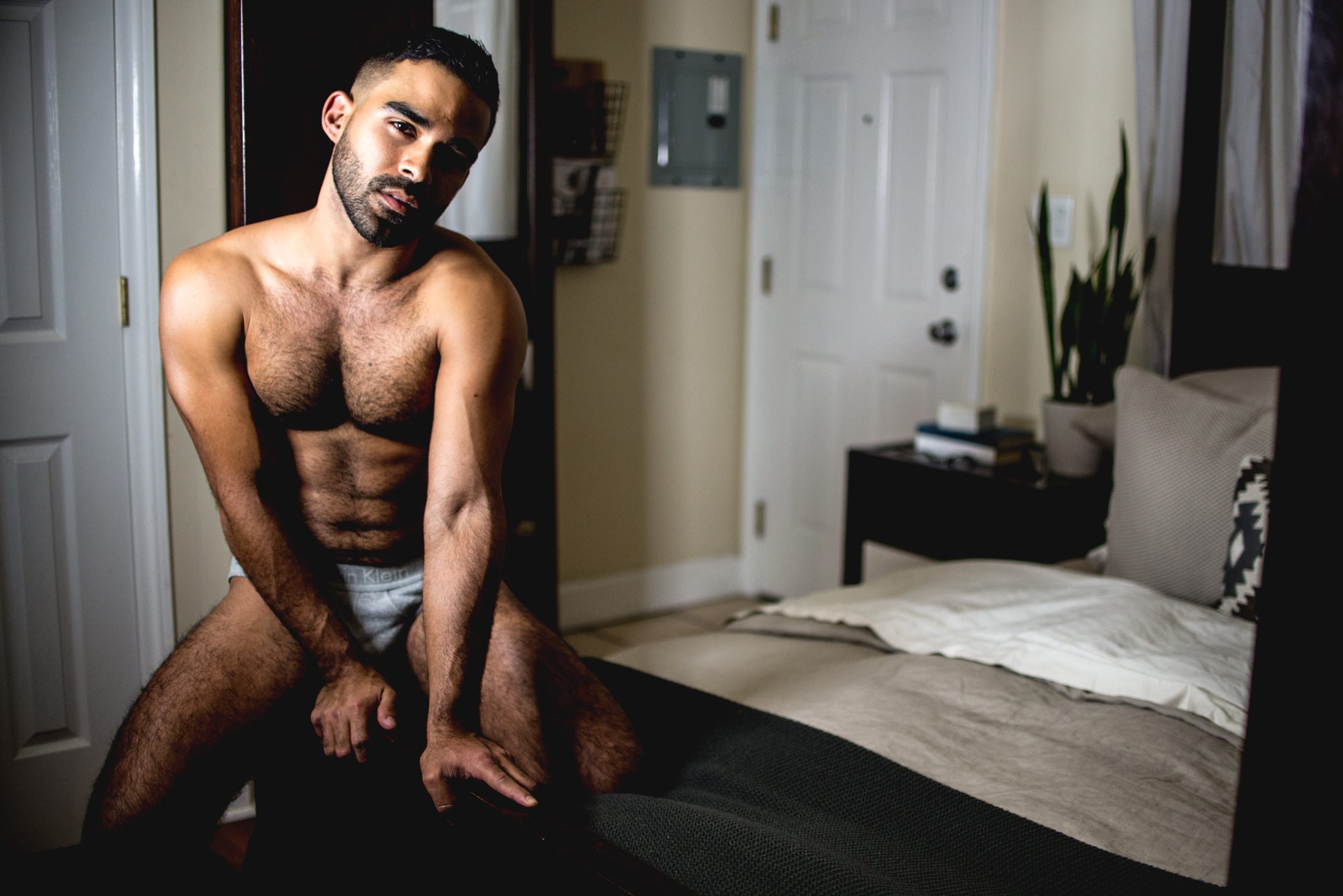 One of the best parts of the trip was being able to see other parts of LA than tourists usually go to. Beyond gay spots like West Hollywood or the beach towns like Santa Monica and Venice, I got to discover other parts of the city that were actually more compelling. For example, the gay scene in East Hollywood was more gritty, more exciting, and more fun. Downtown LA was full of new energy and burgeoning culture, and it also had the wonderful Grand Central Market. One of my favorite areas of all was where I met Jose, K-Town. It was packed with amazing places to eat, lovely parks, and some fantastic little Korean-style spas where you could recharge for a few hours before getting back into this crazy city. My personal recommendation is Wi Spa, which has a fabulous roof deck and a great Korean restaurant inside. 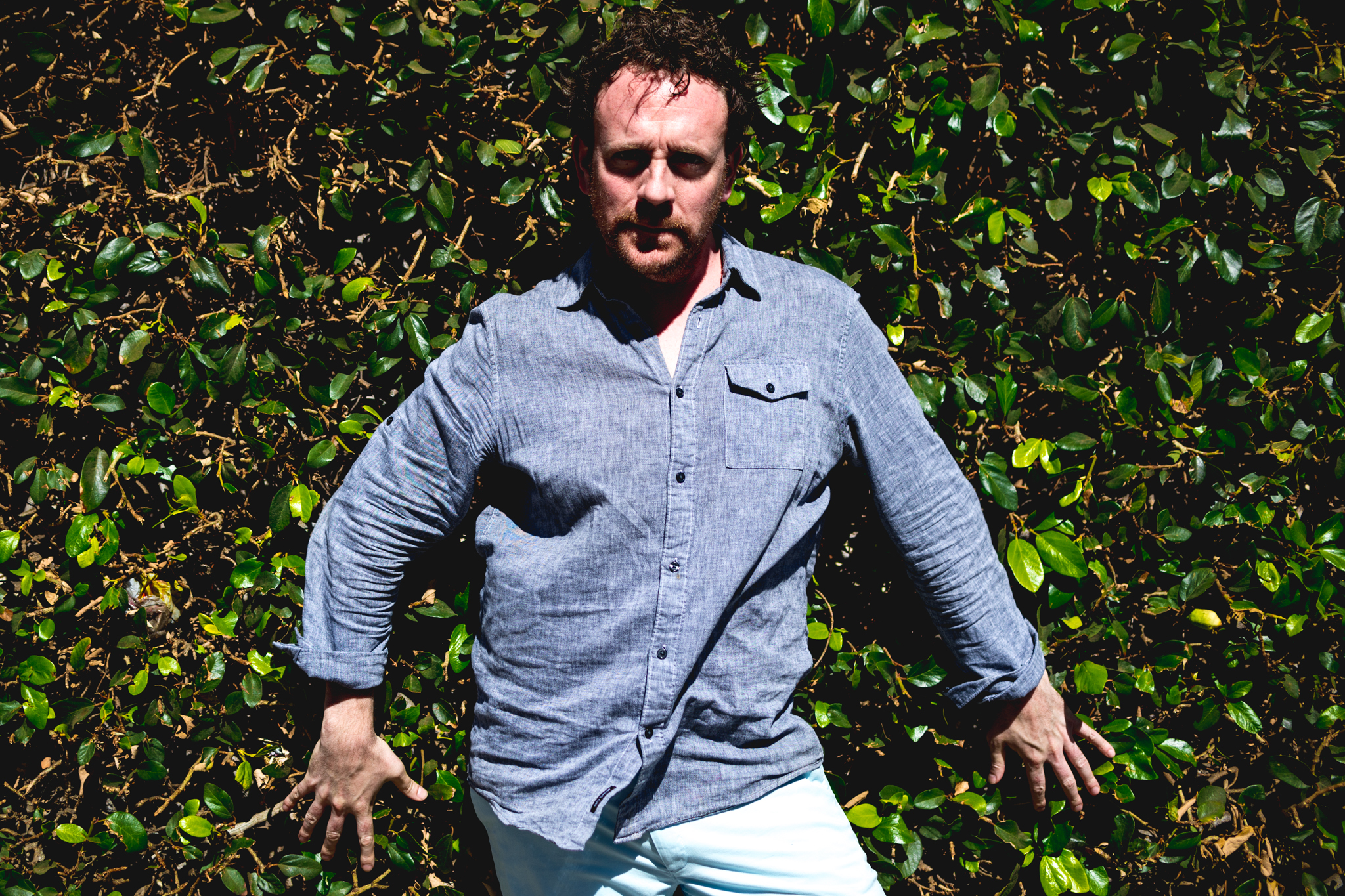 We’ve so far shot three issues in the USA and one of the things that Americans seem to have in common is that they write really good stories. The story that Drew contributed for the issue is absolutely one of the best we’ve ever received, painting a perfect picture of what it’s like to hustle in a city full of hustlers, but filled with details clearer than pictures and full of humor. As for our photo shoot, it was definitely interesting shooting around his Hollywood neighborhood, especially when we walked past the Scientology HQ and I was advised to put my camera away. “Stop filming” was definitely not a phrase I expected to hear in Hollywood! 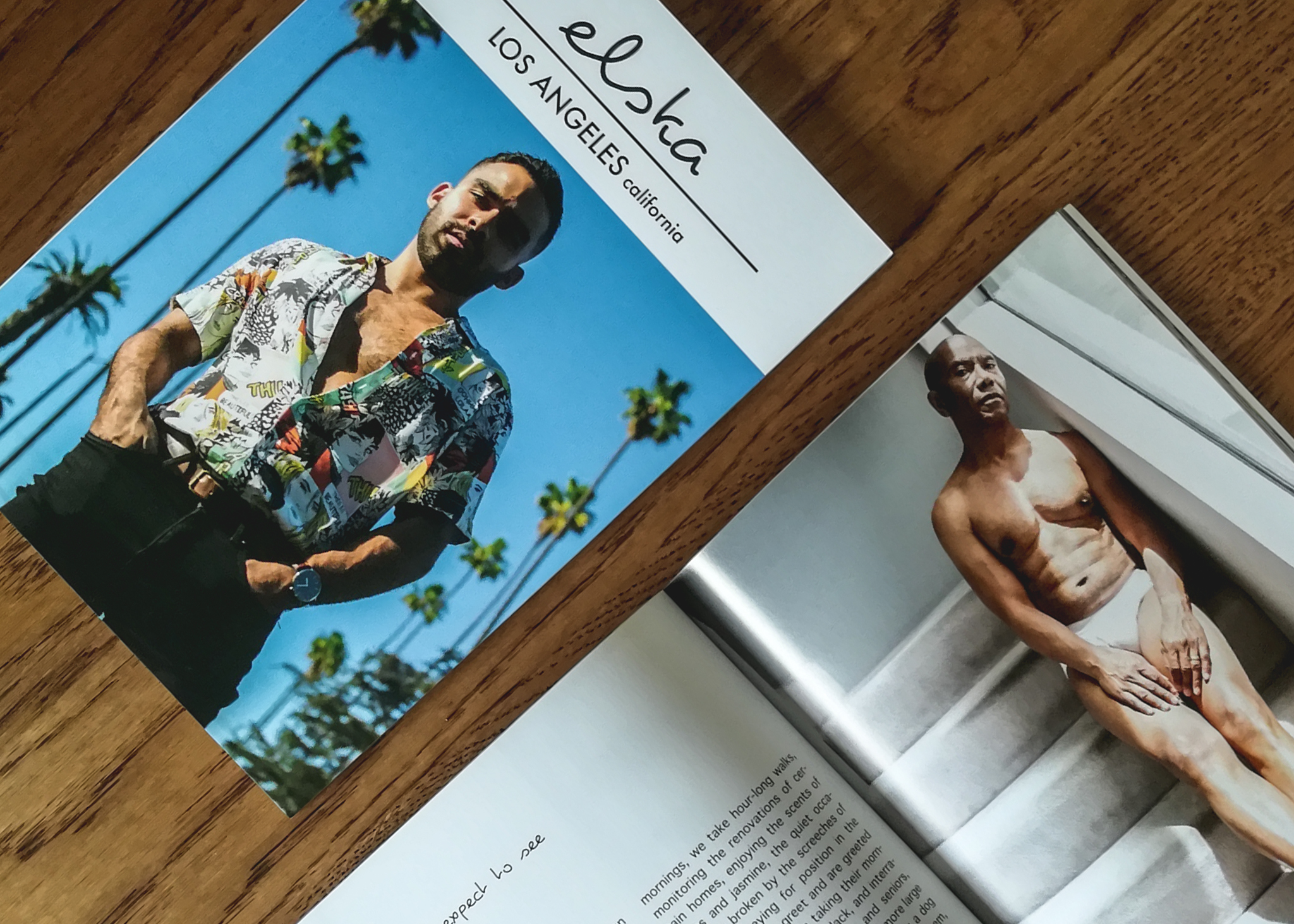 Elska Los Angeles is out now in a limited edition print version, in an e-version, and in a bundle including a behind-the-scenes companion zine called Elska Ekstra Los Angeles.