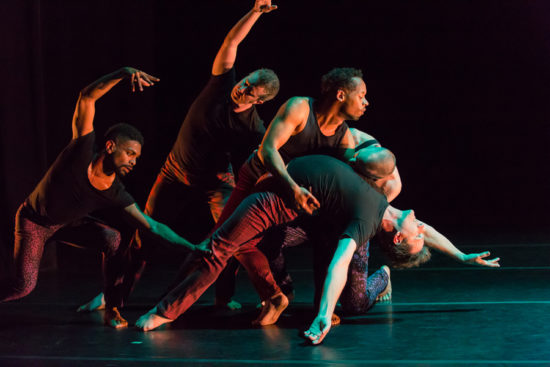 Considered the first out transgender modern dance choreographer in the United States, Sean Dorsey has made his name in choreography, dance, and writing. He’s been honored with four Isadora Duncan Dance Awards and the Goldie Award for Performance, named Dance Magazine’s 25 “To Watch,” and entertained enthusiastic audiences around the country.

Now Dorsey is bringing his 15th anniversary back home to the city where it all began, San Francisco, for a four-performance engagement of his most recent work, Boys in Trouble to Z SPACE March 14-16. (Tickets can be purchased at seandorseydance). The performance is a commentary on modern ideas about masculinity.

Dorsey took a moment to speak with GayCities‘ Gwen Smith as he prepared to hit the stage in San Francisco, discussing his career, how things have changed for trans performers, and what he hopes people might take away from his work.

You came to San Francisco in the early 2000s and joined Lizz Roman and Dancers before launching both Sean Dorsey Dance and Fresh Meat Productions. How does it feel, so many years later, to come back to San Francisco for your 15th anniversary season? What does the city of San Francisco mean to you personally and professionally?

San Francisco is my beloved home: It’s home to me and my partner of 17 years Shawna Virago; it’s home to both Sean Dorsey Dance and Fresh Meat Productions. So many of us misfits and outsiders have come here for generations, looking for community and a place we could thrive as openly trans people. Today, despite the onslaught of tech-driven gentrification, it’s still home. Many of us are working extra hard right now to be of service despite all the gentrification.

Your current work, Boys in Trouble, has been on the road for the last year, visiting 20 or so locations. What has the reaction been to the work? Were there any experiences in particular that have really stood out to you on the tour?

The audience response to Boys in Trouble has been absolutely phenomenal. I mean, we have audiences coming up to us in tears afterward – whether they are cisgender, trans, queer or straight. At this intense moment in America, the show has really hit a nerve and is opening hearts.

We’ve toured from Washington, DC to Stockholm Sweden. Our most recent tour was to the tiny community of Sheboygan, Wisconsin. The Kohler Arts Center there hosted us for a week-long residency, which included performing but also visiting GSA’s in local high schools and having conversations with local youth. It was extraordinary! This work is really connecting communities.

Can you tell our readers a bit about Boys in Trouble, for those who may not know what it is about, or what to expect?

It is an urgent and timely commentary on contemporary masculinity. It’s a fusion of full-throttle dance, highly-physical theater, storytelling, humor, and luscious queer partnering. It’s deeply human, relatable and accessible.

The work puts a trans and queer lens onto themes ranging from trans embodiment, shame, black queer joy, whiteness, violence. But I should say that there is also a ton of deliciously trans/queer humor and sass in the work! My work uses a lot of text, language and story – along with 90 minutes of super-sweaty dancing!

It seems to me that so many of the issues raised in it seem especially important in the current era when there are unprecedented attacks on trans people. Have you felt any pushback as a result?

Without exception, audiences and communities are ready, hungry and full of love for the work we are doing. We’re a unique dance company for all kinds of reasons (me being the nation’s first acclaimed transgender modern dance choreographer for one) – including the fact that our audiences are truly a mix of cis queer, lesbian, bi, gay folk; gender-nonconforming, nonbinary and trans folk; cisgender straight and questioning folk. Again, we keep experiencing that Boys in Trouble is sparking connection and dialogue and LOVE.

Over the last decade and a half, how have you witnessed transgender acceptance change? How has that impacted your work — or has it?

That profound isolation accompanied many blessings, but today I delight in seeing so many gender-nonconforming people expressing themselves creatively, openly, proudly and very publicly. I don’t think younger people always know just how brutally different things were just a few years ago. I am so grateful to my elders and trans-cestors.

I don’t want to get too personal, as I know we who are trans all deal with invasive questions about our bodies, but I am curious how being transgender has impacted and informed your performance as a dancer — perhaps not so much physically, though I am sure it’s a part of it, but in the ways your physical self has, perhaps, changed the way you may perform now versus when you started?

I love being transgender. I love having a trans body. I love choreographing from the graceful, informed and powerful location of my transgender body. My bones and muscle and nerves have absorbed all kinds of information and socialization from female to male to trans-celebratory … and I consider it a blessing and a gift to dance and to create dances from that very informed place of embodiment. 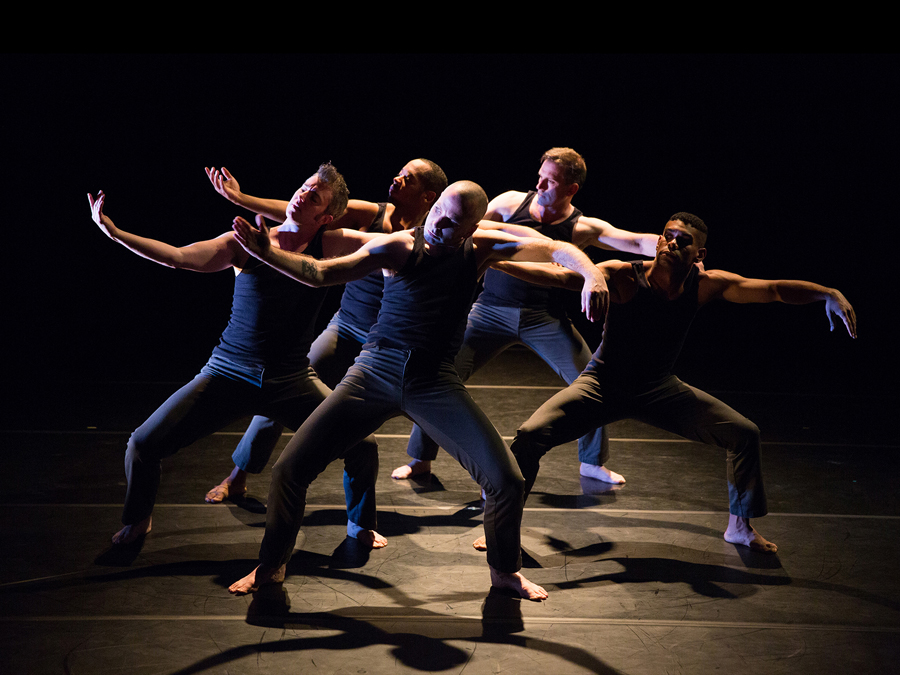 I wanted to touch on your previous work, The Missing Generation. In it, you delve into survivors of the early AIDS epidemic. Can you talk a bit about the process that brought it to fruition, and what it was like to bring that to life?

I spent three years creating The Missing Generation – and spent about a year-and-a-half traveling the US to record oral history interviews with trans and LGBTQ longtime survivors of the early AIDS epidemic. Then I spent over 500 hours integrating those real-life voices and remarkable stories into a sound score for the dance I choreographed.

Our culture has totally turned its back on the early epidemic – and its survivors. This project was a love letter and an act of love for survivors and to those we lost. We toured the show to 20 cities, and as we toured we hosted free inter-generational forums on HIV/AIDS in trans/queer communities. It was all life-changing.

The Missing Generation, like The Secret History of Love and Uncovered: The Diary Project, focus deeply on our community’s history. What are your personal goals in bringing this history to life, in particular through dance and performance?

Trans, gender-nonconforming and queer lives often get left out of the family album and are mostly censored from mainstream recorded history. I am passionate about documenting and sharing my communities’ stories through my dances. That trilogy of full-evening works was all based on oral history interviews and archival research I did.

Dance, breath, and touch are the most visceral ways I know to connect people to our hearts, our histories and each other.

What’s the one thing you wish for people to glean from your body of work?

Modern dance has a reputation for being cryptic and inaccessible. My job as an artist is to make dances that people can actually understand, experience as gorgeous, and be deeply moved by. I want trans and gender-nonconforming and queer people to see themselves reflected as beautiful and worthy and powerful.

Sean Dorsey will bring his most recent work, Boys in Trouble, to Z SPACE in San Francisco for only four performances, held on March 14-16. Tickets can be purchased at seandorseydance.com

View a video containing excerpts of the show below: