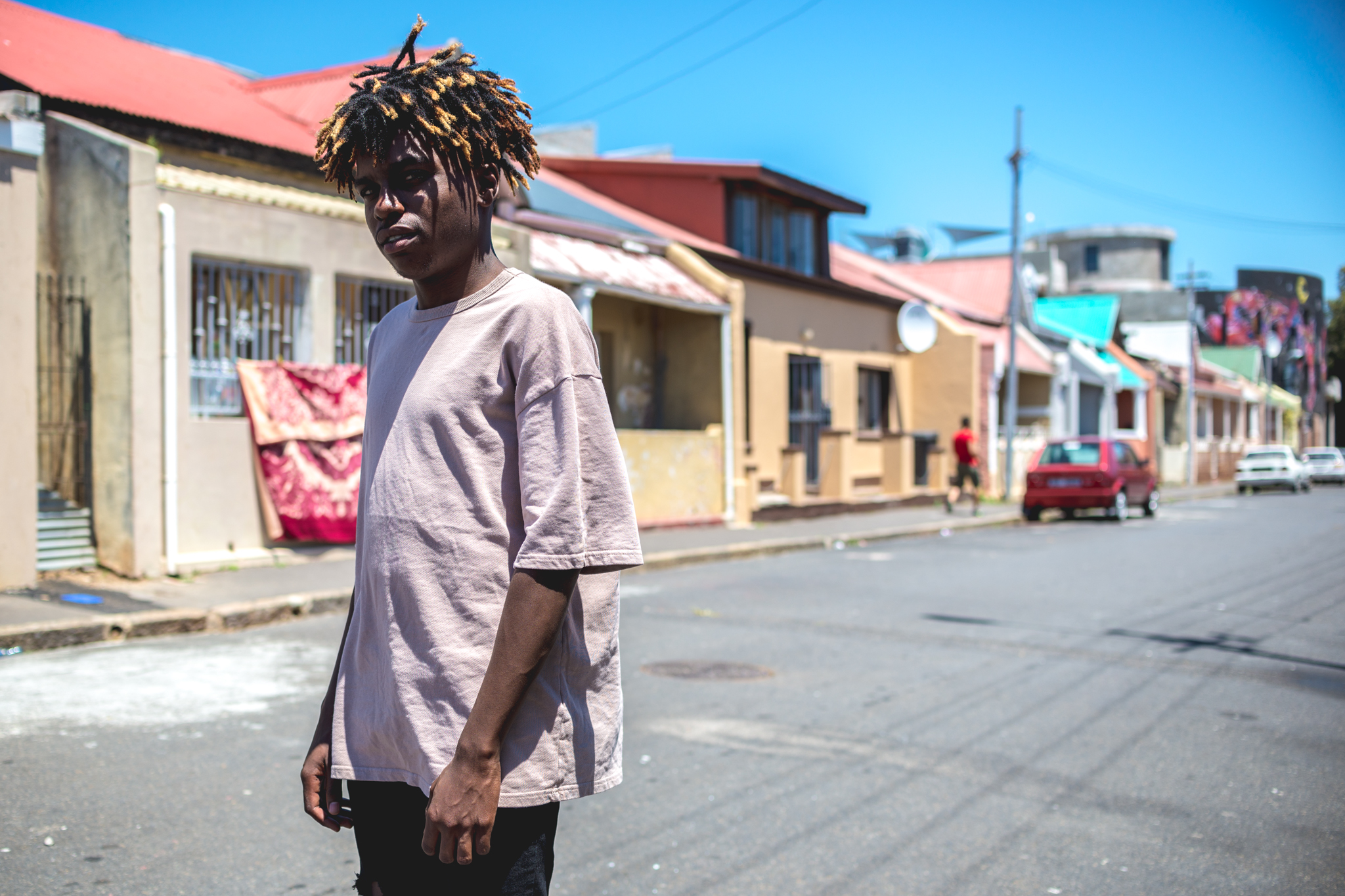 This is the third in a series of photo posts by Liam Campbell, editor, and photographer of the indie magazine, Elska, a magazine centered on meeting some regular local gay guys from around the globe, and introducing them and their city to readers through honest photography and personal stories. 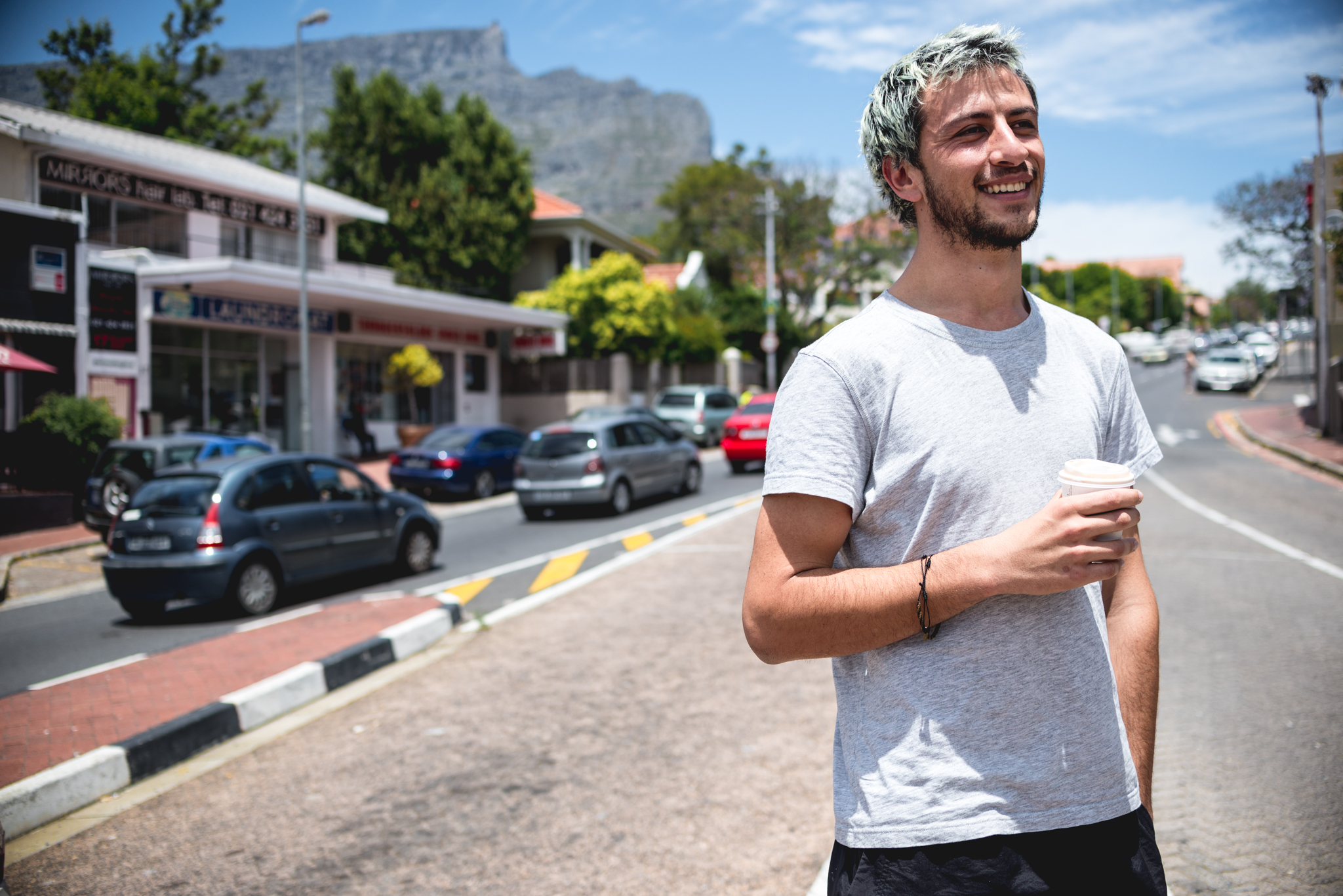 The first guy I met in Cape Town was Phijo, who suggested we meet at a coffee place in Tamboerskloof because even though our shoot was at noon, it was early morning for him and he needed the caffeine boost (as did I after an extremely long flight journey). I remember the scene so perfectly – the sun was out, the temperature was just at the border of warm and hot, the café (called The Power and the Glory) was playing the classic Tears for Fears track “Pale Shelter,” and this tall, blond-highlighted, and barefoot guy walks up and says hello to me and then greeted pretty much everybody who was in the café. It all felt so California surfer beach paradise, not what I imagined of a country I only ever thought about under the shadow of apartheid. But when I told Phijo this, he was quick to let me know that the legacy of racism is still very much alive, that life here isn’t all about basking in the sunshine and forgetting, but remembering to make sure that this beautiful city is beautiful for everyone. 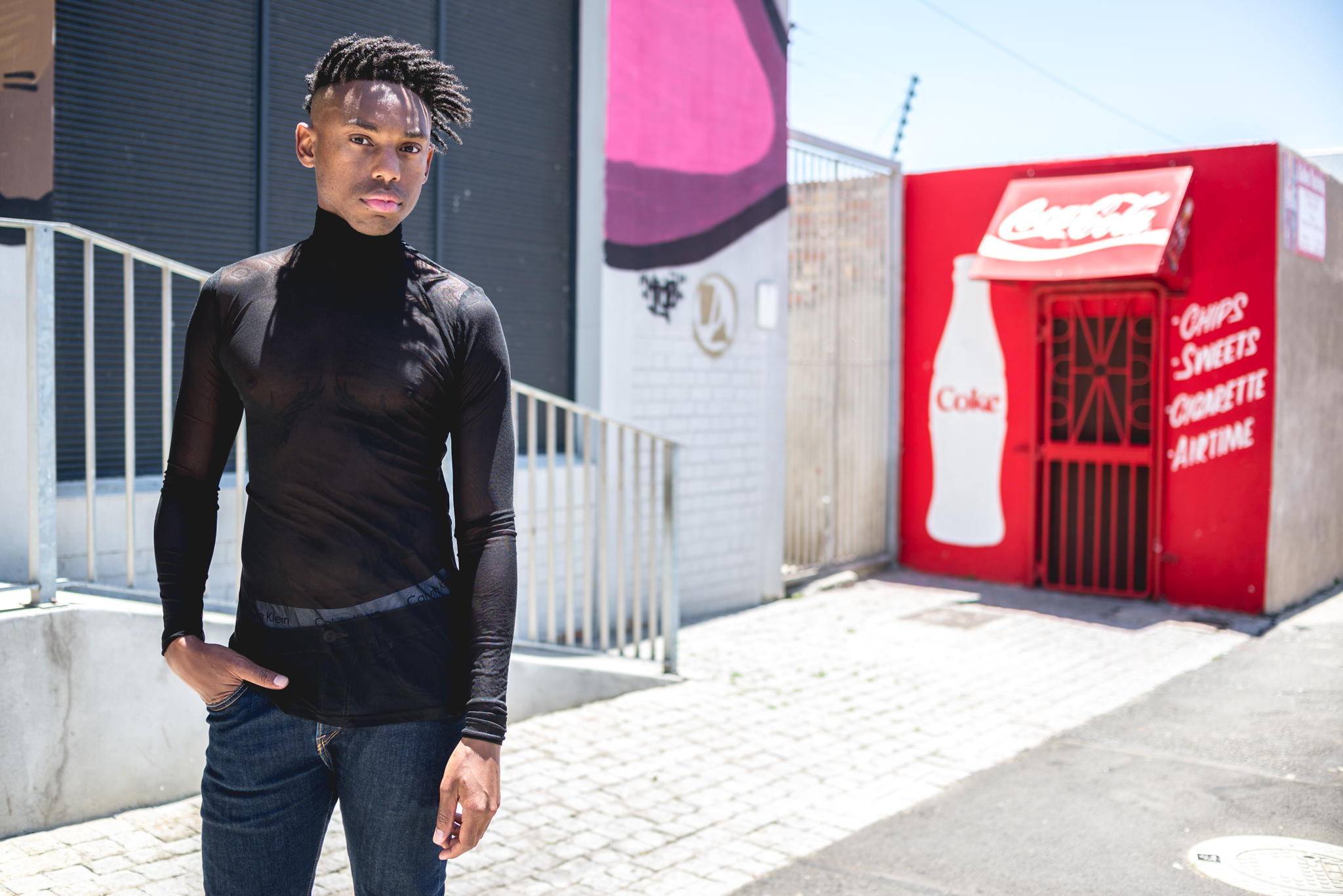 The demographics of Cape Town proves that it is the most diverse city in South Africa, and maybe in all of Africa, made up 1/4 blacks, 1/4 whites, and 1/4 people of color. Yet for some reason when we put out the call for participants, it was mostly white guys who got in touch. So I started talking to some of the men who wrote in to ask them to spread the word to their non-white friends. While I try to make sure that everyone in Elska is welcome and that our list of participants fills on a first come, first served basis, in a city with such diversity I couldn’t allow a non-diverse issue. Fortunately everyone was keen to help, and in the end the issue’s roster of men pretty much perfectly aligns with the official demographics. One of the guys who came on board after my ‘ask your friends’ plea was Menzi, who was a friend of Phijo. We met in Salt River, a former industrial part of the city that’s now slowly getting filled with new restaurants and loft conversions, which sit alongside old working class homes populated mainly by people of color and Cape Malays. It reveals a city on the move, always adapting but maintaining reminders of its heritage. 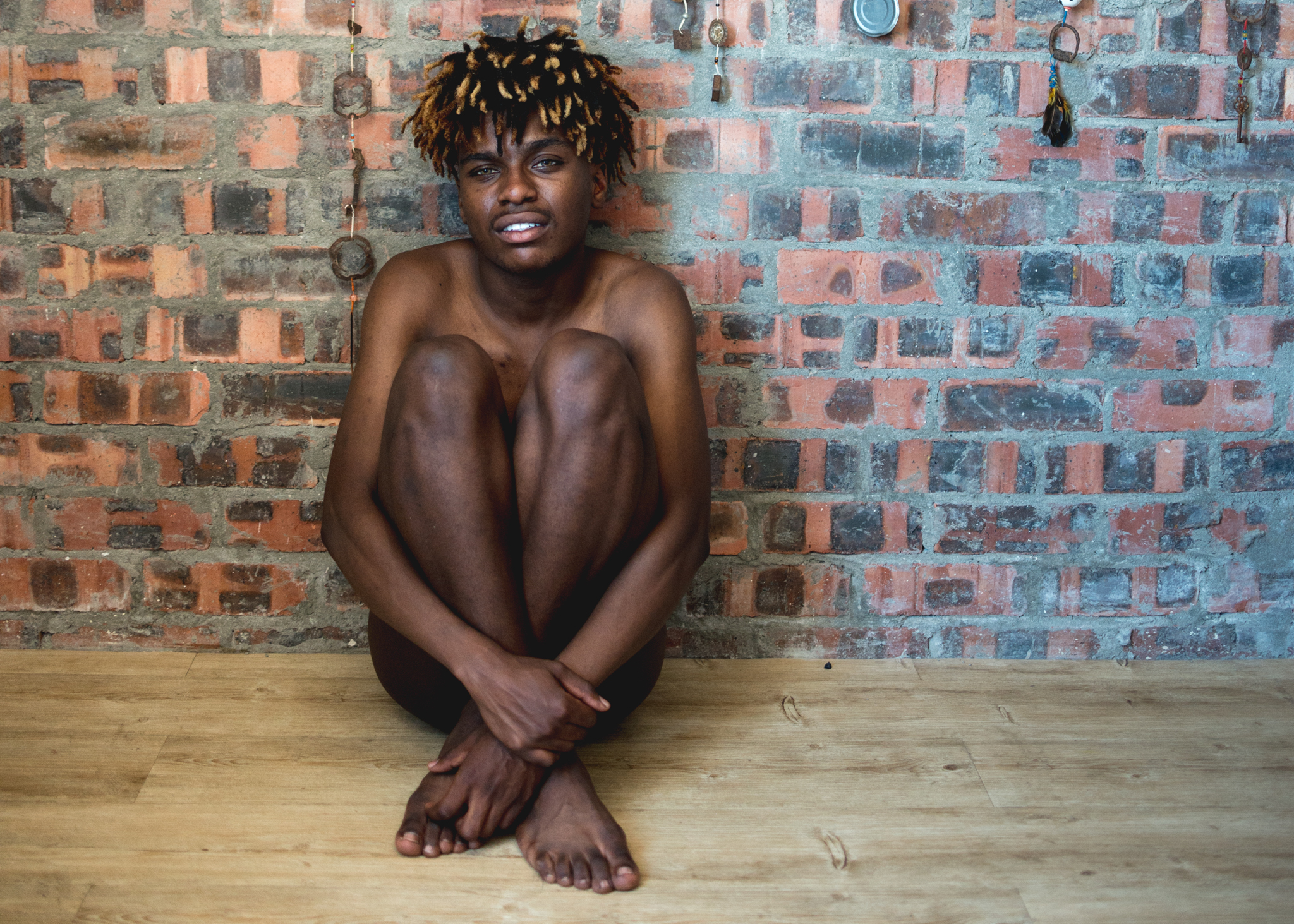 There are some last minute cancellations which means we need to go on the gay apps and start messaging everyone on the page. If I had any thought that South Africa was conservative, it was shattered by this endeavour because I never anywhere saw so many people respond yes to an out of the blue, “Would you like to do a photoshoot and story?” message. One of them was Sonwabo, who I met just hours after first chatting. He was ready with a bag of clothes, a few accessories, and the most amazing hair I’d ever seen. 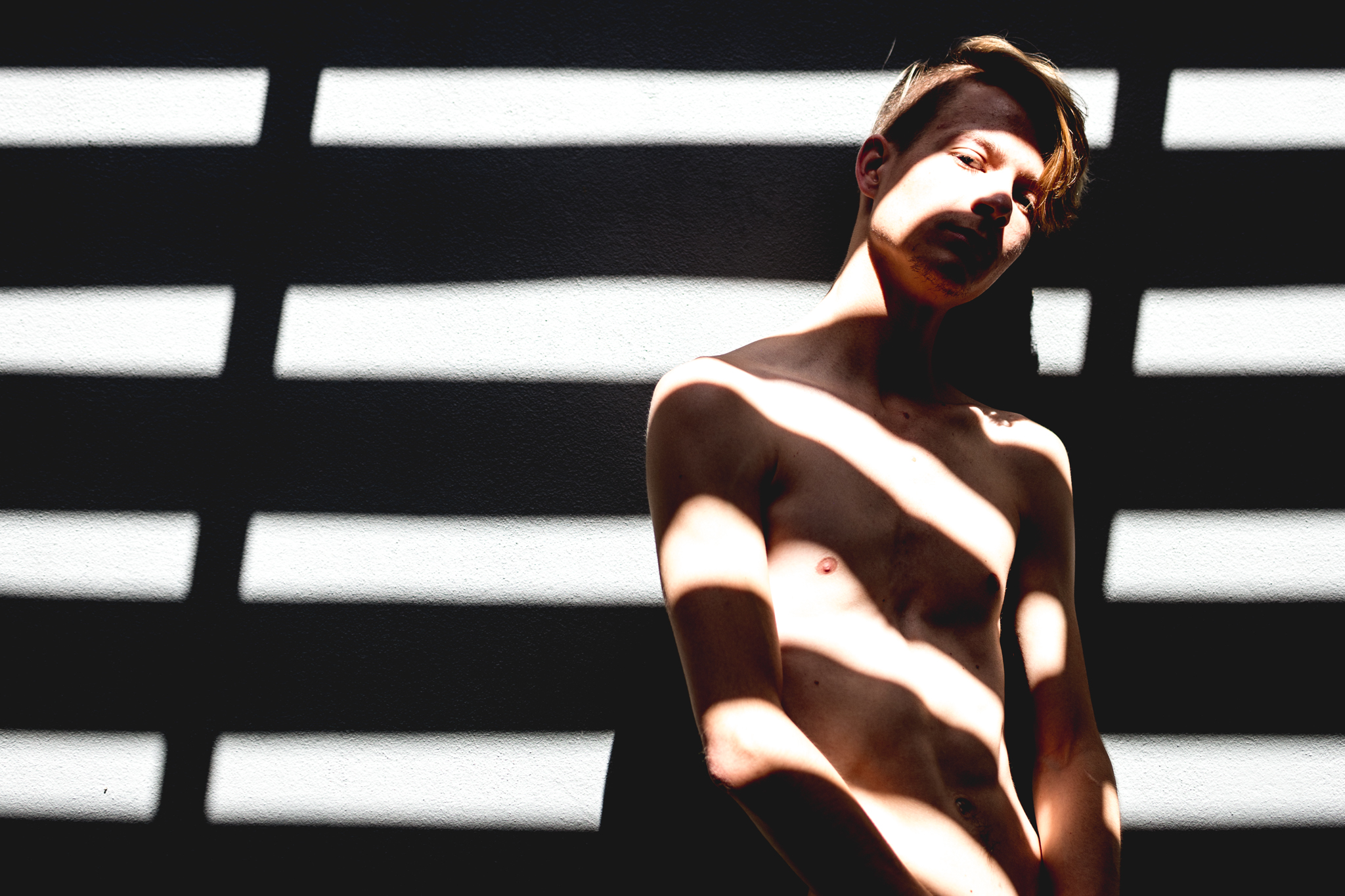 Cape Town is full of these distinct little neighbourhoods, each separated by geography, such as the looming Table Mountain or the curves of the Indian or Atlantic oceans. In much of the city you can discover areas that usually feel either Dutch, African, Malay, or English. We met Micheal in Rondebosch, an especially lovely district which felt very much like an English village except with palm trees. There was a Nando’s, a Woolworths, plus plenty of pubs and Indian restaurants. Every day here I got to enjoy this place more and more and wished I could have stayed longer. By the way, in one of my biggest and most shameful blunders ever, I printed this guys’s name in the issue as Michael. His name is actually spelled Micheal. Sorry, mate! 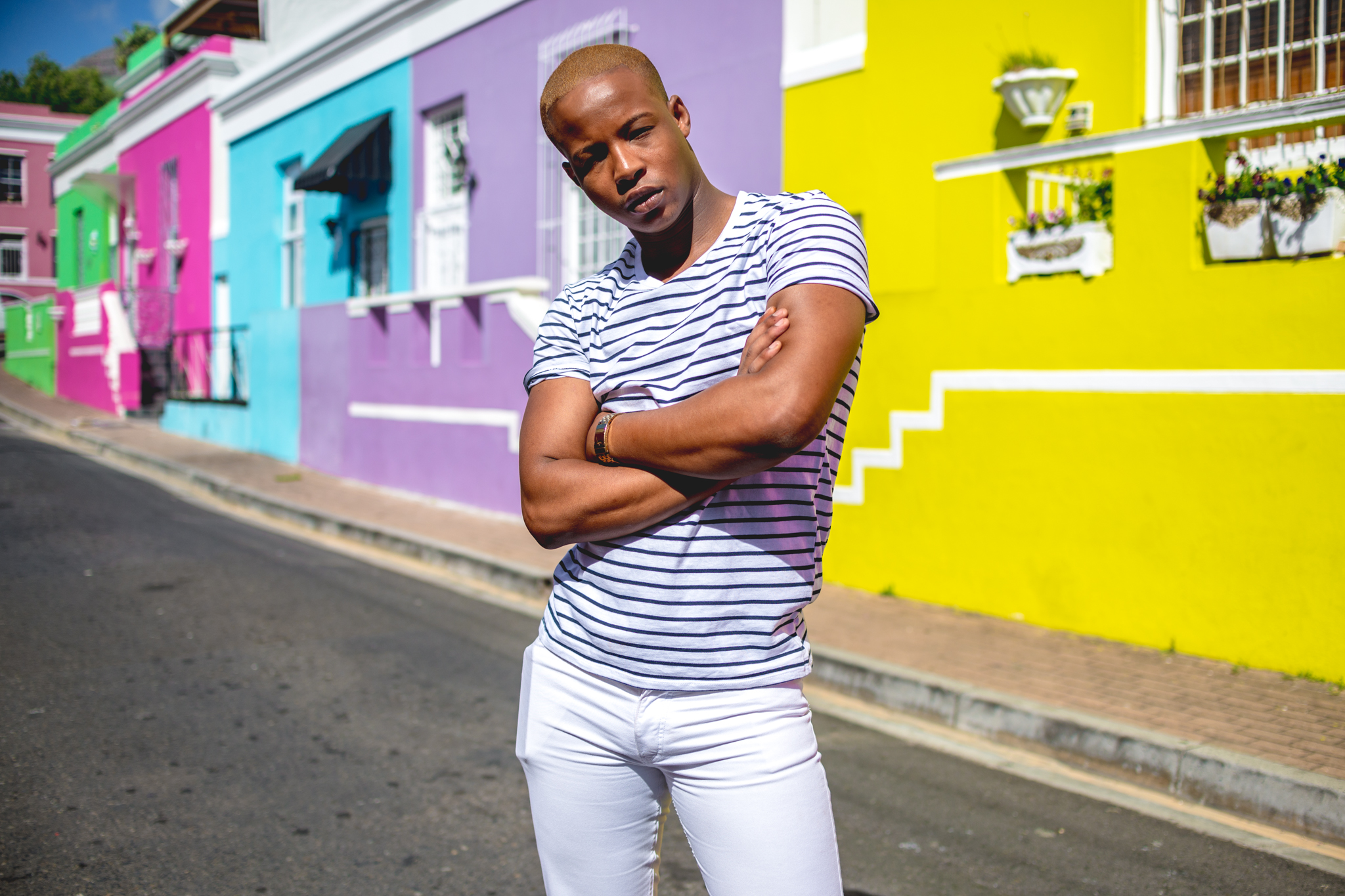 Before Elska, I worked as a flight attendant and had been to Cape Town three or four times. On these short layover trips, I  visited a district called Bo-Kaap. An area originally settled by emancipated slaves brought from Malaysia by the Dutch, it’s full of cobbled streets and brightly coloured buildings. Originally these houses were painted white, but in an expression of freedom, the Malays painted them in blues and pinks and yellows and greens. Before I came here for Elska this was the only place that I absolutely knew I needed to shoot in, so I offered it immediately to the first guy who signed up for the Elska Cape Town project, which was Ashley. Unfortunately, even though we started early, the neighbourhood quickly got very busy, so we kept getting our shots interrupted by passersby. We decided to continue the shoot with some nudes at his house, but then we kept getting interrupted by his mother, who kept barging in to offer us coffee, some biscuits, or to ask Ashley questions about this or that. It was all quite funny, a little annoying, and totally memorable. 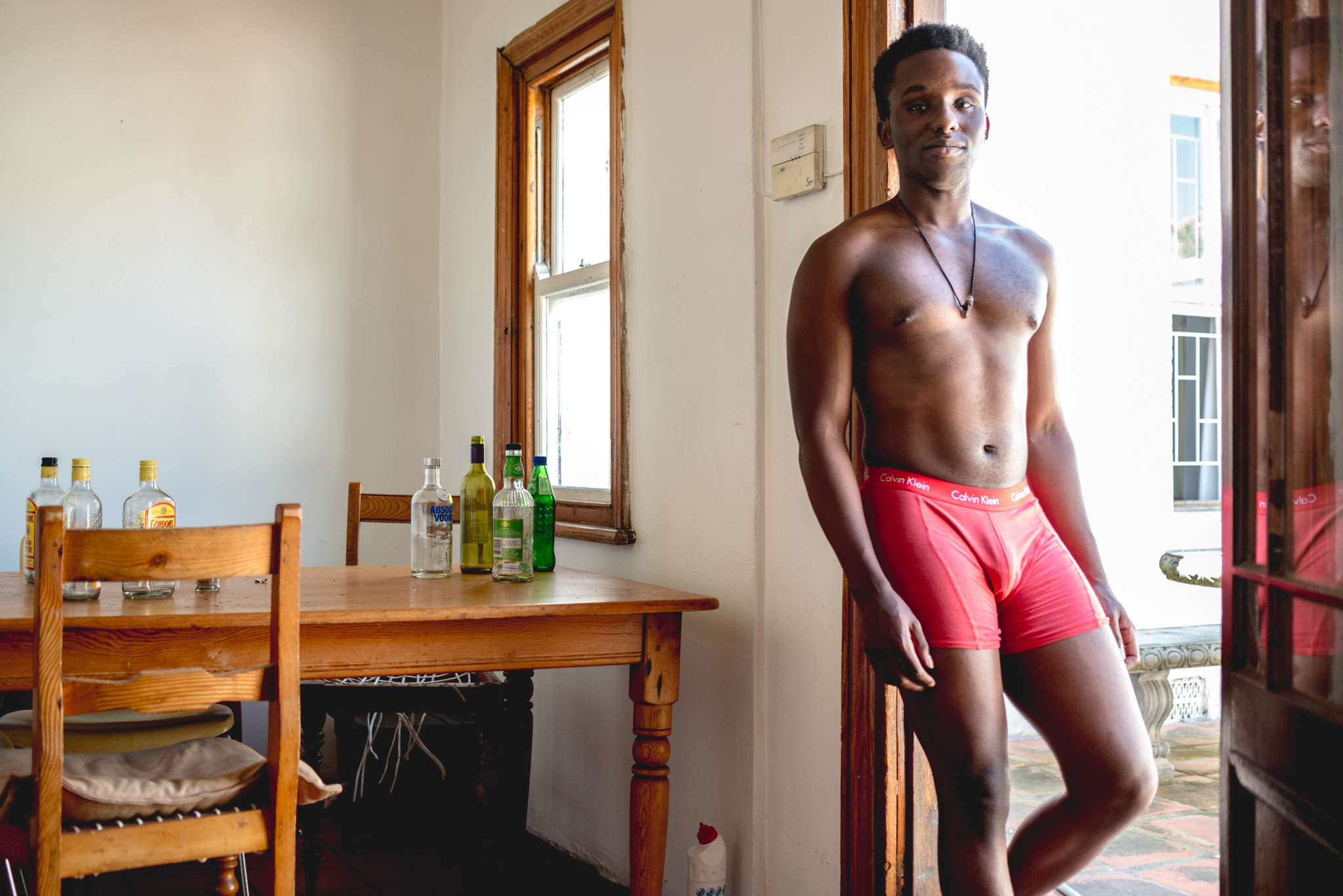 Part of the reason for choosing Cape Town was because by this point we’d done issues on four different continents but had this big gap in Africa. But whenever I thought of gay life in Africa, I always thought of hardships, of intensely homophobic laws and societies in places like Uganda. I wanted to find something more positive and so I chose what is most definitely the gayest city in Africa. I talked about this to Kai, who works at his university’s LGBTQ society, and he told me about so many gay people he knows from other countries, who come here to live freely. He also reminded me that South Africa was the fifth country in the world to allow same-sex marriage, which it did in 2006, nine years before the USA. Cape Town is definitely a gay beacon for an entire continent and for the world. 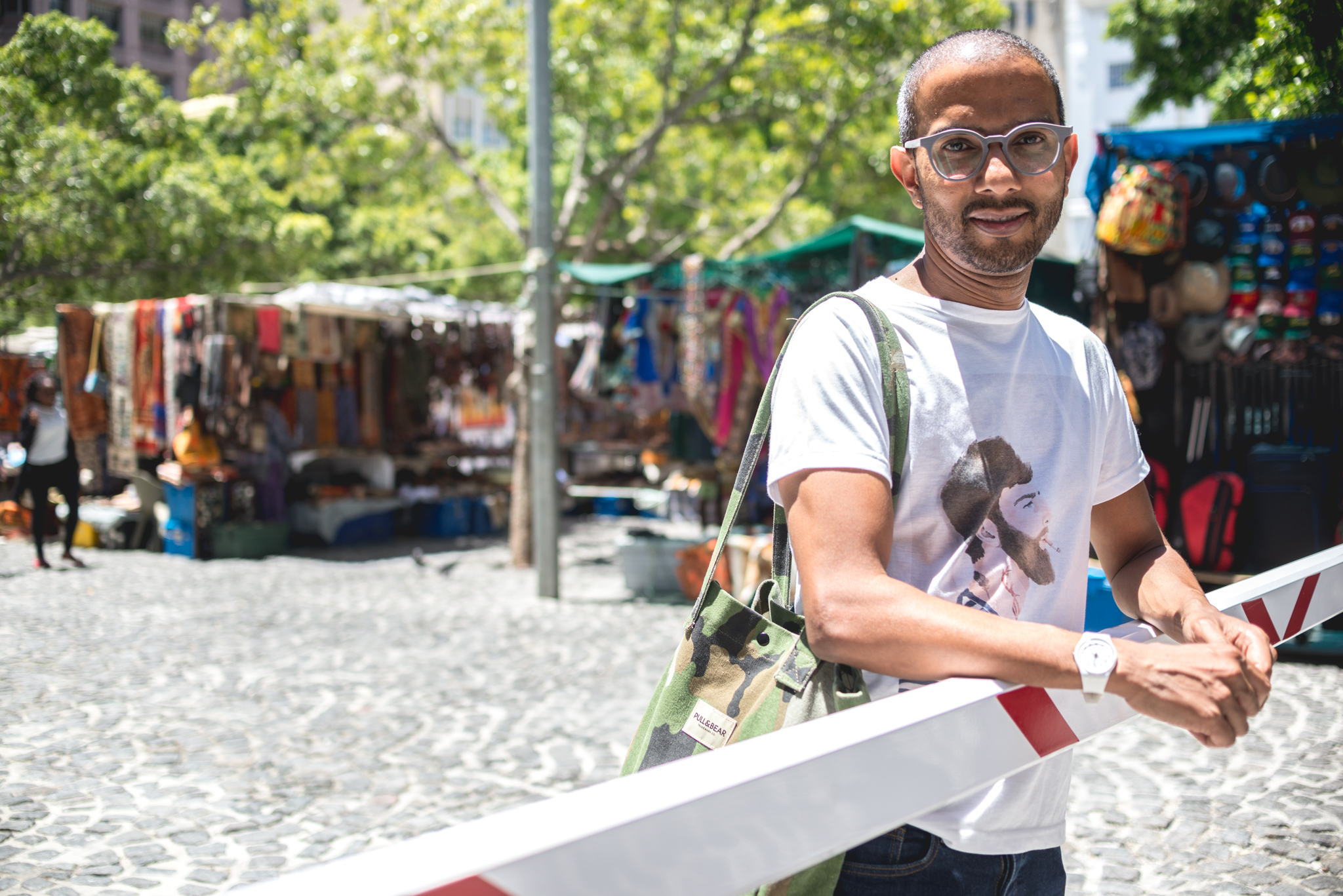 The last of the seventeen men I met in Cape Town for Elska was Fahad H. When our shoot was over we hung out for a while with tea and a good chat about life in the city. He described how the legacy of apartheid still looms over society. He told me about his boyfriend, and how before him he swore to never date a white guy. Partly this was internal prejudice, and partly it was due to practical reasons such as wanting to avoid judging parents or stares from people seeing them together. It’s interesting to think of a place where two men holding hands don’t get stared at for being gay but for being of different races. As Fahad explained, you can’t help who you fall in love with, and love makes pretty much any obstacles worth jumping over. But overcoming prejudice is not automatic – you have to be willing to see, meet, and get to know other types of people to realise that our differences don’t need to divide us. 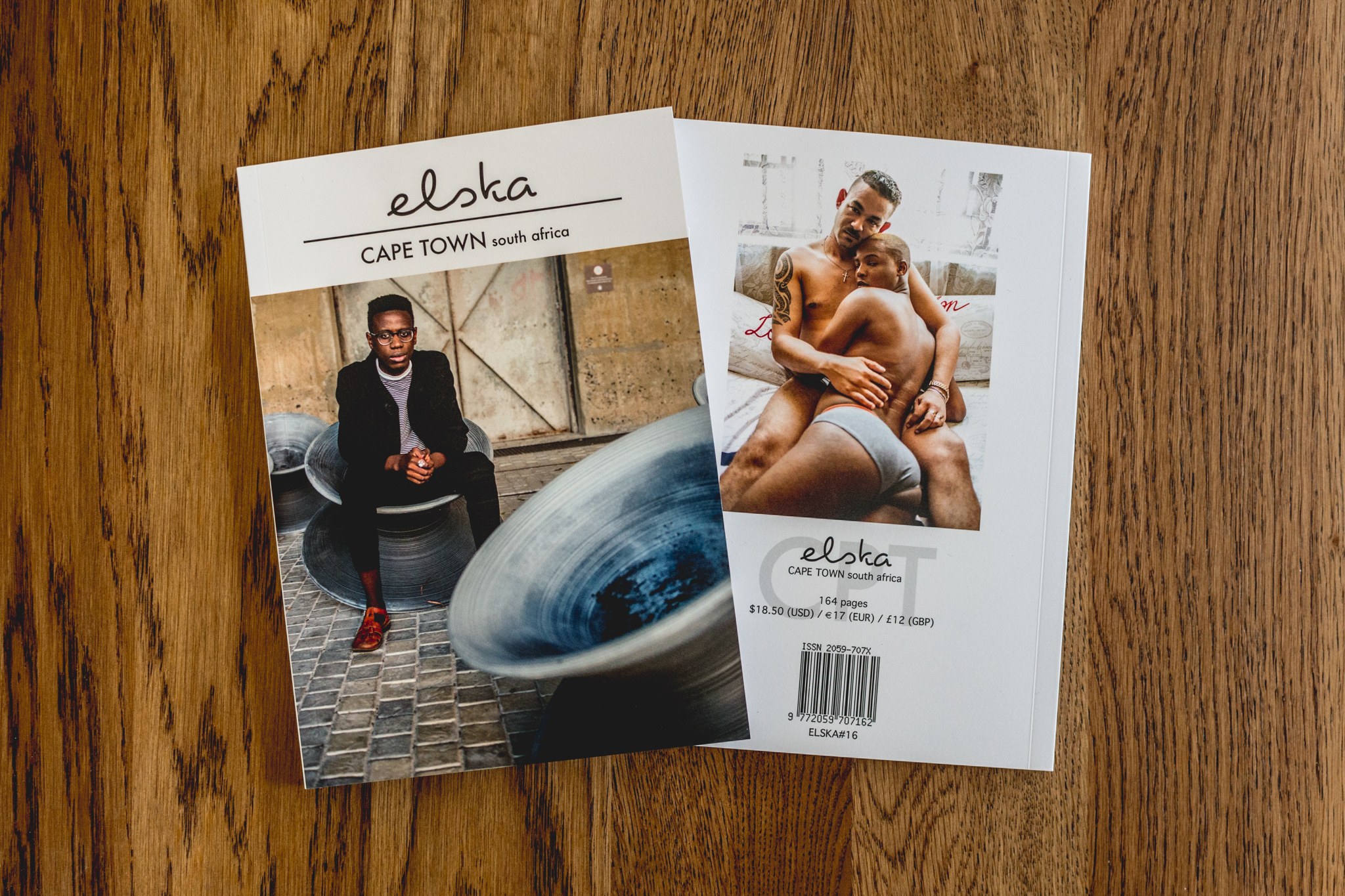 Elska Cape Town is out now in a limited edition print version and in an e-version. The companion e-zine Elska Ekstra Cape Town is also available featuring outtakes and behind the scenes notes.