The “First Friday” of each month has become a traditional celebration of visual art, when art museums and galleries host parties to introduce the masses to new exhibits.

In honor of this First Friday, here are five exhibitions celebrating art that once had been considered “trashy” or too avant-garde in the eyes of the general public. As the ancient Greeks said, beauty is in the eye of the beholder; beautiful or not, this art is sure to spark conversation among patrons as they chit-chat and sip cheap wine. 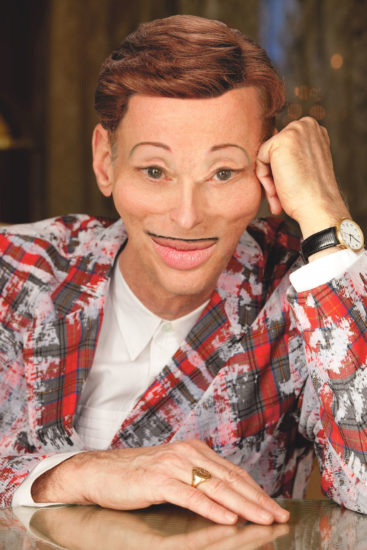 Wexner Center for the Arts, Columbus, Ohio
William S. Burroughs referred to him as “The pope of trash,” and for John Waters, that is high praise. Waters is best known as the director of socially subversive movies like Hairspray and Serial Mom, which have cult followings of fans who revel in his twisted visions. Waters is also a prolific visual artist, utilizing sculpture, found objects, and multimedia to skewer the subjects in politics, religion, and pop culture. This exhibition at Wexner Center for the Arts displays a collection of his visual works, including images from his masterpiece Pink Flamingos (photo above), as a celebration of this artist who has fought against censorship and defended the right to be deliciously filthy. Through April 28.

Objects of Desire
Schwules Museum, Berlin
Schwules Museum presents “Objects of Desire,” a collection of items donated by German sex workers, to show objects used in their daily lives as part of their professions. Yes, there are sex toys aplenty, but many of the objects are entire practical. The highlight of the show is a bicycle that was retrofitted with pedals to accommodate high-heeled shoes. With the message of “sex work is work,” this exhibition is often humorous and charming, although its motives are primarily political. The exhibition is a reaction to the Prostitution Protection Act of 2017, which regulates sex work in Germany, and has been criticized by human rights activists, sex workers, and health organizations in the country. Through June 1.

Long Light: Photographs by David Lebe
Philadelphia Museum of Art
Long Light examines work by photographer David Lebe, who was among the first artists who explored queer life before and during the early AIDS crisis. He studied the male form and photographed men in intimate poses, pushing the boundaries of art vs. pornography. (Including a remarkable series of photos of adult star Scott O’Hara after he tested HIV-positive.) It’s not all nudity, as he also pioneered a technique of creating images by “painting with light,” and mixed in are statement pieces depicting counterculture communities, including men in leather and the Radical Faeries. This exhibition at Philadelphia Museum of Art gives a comprehensive look at queer life during a defining period of social unrest and change. Through May 5.

The Gutter Art of Stephen Varble: Genderqueer Performance Art in the 1970s
ONE Gallery, West Hollywood, Calif.
Stephen Varble was a champion of 1970’s performance art in New York City, when the lawless streets provided a fertile incubator for all sorts of public shenanigans. Varble would grace the public, dressed in garments made from trash, and parade up and down like the world was his stage. At the time, the fact that he was wearing trash was secondary to the fact that he was walking around in public wearing, as he defined them, dresses. And to think, RuPaul’s Drag Race now has challenges with contestants creating looks out of trash the same way. These photographs at ONE Gallery chronicle Varble’s work, not as anything particularly scandalous, but as recognition that glamour lives within us all. Through May 17.

Implicit Tensions: Mapplethorpe Now
Guggenheim Museum, NYC
No collection of scandalous art would be complete without paying homage to Robert Mapplethorpe. Perhaps the most famous photographer in contemporary art, Mapplethorpe inadvertently became a crusader against censorship when, in 1990, his photographs were deemed to be so pornographic, displaying them was a crime.

The photos in question depicted full-frontal male nudity, nude men embracing each other, men in bondage with each other; the scandal level was so high, police raided the museum and a grand jury indicted the museum director with criminal charges of obscenity. It was Stonewall 2.0 (although not violent), and perhaps equally as important: the resulting legal battle eventually favored the side of the museum, and of artists everywhere in America who are protected by the right to free speech.

Sadly, Mapplethorpe did not participate in the trial, as he died from AIDS-related complications the year before, but thanks to the triumph of his work, his legacy lives on. It is this legacy that is on display at The Guggenheim in NYC, the perfect celebration of Stonewall’s 50th anniversary, with a retrospective of his work. And yes, it includes a lot of those scandalous male nudes and bondage scenes, which really are as beautifully photographed as they are sexy. Through July 10.