New Orleans, Lousiana, and Frankfurt, Germany are not sister cities. But perhaps they should be family. With vibrant nightlife, historic architecture, fine dining, both urban areas are paradise for LGBTQ visitors.

And they are not just great cities to visit. They also serve as hubs to nearby adventures. New Orleans, in addition to its own infamous French Quarter, boasts easy access by car ato everything from the alligator swamps to historic plantations. Frankfurt, meanwhile, boasts a growing gay scene, and is a Eurail and air gateway to Cologne, Paris, and Berlin and countless other European cities.

Fortunately, Condor Airlines has joined the cities as the family we chose, offering regular, inexpensive flights between the two wonderful queer outposts.

To celebrate this great connection, we pulled together some of the highlights from both cities and the nearby trips each affords.

Did you know the city of New Orleans boasts the fourth-largest LGBTQ population per capita in the United States? The Big Easy is known for its carnivals of sorts (Mardi Gras, Pride or Southern Decadence anyone?), Cajun cooking, queer nightlife, streetcars, and historic ‘hoods.

Starting with the city itself, we’ve assembled a short list of unique experiences just waiting to be had.

1. Spend a few days in and around the French Quarter 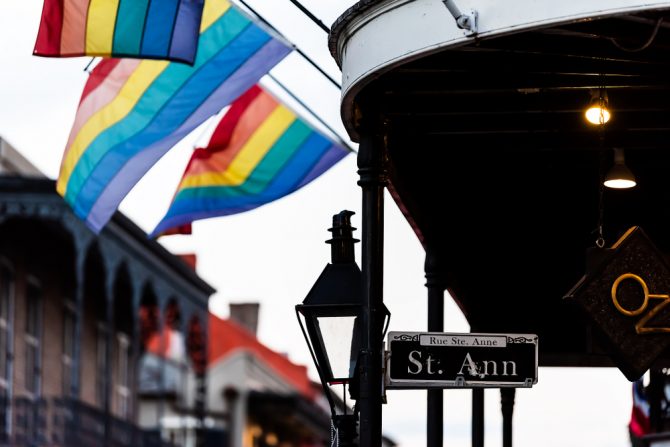 You could spend your life in the French Quarter and still not see everything. And you can’t visit this gayborhood without hitting “The Fruit Loop,” the circle of bars located within walking distance of one another, making bar-hopping as easy as it is fun.

Tips: Stay at Hotel Monteleone, enjoy café au lait and beignets at Café Du Monde and watch the clothes fall off the dancers at Bourbon Pub and Parade while sipping a Hurricane cocktail.

2. Spend a day in plantation country 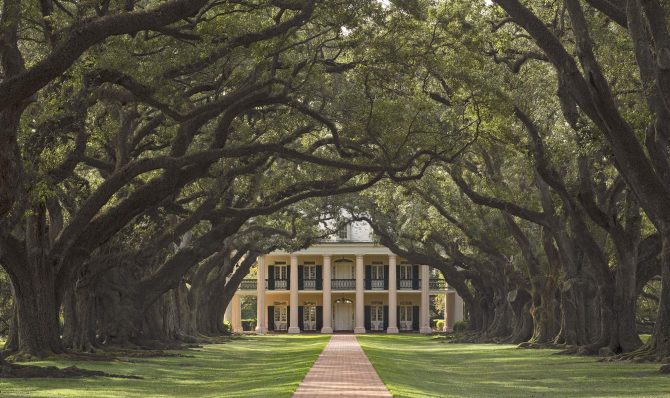 3. Head to the swamps and wetlands 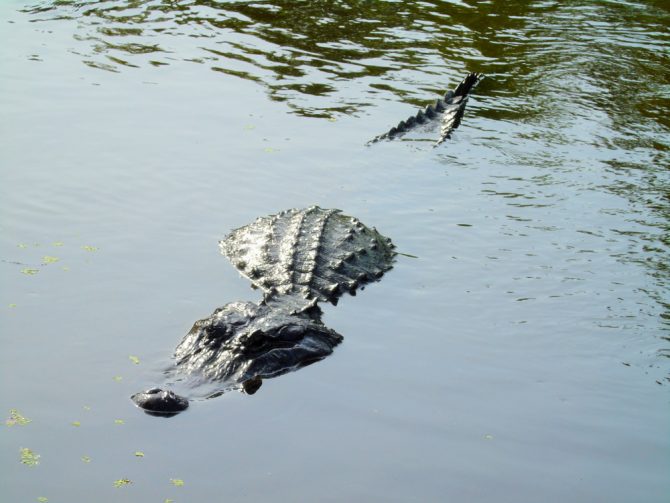 Snakes, and turtles, and alligators, oh my! Just 20 minutes via car outside of New Orleans there are vast tracts of wetlands and waterways accessed via kayak, canoe, pontoon, or airboat. Not into reptiles? There’s the Barataria Preserve, which offers lush hiking trails and picnic areas, and the St. Tammany Trace, a 27-mile mixed biking and hiking path on the North Shore of Lake Pontchartrain.

The German city is one city with two personalities. Frankfurt is a blend of history and modern technology, of historic buildings and gleaming skyscrapers, of world-class museums and raucous nightlife. Like New Orleans, Frankfurt is also two vacations in one: Besides being a great destination of its own, Frankfurt is one of the largest travel hubs in Europe, with easy access to great destinations within Germany and beyond. Even cities like Paris are but a quick trip away, aboard luxurious high-speed rail or by air. 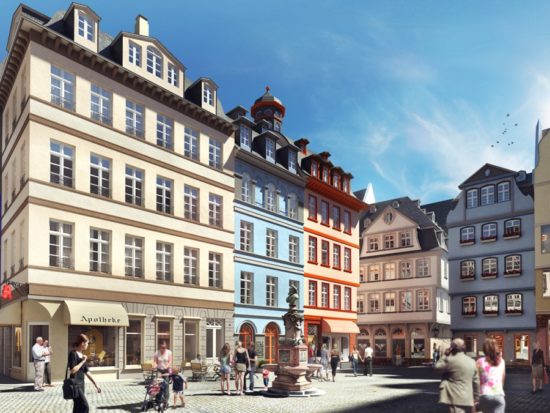 Tips: Stay at 25hours Hotel The Trip, close to historic Old Town and the main collection of bars. It is also walking distance to Central Station, making it very easy when the time comes to catch a train. Order German beer or apfelwein (cider) at Fichtekränzi in Sachsenhausen to go with that famously hearty German food. Have a night out at the classic gay bar, Central.

Here are a few ideas for exploring some of Europe’s other popular destinations just a hop, skip, and jump away from Frankfurt.

German Railways flagship high-speed train, the InterCityExpress, travels between Frankfurt and Cologne at nearly 200 miles an hour. The train deposits you directly into Cologne’s Central Station opposite the soaring Gothic cathedral, built in, yes, 1258. The fastest ICE train makes the trip in a phenomenal 67 minutes. Once you arrive, you’ll discover the party capital of Europe, with nightlife rivaling that of cities twice its size.

Christopher Isherwood’s old haunt is the reigning champion of European nightlife–perhaps of any nightlife anywhere–with venues catering to every style from vanilla to too-scorching hot to mention here. This is a city with serious bar and club options any night of the week, and many are open around-the-clock. But don’t spend every night in the bars until sunrise, because Berlin is also a cultural capital of Europe: celebrate 20th-century design at the Bauhaus Archives. 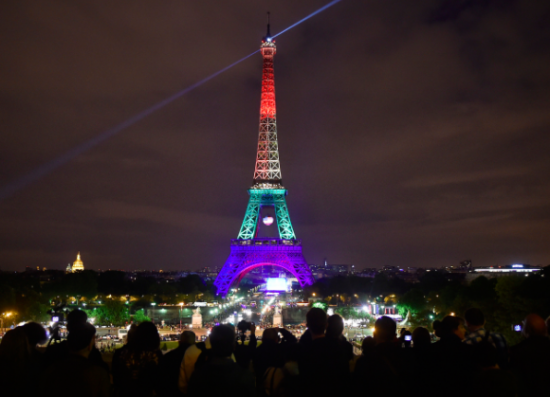 Does anybody really need to be convinced they should go to Paris? Frankfurt to Paris is less than 4 hours aboard the TGV high-speed rail line, which is an experience in itself. Arriving in the 10th arrondissement, at train station Gare de l’Est, will place you close to attractions like the Louvre and Sacré-Coeur. Although who has time for sightseeing when an entire day can be spent in Paris just sitting at a cafe, drinking coffee, munching on pastry and gazing at the stylish, sexy Parisians?

Condor offers Boeing 767 flights from New Orleans to Frankfurt on Thursday and Sunday. There are three different classes on all flights: In addition to Economy Class, Premium Class and Business Class are available.

Frankfurt Airport also offers easy access via air or rail if you want to visit other European destinations. Start your trip in Frankfurt and then train it to popular gay ’hoods in Cologne, Munich, Berlin, Brussels, and Zurich.

You’ll get there in four hours or less.