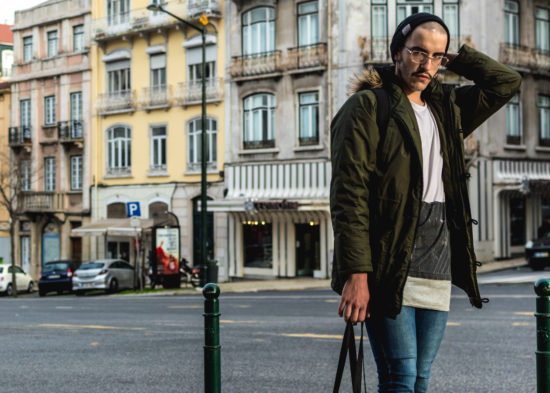 Liam Campbell is editor and photographer of the indie print mag, Elska, a project centred on travelling around the world, meeting some regular local gay guys, and introducing them and their city to readers through honest photography and personal stories.

The latest documents a trip to Lisbon, Portugal.

The first morning in Lisbon began with meeting right in the centre of it all at Rossio Square and nearby Figueira Square. Everything started fine with perfect weather and good vibes between Daniel T and us. But then I had a bit of an embarrassing moment. I noticed that he always had his hands in his pockets. I thought it was cute for a while, suggesting a sort of shyness or endearing awkwardness, but after a while, I actually kind of yelled at him to remove his hands. It turned out that he has a congenital deformity in his right hand and he wasn’t comfortable to reveal it in photos. I respected his feelings, but later he decided to mention his hand in the story he wrote for us, revealing all of himself anyway. 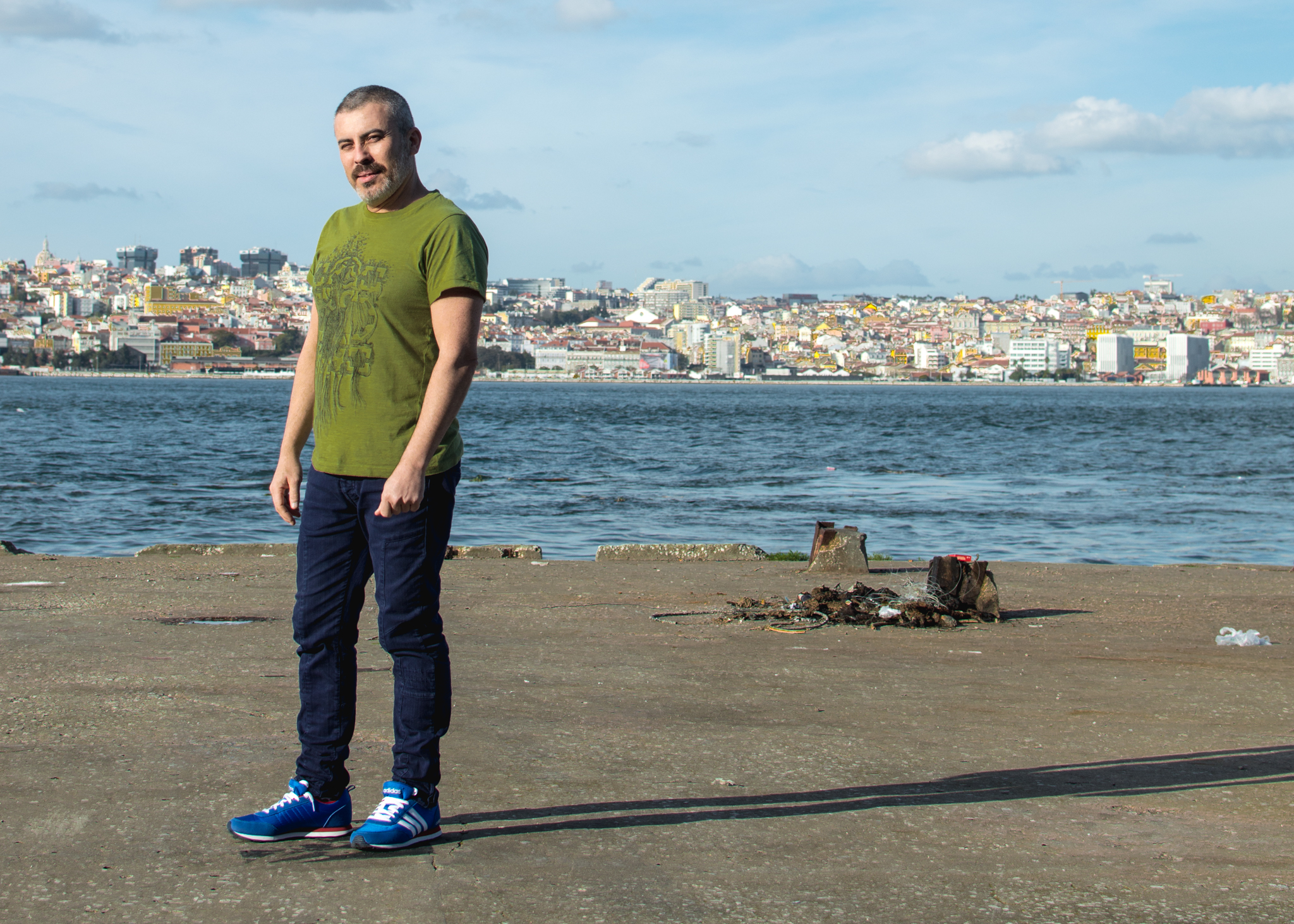 Most visitors to Lisbon stay on the northern shore of the Rio Tejo, but when we met Jorge for our photoshoot, he was keen to show us the southern side of Lisbon, called Almada. Even though the river crossing took under fifteen minutes, it felt hours away. Suddenly all the tourists were gone and things were a little rougher around the edges, with a mix of boarded-up buildings, new developments, and trendy little independent shops and cafés run by passionate locals trying to revive Almada. After our shoot, Jorge took us to this gorgeous restaurant called Kalamata. Actually, he runs the place with his partner! 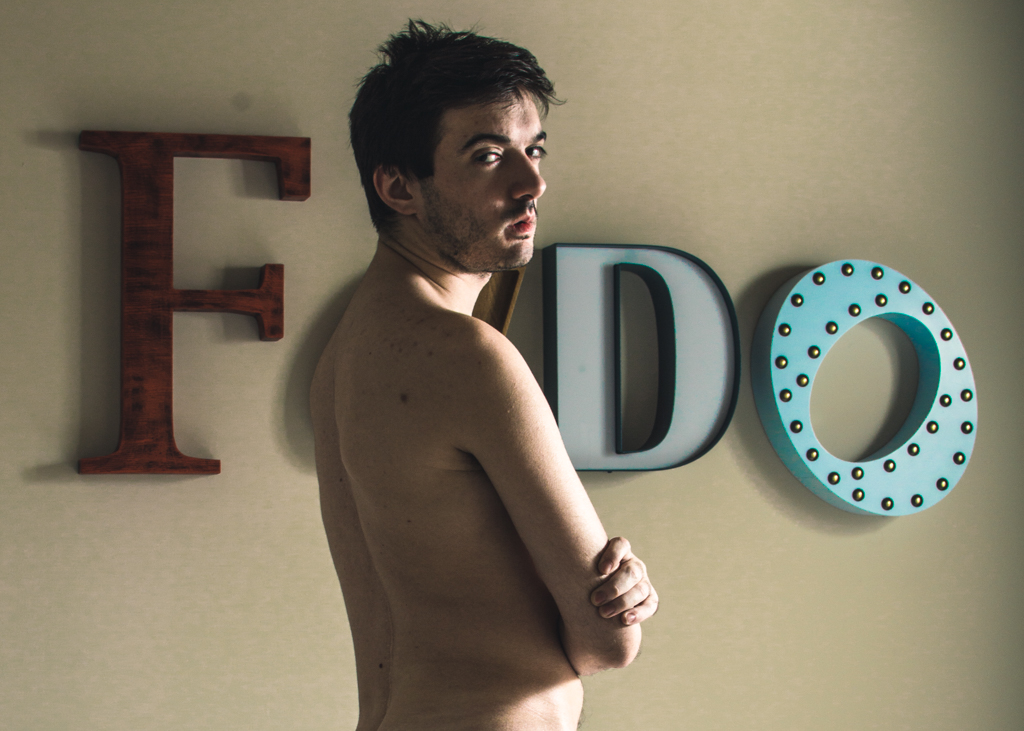 My first evening in Lisbon was meant to be free, a chance to explore the city, maybe see a fado performance in Alfama, and relax before shooting was to start. But I was just too excited to get to work so as soon as I got off the plane, I turned on one of the apps and messaged some random guys to ask if they wanted to take part. The first to reply was Andre. We met outside my hotel, had a chat and then got started. 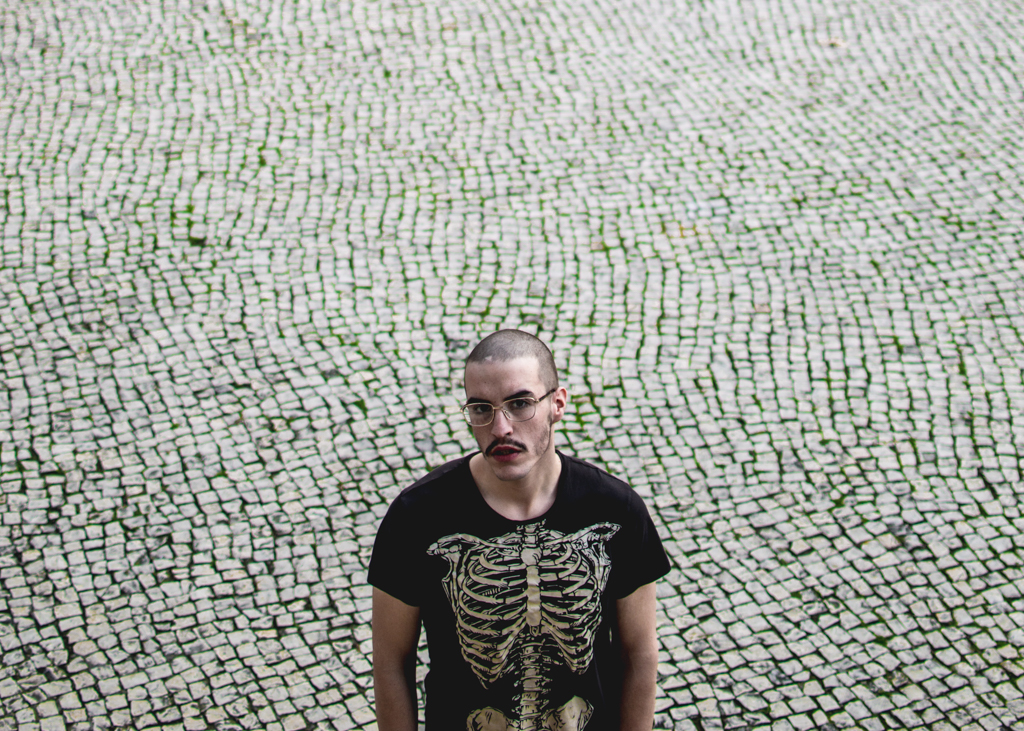 Another snag we had in Lisbon (which happens in most cities we visit, apart from North American cities for some reason), is that a few guys cancelled last minute. So we decided that I’d stay in Lisbon and try to find replacements to shoot, and my assistant Andriy Melnyk would go over to another local town Sintra to shoot there. He found a guy called Dario there and I found Luis in Lisbon. In one of those strange small-world coincidences, it turned out that Luis used to be boyfriends with a guy in one of our other issues. And he also used to live in my hometown of London, not far from my neighbourhood. Again, I wouldn’t have traded meeting Luis for anything but I was sad to miss visiting Sintra. Andriy said it was beautiful. 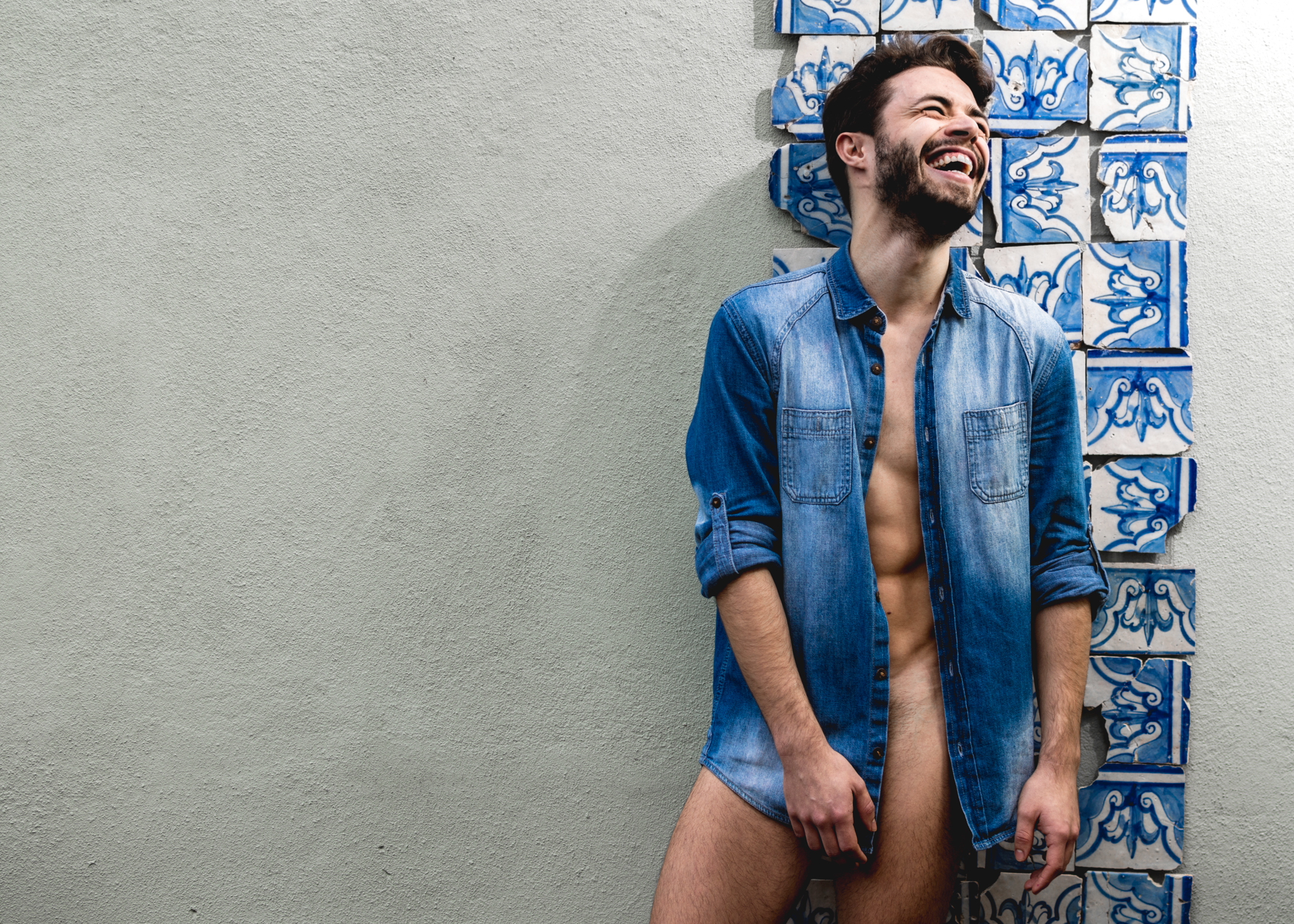 Another one of the guys we found as a last-minute replacement was Ricardo. He was friends with Pedro C, one of the other Lisbon guys we shot. Pedro even came along for the shoot, though the awkwardness of Ricardo having to be naked in front him was pretty hilarious. Oh, and in yet another funny small-world coincidence, I was back home in London a couple weeks after the shoot, was walking down The Strand, and saw this guy on the other side of the road who looked like Ricardo. I figured I was mistaken but I called out his name anyway and it was him! It turned out he was in London for a job interview. 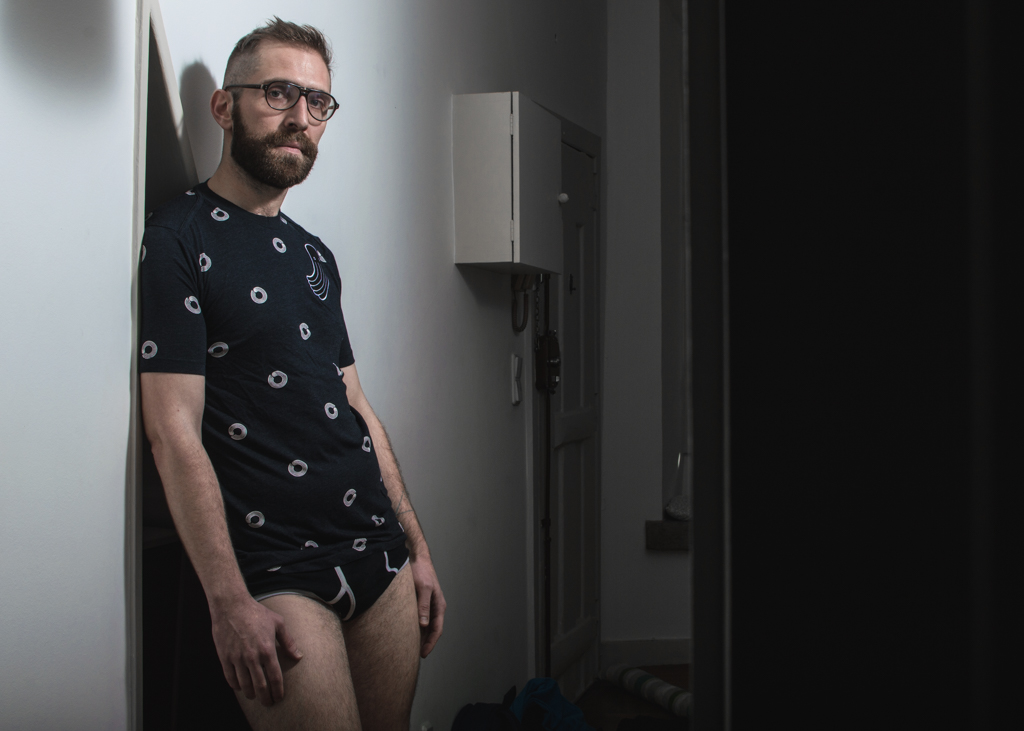 One of the goals we have in Elska for our photography is to not overly plan and just go with the mood of the moment, documenting whatever happens. But sometimes it’s difficult when a guy gets a little excited during a nude shoot. It only occurs rarely and I used to get really flustered about it as if I’d walked in on something I shouldn’t be seeing. But over time, such as with Julien here, I decided that hard-ons are totally natural too and I shouldn’t be embarrassed to document it. 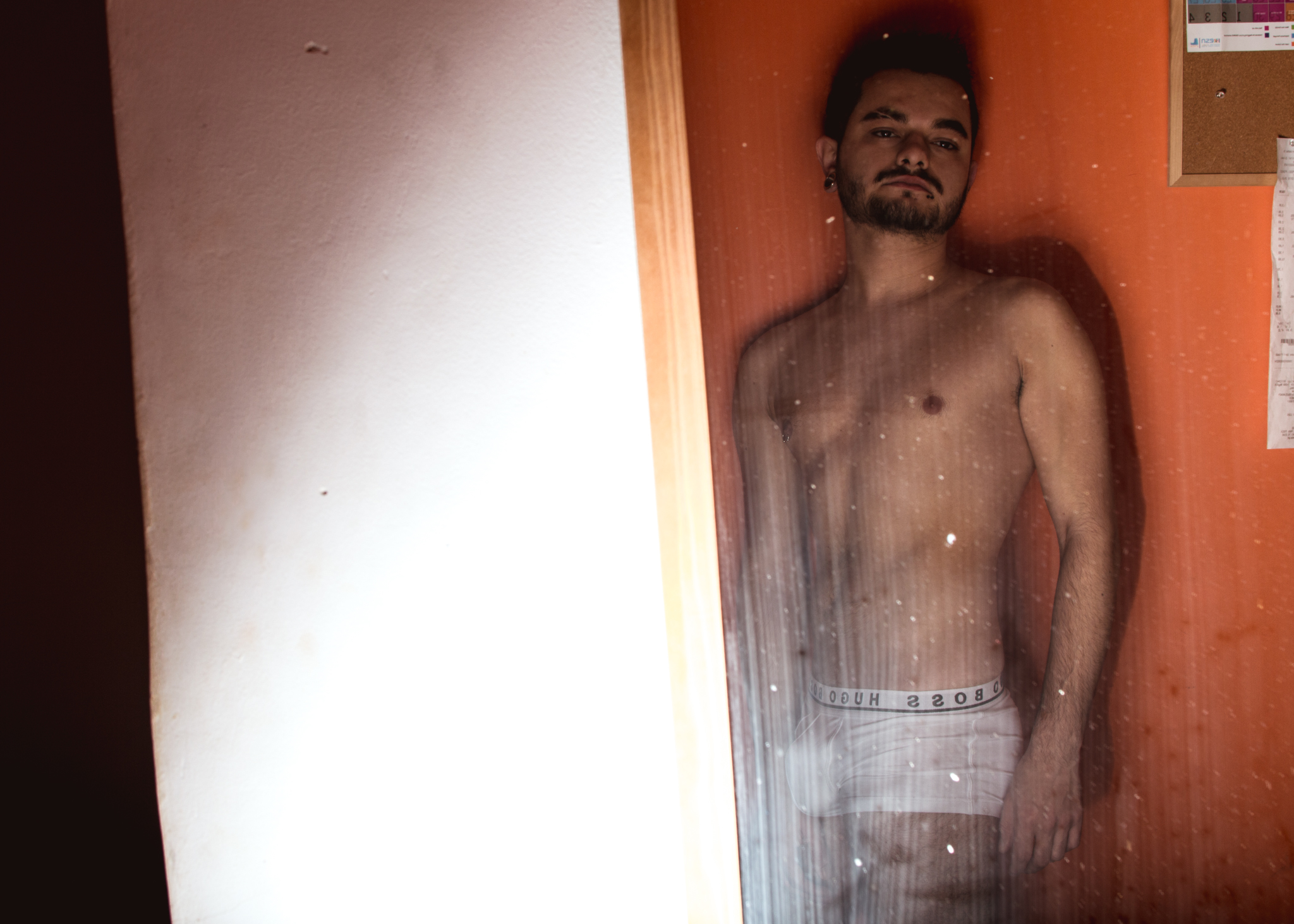 Another thing that occasionally happens during a shoot is that I might develop a little bit of a crush. When I met Matheus G I was instantly turned into a silly giddy teenager. I tried my best to hide it but I was noticeably awkward, mumbling, bumping into things, making mistakes. Usually, this happens once in every city I visit, even in the cities I visit along with my husband, but at least when he’s there he can slap some sense into me. He wasn’t in Lisbon unfortunately. 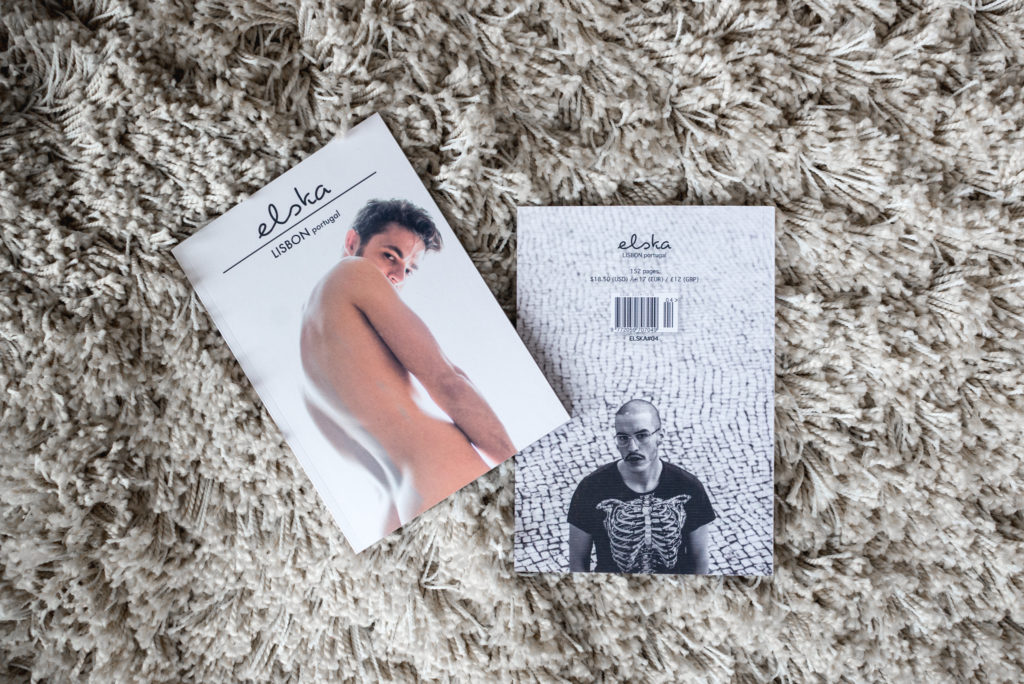 Elska Lisbon is out now in a strictly limited edition print version and in an e-version. The companion e-zine Elska Ekstra Lisbon is also available.