Planning that dream trip? Be careful what you wish for, because sometimes that travel hotspot is a giant “not.”

Hostile governments, violence, and overcrowding can turn a dream trip into a travel nightmare.

Here are five travel hotspots that should be avoided in 2019, and some great alternatives:

Brazil’s economy has been circling the drain since the 2016 impeachment of then-President Dilma Rousseff, who was accused of massive economic corruption. The Brazilian currency, the real, collapsed; violence exploded in the cities, and that led to a severe increase in attacks on gay and trans people.

In 2017, 445 people were reported to have died in anti-LGBTQ hate crimes; in 2018, statistics shows 167 trans people were murdered. Also in 2018, Marielle Franco, a Rio de Janiero city councilor who advocated for LGBTQ rights, was murdered in what witnesses described as a planned assasination, with two ex-police officers arrested as suspects.

Besides allowing attacks on gay and trans people to increase, even encouraging it, ultra-right wing President Bosanaro is also letting the Amazon rainforest burn, with the goal of opening the land for farming and exploitation, and this is ruining the source of 10% of the world’s oxygen in the process.

The fires are also displacing thousands of indigenous tribal people, who are powerless against the fires as their ancestral lands are destroyed. São Paulo, the financial and cultural center of the country, is a very progressive city, but until the skies are clear of smoke (photos top and above), and the government takes an interest in violence against gay and trans people, Brazil is not the place to visit.

Where to go instead: Get all the tropical feels and a great beach scene in Miami!

Once upon a time, going to Egypt was A-list glamour. Fly to Cairo, tour the pyrimads in nearby Giza, perhaps take a luxurious cruise down The Nile River. But despite the striking image of the pyramids (above), violence directed at tourists and years of political unrest have caused the glamour to fade, and the tourism industry in Egypt has crashed.

Egypt’s government also has a long record of aggression against gay and trans people, and in the past decade has increased arresting people suspected of participating in “debauchery,” including being at a same-sex wedding, or just holding up a rainbow flag at a concert. When police raided a bathhouse in Cairo and arrested 26 men and charged them with suspected homosexuality (bathhouses, or hammams, are common in the city), the incident was filmed and played on the news, with the partially-undressed men walked in front of cameras set up on the street.

Where to go instead: The government of Peru has taken control of crowds overwhelming Machu Picchu, and now requires visitors to purchase tickets to visit the site. Bonus: Lima, the capital of Peru, is a fun, vibrant city, and Peruvian food is absolutely delicious! Ceviche is a traditional Peruvian dish. Yum. 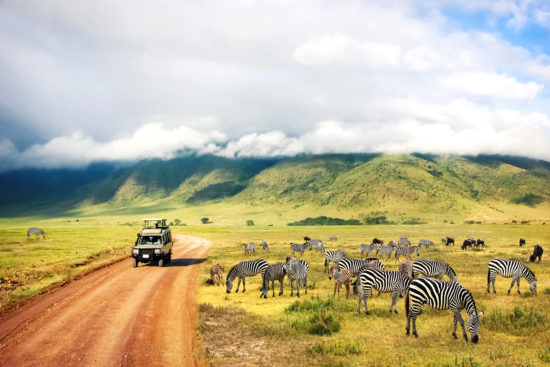 That photo of Tanzania is beautiful, isn’t it? The safaris in eastern Africa are epic—but so is the homophobia. Tanzania’s government is so aggressive, they ask citizens to call the police with names they suspect might be gay. Citizens have fled the country amid reports that police are breaking into people’s homes and arresting them, just for being suspected.

Where to go instead: South Africa has been at the top of Africa’s must-visit list for years, because of the spectacular safaris and also for the gorgeous, cosmopolitan city of Cape Town. As a bonus, South African safaris often make a stop in Botswana, which recently struck down laws against same-sex relationships.

“Don’t come to Amsterdam” is the mantra of tourism officials, as the city battles “overtourism,” the plague of destinations that are overwhelmed with unmanageable crowds of visitors. Almost 18 million people visited Amsterdam in 2018, and the city only has an approximate population of only 800,000. This has led to exhausted residents complaining to the government about tourists clogging the sidewalks and canals, and who stop all over the city to pose for photos, like these tourists who are disrespecting the brothels in the red light district (photo above).

Among the most problematic culprits are cruise ship passengers—perceived to be cheap visitors who walk around a city but do not spend money on hotels, restaurants, or shops, and just buy cheap souveniers and T-shirts. That led to the government’s decision, in 2019, to implement new taxes on each person who disembarks from cruise ships. Amsterdam also has strict laws against companies like Airbnb, which allow tourists to stay in residential areas, which creates safety and cleanliness concerns, and are accused of driving up the cost of housing.

Where to go instead: For a city with all the romance of canals, foot bridges, and historic architecture, visit Stockholm. For great nightlife, there’s no better place in Europe than Berlin.

The island country of The Bahamas is a popular travel destination, especially for cruise ship passengers, who love the gorgeous beaches and crystal-clear water. But the island nation has a long history of discrimination against gay and trans people, and so many visitors have reported incidents of bigotry and even violence, the Canadian government has issued a travel advisory against The Bahamas due to safety concerns.

Problems are further exacerbated by indifference by local police, who are reported to not investigate crimes against tourists perceived to be gay or transgender. The Bahamas remains a popular destination with gay cruises like Atlantis Events, which stopped in Nassau in February 2019 with no reported problems. But as one passenger noted, many stayed safely on board and didn’t experience the port at all: “We were having too much fun and nobody wanted to get off the ship.”

Where to go instead: Go to Hawaii. Much of The Caribbean is struggling with the scourge of sargassum, the seaweed that is choking beaches with foul-smelling rot. Sargassum has grown out of control, a result of rising sea temperatures, and fertilizer runoff from Brazilian agriculture. Brazil ruins everything!