For anyone who is a fan of the arts, the next few months should not disappoint. From a one-night-only concert experience to a musical immortalizing an icon to an exhibition of queer history prominently on display, here are three cultural events you will not want to miss:

1. An Intimate Evening with Jennifer Holliday in South Beach

Wishing our one and only Dream Girl a very Happy Birthday!Today we celebrate the Legendary Jennifer Holliday

Miami Beach Pride is bringing Broadway to South Beach next month as they present legend Jennifer Holliday on-stage for “one night only” at the Faena Theater. A pre-concert champagne reception will take place at 6:30 pm; her performance begins promptly at 8 pm.

The Grammy and Tony award-winning artist, best known for originating the role of Effie White in Dreamgirls, will perform her many gospel and R&B hits in concert to benefit the Pride org., a group that is no stranger to hauling out its famous friends.

In 1981, Diana Spencer captivated the world when she married the Prince of Wales in a fairytale wedding watched by more than 750 million viewers. However, life among the royal family was anything but “happily ever after.” Despite her unhappiness, the “People’s Princess” proved herself to be a powerful ally to the gay community at its most vulnerable time—during the AIDS epidemic. Not only did she open Britain’s first HIV/AIDS unit at London Middlesex Hospital, she famously, and, in front of the world, gave a bare handshake to a man afflicted with AIDS at a time when many still believed the disease could be transmitted merely by touch.

Next month, the La Jolla Playhouse in San Diego will debut a new musical based on Princess Di’s life. The show, entitled simply Diana, comes from director and Tony® Award-winner Christopher Ashley, and Joe DiPietro and David Bryan, the writers behind the Tony® Award-winning musical Memphis, and will run from February 19-April 7, 2019.

“To bring Diana to life onstage is obviously a huge privilege,” de Waal said in a video interview. “She made everyone feel special, from the highest person to the lowest-ranking person, and I think we want to celebrate her.” 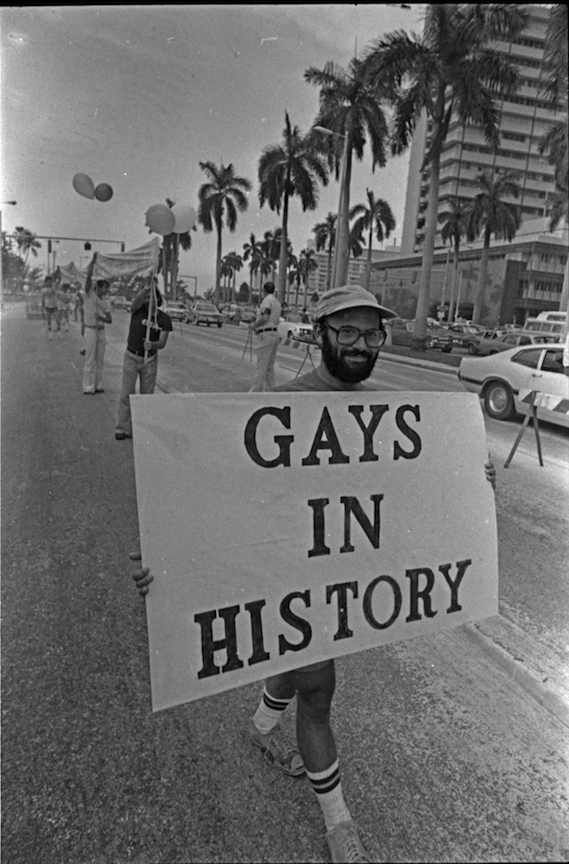 Queer Miami: A History of LGBTQ Communities, an exhibit chronicling 100 year’s of the city’s queer past, will be on display at the HistoryMiami Museum from Saturday, March 16, 2019—Sunday, January 12, 2020. Curated by history professor and Miami native Julio Capó Jr., the exhibit hopes to address topics affecting the LGBTQ community like policing and criminalization, community development, advocacy and activism, immigration, and the AIDS crisis.

Visitors to the exhibition will find on display memorabilia from some of Miami’s oldest gay bars, photographs of rallies and marches, archival material from Anita Bryant’s “Save Our Children” campaign, and original video interviews from the people involved in creating Miami’s LGBTQ communities.

Check out this fabulous subway station named after an Argentinian hero