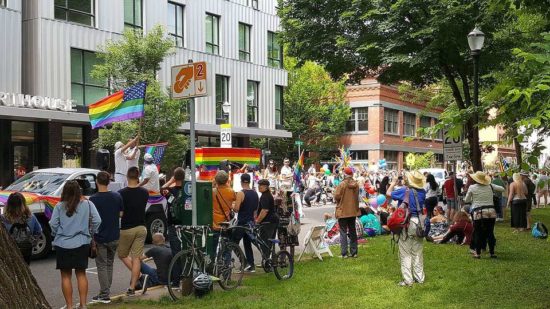 The entire downtown of Portland is walkable, with many of the city’s main attractions located within a few miles of each other. What was obvious from the start was the abundance of rainbow flags scattered throughout the city. I think it’s safe to say that Portland may have the highest concentration of rainbow flags per capita than any city I have visited.

My first stop in Portland was The Oregon Jewish Museum and Center for Holocaust Education. The museum explores the legacy of the Jewish experience in Oregon and teaches the universal lessons of the Holocaust. The museum features rotating exhibitions that showcase Jewish contributions to world culture, issues of Jewish identity, and the forces of prejudice. 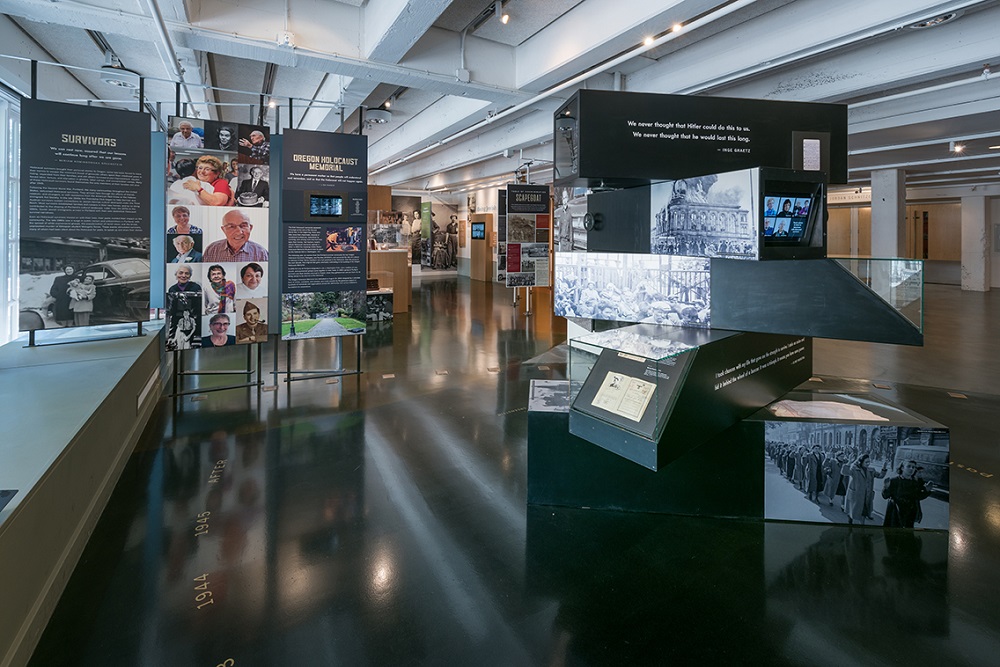 Not too far away is Lan Su Chinese Garden, one of Portland’s greatest treasures. The garden came about as a result of a collaboration between the cities of Portland and Suzhou, China. Lan Su was built by Chinese artisans from Suzhou and is one the most authentic Chinese gardens outside of China. Once inside the garden’s walls, you’ll feel as if you’ve traveled through time. The garden’s name can be loosely interpreted as Garden of Awakening Orchids. If you have time, visit the Teahouse to enjoy a cup of Chinese oolong paired with an assortment of steamed dumplings or noodles. 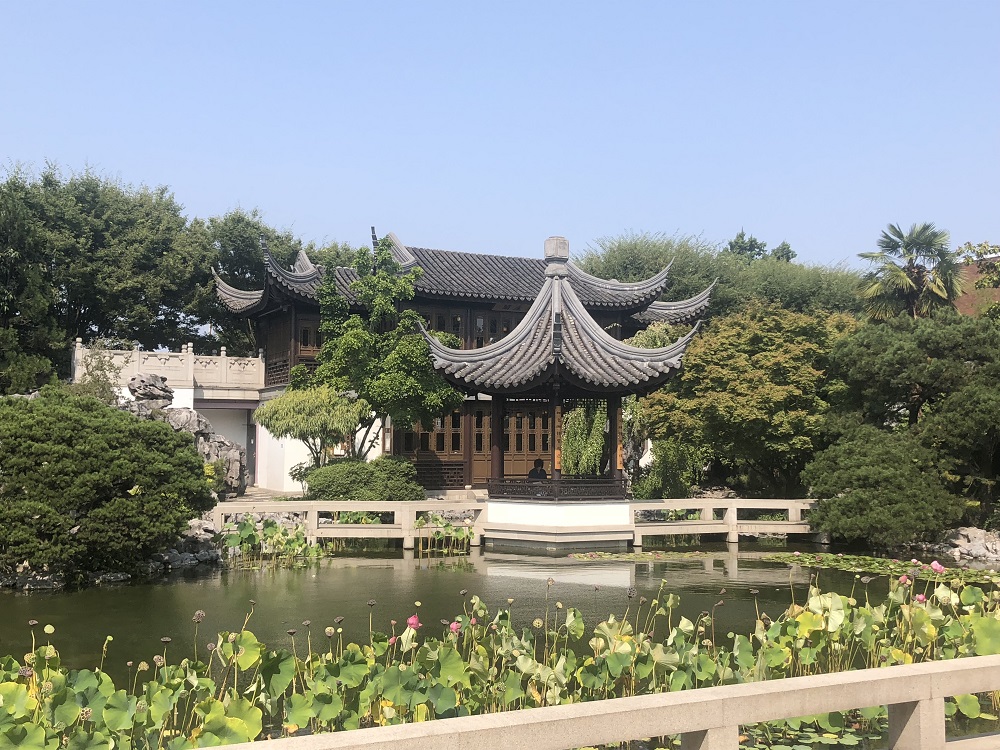 Portland has no shortage of gay bars and clubs. The main establishments in the area include Scandal’s, Crush, Local Lounge, Silverado, Eagle, CC Slaughter’s and Stag.

I decided to stay at the Hampton Inn & Suites, located in the Pearl District neighborhood, mostly for its location. The rooms were nicely furnished but the standouts of the hotel are definitely the rooftop patio with panoramic views of the city and Mt. Hood, a fully-equipped fitness center, and indoor pool. The fairly new property is also located within steps of wonderful restaurants, boutiques and art galleries, so I would highly recommend it especially if you have never been to Portland. The Pearl District was formerly a neglected corridor of abandoned warehouses and railways, but in recent years, it has been revitalized and quite trendy.

About a mile walk from the hotel is the Portland Art Museum. Founded in 1892, the museum is one of the oldest art museums in the country and the oldest in the Pacific Northwest. The museum boasts a collection of over 42,000 objects reflecting the history of art from ancient times to today. I loved the galleries featuring Asian and Native American art. If you have a chance, try to find works from Modern Masters including Henri de Toulouse-Lautrec, Pierre Auguste Renoir, and Edgar Degas as well as contemporary pop artist Roy Lichtenstein.

During my stay in the city, the museum presented The Shape of Speed: Streamlined Automobiles and Motorcycles, 1930–1942, a special exhibition which featured rare streamlined automobiles and motorcycles. The concept of streamlining began in the 1930s and extending until the beginning of the World War II. Automotive designers were encouraged by the confluence of aircraft design with the sleek shapes of fast railroad locomotives.

I have a fascination with wine and the outdoors, so why not combine the two? That’s exactly what Evergreen Escapes did with their Columbia Gorge Waterfalls and Wine Tour. The six-hour guided tour will take you outside the city on a scenic drive with multiple stops along the way at some of the area’s most beautiful waterfalls and hidden gems. We began out tour after lunch at the Columbia Gorge National Scenic Area. Surrounded by towering basalt cliffs and other fascinating rock formations, this area really showcases Portland’s natural beauty. There are Instagram moments around every corner. We were able to hike all the way to the base of the falls, and being that it was a weekday tour, the crowds were very minimal.

After visiting 3 of the area’s parks, the tour continues with some wonderful Columbia River Gorge wine tasting. We stopped at two vineyards and sampled nearly a dozen wines along the way. Cathedral Ridge and Wy’East Vineyards both had a unique ambiance and variation of wines. My personal favorite, however, was the 2015 Dampier Pinot Noir at Cathedral Ridge.

Portland offers a wonderful variety of activities ranging from art and culture to nightlife and adventure, truly something for everyone. I was also told of a gay beach located about 45-minutes outside of the city along the Pacific coast. Unfortunately, I didn’t have time to visit on this particular trip, but there’s always the next time.